The final countdown to our 2020 GE Digital User Conference is underway and we’re eager to bring you all the latest inspiration, lessons learned, and technology deep dives in a virtual experience. Every year we work hard to carefully curate a schedule that will inform and excite attendees across industry.

While we will miss being together in person this year, we’re pleased to extend the conference to all attendees at no cost, virtually from anywhere around the world.

Five tracts have been filled with dozens of sessions carefully curated to bring you innovations most relevant to your responsibilities and the goals of your organization:

Mr. Quinones will also explain that when New York became the epicenter of the United States’ COVID-19 pandemic, NYPA’s new digital, and now-remote, system enabled most of its 2,400+ employees to adapt to the new normal. By using a new smart operating system that creates seamless operations both remotely and in person, GE Digital’s APM software enabled critical infrastructure to remain operational while minimizing risk to the health of its the workforce and becoming a pandemic success story.

At Toray Plastics, the Information Systems team premise is that when the flow of information is delayed or not available, the cost of doing business rises. Toward that premise, the team relentlessly removes waste (muda) and has achieved significant success. Learn how Toray leveraged the Proficy suite, including Proficy Plant Applications and Proficy Historian, to achieve yearly savings in the millions of dollars. The solution standardizes best practices across divisions, integrates with ERP and advanced planning & scheduling systems, removes costly manual processes and limitations, and eliminated 37 siloed systems.

Sabesp is the fourth largest water & wastewater company in the world, being responsible for assisting more than 27 million people in 373 cities in the state of São Paulo, the richest Brazilian state. Baixada Santista Business Unit is responsible for the services at 9 cities in the south coast of the state of São Paulo, assisting 1.8 million residents and up to 4 million people including tourists during summer season. This BU is developing a SCADA modernization project using iFIX, ThinManager and RDP protocol in a server-client architecture with 22 water and sewage treatment stations and one operational control center (OCC). Also, the project aims to replace a legacy portal with Proficy Webspace as the “OCC Portal” software tool and to implement Visual KPIs as a web-based tool for viewing Proficy Historian data in dashboards. The first tests using RDP in the SCADA architecture showed the need to upgrade the bandwidth of the Internet links used on the water and sewage treatment stations, so the system can function satisfactorily.

The shale gas revolution in the late 2000s marked a turning point in the U.S. oil and gas industry. For Freeport LNG, it meant taking their business in a new direction: transforming an import terminal into a natural gas liquefaction and liquefied natural gas (LNG) export facility. As part of this journey in 2015 the operator selected GE Digital Asset Performance Management as its mechanical integrity platform and enlisted Stork, a Flour company, for the functional role out of the program. This included the development of risk based inspection strategies, the implementation of all initial wall thickness measurements (TMLs) on fixed equipment and continued inspection services as the plant came online. All of these components were implemented in the pre-commissioning phase to establish an “optimized” mechanical Integrity program before first gas.

How DER is resharing our Energy System

The increase of DER’s (Distributed Energy Resources) in the Energy landscape is reshaping our Energy System in a radical pace. Stedin, a Dutch urban DSO active in the middle and southwestern part of the Netherlands, likes to share some thoughts on how a DSO deals with DER in a DSO grid.

From different points of view, we’ll share some experiences and actual developments in the Energy System;

Records Management – The Path to Stability

Learn how GE and Republic Airlines worked together to recover from a poorly implemented solution to a smooth and stable records management process. The new implementation helped Republic to execute on newly-identified opportunities for process improvement and expansion complete with metrics to track performance and maintain control. We will discuss how GE and Republic partnered to identify the root causes of the pain points and how to address each pain point.

These are just a few of the exciting sessions we have planned. Please visit our event schedule to see a full list of programming and guest speakers.

We look forward to seeing everyone “virtually” starting on October 13th.

Neenu Sharma is GE Digital’s chief diversity officer (CDO) and vice president of brand and corporate communications. As CDO, Neenu leads the effort to establish operational goals and priorities related to inclusion and diversity and provides leadership to achieve those goals in partnership with HR and the rest of the senior leadership team at GE Digital and with the other CDOs across GE.

From Resilience to Innovation 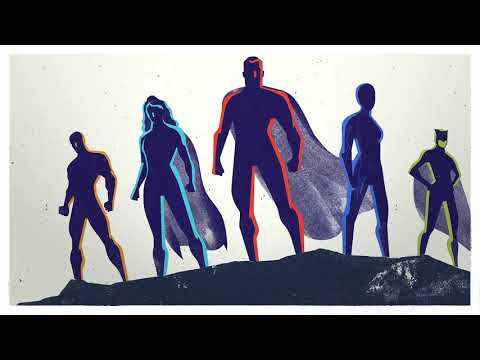 A time for industrial superheroes

Our User Conference 2020 has concluded.  Check out keynotes and highlights from the event.