Keurig Dr Pepper Inc., formerly Keurig Green Mountain, is a leading beverage company in North America and the first to bring hot and cold beverages together at scale. Formed in 2018 with the merger of Keurig Green Mountain and Dr Pepper Snapple Group, Keurig Dr Pepper holds leadership positions in soft drinks, specialty coffee and tea, water, juice and juice drinks and mixers, and markets the #1 single serve coffee brewing system in the U.S. and Canada.

To boost operational effectiveness, this beverage leader started their digital journey with Proficy Plant Applications’ Efficiency package and realized their return on invest quickly.  They were able to pull information that was output from the machines and run reports in real time, allowing their teams to make actionable decisions.  Keurig worked with GE Digital’s partner AutomaTech to implement their MES solution. 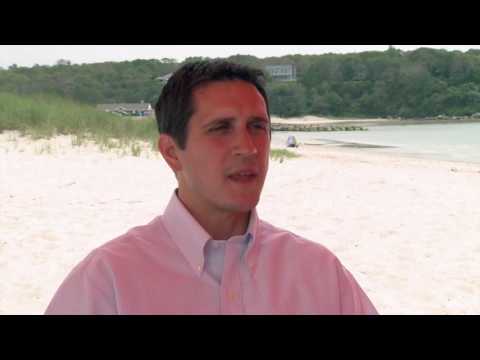 “We started off small, and we decided that the most important thing as far as what the focus was to sustain this growth was to go into our packaging lines and collect OEE and downtime, mainly the OEE was more of a scorecard for how each of the plants were doing or how different vendors equipment was doing across the enterprise and then the second piece was capturing downtime, which is directly related to OEE but was another source of a lot of information that we can get on how things were performing or where there issues were to maximize the use of all the equipment out there.

“When we went to Green Mountain, we were able to tour the facility and see how the K-Cup® pods were being manufactured through the filling lines. It’s a very high-speed system, very demanding as far as making sure that it’s working properly.  Using products like Plant Applications Efficiency, they were able to pull that information that was already being output from the machine and quite easily, provide the reports in real time to supervisors and operators, so that they can make actionable decisions.”

“We’ve had it out there now for about four years, so I think there’s really a growing user community that appreciates the data and is doing well with it through mostly building a good infrastructure of reporting and having a good team of a couple of people that do maybe 75% of their job as to servicing customers and building these reports. A lot of what the initial intent was to get this OEE set up in a scorecard environment so that each of the plants knows how its performing and for the senior management to be able to evaluate how the plants are performing.”

“We ended up choosing the GE solution and partnered with AutomaTech.  I think we are really benefiting from having an established partnership where there is a lot more interaction and exchanging of ideas. In the second phase of our project now, it’s much more complicated, more connected, more integrated, up through into the ERP system and down to the systems on the floor.”

“Green Mountain selected GE software because of its capabilities. They saw that it provided the full solution for them.  GE is a large company, they’re going to be around for a long time, they are going to be able to support the global customers and so is AutomaTech.  We are the right arm of GE in this region, and there is a large commitment by GE and the employees of AutomaTech to support those customers throughout their implementation and beyond.

AutomaTech is a leading provider of industrial technology solutions focused on improving your operational performance. By harnessing the power of data, we enable significant gains, visibility across your entire organization, and increased profits for a competitive edge. Our product offering includes a flexible and scalable mix of hardware and software solutions to solve your toughest challenges while providing a roadmap for future improvements and growth.