decrease in total number of mechanical and electrical downtime events

Increased the availability of machines, equipment, and workers

Grupa Żywiec SA - Browar Warka is the second biggest brewery in the Żywiec Group in Poland, selling more than 2.7 million hectolitres of beer per annum.

Companies operating in the food and beverage (F&B) industry face stiff competition and customer satisfaction is of the utmost importance, creating a need for constant improvement in production techniques. To be able to remain ahead of their competitors, companies have to shorten both the launch time of new products onto the market and the time for processing orders. This requires increased production line efficiency.

“Increased effectiveness of bottling lines is one of the priorities for our brewery,” explained Krzysztof Żyrek, Production Director at Browar Warka. “In order to attain this goal, we must be able to accurately describe all events that cause stoppages and slow-downs in line production. Thanks to the automatic online monitoring of our machines, our new manufacturing execution system (MES) is able to collect detailed data about the time and reason for each breakdown as well as to provide up to date information on line productivity to the management plus the line operators. It also enables analyses to be carried out later, which help to eliminate causes of the stoppages and aid engineers in their everyday work.”

Plant Applications, part of GE Digital's Manufacturing Execution Systems (MES) suite of solutions, provides information in real time about the bottling lines, enabling a quick reaction to potential problems. Supplied and developed by the local systems integrator, Bonair, the MES software solution used for the KHS (KHS AG, Dortmund, an international manufacturer of filling and packaging systems for the beverage, food, and non-food industries) bottling lines has improved its effectiveness, helping to eliminate stoppages and losses in the bottling process.

Prior to the implementation of Plant Applications, data on bottling line stoppages was entered manually into the Microsoft databases by operators.

The system was less accurate than the current one, and it did not register ‘micro-breakdowns,’ i.e. those under five minutes. It also took a lot of the line operators’ time.

The efficiency management capability within Plant Applications measures and analyzes parameters of efficiency and the degree of use of production resources—tools, machines, and people. Targets are set in production plans on how many thousands of bottles should be filled during an hour and over the entire eight-hour shift. In the event of the targets not being met, the efficiency management capability shows the reason for the lower productivity of the line.

Using analysis of micro-stoppages and breakdowns on production lines, the module reveals if the problem was caused by planned stoppages, machine breakdowns or defects in containers or caps. It could also be caused by a given personnel’s inefficient handling of the line or slow reaction to machine jams or stoppages, or that certain label types cause the machines to jam more frequently.

Efficiency management’s ongoing monitoring of the production line enables up to date verification of whether a shift of employees have met their target, if the realization of the monthly pans are on track, and if any of the parameters are threatened.

At the beginning of the implementation process, technical infrastructure was installed and configured. Connections were made to interfaces at automation controllers on production lines, mainly the necessary devices for data collection. The data comes from sensors on the bottling line machines. It is recorded by Historian from GE Digital data collectors in real-time. The next stage of the implementation was the configuration and analysis of the data in Historian.

The bottling lines include a range of machines used, for example, for washing bottles, verifying their cleanliness, pasteurization, filling, verification of the amount of beer poured into each bottle, capping, labeling, and unpacking and packing of crates. A key task was modeling all these machines together with a description of every state they could be in. A corresponding electrical signal in Historian was linked to each such description (stoppage, shortage, lowering/ raising of forklift, etc.). Using this information, the software can determine if a machine has stopped, released a faulty product, performed its operation incorrectly, or transferred to another machine a set number of items.

“The biggest challenge was to link the new Manufacturing Execution Systems (MES) to the original control system on the bottling line and this aim was fully achieved,” added Żyrek. “We wanted an application that would be able to pinpoint the culprit machine from amongst a series of machines stopped at the same time. It was also important for us to enable operators to comment on given breakdowns and add planned stoppages—such as breaks, refittings, and overhauls.”

In order to meet the client’s expectations, Bonair altered the concept during the implementation phase and created an additional application enabling machine operators to add more data on production line events. When stoppages occur now, operators can choose the appropriate reason from a list shown on the operator’s touch-screen panel.

“Despite all these modifications, Bonair was still able to meet all the objectives and carried out the full implementation within the specified time,” emphasised Żyrek

It was determined at the modeling stage what type and form of reports the system was to generate. This request was facilitated by a GE Digital web-based solution that provides reports in real time. This capability provides a ready package of over 20 out-of-the box reports, which in effect reduces the cost of implementation and also subsequent maintenance and development of the MES.

Browar Warka management has ongoing access to overall weekly and monthly statistics. On the basis of reports and analyses, they are able to check each shift’s productivity, pinpoint machines where stoppages occur, and verify the duration and causes of the stoppages. Production line employees also benefit from automatically generated reports.

Previously, employees monitored machine productivity by manually recording data on stoppages. Now they are able to obtain this data automatically.

'Basic percentage parameters, such as the set plan for each shift and the current state of the plan’s realization, are all shown on a big screen located in the plant," explained Żyrek.

At the competitive bid stage, the decisive factors in the ultimate selection of the solution were the wide functionality and open architecture of Plant Applications, and the experience and customer-friendly implementation approach of the local integrator.

Żyrek also pointed out other advantages such as the easy to use touch-screen panels on production lines, which enable operators to enter comments for each breakdown, convenient access to detailed reports that can be viewed on any computer by using an internet browser, plus the system’s flexibility, enabling analysis of the collected data not just in the application created for this purpose but also in Microsoft Excel, for example.

The system can point out bottlenecks but it cannot remove them. Żyrek continued, “What is of greatest significance is that we now know what is wrong with the line. Thanks to automatic registration of stoppages, we know their causes and how much time they actually consume.”

Increased productivity is only the beginning. Browar Warka is considering implementing other modules of Plant Applications, including the Quality and SPC (Statistical Process Control) modules.

“We know which direction we are heading in. We know that we have to focus on more automatic and precise control of the production process,” added Żyrek.

Overall, Browar Warka has been able to achieve the following results: 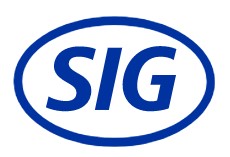 To help combat unplanned downtime for its customers, SIG partnered with GE Digital on its Plant 360 Asset Health Monitoring service.

Let GE show you how Proficy MES can improve your operations