Dubbed “Menlo,” nicknamed after Thomas Edison’s famed lab, the Invention Factory, in Menlo Park, NJ, this new supercomputing platform builds upon the success of the Lab’s previous platform, Breeze. Menlo has been developed in partnership with Hewlett Packard Enterprise (HPE) as well as Advanced Micro Devices (AMD) and leverages the latest generation of HPE’s Cray supercomputing products and technologies. Once commissioned, Menlo will support new Lean digital product development practices as well as other breakthrough scientific developments across aviation, energy, and healthcare with remarkable speed, precision, and fidelity.

In addition to growing its supercomputing capacity, GE Research announced the addition of C-Band 5G on the Niskayuna campus. This will expand its existing 5G cross-industry testbed, while also enhancing high-speed wireless access to first responders and local residents in the broader Niskayuna community. GE Research anticipates further expansions to its 5G Testbed later in 2022, as it seeks to extend its advanced technology development in the healthcare, aerospace, and energy sectors. 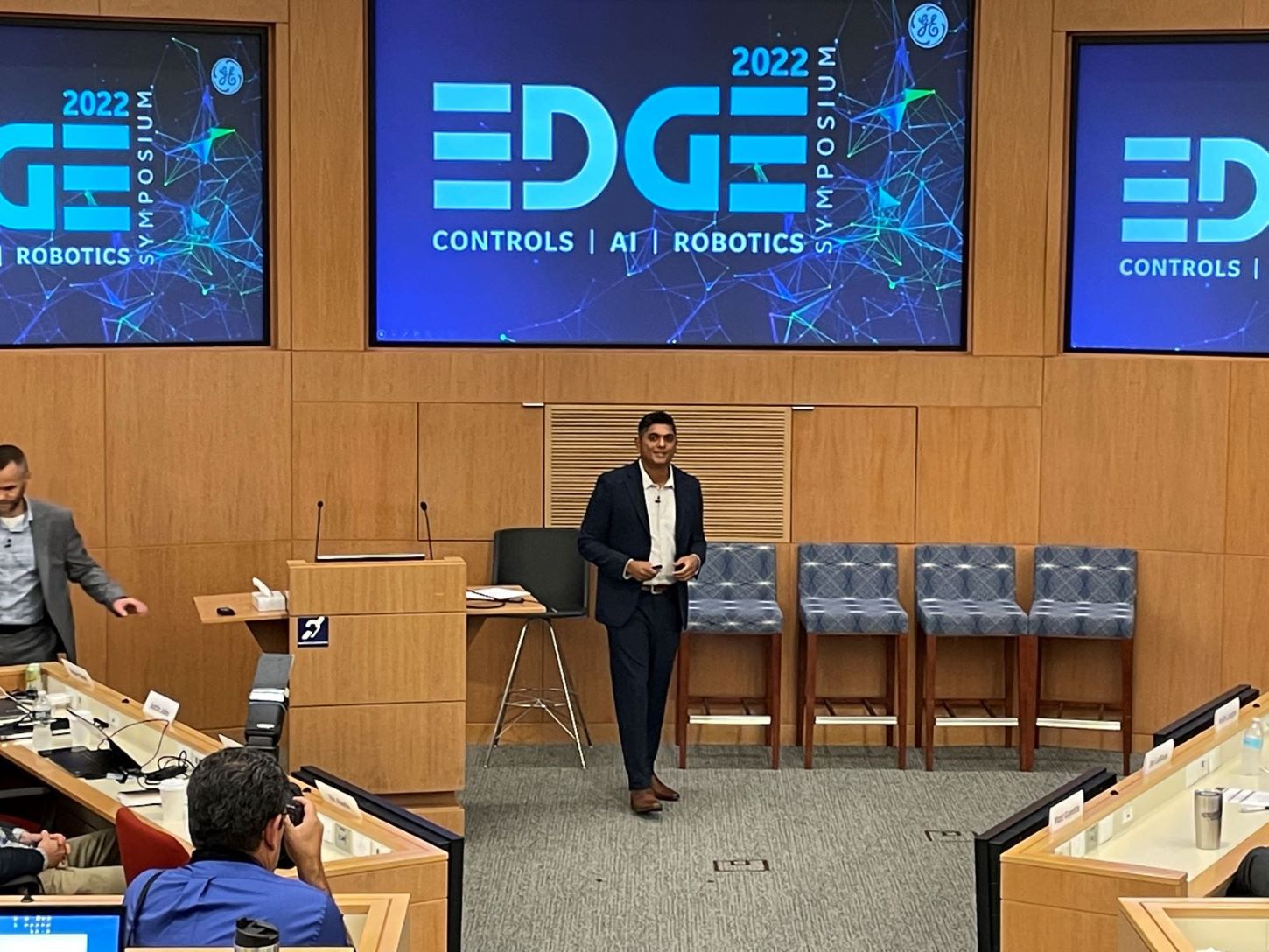 Justin John, Executive Technology Director for the Controls & Optimization Group at GE Research, who delivered the opening keynote at this year’s EDGE Symposium, highlighted the activation of C-Band 5G and noted the proliferation of 5G networks and beyond will be critical to supporting a new era of trusted, intelligent autonomous systems across industries, stating, “5G is a critical enabler that we must have to transform industrial systems such as the electrical grid, aircraft maintenance operations and patient monitoring. GE’s 5G cross-industry testbed with Verizon and AT&T gives us the capability to iterate, test and scale different 5G features in each of these major industry sectors.”

John noted that many of the digital solutions being developed, including artificial intelligence, machine learning, Edge computing, robotics, cybersecurity, and high assurance systems, are key topics being discussed at this week’s EDGE Symposium. Another key area being covered is the increasing use of high- performance computing assets to accelerate new scientific discoveries and cutting-edge research programs. This is an area where GE and GE Research also is expanding its capabilities.

Eric Tucker, Chief Technology Officer for IT at GE Research, said GE’s expansion in supercomputing capability, combined with the ongoing expansion of the cross-industry 5G Testbed, will enhance the Niskayuna research facility’s reputation as a world-leading industrial research lab, stating, “As the Niskayuna campus prepares to make the transition to supporting three, industry leading advanced research centers in aviation, energy and healthcare, the ramp up of HPC and 5G network capacity will ensure our world-class technical talent here has the most advanced tools to accelerate new research and discoveries for each planned company.”

Tucker noted that the new Menlo supercomputer will allow researchers to provide modeling and simulations at a speed and size scale previously unattainable. “We’re talking about modeling and simulating systems vs. individual components, and at time scales of hours vs. weeks,” Tucker explained.

Tucker said what is particularly exciting is the opportunity to combine the new high-performance computing (HPC) platform with the company’s considerable experience in Lean product design and library of advanced computational methodologies and tools in turbomachinery design.  The combination will greatly accelerate new advancements toward more efficient and sustainable flight and power generation solutions.

“From advancing cutting-edge ideas in carbon capture and accelerating wind energy’s growth through better system designs and improvements to enabling the future of commercial hybrid electric flight and ushering in a new age in patient treatment and care, Menlo will provide a tremendous boost to all of these important endeavors,” Tucker said.

Menlo also will also serve as a key catalyst for advancing ongoing supercomputing research GE researchers are doing on some of the world’s most powerful supercomputers run by the U.S. National Labs.  Over the years, GE scientists and engineers have been able to translate much of the scientific discovery and exploratory work performed on the National Lab’s supercomputers in areas like combustion dynamics and aerodynamic design into more efficient aircraft engine, gas turbine and wind energy designs using our existing supercomputing resources in-house.

The pace of innovation is moving faster every day. The addition of Menlo, and the ongoing expansion of the 5G Testbed will ensure GE researchers have the best tools and resources to lead and continue to advance the innovation goals of our three, planned industry leading brands.

“As the Niskayuna campus prepares to make the transition to supporting three, industry leading advanced research centers in aviation, energy and healthcare, the ramp up of HPC and 5G network capacity will ensure our world-class technical talent here has the most advanced tools to accelerate new research and discoveries for each planned company.” -- Eric Tucker, Chief Technology Officer for IT at GE Research
Share to social
Media Contacts
MEDIA RELATIONS