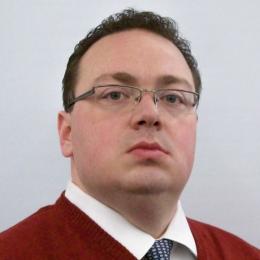 Eric Tucker is a strategist and information systems innovator who is consistently engaged at the leading edge of technology.   As Senior Director – Enterprise High Performance Computing and Research missions, Eric leads multidisciplinary technology teams responsible for GE’s Enterprise High Performance Computing Products and partnering with GE’s Research and Engineering communities to accelerate the adoption and scale-out of transformative digital technologies.

For much of the last two decades, Eric and his team have focused on identifying and leading a broad array of breakthrough technology initiatives.  His team led GE’s open source and cloud technologies adoption effort, has been involved in the shaping of GE’s Digital Twin and Modeling and Simulation Based Engineering capabilities and, most recently, led the launch of the GE Research 5G Testbed.

Eric’s began his career with GE in 1999, after receiving a Bachelor’s Degree in Computer Science and Applied Mathematics from the University at Albany.  While serving in a variety of quality, business integration, technology and information security roles, Eric received a Master’s Degree in Management, with a concentration in Research and Innovation, from the Lally School at Rensselaer Polytechnic Institute.

In his free time, Eric serves on the Board of AlbanyCanCode, a nonprofit that develops non-traditional talent and advocates for a vibrant and inclusive tech talent pipeline in the Capital Region.

Keep your eye clear and hit ‘em where they ain’t; that’s all