GE: Preparing for Exascale Computing as a Key Accelerator for the Energy Transition

GE: Preparing for Exascale Computing as a Key Accelerator for the Energy Transition

NISKAYUNA, NY – August 26, 2021 – As the nation and GE aggressively push toward a net zero carbon future, accelerating the pace of breakthrough innovations in clean power will be critical to ensure a successful energy transition.  One of the greatest assets for enabling faster and better scientific discoveries is the U.S. Department of Energy’s (DOE) investment in Advanced Scientific Computing Research (ASCR) facilities, infrastructure, applications, and talent, which has been a major driver in moving computing toward the exascale.

Exascale computing describes the next frontier in supercomputing, enabling new discoveries through virtual models with unprecedented accuracy in simulating reality. The U.S. DOE, through its National Labs, has invested hundreds of millions of dollars over decades to scale America’s supercomputing capabilities and the Oak Ridge Leadership Computing Facility (OLCF) at DOE’s Oak Ridge National Laboratory is on the verge of launching a their “Frontier” HPE Cray EX supercomputer, the nation’s first exascale system, later this year. 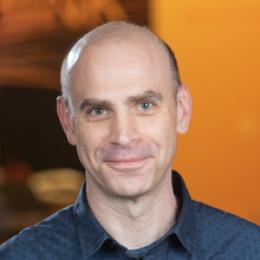 Richard Arthur, Senior Director of Computational Methods Research at GE Research and recently appointed to the DOE’s Advanced Scientific Computing Advisory Council, asserts, “DOE facilities such as OLCF have redefined the modern state of the art in science, engineering and competitiveness.”

“The DOE has executed a persistent strategy to advance computing technologies and application capabilities crucial to national security, economic competitiveness, energy security and scientific discovery leadership,” Arthur said.  “Government agencies have collaborated with industry and academic partners to propel the computational science and engineering workforce and ecosystem from the Gigascale of the 90’s through Terascale to today’s Petascale and the imminent Exascale – each leap in “scale” 1000x the capability of the prior.”

Arthur added, “The marvel of sustained exponential breakthroughs in hardware and software technologies, enduring decades, shapes computational modeling into a foundational instrument for scientific insights – as essential as a telescope to explore the heavens. In pursuit of such noble aspirations as a zero-carbon future, supercomputers like Summit are indispensable tools for GE engineers working at the cutting edge to Build a World that Works.”

Both Li and Osusky will leverage Summit, one of the planet’s most powerful supercomputers,  to advance offshore wind power and boost power generation turbine and jet engine performance and efficiency.

Caption: Pictured is a snapshot of a simulation performed on Summit, which provides a side view of five wind turbines operating in a low-level jet. The turbulence in the atmosphere and in the wakes of turbines can be seen.

Li’s team will use the time awarded on the Summit system to continue pursuit of better understanding coastal low-level jets.  This wind phenomenon can have a significant influence on the performance and reliability of offshore wind farms. Her prior study focused on characterizing the flow structure and turbulence of the phenomenon itself. The expanded scale of this project will encompass large and high-fidelity computational models to gain insights into the interactions between these jets and the turbines of offshore wind farms.

The new findings, like her previous project, will be cataloged by the National Renewable Energy Lab and guide further improvements to the DOE’s ExaWind simulation platform.  Exawind is one of several high-impact applications out of the DOE’s Exascale Computing Project. A key objective with ExaWind is accelerate the deployment and impact of the nation’s onshore and offshore wind energy portfolio.

Osusky says the ability of virtual simulations to accurately mimic real-world jet engines, and do so quickly and efficiently, paves the way to being able to verify designs in a “virtual wind tunnel,” improving the engine certification process with greater efficiency and more rapid discovery. Osusky added, “These simulations would provide unprecedented insight into what’s happening in these complex machines, way beyond what is possible through today’s experimental tests. The hope is we can utilize a platform like this to accelerate the discovery and validation process for cleaner, more efficient engine designs that further promote our decarbonization goals.”

Arthur observed, “The automotive industry can already employ such virtual testing to subject new designs a multitude of test variations, with driving conditions that would not be practical or feasible to test physically. This virtualization of destructive tests only “consumes” the computer bits, so you can run thousands without creating a mountain of scrap metal. Design engineers can even literally stop (or even reverse) time itself to scrutinize miniscule details within the simulation. Of course, once more, we must be disciplined describing the competencies of the computational models to accurately emulate the studied physical system.”

“The DOE has executed a persistent strategy to advance computing technologies and application capabilities crucial to national security, economic competitiveness, energy security and scientific discovery leadership.  Government agencies have collaborated with industry and academic partners to propel the computational science and engineering workforce and ecosystem from the Gigascale of the 90’s through Terascale to today’s Petascale and the imminent Exascale – each leap in “scale” 1000x the capability of the prior.” -- Richard Arthur, Senior Director of Computational Methods Research at GE Research, who was recently appointed to the DOE’s Advanced Scientific Computing Advisory Council
Share to social
Media Contacts
MEDIA RELATIONS