Darren Hallman, GE Research’s technical discipline leader for the Mechanics & Design organization, surpassed 30 U.S. patents last month. Growing up, Darren wasn’t familiar with engineering, but he had a love for math and science. Early into undergrad at the University of Pennsylvania, a friend suggested he pursue a career in the field.

Darren became the first person in his family to graduate college. Always curious, he doubled down on his education, enrolling in Purdue University where he earned his Master of Science and PhD in Mechanical Engineering.

Noise and vibration were – and still are – Darren’s expertise. He joined GE Research in May 1996, engineering solutions to reduce component vibration and noise without compromising product safety or efficiency. His focus included applications for Appliances and Healthcare and he quickly earned his first U.S. patent for a vibration-isolation grommet.

“Appliances was a great place to start because we could go out and buy a competitor product, test it, tear it apart, see what technology they were using and how they were using it, and build on that knowledge,” said Darren. “That approach isn’t always possible with a gas turbine or aviation engine.” 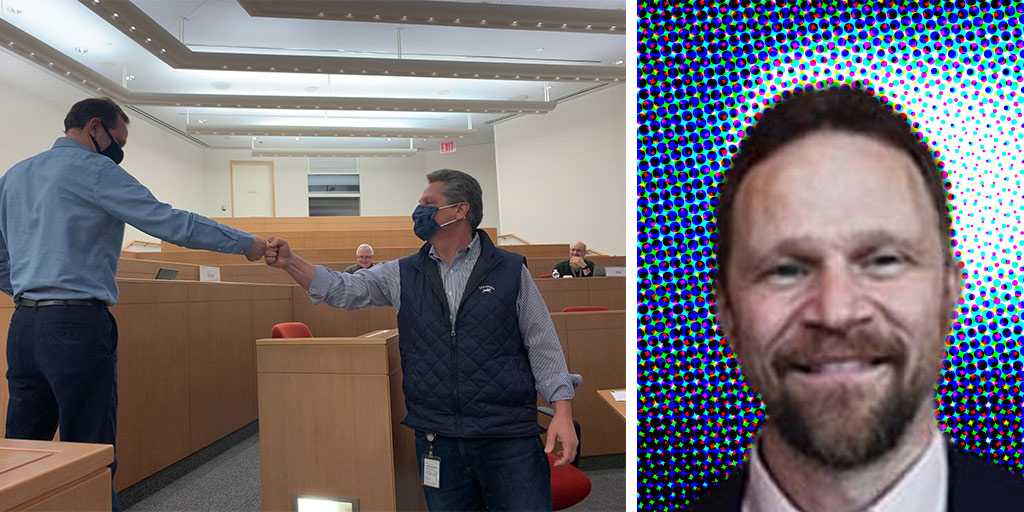 Darren and his growing global team of nearly 100 mechanical engineers design, analyze, and validate mechanical solutions that improve the durability, affordability, and efficiency of GE’s products and services. The nature of their work means they are in tune with almost every project GE Research is working on. Whether the focus is precision health, future of flight, or decarbonization, Darren and his team have a seat at the table. They also find commonalities among applications and projects, which promotes knowledge sharing and enables technology “cross-pollination.”

For Darren, he attributes his patent success to a combination of things. “I think it’s the confluence of a certain level of creativity and being on the right projects; some of our projects can produce up to ten patents in a short period,” he said. “It’s also a lot about having the desire to learn something new. That definitely plays a role.”

One of Darren’s most memorable projects thus far was with GE Healthcare. Darren was called in late in the commercialization process to address an MR product’s vibration issue. He recalls the challenges of being the “new guy” and an “outsider,” working with the team that developed the technology, learning a new product, and working under a tight timeline.

Darren says that while challenging, the project was very rewarding. “The best projects are those that take you outside of what you know and those that offer you the opportunity to work adjacent to something bigger,” he said. “If you jump in and understand the why, you can see how what you’re doing will impact something bigger.”

Currently, Darren is working on a project with GE Aviation that will likely get him close to the 50-patent milestone within the next few years.