Chester Lang, editor of the Syracuse News Standard, was sitting at his desk and thinking about GE. He was not happy. It was Lang’s job as the paper’s Sunday editor to find good industry stories, and few companies at the time — he became editor in 1917 — were as important and interesting as GE. But there was a problem. “When I wrote General Electric for a story, the results were most disappointing,” he later lamented, complaining about getting “a ‘story’ written in commercial language,” among other transgressions.

Still, Lang was an enterprising man, and he pitched GE on an idea of his own: Why not open “a real News Bureau” dealing with “genuine news stories,” he recalled. “From the many features I was handling, I could see how General Electric could secure considerably good publicity if they only put the material out in news style.”

GE liked the idea. The company hired Lang and opened its GE News Bureau in October 1921. Since then, GE reporters have covered the company’s contributions to progress, including innovations like the jet engine, medical imaging, the electrical grid, the power industry, lasers, LEDs and many more. Did you know that a GE executive led NASA during the historic first moon landing? Or that Steven Spielberg’s dad, Arnold, designed and built computers for GE? And did you hear about Don Wetzel, the man who drove a locomotive powered by a pair of GE jet engines down a stretch of Ohio tracks at 184 miles per hour, a U.S. rail speed record? 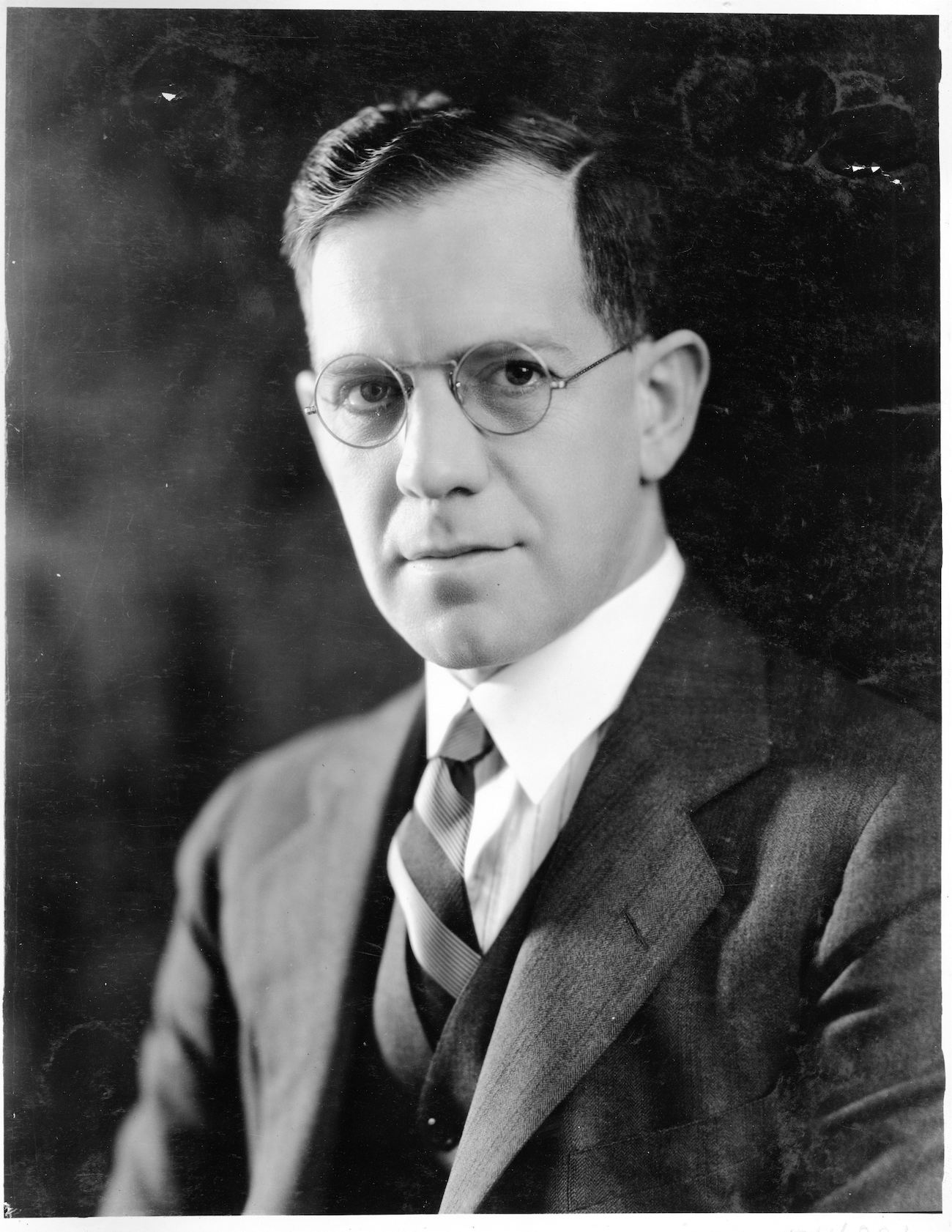 “Lang’s stories helped people understand how the technical work of the GE scientists and engineers could improve their lives,” says Chris Hunter, a historian and vice president of collections and exhibitions at the Museum of Innovation and Science in Schenectady (miSci). “The work of the News Bureau forms the backbone of our collection at miSci, as we tell the story of how scientists and engineers have changed the world through power generation, electronics, medical imaging and transportation.”

And GE is still at it. My job as GE’s chief storyteller is to build on Lang’s foundation and expand it into the future.

Why should a global, high-tech industrial company be telling stories? There are thousands of engineers and scientists at GE seeking solutions to the world’s biggest challenges. Their research takes on climate change and the energy transition, precision health and more sustainable aviation — big issues that touch all of us. Their stories are as powerful as the technologies they are working on. We tell them to keep our readers informed and engaged, help them make them smarter decisions and prepare better for the future.

Stories have been around since long before there was electricity, long before there were books, long before we knew how to write. They bring us together, give our lives meaning and a sense of history. And we respond to them automatically. Books have been written about humans being the storytelling animals and having their brains wired for a story. Who knows our story better than us? 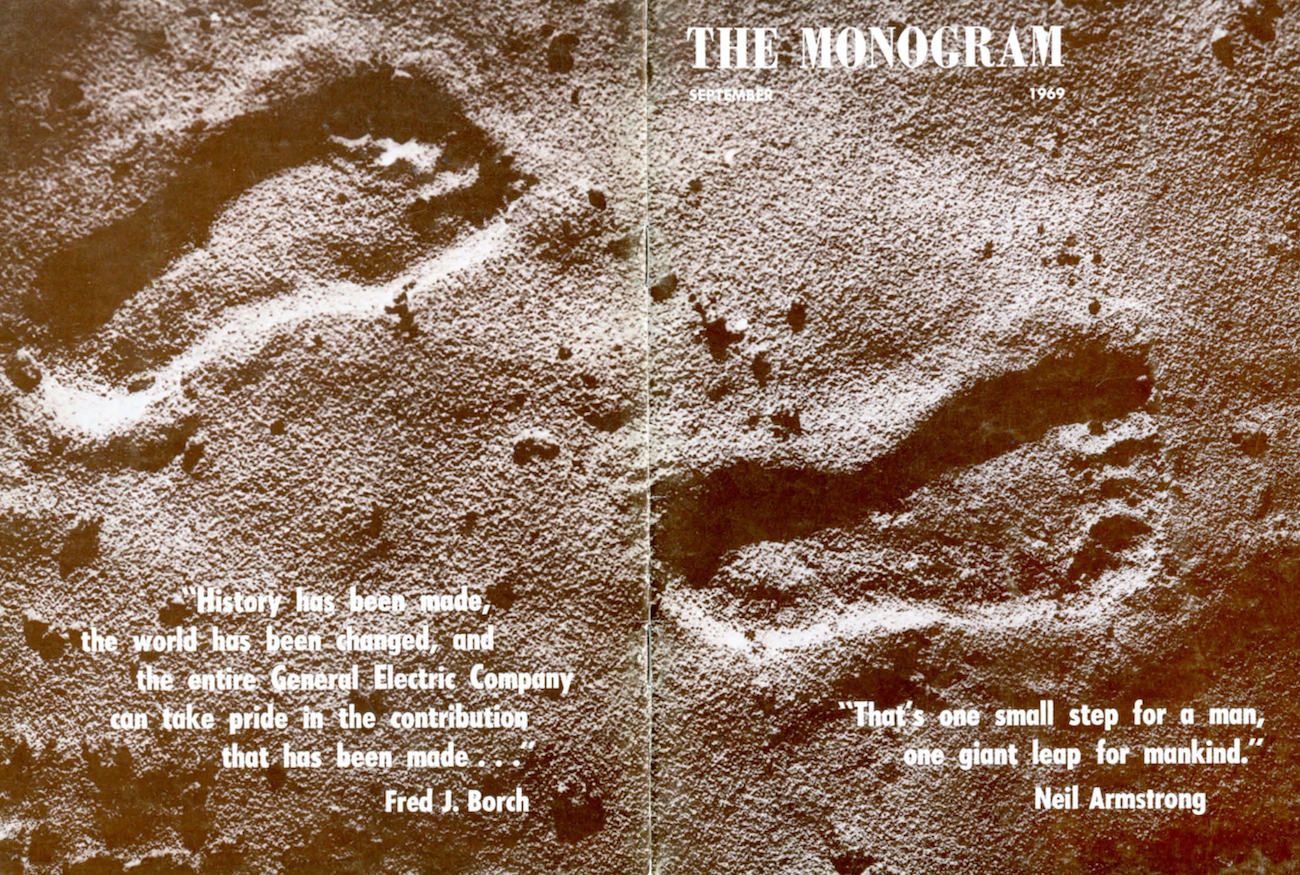 Lang quickly rose to lead the GE News Bureau. “I remember we were quite successful in those early days in syndicating full-page news stories” in newspapers as prominent as the New York Sun, he wrote in his recollections. He built his success on a tried-and-true formula we still use: Just tell a good story and people will come.

“My instructions to writers in the News Bureau were that they give final reading of the story and imagine themselves back on their former newspaper job,” he wrote. “Would that be the way they would like to receive the story? My thought at all times was to be of service to the newspapers, not to see how much free advertising could be slipped by the busy editor.” He added: “I was always on the lookout for the unusual angle, the slant which would make headlines sure to catch the attention of the busy reader.” 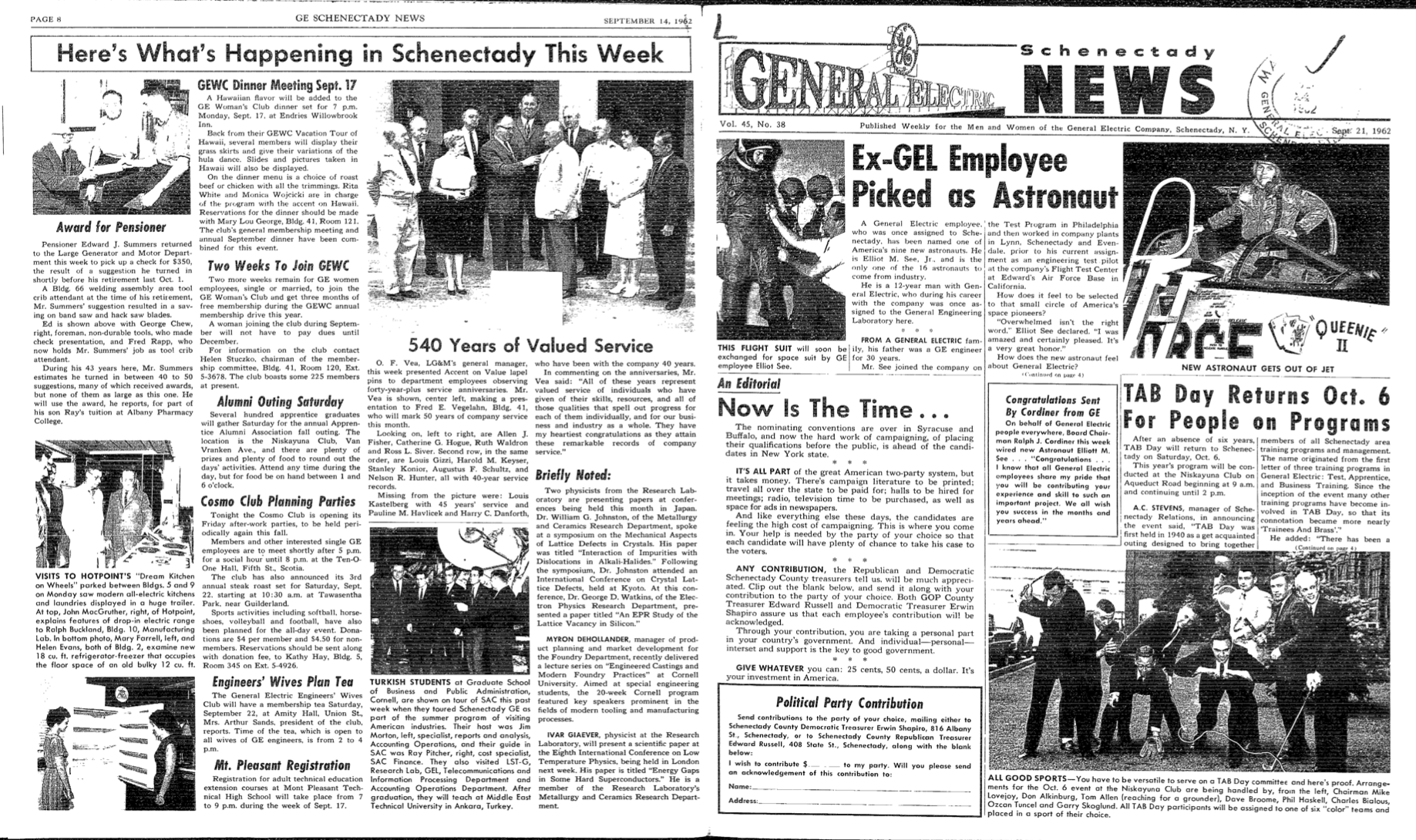 Even a century ago, the reader’s time had become a precious commodity. The first commercial radio broadcast in the United States took place in 1920, and Lang saw an opportunity to expand the News Bureau’s reach. He knew from his own reporting that GE was working on radio. “Radio caught my fancy because it was a means of communication, disseminating news much like the newspaper was doing,” he wrote. Essentially, he was repurposing the news for a new distribution channel, just as today GE Reports stories can be found online, say, on LinkedIn, or in video form on YouTube.

Initially, he had no way to pursue this new passion. But in 1922, GE opened its own radio station, WGY — one of the first ten stations in the country — and News Bureau broadcasts became a part of regular programming. 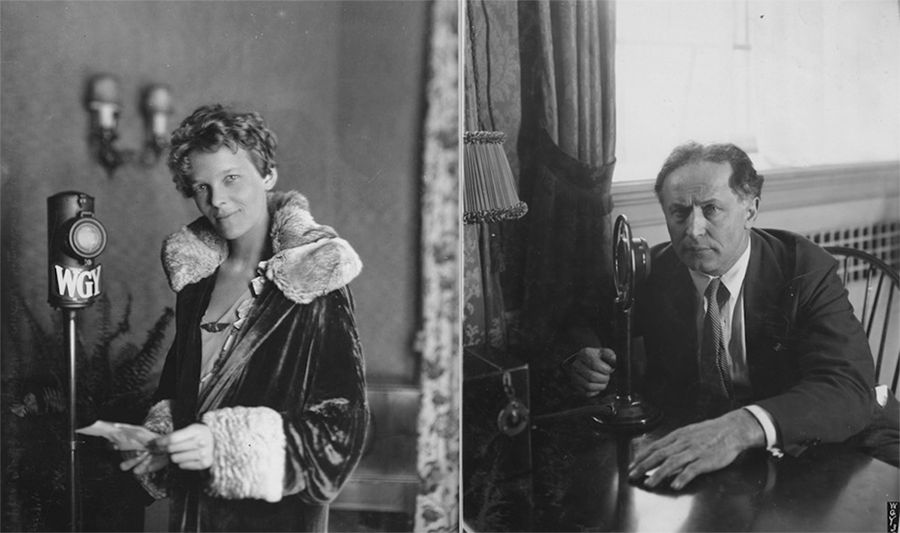 Although Lang himself never became a household name — he compiled his memories on a typewriter and the document ended up in the archives of the Museum of Innovation and Science in Schenectady, New York — some of those who followed him did. One was Kurt Vonnegut Jr., the celebrated author of “Slaughterhouse-Five” and other bestselling novels. Vonnegut joined GE in 1947, when he was still an aspiring novelist. His brother, Bernard, was working at GE Research and told him about the job.

Vonnegut spent just four years at the company, but it was an exciting ride. Years later, he told the scholar Robert K. Musil that “the job required my visiting the scientists and talking to them and asking them what they were up to. Every so often a good story would come out of it.”

He drew on the experience for his first novel, “Player Piano,” as well as “Cat’s Cradle,” which went on to become one of his most popular books. The catalyst of the plot involves a type of ice that forms even in warm weather. Vonnegut told George Plimpton that the idea for the substance came in a roundabout way from Irving Langmuir, the Nobel laureate and a colleague of his brother’s at GE Research. When the writer H.G. Wells came to see Langmuir, the scientist “thought he might entertain Wells with an idea for a science-fiction — about a form of ice that was stable at room temperature. Wells was uninterested, or at least never used the idea. And then Wells died, and then, finally, Langmuir died. I thought to myself: ‘Finders, keepers — the idea is mine.’” 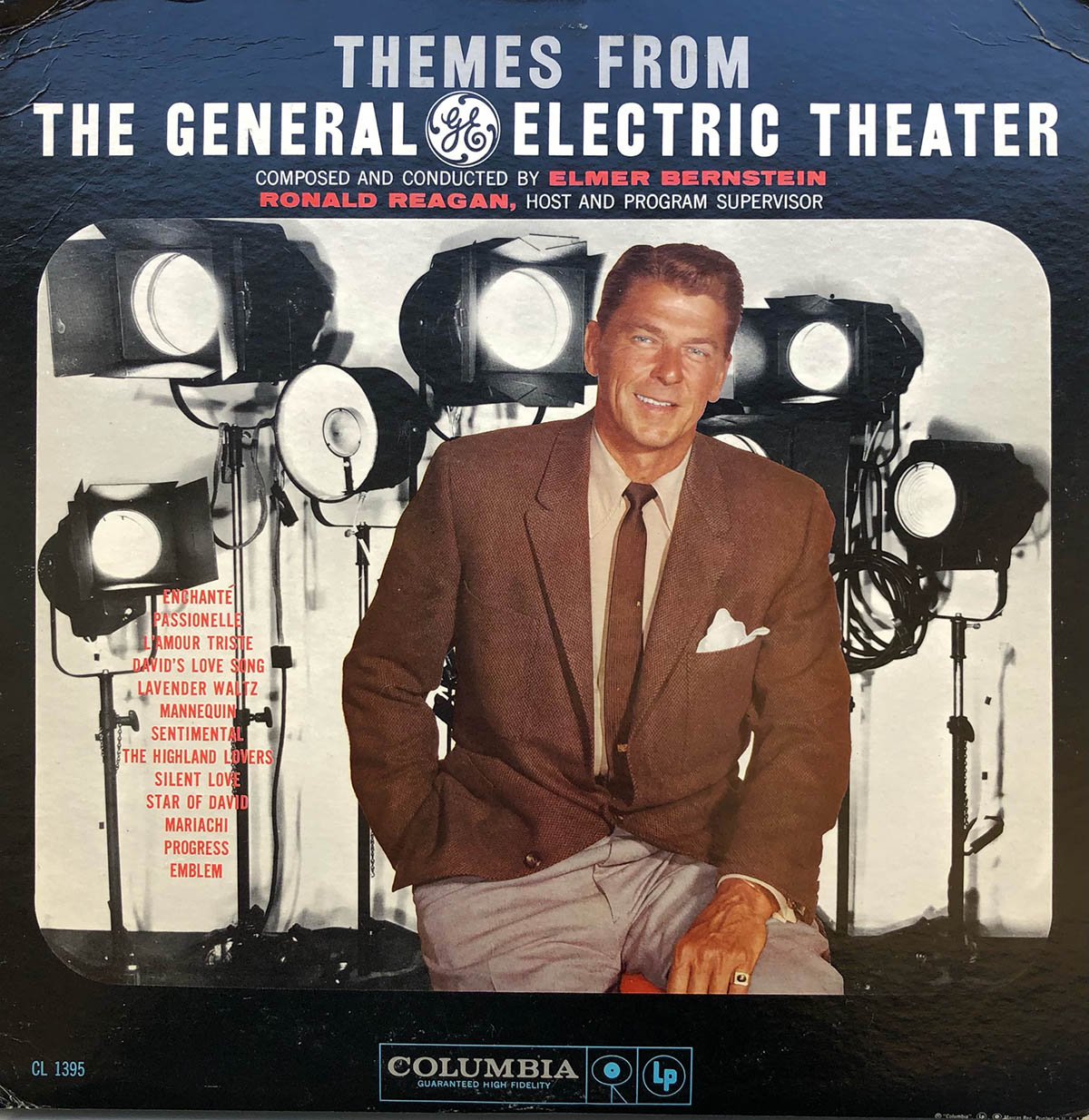 Three years after Vonnegut left, another big name joined GE’s public relations department. Between his time in Hollywood and his two terms at the White House, Ronald Reagan helped move GE storytelling to prime time on national television. Over eight seasons, Reagan and his progress reporter, Don Herbert, crisscrossed the country and visited more than 130 GE labs and factories. They reported on everything from jet engines — the technology was barely a decade old back then — to the future of electricity. By 1956, “General Electric Theater” was the third most popular show on American television, reaching over 25 million viewers every week.

Even with its extensive presence in print and on TV and radio, GE never stopped reaching out to new audiences. Comic books were as popular with kids and teens in the 1950s as Tik-Tok, Snapchat or Instagram are today. The company saw in comic books a powerful tool for engaging teenagers, getting them hooked on science and nudging them toward STEM careers. One of the artists GE hired was George “Inky” Roussos of Batman fame. He drew stories for a series of books called “Adventures in Science.” The print runs were huge — reaching as high as 3 million — and the series covered everything from space travel to electricity. Of course, there was strict quality control. According to a GE magazine, the “drawings were shown to several vice presidents and managers” before publication. You could almost call this task a perk. 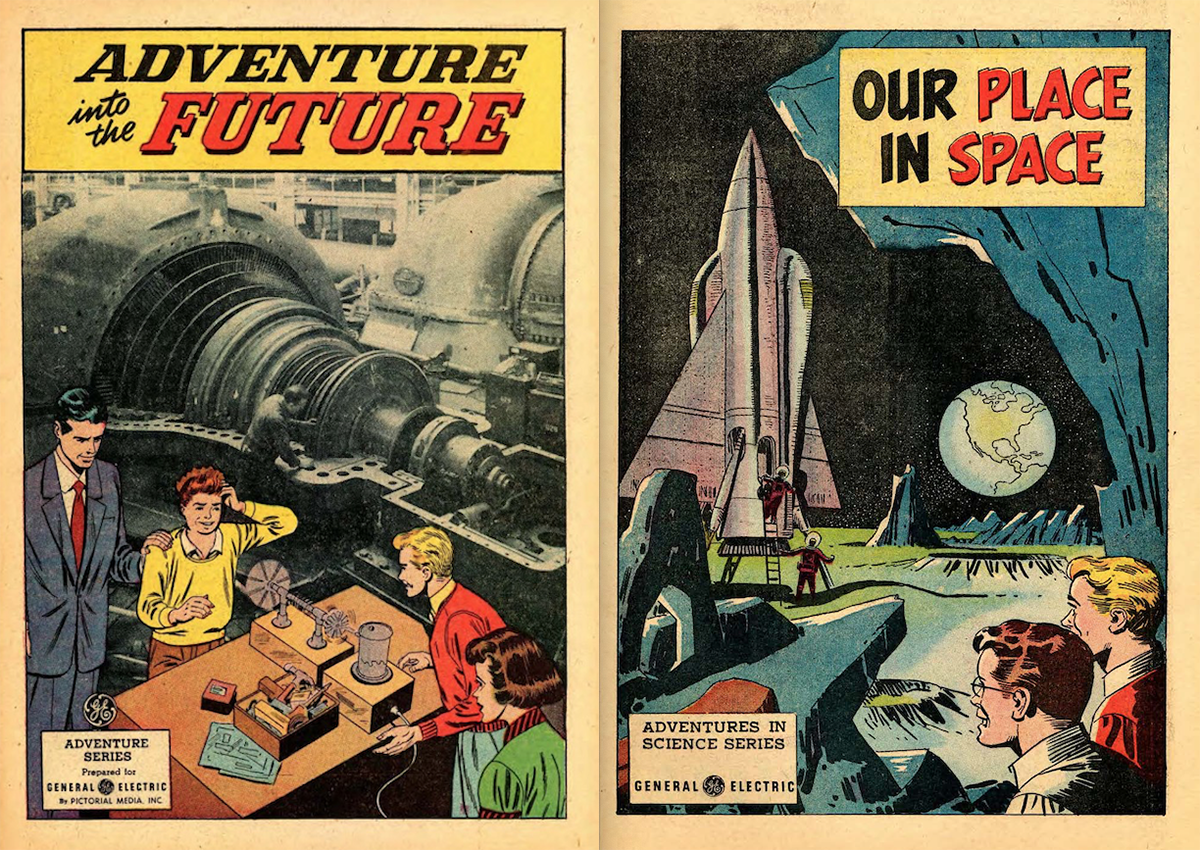 Today, GE Reports exists chiefly online, but it still draws millions of readers and viewers. Its core distribution vehicle, the GE Brief newsletter, enjoys 70,000 subscribers. GE businesses, including Healthcare, Power and Aviation, have embraced stories and have their own engaging podcasts, video series, and blogs. As GE’s chief storyteller, I take pride, joy and inspiration in the company’s rich lode of stories. I’ve watched Reagan on “General Electric Theater,” read a lot of Vonnegut and listened closely to Lang’s insights, many of which still resonate with me over the span of 100 years.

“I was most careful to never forget I was a newspaper man,” Lang wrote. “By that I mean I would not attempt to hand out a story which I didn’t feel was news… I think it was that careful handling of news which made the blue envelope of General Electric a welcome arrival at the editor’s desk” rather than going straight into the wastebasket.

And so it goes, as Vonnegut might say, 100 years later. 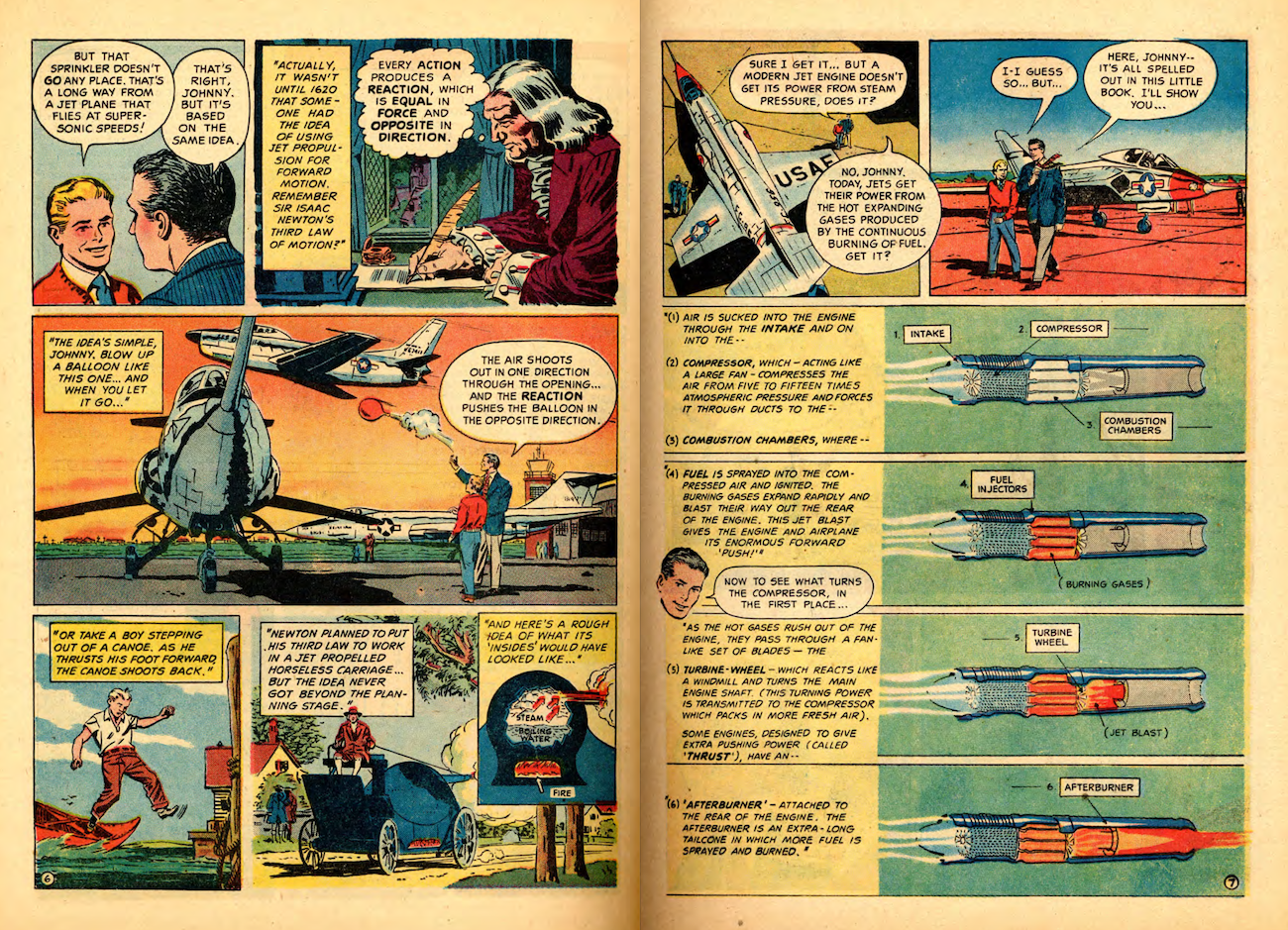 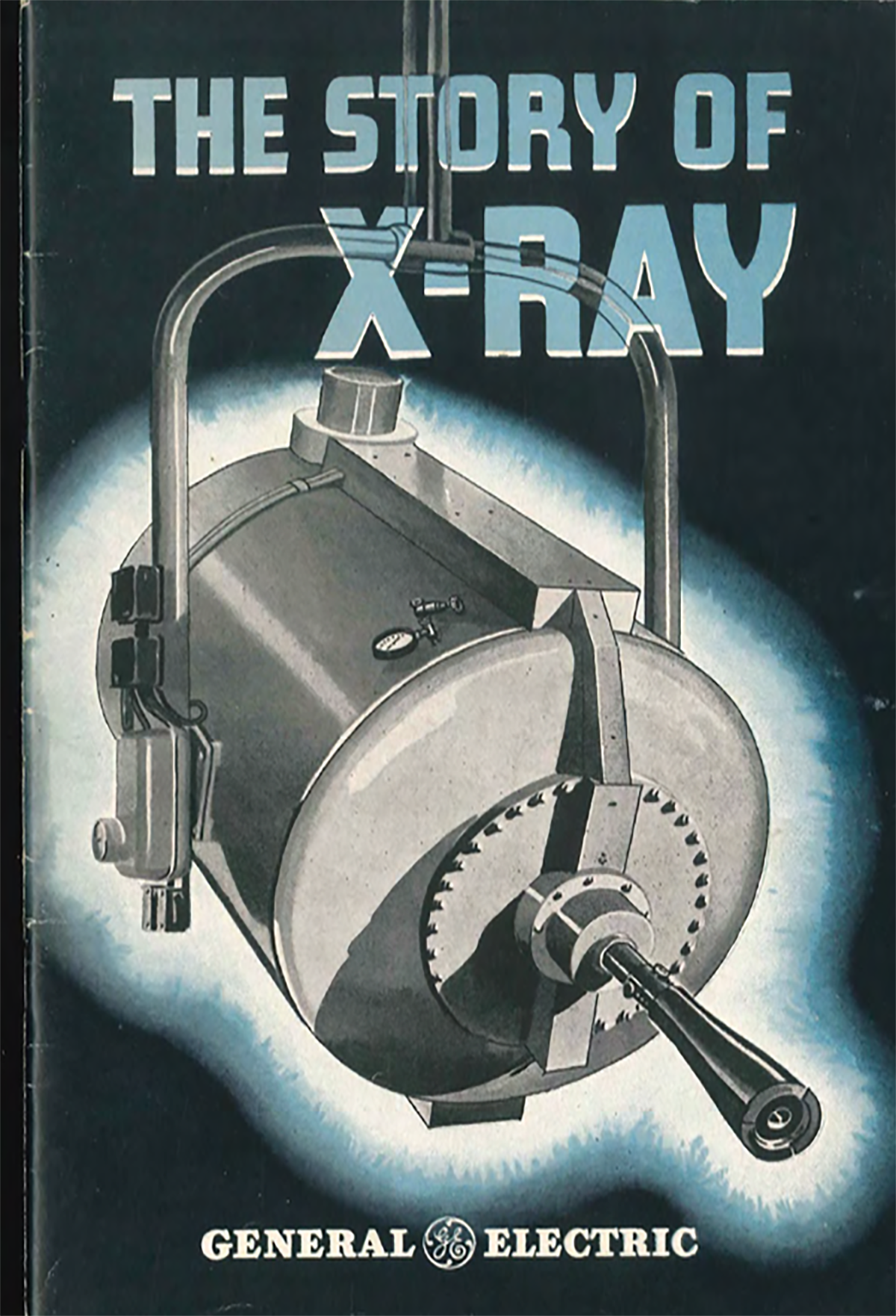