Travis Harper’s life has always been full of planes. Growing up two blocks away from Midway Airport on the south side of Chicago, there always seemed to be a jet landing over his family home.  “Throughout my childhood, I was fascinated with aviation," he says. "I would watch the planes take off and land and imagine having the opportunity to travel and experience the world.”

It was that same fascination that also helped set the course of Harper’s life. He pursued engineering degrees from Northwestern University and Ohio State and earned a spot on a team at GE Aviation designing and manufacturing the world’s most advanced commercial jet engines. The fascination with flight also took him to Dubai, United Arab Emirates, where he helped Emirates Airline maintain its fleet of airplanes using GE technology, and to Seattle, where he supported Boeing’s efforts to bring the plane-maker’s 777X aircraft, powered by the GE9X engine, into service.

Now it has brought him to the latest chapter in his career — a leadership role on a team reinventing the future of flight. He and his colleagues are developing the technology that could ultimately lead to an engine that would use 20% less fuel and produce 20% fewer CO2 emissions than the most efficient jet engines today.

Harper is the GE product manager on the CFM RISE program, announced on Monday by CFM parent companies GE and Safran Aircraft Engines. The vision for the RISE program is perfectly captured by its name: Revolutionary Innovation for Sustainable Engines. “This technology development program demonstrates the commitment GE and Safran share for achieving ambitious goals for a more sustainable future,” Harper says.

CFM was founded nearly 50 years ago, and the partners also just agreed to extend the joint venture until the year 2050. The company has delivered more than 35,000 engines to more than 600 operators worldwide. This fleet has logged more than 1 billion engine flight hours, the equivalent of 20 round trips to Pluto. “It is the world’s most successful transatlantic joint venture, at least in aviation,” Harper says.

Harper and his colleagues face an enormous task. Since the first CFM engines entered service in the early 1980s, the company has reduced its fuel consumption and CO2 emissions by 40% compared with the engines it replaced. Harper and a team of some of the world’s best aerospace engineers intend to slash those numbers by another 20%, which would represent the greatest decarbonization gain it has ever achieved.

Their ambitious vision depends on big advancements in engine architecture and technology. But the team is up to it. “I spend a lot of time with Safran, airframers and airlines," Harper says. "We work together to define our vision, set our future product requirements and execute our efforts to develop an engine that will best support the future of flight as we see it. The area we believe will yield the most benefit and plan to demonstrate in the coming years is the open-fan concept that would deliver a very significant fuel burn and CO2 emissions improvement.”

The fan at the front of this architecture is “open” because, unlike other turbofan engines, it isn’t surrounded by a case. This open fan can help provide significant improvement in propulsive efficiency, a key contributor to reduced emissions and fuel consumption. “Our most sustainable solutions — the ones that provide the greatest benefit — require an open-fan architecture, as a matter of physics,” Harper says. “While we are exploring other potential architectures, they cannot deliver the same level of fuel burn and CO2 emissions improvement that we could achieve with an open fan.”

That fan also happens to be the most eye-popping feature. The team plans to make it from a special carbon fiber woven in three dimensions and injected with resin. Light and tough, the material allows engineers to go big and build rotors as large as 13 feet in diameter, which, in turn, increases propulsive efficiency and bypass ratio.

Remember this term. The bypass ratio is an extremely important number that describes the relationship between the thrust the rotor (fan) generates and how much energy it takes to drive the rotor. CFM engines have grown from an initial bypass ratio of 5:1 in the 1980s to the LEAP engine, which has a bypass ratio of 11:1. An open fan could achieve a bypass ratio above 70:1. “We are accelerating the air that’s going around the engine by a smaller amount, but we get a big benefit because it’s a much larger amount of air,” Harper says.

In an interesting way, the new generation open fan will stand on the shoulders of another open rotor that GE, with support from Safran, developed with NASA in the 1980s. Called the GE36, that experimental engine also sported composite fan blades and it even powered a plane that flew to the 1988 Farnborough Airshow. 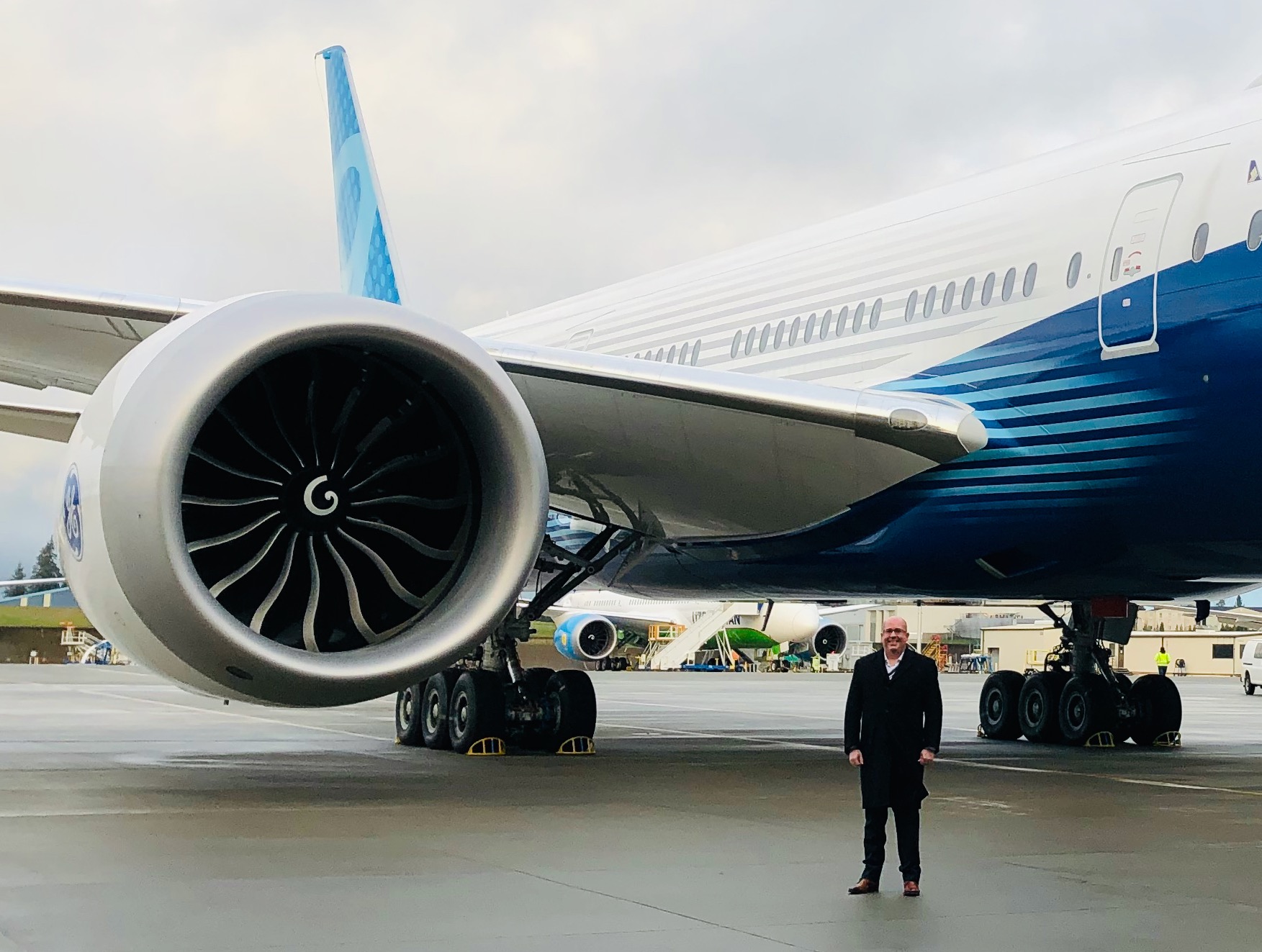 The GE36 achieved significant fuel savings, but fuel prices fell dramatically after the oil shocks of the prior decade. Still, the technologies the engine pioneered helped chart the course of aviation for decades to come. Its carbon-fiber blades gave birth to a line of GE Aviation’s high-bypass jet engines that helped plane-makers build efficient long-haul jets like the Boeing 777 and the Boeing 787 Dreamliner that could use just two engines rather than four. Since 1995, the GE90 engine for the Boeing 777 had remained the world’s most powerful jet engine, until it was unseated last year by the GE9X. “People knew in the ’80s that the open rotor was a powerful idea,” Harper says, “but back then we weren’t as advanced in our ability to optimize aerodynamics and acoustics. You have to realize that the team that was working on that engine back then maybe had one mainframe computer in the entire building.”

Harper says that both GE and Safran have made “incredible progress with analytical and computational tools, anchored by test results from wind tunnels to full engine tests.” In fact, Safran tested its open-rotor design in 2018.

But building a bigger fan isn’t the only way to make an engine more efficient. Another approach involves improving the core of the engine that holds the compressor, combustor, turbine and other components that convert the fuel’s energy into efficient rotary motion.

The RISE team is doing that by using another revolutionary material already tested in the LEAP engine and the GE9X. This material — called ceramic matrix composites, or CMCs — is one-third the weight of steel but can withstand temperatures as high as 2,400 degrees Fahrenheit, beyond the melting point of many advanced metallic superalloys. That increase in temperature improves an engine’s thermal efficiency. “It took us 30 years to develop the technology at GE Research, GE's corporate labs, and we pioneered it inside the LEAP engine,” says Ted Ingling, the retired GE Aviation engineer who led the GE9X development and was Harper’s manager on the program. “The LEAP engine is the fastest-selling engine in CFM’s history, with about 4,500 of them delivered in the past five years. Because of that program, we now know how to mass-produce parts from the material and design new parts that take advantage of its properties.” The planned demonstrator engine will also include 3D-printed components, hybrid-electric systems, advanced heat-transfer circuits and other breakthrough technologies. 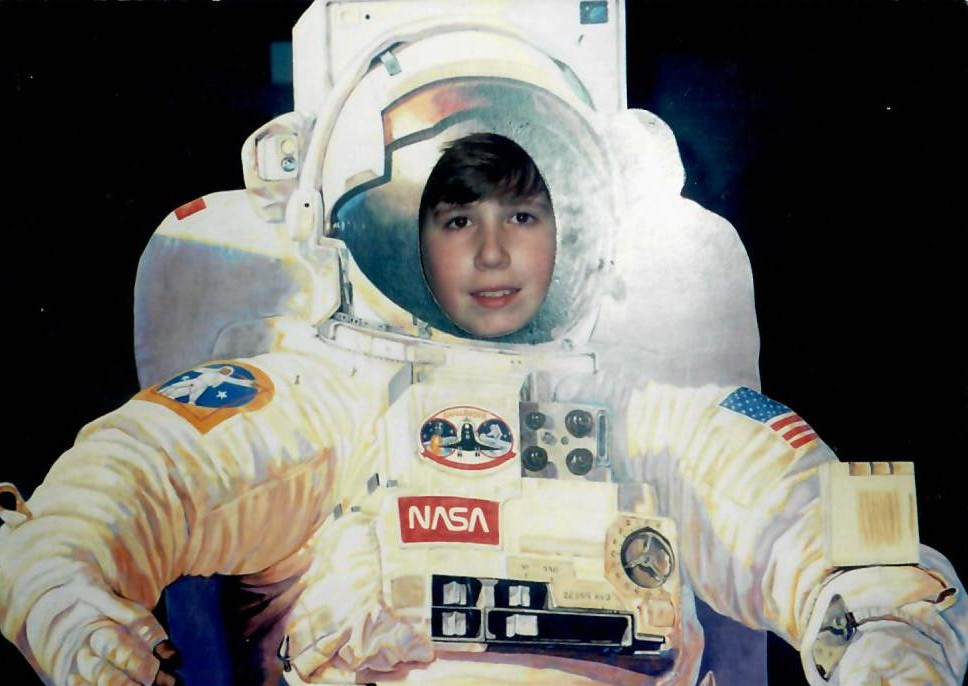 But the RISE team is also making sure that plane manufacturers and operators can take full advantage of the advanced technology. “We have an opportunity to make the best engine for the best airplane and vice versa, by working together with aircraft manufacturers to optimize the installation and the performance of the engine on the airplane," Harper says.  "I also spend a lot of time with airlines and lessors trying to understand their strategies for the renewal of their fleets, coupled with their strategies to be more sustainable, and how our future products can help address their needs both in the immediate term and after 2050. The partnerships we have with those customers to make sure that our plans are aligned with theirs — that we will build the products that they need and want — is really important.”

For Harper, it feels like centuries since the first flight he took with his family from chilly Chicago to sunny Florida. “I’ve just been a lifelong learner of how the aviation industry works and how the different pieces come together,” he says. “I always wanted to learn as much as I could as quickly as I could, and I surround myself with people from whom I could learn the most. As a child watching planes take off and land on the south side, I would never have dreamt that I would be leading our efforts to develop technologies that will make flying even more sustainable and available for generations to come.”

Reinventing the future of flight certainly gives him that opportunity.