Fifty years ago this month, Apollo 11 astronauts Neil Armstrong, Buzz Aldrin and Michael Collins were sitting inside an aluminum can roughly the size and shape of a New York City water tower, zipping at 24,000 miles per hour to the moon. On July 20, 1969, after covering more than 240,000 miles, Armstrong and Aldrin took control of the landing module attached to the spacecraft’s nose, took off for a landing site in the Sea of Tranquility some 60 miles below them on the lunar surface, and became the first humans to walk on the surface of the moon.

Some 650 million people watched Armstrong step down the ladder and proclaim that the feat was “one small step for a man, one giant leap for mankind.” But few had a better view of the achievement than GE researcher and executive Thomas O. Paine, who at the time served as NASA administrator, the person responsible for leading the astronauts, agency and nation to its triumph.

Paine, then 46 years old, left GE to join NASA as deputy administrator in January 1968 and was promoted to acting administrator nine months later by U.S. President Lyndon Johnson, after NASA director James Webb retired. In March 1969, he was confirmed by the Senate as the third administrator in NASA’s history. The Los Angeles Times wrote that Johnson charged Paine with “fulfilling John F. Kennedy’s pledge to put a man on the moon by the end of the 1960s.”

Fulfill he did. Paine was at NASA’s helm on Christmas Eve 1968, when Apollo 8 crew Frank Borman, James Lovell and William Anders orbited the moon for the first time and took the iconic image of Earthrise, a blue half marble of Earth suspended in the blackness of space above the grey lunar surface. The astronauts took turns reading the first 10 verses of the Book of Genesis, during what was then the most-watched television broadcast.

The accomplishment, the images and the words on a special night — “In the beginning God created the heaven and the earth…” — conjured a magical moment for Americans that year. The country was mired in a war in Vietnam. At home, Robert Kennedy and Martin Luther King Jr. had recently been assassinated, student protests were spreading across university campuses, and social unrest was rocking neighborhoods across the country. “1968 was a year of recrimination and doubt, a time of anti-heroes rather than heroes,” Paine told GE’s magazine, The Monogram. “Apollo 8 went around the moon at Christmas at the end of a disastrous year that featured riots and assassinations and all kinds of problems. Frank Borman’s triumph and reading of Genesis from space seemed to be completely out of context with the time.” 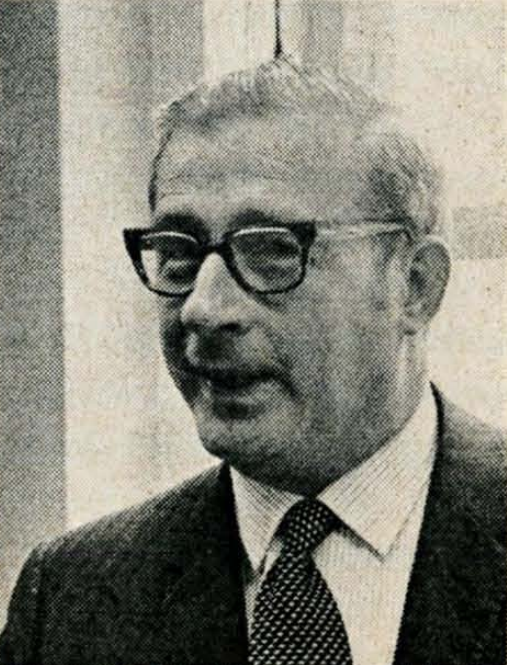 “I think that anybody in our society today who is bored is the most insensitive clod that ever existed,” Paine told The Monogram, a GE magazine, in 1970, as more humans were arriving on the moon. “I don’t see how anybody can get bored in these times.” Image credit: The Monogram. Top image: Paine was at NASA's helm during the historic Apollo 11 moon landing on July 20, 1969. Image credit: Museum of Innovation and Science Schenectady.

The Apollo program, of course, was far from finished. In May 1969, the Apollo 10 mission sent the lunar module hovering a few miles above the moon’s surface, making final calibrations and adjustments for Apollo 11’s giant leap on July 20, 1969, and the subsequent landings that brought 24 Americans to the moon, including 12 who walked on the moon’s surface. Paine believed that the mission to the moon succeeded because of the way NASA operated, as a partnership pooling the best talent recruited from the government, industry, and universities. Some 400,000 people and 20,000 companies were involved in the program supercharged by President Kennedy’s speech in 1961 until the last man to stand on the moon, Eugene Cernan, safely returned home. By comparison, some 75,000 workers — the estimates vary — built the Panama Canal, another outsize project were GE also played an important role. Journalist Charles Fishman wrote in his recent book, "One Giant Leap," about the Apollo program that “in some ways, NASA had to invent large-project management for the modern era, while supervising the invention and perfection of technology to do something that has never been done before, all inside an agency that was itself not even three years old when Kennedy charged it to go to the moon, wasn’t having much success to that point.”

The push to the moon included some 6,000 of Paine’s GE colleagues, who built the computers and wrote the software that allowed NASA to monitor the massive Saturn V rockets on the launchpad until takeoff. They engineered the silicone rubber for the soles of the moonwalkers’ boots and also the Lexan visors for their helmets. Another team built an “atomic battery” designed to power scientific experiments on the moon, and yet another, some 1,200-person strong, spent the 1960s at a massive NASA site in Mississippi, testing the rocket engines, support systems and overall readiness of the Saturn V, which, towering at 363 feet and generating 7.5 million pounds of thrust, remains the world’s most powerful rocket.

The work involved strapping the five engines of the rocket’s first stage to a massive concrete block and “keeping the straining rockets on the test stand while 2,200 tons of burning liquid oxygen urge it skyward,” according to The Monogram. How much strain? The five engines of the S-IC stage, as the bottom part of the rocket was called, consumed 15 tons of kerosene and liquid oxygen per second to generate 160 million horsepower. “The company employees at the site measure the performance of the engines and all stage systems, simultaneously recording vibration, temperature, thrust, fuel flow, pressures strain and other vital information,” the GE magazine reported. “Our mission is a key part of assuring success of the world’s mightiest space boosters and national space program,” said GE’s William R. Eaton, who ran the Mississippi Test Support Operation.

GE then transferred the monitoring know-how to the launch site at Cape Kennedy, later renamed Cape Canaveral, where a GE mainframe computer tracked the rockets during the final hours of countdown, “continuously reading more than 3,000 measurements of critical valves and gauges of the Saturn — 12 times a second,” The Monogram said. “For all Apollo flights, our system processes volumes of data, converts into meaningful terms, and displays it on TV-like terminals in response to real-time requests,” said Stewart Matthews, a GE information systems manager assigned to Kennedy Space Center.

GE employees not only worked on the technology and managed the Apollo program, but they also signed up for spaceflight. Engineer Elliot See, who worked in Evendale, Ohio — now the headquarters of GE Aviation — became a GE test pilot and then, after spending 12 years at the company, an astronaut in 1962. In 1965, See and Neil Armstrong became the first civilians selected for spaceflight when NASA picked them as the backup crew for a Gemini mission, “which will be the longest spaceflight ever attempted,” the Tampa Bay Times said at the time. But unlike Armstrong, See never got to walk on the moon. He and fellow astronaut Charles Bassett II were killed during a training flight in 1966. 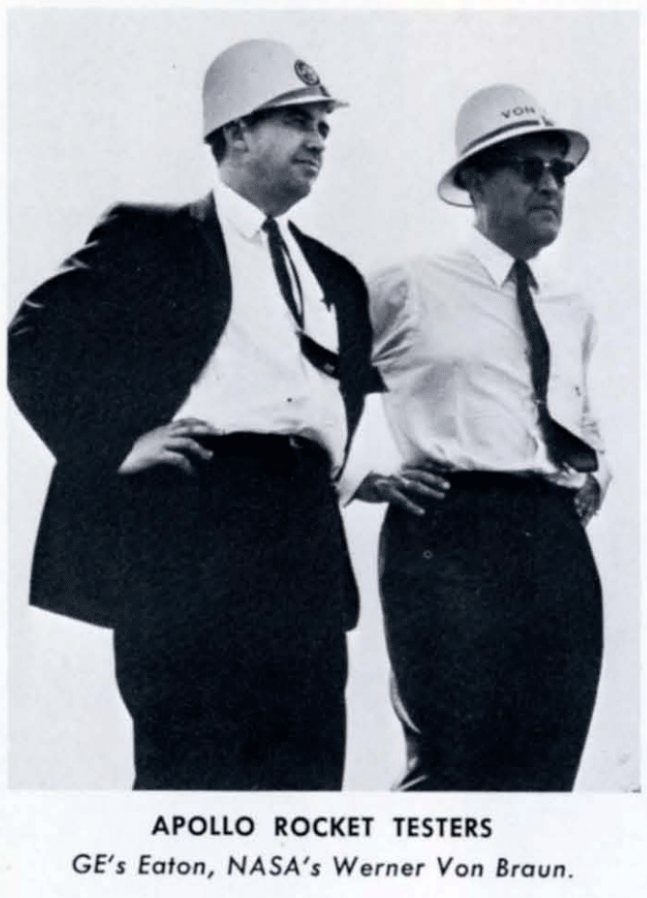 Paine left his post as NASA administrator and returned to GE to run the company’s power business in 1970, following the successful moon landing of Apollo 12 in November 1969, and bringing home safely the crew of Apollo 13 after an oxygen tank exploded and fire broke out in the command module 200,000 miles from Earth. On April 18, 1970, one day after the crew splashed down in the Pacific, President Richard Nixon awarded the Medal of Freedom to the Apollo 13 Mission Operations Team, including Paine. Fishman wrote in "One Giant Leap" that solving the Apollo 13 crisis was emblematic of NASA’s management prowess:

“Even when disaster struck on Apollo 13, the determined rescue effort and the courage of the mission’s astronauts, all playing out hour after hour on live TV, only underscored the cool, fearless, implacable competence of NASA’s staff. In a near hopeless situation, in which they didn’t know what the right thing to do was, NASA’s engineers and scientists, its technicians and astronauts and managers, dissected and solved one problem after another, right up to the moment the Apollo 13 capsule and its astronauts were dropping toward the Pacific Ocean under three orange-and-white parachutes.”

Paine stayed in touch with Aldrin and in 1990, two years before Paine's death, the astronaut invited the former NASA director back to Cape Canaveral to watch together the launch of space shuttle Discovery carrying the Hubble Space Telescope in its cargo bay. "On Thursday, April 12th, 1990, we will witness the launch of an extraordinary American space mission, possibly the most significant since Neil Armstrong and I became the first humans to walk on the moon," Aldrin wrote to Paine. He said that the telescope would "so revolutionize our understanding of space and the universe that all of our textbooks are theories may soon be rewritten." Indeed, observing a supernova located 10 billion lightyears away in 1997, the telescope provided evidence for dark energy, a mysterious force speeding up the expansion of the universe. It was one of its many discoveries. 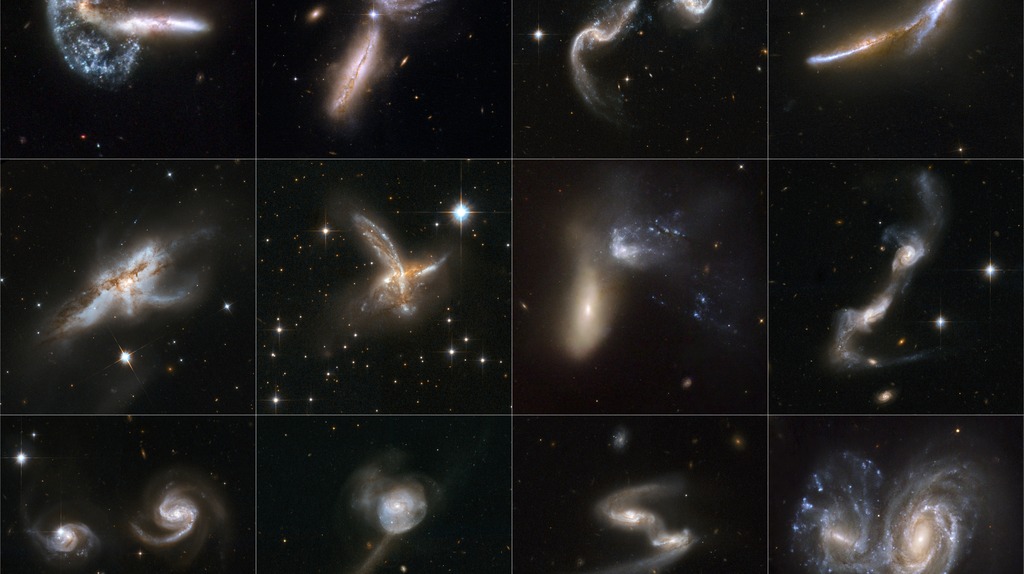 Born in 1921, Paine studied engineering at Brown University and Stanford. The son of a Navy commodore, he spent World War II in the Pacific as a submarine officer. After the fighting ended — and never one to shy from a daunting task — he sailed back to Pearl Harbor a captured Japanese submarine so large it was capable of launching planes. “Yes, it was interesting,” he told The Monogram, “all the controls on the boat were in Japanese with American labels made by our crew dangling from them.”

Paine joined GE Research in Schenectady, New York, in 1949 as a research associate, where he started programs studying magnetic and composite materials. In 1951, he moved to Lynn, Massachusetts, the very plant that built the first American jet engine, to focus on material development, and then quickly rose through the company ranks.

His colleagues at GE Research also benefited from the success of the Apollo 11 mission. The research center was one of the sites selected to study the rocks Armstrong and Aldrin brought back from the moon and determine their age and what cosmic radiation did to them. “Results of their study will help astronomers to reconstruct the history of the solar system,” The Monogram wrote. GE researchers also studied space helmets worn by Apollo astronauts.

Talking about his NASA experience with the L.A. Times, he said that “it was indeed a feeling of participating in an enormously historical time, when life had taken the first step across the void of space to bring humans to another world. People were willing to sacrifice and bleed and die to do that. It inspired everybody on the Apollo program to perform far beyond their normal capabilities.” 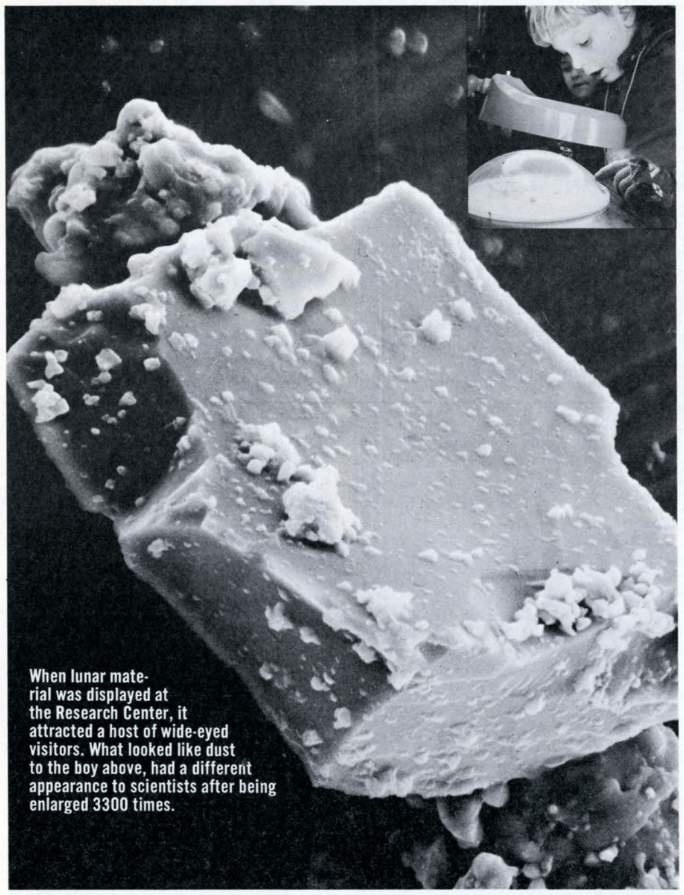