Ghost In The Machine: Edison Lost Currents War But Won A Bigger Prize That Still Helps Keep The Lights On

The World’s Columbian Exposition of 1893 gave Chicago the nickname “White City” for the classical white buildings bathed, at night, by the bright glow of some 100,000 electrical lamps installed at the fair for the first time. But all that luminosity cast a shadow over one towering figure: Thomas Edison. The famous inventor and GE founder was bidding to supply electricity to those lamps, but he just lost the “war of currents” to George Westinghouse when the event’s organizers picked Westinghouse’s alternating current system over Edison’s direct current transmission lines.

But typically for Edison, he quickly found a way out of the jam. At the behest of J.P. Morgan, Edison had recently merged his Edison Electric Company with the Thomson & Houston Co. to form the General Electric Company. And GE went immediately to work. The company dusted off Thomson & Houston’s AC expertise and bid on a project to build the first long-distance, high-voltage AC power grid in the U.S. linking the Folsom hydroelectric plant in California to Sacramento some 22 miles away. When it was finished in 1895, just two years after the Chicago fair, it supplied electricity to the state’s capital, including the California Capitol, Buffalo Brewing Company and other businesses. "The Folsom power is here," Sacramento Sunday News reported jubilantly on July 14, 1895. "It came early yesterday morning and a hundred guns awakened the town proclaiming the glad news. Beginning this morning at 7 o'clock,  the new power will be used to move the whole local street car system."

“The switch to AC was one of the reasons for the Edison and Thomson-Houston merger,” says Chris Hunter, historian at the Museum of Innovation and Science in Schenectady. “Elihu Thomson had been working on AC before Nikola Tesla or Westinghouse had ever even thought about it but had put it on the back burner because most of the early applications for electricity performed better with DC.” 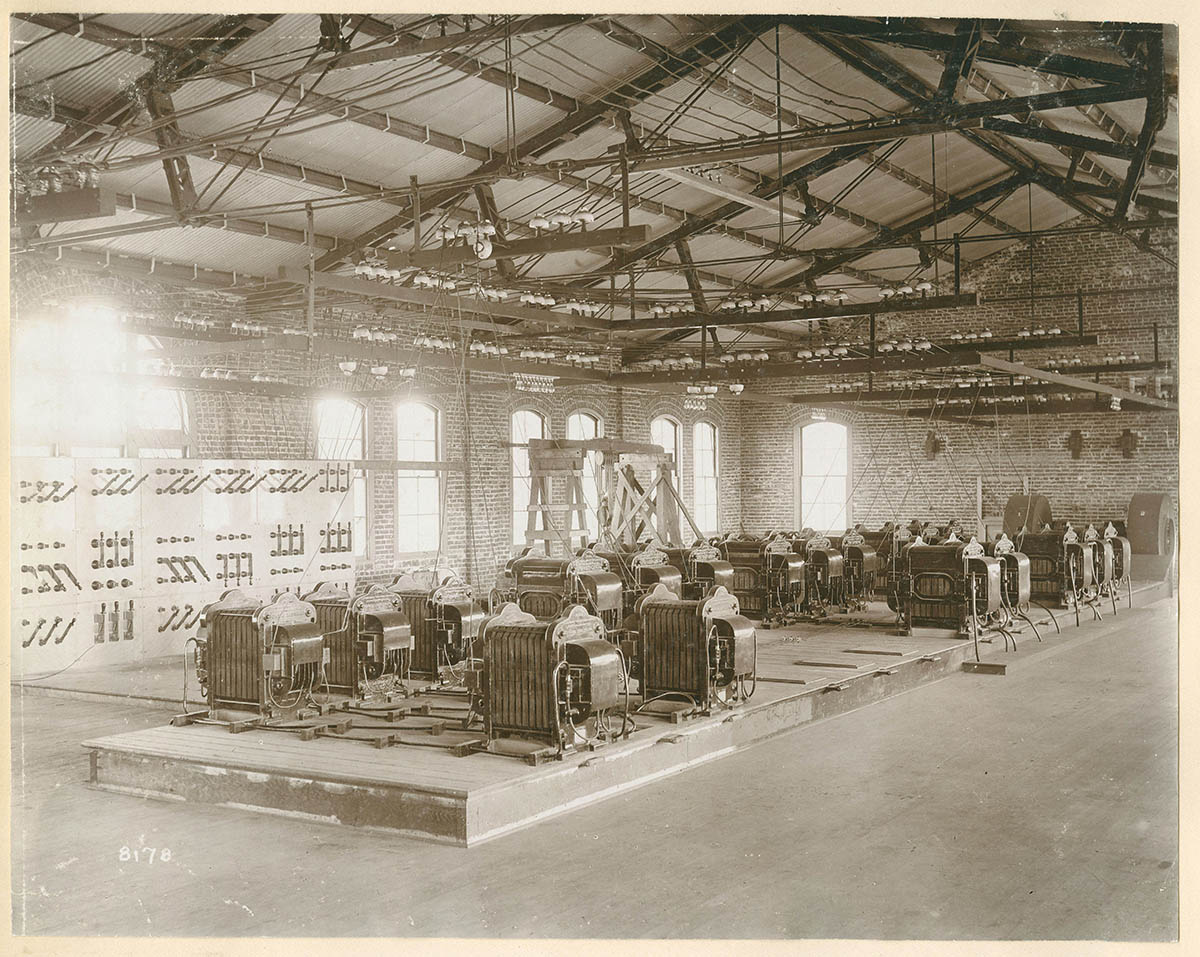 The grid and the power plant — it included four 750-kilowatt GE generators made in Schenectady, New York — was perhaps a small victory for Edison, and it still has a huge impact today. That’s because the station generated a three-phase electrical current oscillating at 60 hertz, the frequency that’s now the standard across North America, parts of South America, Japan, South Korea and other parts of the world. (The frequency is also one reason why GE makes two kinds of its record-breaking HA gas turbines — the 9HA for the 50 hertz countries in Europe and 7HA for 60 hertz markets in the U.S.)

“The high voltage allowed the electricity to be sent on a system developed by Louis Bell, chief engineer of the power transmission department at GE,” according to the IEEE Spectrum magazine. On the 126th anniversary of the first power transmission, the Institute of Electrical and Electronics Engineers (IEEE) installed a memorial plaque July 13 at the still-standing Folsom station and named it one of its milestones.

But the story doesn’t end there. There’s one more person with connections both to the White City and Folsom: electrical engineer and inventor William Stanley. Stanley built the first AC transformer to step up voltage so power could be more efficiently and easily transmitted over longer distances. The invention allowed Westinghouse to electrify the World’s Columbian Exposition and Stanley transformers also made the Folsom grid possible. 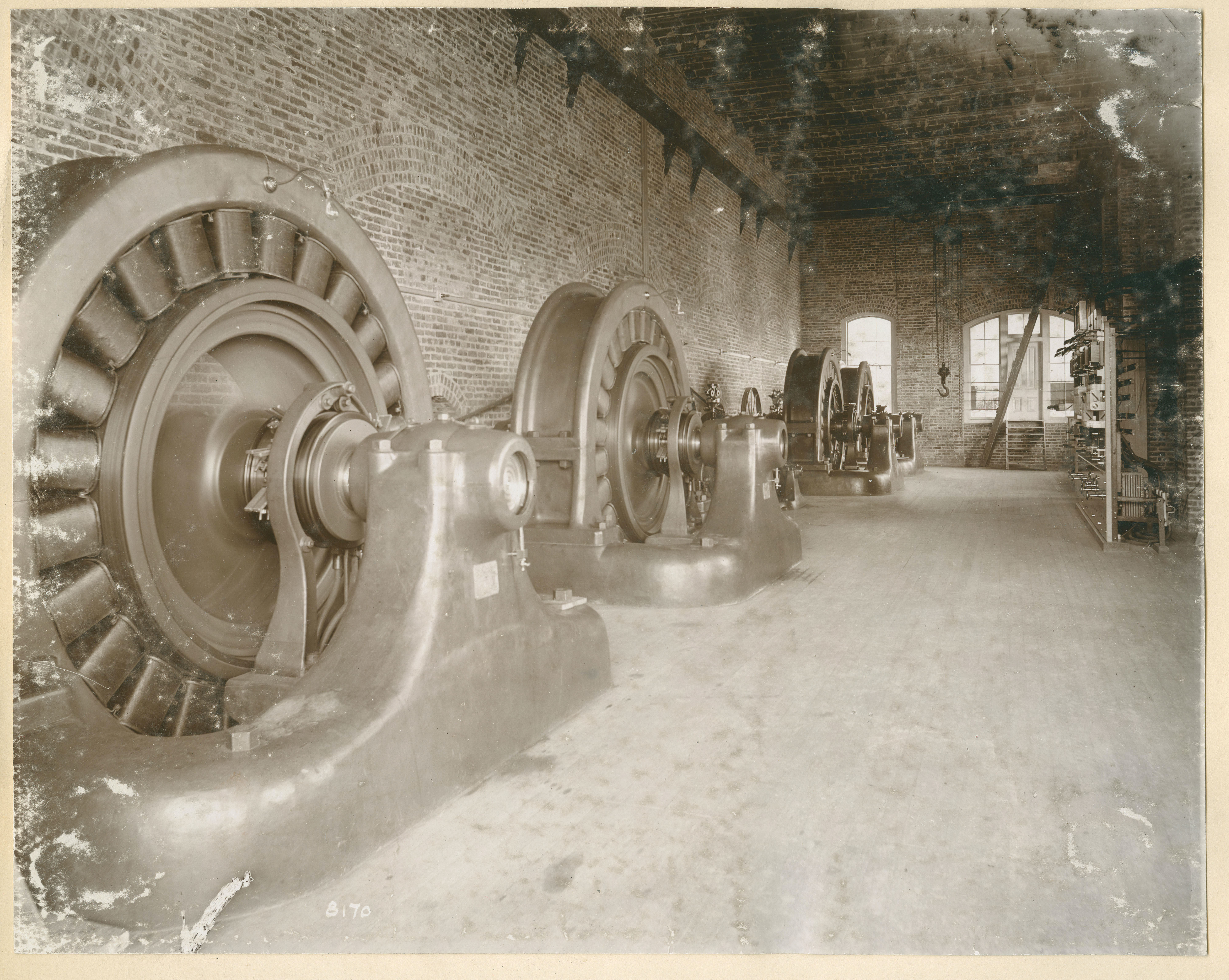 In fact, it was Stanley, not Westinghouse or Tesla, who was the true slayer of Edison’s DC systems. But in a strange twist of fate, he eventually ended up with GE. “Stanley had started with Westinghouse, had designed Westinghouse's AC transformer, but became disillusioned with Westinghouse's budget cuts in 1890, and left and started the Stanley Electrical Manufacturing Company,” Hunter says. “It competed with GE and Westinghouse until 1902 when Westinghouse won a patent suit against Stanley, claiming that Stanley was violating the transformer patent that he had assigned to Westinghouse. Stanley sold his company to GE in 1903 and it became GE's Pittsfield Works.”

In 1912, Stanley received the Edison Medal from the American Institute of Electrical Engineers, “for work that helped cement the defeat of Edison’s DC system,” according to Magnet Academy, a publication of the National High Magnetic Field Laboratory. Or so it goes.

But even that is not the full story. Building on this foundation, GE has since become one of the leaders in power transmission. Its grid business, part of GE Renewable Energy, is now helping to build more resilient grids that can handle the ebb and flow of renewables all over the world and incorporate software that makes all kinds of power generation — wind, solar, hydropower, natural gas and other sources — work together more smoothly when the sun stops shining and the wind ceases blowing. “When you flip the light switch, the light must come on regardless of its power source, because behind the scenes, a modern, reliable and resilient grid is in operation,” says Jérôme Pécresse, president and CEO of GE Renewable Energy.

In a twist, some of the most modern grids — high voltage lines that bring power onshore from offshore wind farms, for example — build on Edison’s old DC networks. IEEE Spectrum reported that the latest incarnation of DC transmission — high-voltage direct current, or HVDC — was “readily available and increasingly affordable, and could replace the old equipment to make long-distance electric power transfers between the eastern and western United States possible.”

GE has an HVDC plant and research laboratory in Stafford, England, and Rafael Bonchang, an engineer at GE Renewable Energy, has spent much of his career working on improving this mode of power transmission. “When you send power from point A to point B, it’s never 100% efficient, and you always lose power,” Bonchang says. “But your HVDC transmission losses are way lower than with AC. The longer the distance of the power interconnectors, the more attractive HVDC becomes. With HVDC, you can also send more power over the same transmission line corridor — as much as three times more, in fact. This is huge considering that the cable itself could represent up to 70% of the total cost of the project.”

You have to hand it to Edison. Even in defeat, he was ahead of his time.