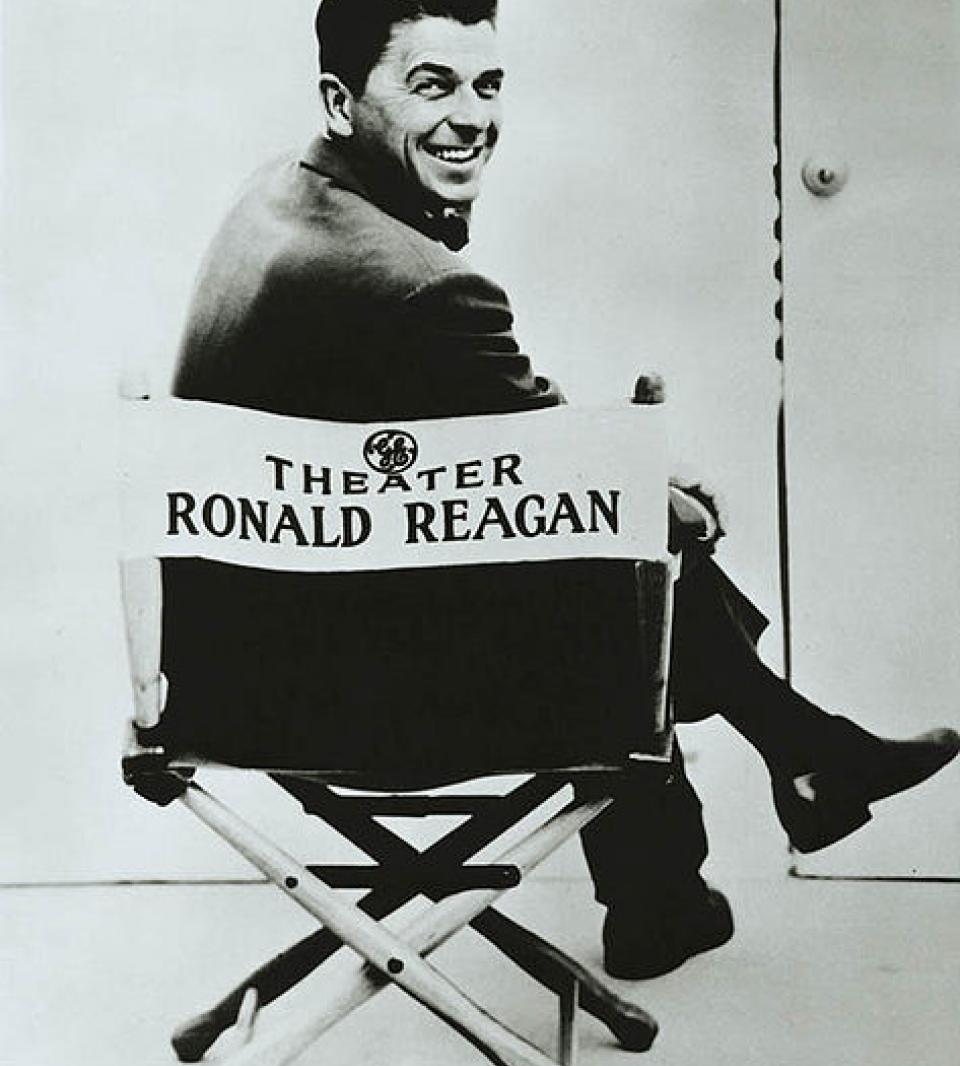 In 2015, the National Geographic Channel launched a new television series called “Breakthrough,” focusing on scientific discovery. The series was developed by the channel and GE, and produced by Oscar winners Ron Howard and Brian Grazer.

But “Breakthrough” was not the company’s first brush with Hollywood. In 1954, it hired actor and future President Ronald Reagan to host a national TV show called “General Electric Theater.”

Don Herbert, the creator and host of “Mr. Wizard,” was Reagan’s “progress reporter,” gathering news on GE’s “contributions to progress through research, engineering and manufacturing skill,” according to a story published in The Monogram, a GE magazine.

Over eight seasons, Reagan and Herbert crisscrossed the country and visited more than 130 GE labs and factories. They reported on everything from jet engines — the technology was barely a decade old back then — to the future of electricity. Several broadcasts in 1956 even took place inside Reagan’s brand-new “all-electric” hilltop home in Pacific Palisades, California, as part of GE’s “Live Better — Electrically” marketing campaign. The Reagan residence served as the model home, “pointing the way to the electrical future.”

By 1956, it was the third-most-popular show on American television, reaching over 25 million viewers every week. 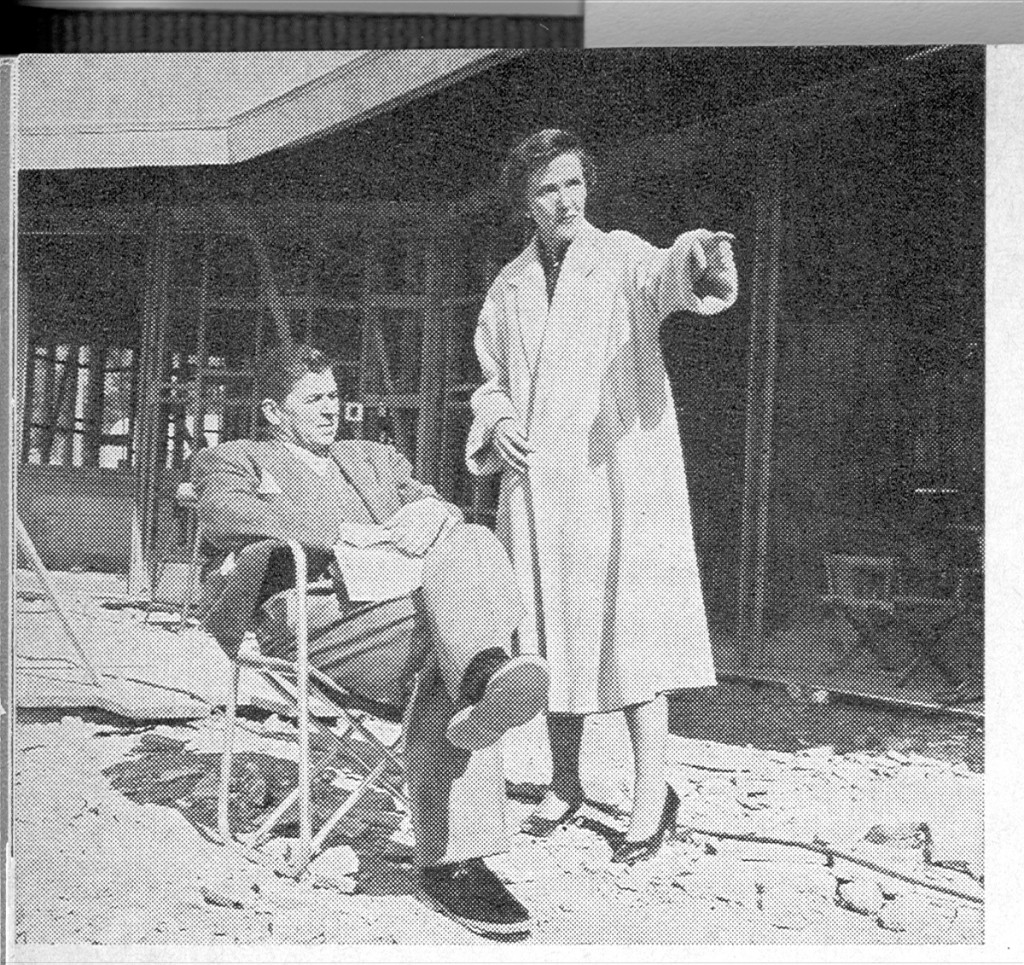 “Apparently the people at GE assume that we are not idiots and are interested in some intelligent facts about their company and its work," the Boston Herald wrote. "It won’t start a trend but we thank them anyway.” Top image: The whole family, including Ronald Jr., then 31/2 years old, and Patricia, 9, greeted viewers during the Christmas Eve episode in 1961. Above: Reagan and future first lady Nancy Reagan opened their "all-electric" house in Pacific Palisades, California, to TV cameras while it was still under construction. Image credit: Museum of Innovation and Science Schenectady

Stars on the show, which aired every Sunday at 9 p.m. on CBS television and radio until 1962, included Fred Astaire, Lou Costello, James Dean, Joan Fontaine, Ernie Kovacs and others. Former first lady Nancy Reagan appeared in four episodes as an actress, and their "all-electric" home was the star of two more segments. “It wouldn’t be same house without the lighting, which is so unique and beautiful … the real thrill comes with sundown when the lights come on,” future first lady Nancy Reagan told The Monogram. The whole family, including Ronald Jr., then 31/2 years old, and Patricia, 9, greeted viewers during the Christmas Eve episode in 1961. 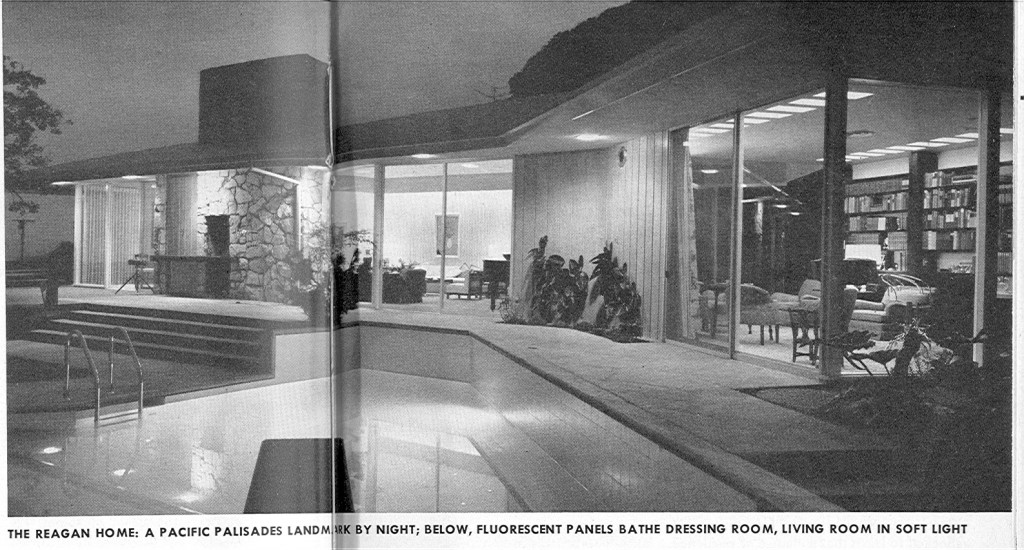 Critics liked the show, too. The Boston Herald opined that “apparently the people at GE assume that we are not idiots and are interested in some intelligent facts about their company and its work. It won’t start a trend but we thank them anyway.”

“General Electric Theater” and Ronald Reagan signed off for the last time in 1962. “We have tried consistently to put on the very best stories available using the best actors and actresses, directors and producers we could find,” Reagan wrote in The Monogram. “We on the ‘Theater’ believe that year in and year out, we have had the highest-quality half hour on television.”

For many in the U.S., Presidents’ Day is a well-deserved day off, but how much do we really know about the holiday itself? It’s been around for a while: Americans have been celebrating it since 1885 to honor their first President, George Washington – and GE has its own storied history with U.S. presidents. 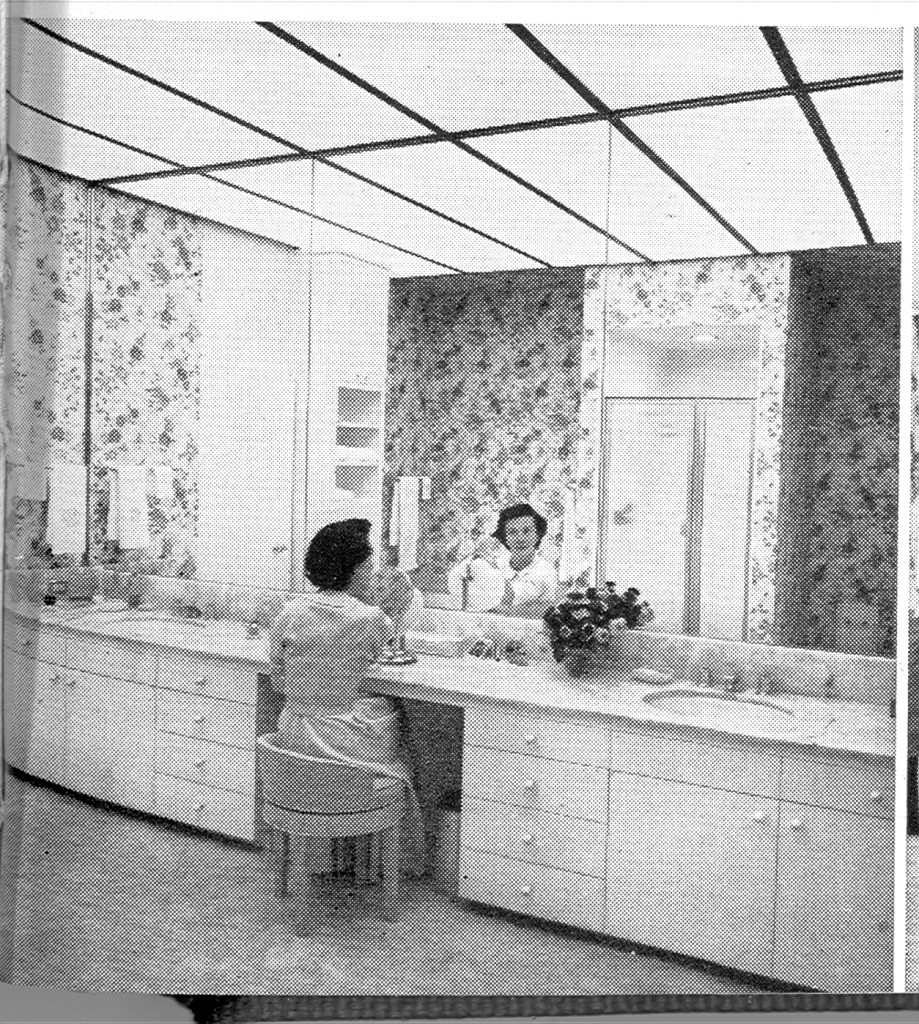 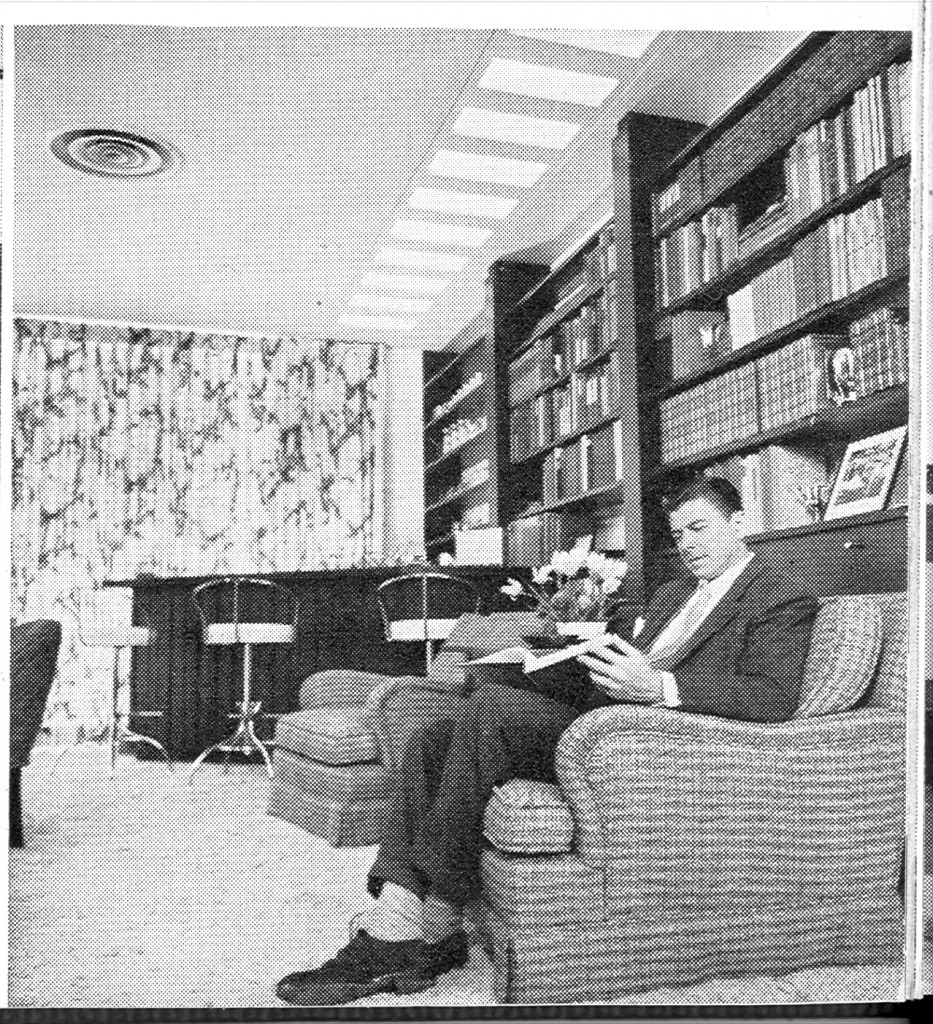 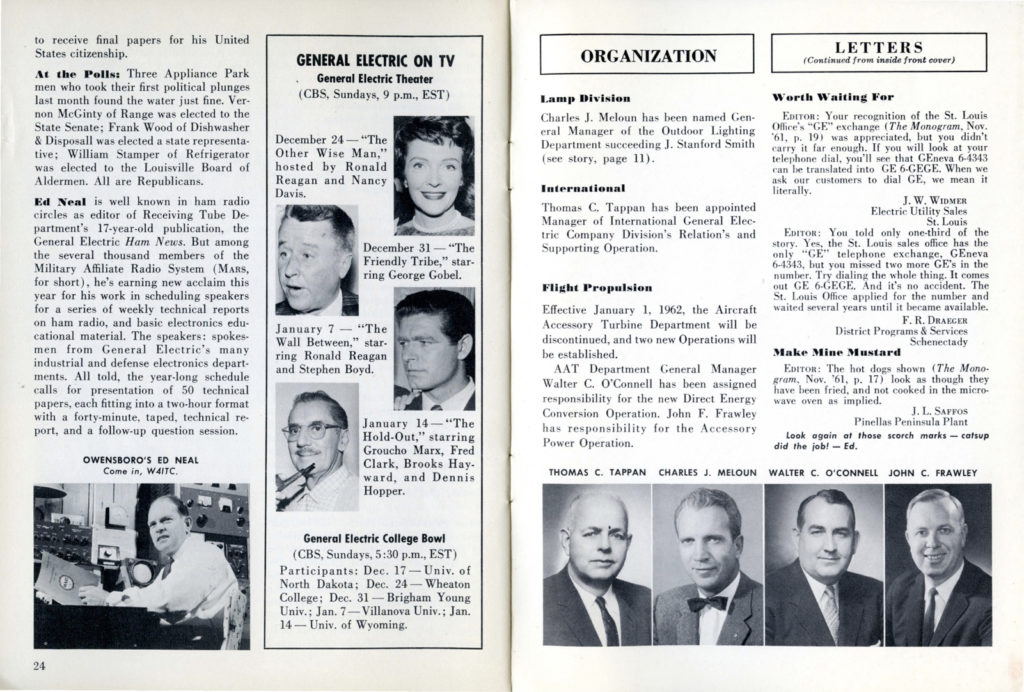 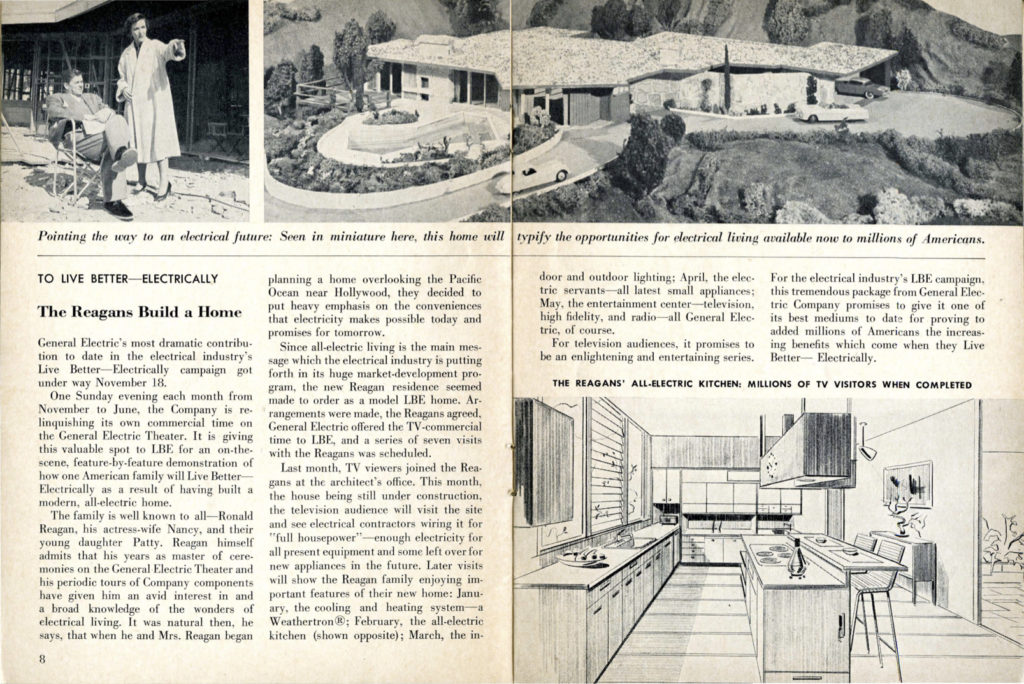 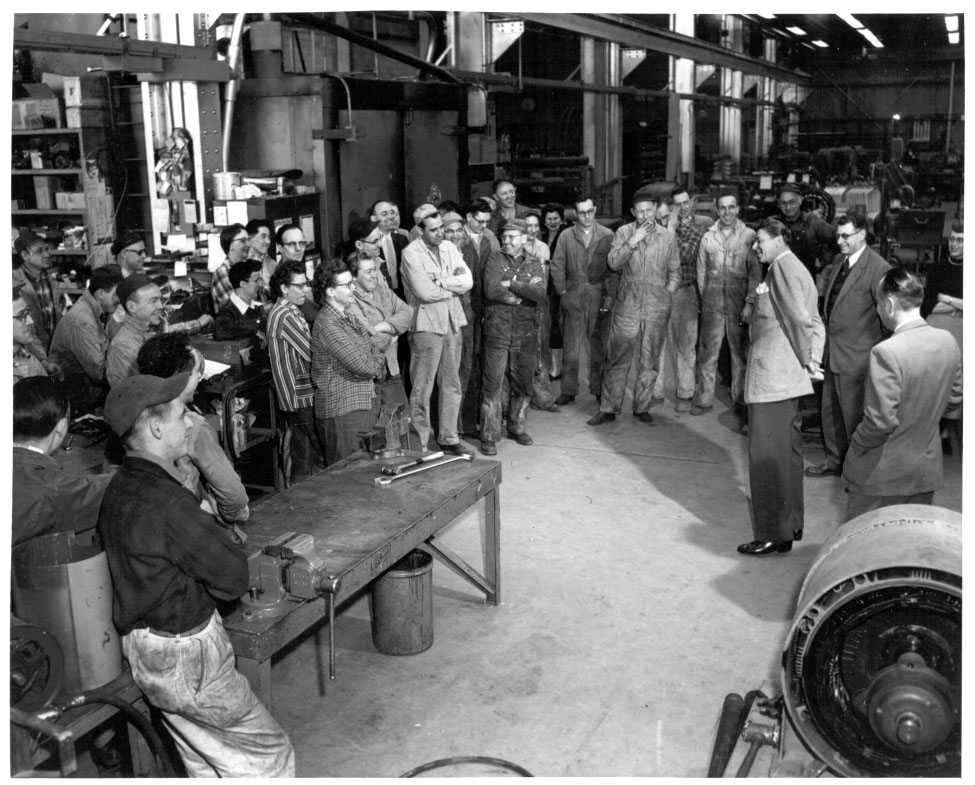 Reagan inside a GE factory in 1956. Image credit: Museum of Innovation and Science Schenectady 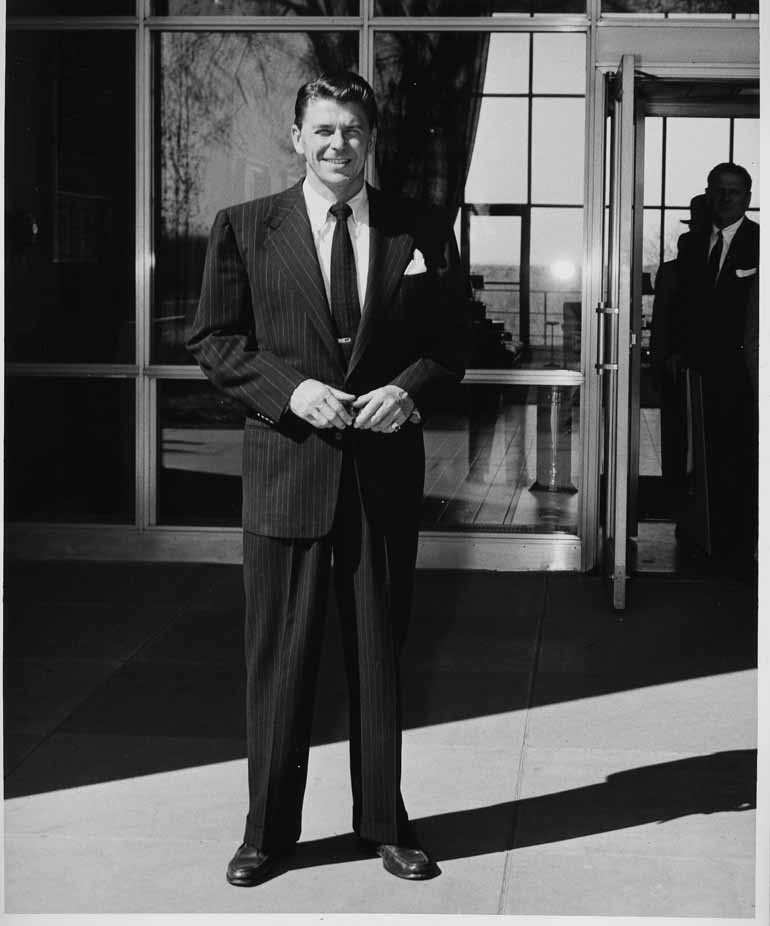 Top image and above: Over eight seasons, Reagan and Herbert crisscrossed the country to visit more than 130 GE labs and factories. Images credit: Museum of Innovation and Science Schenectady