Doubles the previous existing installed base of the entire country


90% of Uganda’s electricity is generated by renewable power 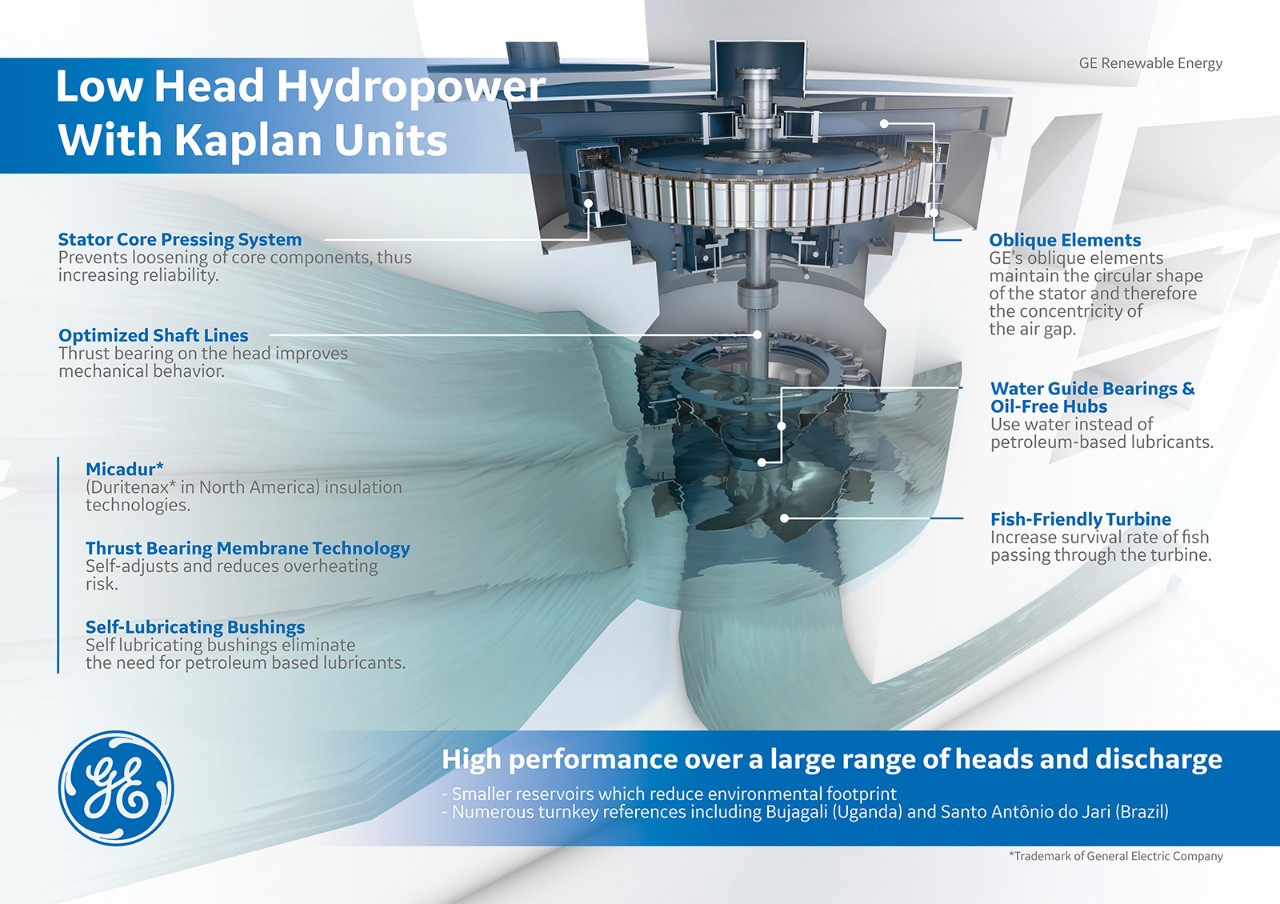 The Bujagali hydropower plant is located on the Nile River, 80 km from the capital city, Kampala, near the town of Jinja, Uganda.

With electricity demand growing at 10% a year and supply remaining stagnant, Uganda has been accustomed to 12-hour daily load shedding. The electricity shortage has directly accounted for between 1% to 1.5% loss to Uganda’s GDP, thereby slowing the country’s economic and social development.

Bujagali is the largest privately financed hydroelectric plant in Sub-Saharan Africa and the largest power investment in East Africa. The project was sponsored by Bujagali Energy Limited consortium (BEL) held by the company based Industrial Promotion Services Kenya and the American company Sithe Global Power.

Under a contract signed with Italian EPC and civil works constructor Salini Hydro LTD, GE provided all electro-mechanical equipment—including five 50 MW Kaplan turbine/generator units, control and protection systems and balance of plant. The control and protection system includes turbine speed governing systems, generator excitation systems and a control room to manage the entire plant. The balance of plant includes a 132 kV substation for connection to a newly built transmission line that connects to the grid.

Unlike other projects, which commonly use fixed blade turbines or “propellers,” the Bujagali turbines feature moveable blades. GE’s Kaplan turbines are characterized by adjustable blades and wicket gates which enable them to deliver efficient output over a wide range of heads and discharge—an important feature given they are frequently used where
river flows vary significantly with the season. Their vertical configuration allows larger runner diameters (over 10 m), which increases unit power and decreases the number of units needed. When used in a run of river configuration, Kaplan power plants can help to accommodate smaller-sized reservoirs, limiting the impact on the environment.

GE has been leading the way in innovating Kaplan power plants for increased performance and reliability for its customers, since it introduced its first Kaplan turbine in 1925.

With 250 MW, Bujagali provides 49% of the country’s electricity generating capacity, and almost doubles the previous existing installed base of the entire country. The project will participate to the reduction of carbon emissions in Uganda by up to 900,000 tons per year, making it one of the largest Clean Development Mechanism (CDM) projects in Africa and the developing world.

The Bujagali project has benefitted the residents and economies of local communities near the project site and will continue to do so for years to come. But that’s not all—the plant has also improved community services such as clean water supply, improved education and health facilities in nearby villages, as well as enhanced infrastructure and of course, access to electricity.