Never Walk Alone: Tony Mathis’ Journey From The Back Seat Of A Fighter Jet To Front Row At GE Aviation

Tony Mathis set his sights high from the start. As a child in Fitzgerald, Georgia, he collected models of the Apollo lunar modules and other spacecraft, beginning a lifelong fascination with flight. In eighth grade, he took a quiz to help him choose a career. His results suggested an astronomer or an engineer. He looked up how much people in each field typically earned. Engineer it would be, then.

But just as it took a team to put a man on the moon, Mathis was learning that anytime you wanted to accomplish something big, you needed support. He found that support in the Clemson Career Workshop, a high school summer program designed to increase the number of incoming African American students studying engineering. “I wouldn’t be here without the program,” he says.

Inspired by his experience, Mathis attended Clemson University on a Reserve Officers’ Training Corps scholarship, finishing as a distinguished graduate in 1986 with a mechanical engineering degree. Then, exactly as he had predicted in eighth grade, he went into the Air Force. Mathis was stationed at Edwards Air Force Base in California, working as a flight-test and propulsion-project engineer — a job that gave him a chance to fly in the back seats of jet fighters, putting high-tech airplanes through their paces.

His service in the Air Force, which ultimately promoted him to captain, reinforced his earlier lessons about the importance of camaraderie and achieving team goals. “It was about doing things that made everyone better, not just optimizing for yourself as an individual,” Mathis says. More than 30 years later, he still talks regularly with friends from that time.

Mathis joined GE Aviation in 1997 after leaving the Air Force. He rose quickly, holding roles in engineering, product support and marketing, including chief marketing officer for the military business and general manager for military customer support. Incidentally, GE Aviation, which powers many Air Force aircraft, started testing its engines in the Mojave Desert near Edwards, and now keeps its flying test bed in nearby Victorville. And to this day, Mathis believes GE had the best engine on the YF-22 test jet, one of the programs he worked on. (GE test pilot Elliott See Jr. based in Edwards was also part of a batch of nine astronauts NASA brought on board for its Gemini and Apollo missions. The group also included Neil Armstrong.) 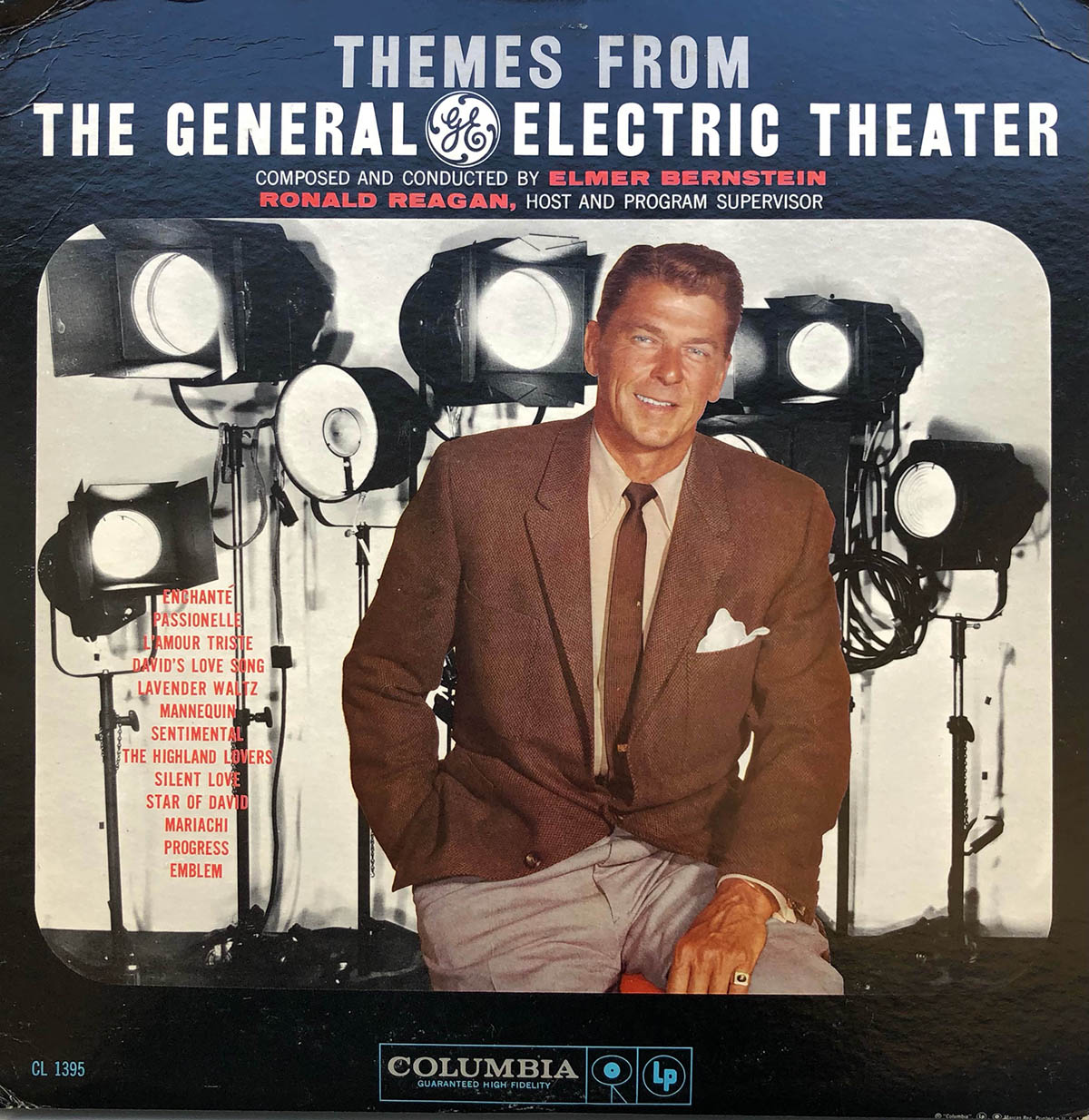 As always, Mathis found that anything worth doing couldn’t be done on his own. He credits a series of mentors, including retired corporate officers Russ Sparks and Lloyd Thompson, for coaching him toward becoming the kind of leader and person he aspired to be.

From Sparks, Mathis learned how to run a business with purpose and principles. He learned to make decisions from the perspective of the customer. He recalls a series of “Russ-isms” that guide his thinking, such as: “The people who do the best in this business tend to be the ones who can keep the most plates spinning. If you’re going to drop a plate, make sure you don’t drop one that’s glass.”

Thompson, meanwhile, became a personal mentor. He was an African American senior executive whom Mathis met in his first couple of years at GE. “It was kind of intimidating to be that early in my career at GE but to have an audience with somebody I had admired and watched from afar,” Mathis says. Soon, the professional relationship grew into the closest of friendships. Mathis found that he could go to Thompson as a sounding board for any question, challenge or decision.

As his own influence grew, Mathis was able to do for others what his mentors and supporters had done for him. “I’ve always been a hard-working, get-it-done kind of guy,” he says. “But I’ve learned it’s not just what you do, it’s how you do it, and also it’s about how you make people feel.”

In 2016, Mathis became president and CEO of military systems at GE Aviation, which makes engines for some of the jets he flew in service. Today he oversees GE’s military operations serving the U.S. Department of Defense and international military customers for aircraft, helicopter and marine engines.

His wife, Stephanie, describes this as his dream job. (The couple, together since college, have two daughters.) And Mathis takes it as his mission to help everyone so that they can achieve their own dreams. He is deeply involved at Clemson, serving on the board of the career workshop that he attended in high school. The board has pledged to raise a $1 million endowment to continue funding the workshop for future generations. He is also vice president of the Clemson Foundation board of directors and leads GE’s relationship with the school. 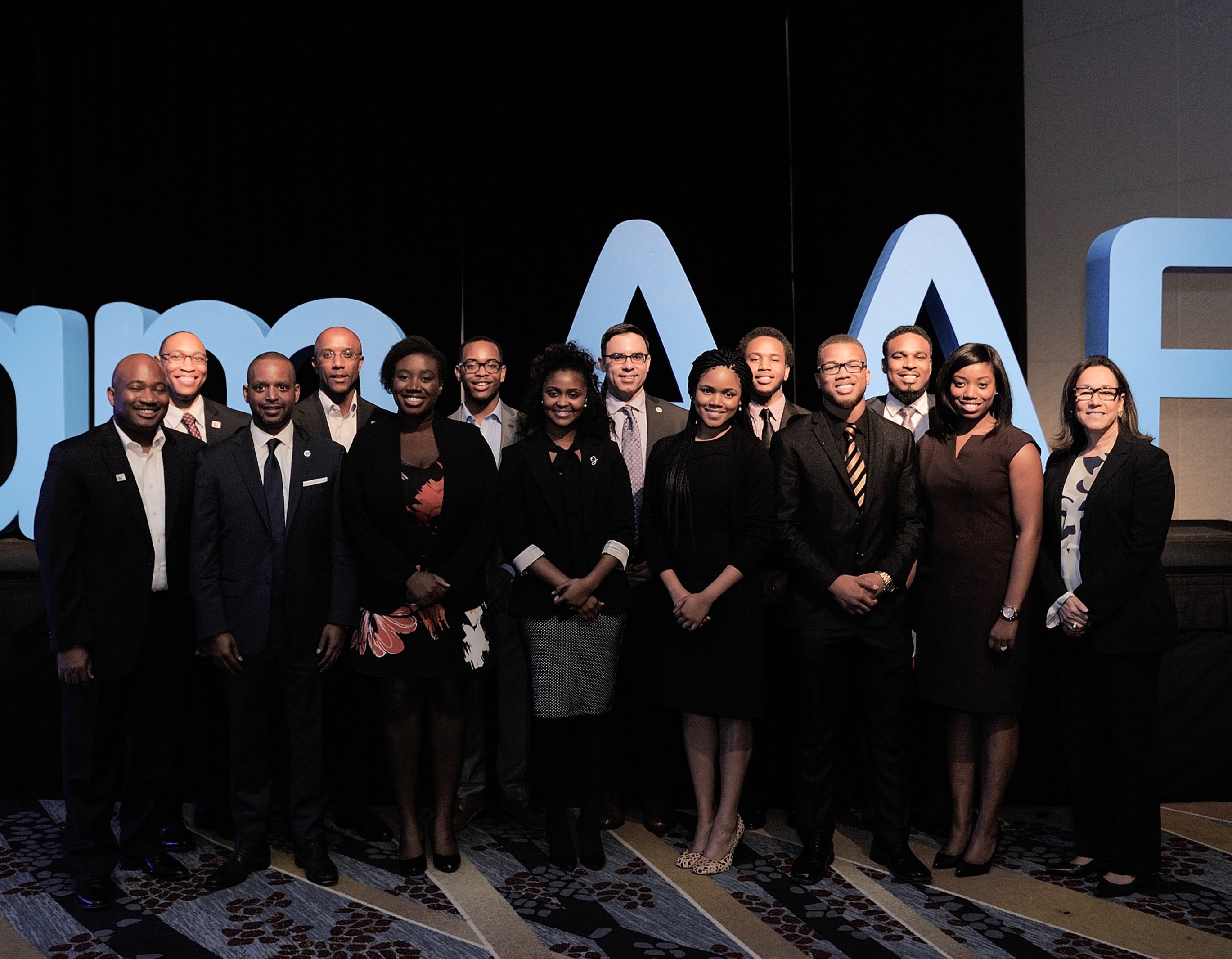 At GE, Mathis is involved with the Omega4Life Leadership Program, a partnership with the Omega Psi Phi fraternity, which has also been an instrumental organization in his life. Each year, GE brings in 20 to 30 African American male college students to build their leadership skills, provide mentorship and encourage them to apply to work at the company.

Mathis has served as president of the GE Aviation African American Forum Chapter, an affinity network that provides employees with growth and development opportunities, and currently serves on the advisory board. He’s also GE’s champion for the Jackie Robinson Foundation, which helps students of color attend college.

Beyond these formal commitments, Mathis makes a point of offering counsel to anyone at GE who asks for his help, whether African American or not. His open-door policy can be taxing for the administrative assistant who needs to keep him on schedule, but he sees it as a fundamental responsibility.

“Because I’ve come from such a humble beginning and have been able to live my wildest career dreams, I spend a lot of time and effort trying to make sure that the Tony Mathis of some other name is afforded the opportunities and support that I got,” he says. 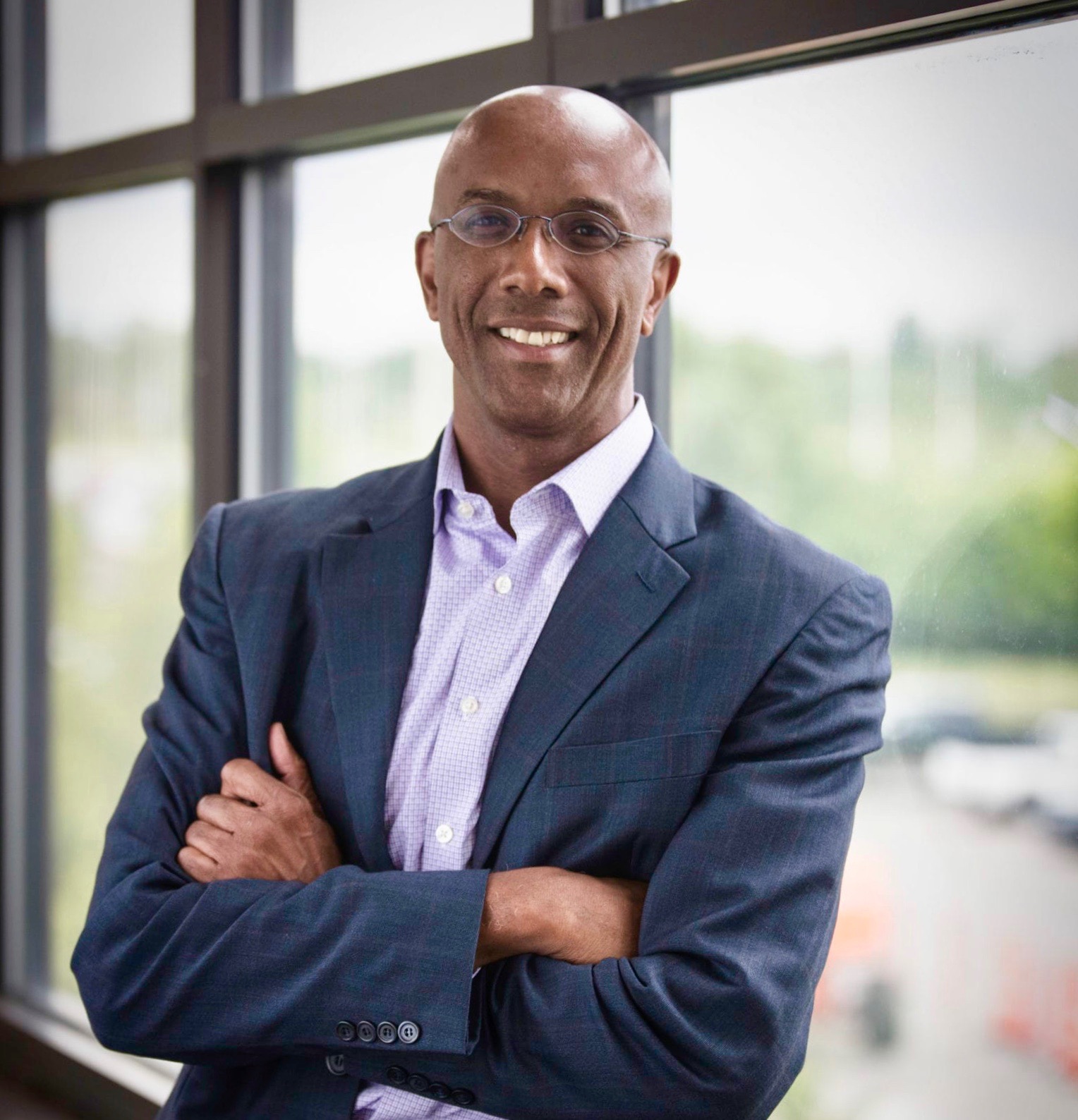 In recent months, as worldwide protests sparked by the killing of Black American George Floyd in Minneapolis have prompted difficult workplace conversations about inclusion and equity, Mathis has spent a lot of time listening to GE employees about their experiences.

“When you come in like I did as a young person in the company, if you look up and don’t see people like you, you become discouraged,” he says. “The encouraging thing is, we’re having what I believe is a meaningful, in-depth discussion about this topic. This is a very tough topic to talk about. But it does affect us all. Role models and representation at all levels of the company matter — to everybody, not just to African Americans, but to all the population.”

For GE to succeed, he says, it needs to continue expanding opportunities for people of all races and backgrounds to thrive. And for the individuals who come to him seeking guidance and support, he wants to be that role model who makes a difference. “It would be irresponsible not to work as hard as I can to give back,” he says, “when so much has been given to me.”