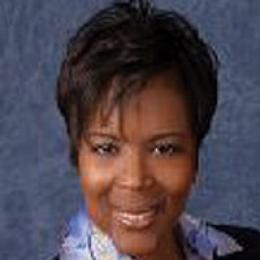 As Senior Director of External Affairs and Technology Programs, Theresa leads a team responsible for both the GE Research center’s (GRC) government relation’s technology portfolio and the company’s strategic initiative to build and expand its external research and development (R&D) partnerships within the U.S. and around the world.

Specifically in this role, she is responsible for identifying potential collaborations to support GE’s long-range technology objectives as well as building support for strategic initiatives with senior government officials and Members of Congress.  In addition, to pursuing R&D opportunities for GRC, she works with the Corporate Government Relations team to ensure a “one company” approach advocacy for GE’s Technology in Washington, DC. Since joining GRC 16 years ago, Theresa and her team have been successful in securing significant government funding for the development of programs impacting all of GE’s businesses. While at GE, Theresa has been a passionate leader on the topic of diversity.  She has been a leader in both the African American Forum and Women’s Network.

Prior to joining GE, Theresa spent 9.5 years leading 3M’s Federal Research and Development funding Program.  She was also a Senior Legislative Assistant for Senator Wyche Fowler of Georgia and Legislative Director for Congressman Don Johnson (D-GA-10). Theresa holds a BA in Business Management from Simmons University in Boston, MA and a Masters in Urban Design from the University of Virginia in Charlottesville, Virginia.

Over the years, Theresa has received numerous community and business awards for her commitment to diversity in STEM as well as for her role in mentoring African American Women in business.  Theresa is an active member of Alpha Kappa Alpha Sorority, Incorporated.  She also serves on both the Bishop Ireton Catholic High School and Saint Stephens and Saint Agnes School Diversity Councils.  She and her family are active members of the historic Alfred Street Baptist Church in Alexandria, VA, where she and her husband are counselors in the Pre-marital Counseling Ministry.