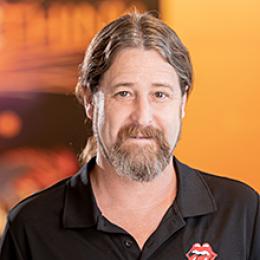 Robert grew up in Yorktown New York. He worked for a general contractor building kitchens & decks. He then graduated Yorktown High School in 1991, graduated SUNY Plattsburgh in 1995 (BS Environmental Science, Minor in Chemistry).  Robert worked as a hydrologist for the U.S. Geological Survey from 1996 to 1999.  He then worked as a chemical technician for Starfire Systems in Watervliet NY from 2000-2001.  Then, he worked at Steifel labs from 2001-2007 running HPLC machines for quality control of pharmaceuticals.  Robert started working at GE Research in 2007 as a YOH contractor, and was hired by GE in April of 2008.  Robert is the lead technician for the Dielectrics group. If you need any help making or testing dielectric samples come talk to me.