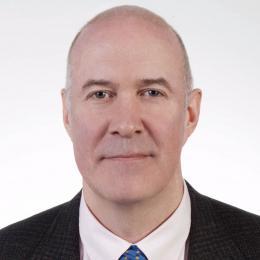 As a Senior Principal Scientist within GE, John leads the development of novel equipment and consumables that can be used by the life science and diagnostic communities.

During his postdoctoral research he discovered a novel DNA polymerase, which he named DNA polymerase zeta (a dimer of REV3p and REV7p), the first in a whole new class of polymerases that can perform efficient translesion DNA synthesis in eukaryotes, and is responsible for the bulk of mutagenesis in eukaryotic cells in response to DNA damage. He also discovered an entirely new enzyme which utilizes an internal amino acid side chain as a "DNA template" to efficiently replicate past abasic sites. Together these discoveries revolutionized our understanding of damage-induced mutagenesis.

While John started his career characterizing DNA polymerase's, since coming to GE he has been involved in the development of many products, including the MegaBACE™ DNA Sequencing Platform, the Codelink™ Microarray Platform, The DYEnamic™ ET Terminator Automated DNA Sequencing Kit, and the TempliPhi™ and GenomiPhi™ DNA Amplification Kits.

His track record for development of useful molecular biology methods that transition into the research field is excellent, with a rich portfolio of advances. John is also one of the inventors of terminal phosphate labeled nucleotides used by some next-generation DNA sequencing platforms.

In addition to a role in project leadership on internal GE projects, John has been Principal Investigator on five external grants as well as a key member of numerous grants. He also participates as a mentor, and scientific consultant for a wide range of internal projects. John is a regular ad-hoc NIH-NHGRI, NIH-SBIR and NIJ grant reviewer, serving on 32 study sections in the past 9 years (chairing four). He is currently involved with projects to amplify DNA from trace samples such as forensic samples, individual microbes, circulating DNA, circulating tumor cells, and DNA from FFPE, as well as the development of rolling circle amplification to generate bulk DNA to be used in nucleic acid-based therapies.

John currently has authored 22 peer reviewed publications and is an inventor on 62 issued patents.

John has been married 30 years to his wife, Deirdre, with 2 daughters. He is active in crew, rowing competitively as a member of the masters rowers at Burnt Hills Rowing (https://www.bhrow.com/). As they say; any seat, any boat, any race, any day. He also enjoys homebrewing beer, which he has been involved with for the past 30 years. John also spends time charcoal grilling year-round while working in the yard and garden with his dogs.