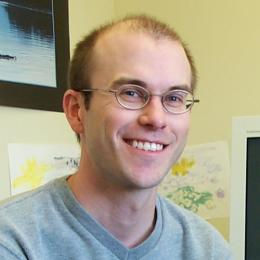 Driven by the belief that mechanistic-based models are critical to progress in any field of research, I have spent my career at GE Research developing and applying computational modeling in every project I have worked on. Below is a list and summary of some of the projects and areas of research I have worked in.

I have spent years developing capabilities and software tools for interactive viewing and analysis of high content data in a biological pathway context. The high content data includes tissue and cell images with spatial immunofluorescence (IF) and fluorescence in situ hybridization (FISH) measures. Image analysis and segmentation protocols are run to provide measurements at the individual cell level down to sub-cellular locations (e.g. plasma membrane, nucleus, and cytosol). These single cell measures are combined with DNA-Seq and RNA-Seq measures from regions of interest or from whole tissues. I developed GE’s Plugin tool to the Cytoscape software that allows researchers to select features from this high content data and show how it impacts biological pathway views. Furthermore, a researcher can select features or states of the biological pathways and then view how the selected biological states at the single cell level are spatially distributed in the tissue images. Being able to interactively differentiate between tissues and within tissue samples across multiple pathway maps can be achieved using this tool. I have also developed the Multi-Omics Heterogeneity Analysis (MOHA) approach to compute tissue heterogeneity metrics from spatially resolved molecular measures (Graf and Zavodszky 2017 PLoS One). This tool computes the molecular state of each cell in a tissue sample based on a pathway or gene set. Spatial states are then computed based on the spatial arrangements of the cells as distinguished by their respective molecular states. I am currently investigating the correlations between these intratumor molecular and spatial heterogeneity metrics and cancer aggressiveness and recurrence risk as part of  Systems Modeling of Tumor Heterogeneity and Therapy Response in Colorectal Cancer (NIH/NCI R01CA208179-01A1).

In 2008, I was awarded a Defense Threat Reduction Agency (DTRA) contract to develop BioDMET, a physiological-based pharmacokinetic (PBPK) model and software tool. DTRA is interested in approaches that can be used to extrapolate efficacy trials in animals to humans for new medical therapies when human clinical trials are neither ethical nor feasible. As Principal Investigator (PI), I successfully led and completed this 4-year DTRA contract in September 2012. The project created a database of nearly 15,000 time-concentration measurements from over 300 scientific studies to test the in vivo predictive performance of PBPK models for small molecules, antibodies, peptides and proteins and oligonucleotides in humans and animals. As PI, I identified the key personnel and worked with them on generating in-vivo pharmacodynamic data on antibiotics in a Staphylococcus aureus murine thigh infection model to test BioDMET's extrapolated PD predictions. In my research with DTRA, I developed capabilities to perform Bayesian data analysis of complex kinetic models in a high performance computing environment. BioDMET was also successfully used in a rapid countermeasure discovery exercise against Francisella tularensis that involved multiple labs and collaborators (Chaudhury et al 2013 PLoS One).

In 2004, I began studying the oligomerization process for the amyloid beta (Abeta) protein, including the available evidence for the cytotoxicity of specific forms of Abeta oligomers. I developed kinetic and molecular models for Abeta oligomers and performed in silico small molecule docking studies on potential ligands in support of a GE project in developing molecular targeted imaging contrast agents. This project was conducted in collaboration with Eli Lilly, wherein the project team mined chemistry libraries for binders and further expanded GE’s Abeta trafficking model to explain experimental results for a monoclonal antibody in PDAPP mice. Starting in 2010, I was given the opportunity to work on a project funded by GE Healthcare to assess biomarkers for the early detection of Alzheimer’s disease in collaboration with Johnson & Johnson and the Commonwealth Scientific and Industrial Research Organization (CSIRO), Australia's national science agency (Westwood 2016, Ashton 2015). I spent four years analyzing and modeling multi-omic data from the Australian Imaging, Biomarker and Lifestyle Flagship Study of Ageing (AIBL) and Alzheimer's Disease Neuroimaging Initiative (ADNI) cohorts.