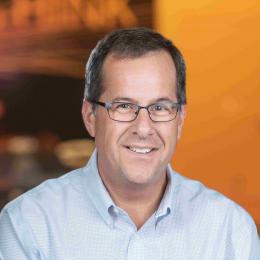 Jeff is a Principal Engineer in Biomedical Electronics. For the past decade, his research has been associated with human physiology spanning from sensors and electronic devices through signal processing and analytics. His applications are primarily focused non-invasive techniques to interact with the human body for diagnosis and therapy. Jeff leads the multi-disciplinary Bioelectronic Medicine research team with a focus on developing new technologies for neurorecording and neurostimulation in both the central and the peripheral nervous system.

Jeff began his career with GE in 1989 on the Edison Engineering Development Program at the Aircraft Electronic Systems Division of GE Aerospace. He joined GE Research in 1992 and has since served in roles as a bench technologist, manager and research investigator. Jeff’s early career was in military radar where he led the design of the first all-digital anti-jam GPS system through a GE-Lockheed Martin collaboration for the Joint Air-to-Surface Standoff Missile (JASSM). With a passion for medical applications, Jeff migrated his research to physiological systems and championed wearable, wireless medical devices for clinical use, health & wellness and human performance applications.

Jeff holds degrees in electrical engineering from Clarkson University (BS’89 computers and communications) and Syracuse University (MS’92 radar systems), has 28 granted US Patents and over 50 publications. He has been a Principal Investigator for the US Army, US Air Force, the National Institute of Health and the National Institute of Justice. During his GE career, Jeff served two terms as a federally appointed advisor to the US Department of Commerce on the Emerging Technologies and Research Advisory Committee (ETRAC) and served 4 years as a visiting scientist in the Medical Electronics Device Realization Center (MEDRC) at Massachusetts Institute of Technology.