GE Working to Speed Up Software Cert of Critical Systems

DARPA’s ARCOS program is focused on accelerating new developments that reduce the time and cost of certifying new software or software updates to the Department of Defense’s (DOD) large military platforms.  Today, this process is largely manual and highly dependent on a variety of human subject matter experts that must evaluate millions of lines of code and other verification data when reviewing the certification of software for a typical system. The ARCOS program is aiming to achieve a more principled and automated certification process.

Kit Siu, a Principal Engineer on GE Research's Controls and Optimization team, and Dr. Abha Moitra, a Principal Scientist in the Artificial Intelligence Group, are leading GE’s ARCOS project. Siu and Moitra are creating an automated assurance model that can quickly gather and curate the right data and evidence to analyze for certification.  This is wholly different from a typical App update we might experience as consumers with our mobile devices or PCs.  As part of GE’s project, Siu and Moitra will be developing and demonstrating an assurance model for a complex aerospace system, which involves a much bigger, more complex and safety critical application.

“A typical aerospace platform contains tens of millions of lines of software code,” Siu said. “If you want to make any software changes or updates to that system, you must build what is known as an assurance case where you gather and curate the right data and evidence much like a lawyer would do to prepare for a big court case.”

Moitra adds, “You must build a solid case that proves the changes being made will not compromise the system.  To make this process faster, we will be using AI, semantic technology, natural language processing, automation and data analytics to gather and curate the right evidence to build a thorough assurance case in an expedited manner.”

GE Research is collaborating with GE Aviation Systems, a leading manufacturer of avionic systems; Galois, a leading developer of software to assess the trustworthiness of critical systems; and Guardtime Federal, which has developed a unique implementation of blockchain technology to secure the integrity of data used to manage critical systems. 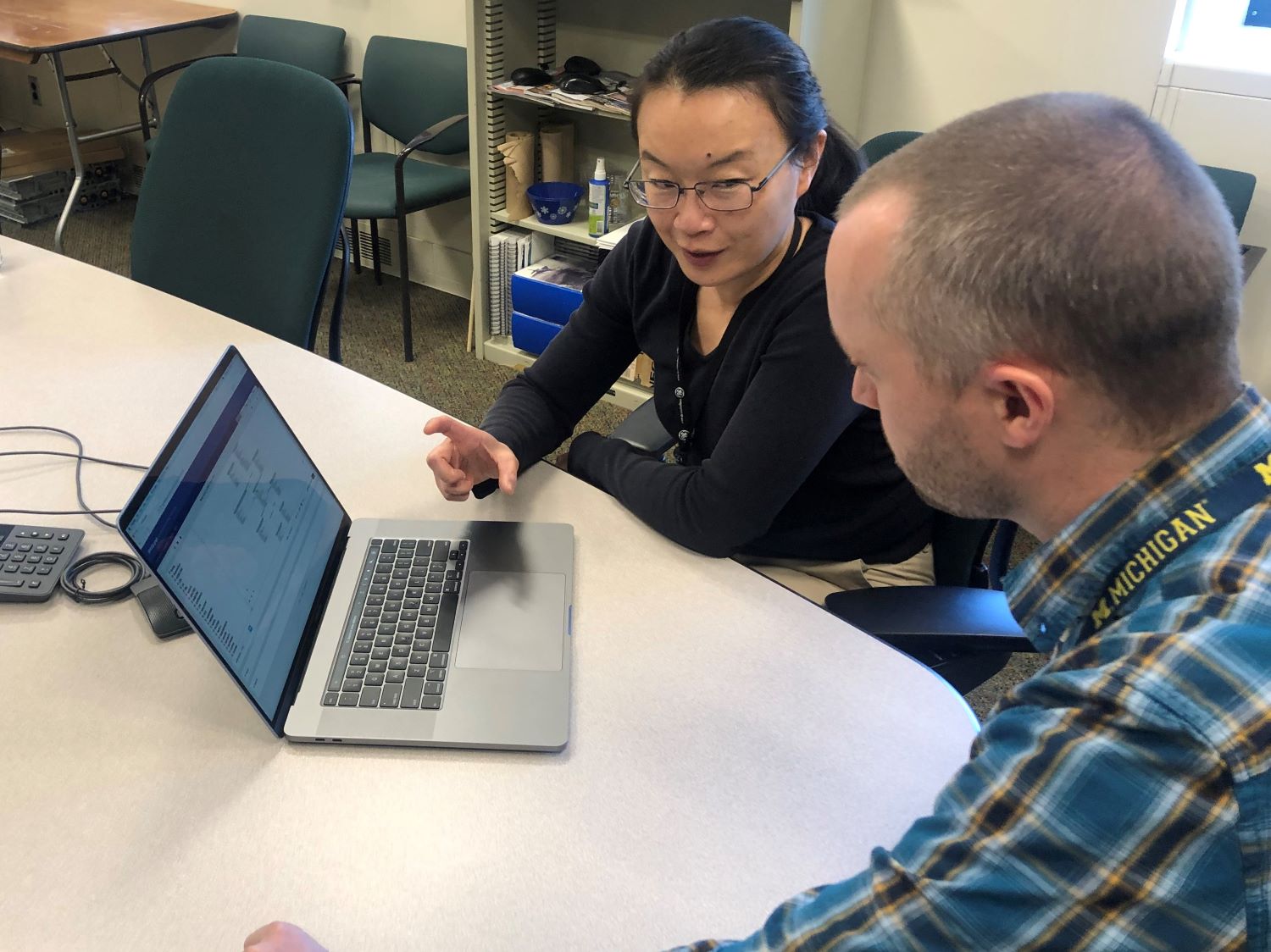 Caption: Kit Siu, a Principal Engineer on GE Research's Controls and Optimization team, confers with her colleague Dan Prince, a Senior Systems Engineer at GE Aviation Systems, on the automated assurance model they are developing through DARPA's ARCOS program, to speed up the process of certifying software for critical military and industrial systems.

Leading the team at Galois is Dr. David Archer, an expert in data-intensive systems and particularly in curating data and its provenance – the story of its origins, evolution, and resulting confidence in the data. “Unlike computer programs, which you can evaluate by formal methods or testing, data can’t speak about its trustworthiness. A key piece of our work in ARCOS will be to give users of assurance evidence data a quantifiable confidence based on where the data originated, who touched it, and when it was modified.”

To make the data used in critical systems more secure, Mr. Joseph Farrell from Guardtime Federal (GTF) is collaborating with Dr. Baoluo Meng from GE Research, to explore the application of Guardtime Federal’s KSI® Distributed Cryptography technology to provide secure provenance and data integrity for the artifacts being used for certification.

“As DARPA makes strides to increase the speed and automation of software certification processes, Guardtime Federal is excited to collaborate with GE Research to add digital integrity and provenance to the ARCOS evidence lifecycle,” said David Hamilton, president of Guardtime Federal. “Mathematically provable integrity is key to knowing that the data you are using comes from a trusted source, helping combat cyber threats from adversaries that are targeting our software and weapon system development pipelines.”

The GE Research-led team is in the second year of the project and on track to demonstrate its automated assurance model with a complex aero system as part of the scope of its work through DARPA’s ARCOS program.

Galois is a world leader in technologies that assess and prove trustworthiness of critical systems. Calling on model-based design, formal methods in computer science, and high assurance methods, Galois takes on the toughest problems in assuring that systems do exactly what they should, and nothing more – and that the trust in such systems is objectively explainable.

“A typical aerospace platform contains tens of millions of lines of software code. If you want to make any software changes or updates to that system, you must build what is known as an assurance case where you gather and curate the right data and evidence much like a lawyer would do to prepare for a big court case.” - Kit Siu, Principal Engineer in GE Research's Controls and Optimization team
Share to social
Media Contacts
MEDIA RELATIONS