GE to Drive “Risk-Aware” Off-Road Autonomy with US Army

GE to Demonstrate “Risk-Aware” Off-Road Autonomy with US Army

NISKAYUNA, NY – June 16, 2020 – Aiming to take driverless vehicle technology “off-roading,”  the GE Research Robotics Team has been awarded a project with the US Army through its Scalable Adaptive Resilient Autonomy Program (SARA) to develop a new kind of “risk-aware” autonomous technology that enables military ground vehicles to move safely in complex off-road conditions. 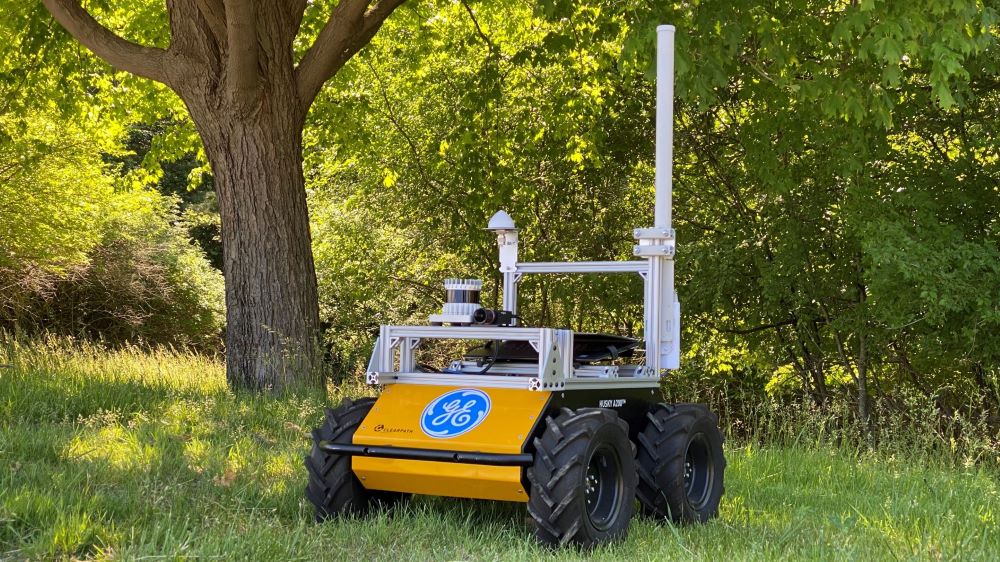 Pictured: Injecting a little humility into this navigation system, GE is developing a risk-aware autonomous ground vehicle to safely and autonomously navigate unstructured terrain such as forested areas. The system will integrate GE's novel Humble AI algorithms to help the vehicle assess the risk of where it is safe and unsafe to drive.

GE’s project is one of eight being funded by the U.S. Army’s Combat Capabilities Development Command Army Research Laboratory to advance autonomous, off-road navigation capabilities for military ground vehicles. The Army is looking to enhance autonomous vehicle capabilities to perform safely and reliably in complex battlefield environments such as wooded areas where paths are unstructured, conditions uncertain and for which no maps exist to provide direction.

GE researchers believe one of the big challenges to enabling autonomous, off-road capabilities is developing a system that is risk aware. The key, Shiraj Sen, a Senior Robotics Scientist at GE Research and the Principal Investigator for this program, says is to introduce a little humility into your autonomous vehicle system.

“We will be integrating a new algorithmic approach GE has developed called Humble AI, which will enable our system to decipher known paths from uncertain paths much like a human might do hiking through the forest,” Sen says. “Essentially, GE’s autonomous system will be able to process the information our vision and LIDAR technologies gather to determine where it’s safe to drive and where it’s not safe to drive through highly unstructured environments.”

Sen noted that GE will be leveraging learnings from its application of Humble AI in other major industrial applications such as industrial field service and wind turbine operations where safety and reliably are paramount.

“Over the past few years, GE has successfully field-tested robotics and autonomous systems in a number of domains.  As we move toward environments with more uncertainty such as what we’re looking at with SARA, integrating Humble AI concepts makes a lot of sense.”

Sen explained that Humble AI delivers safe control of a system, for example a wind turbine, when it is familiar with a given operating scenario. It is within its so-called “zone of competency.” When the system falls outside the zone of competency and a new operating scenario emerges that the algorithm has never seen, it takes a step back and places the turbine into default safe mode.  Following that, our approach estimates the uncertainty in the robot’s machine-learned perceptual models and uses that knowledge to drive robot behavior. We believe that such risk-aware techniques lead to faster operational speed, by virtue of the robot requiring fewer and less-involved human interventions.

“Our objective is safe and reliable autonomy that operates over long distances of rugged, unplanned terrain,” says Eric Spero, SARA program manager. “Integrating a risk-aware planner into our autonomy stack will help our representative autonomous vehicles quickly learn and adapt.”

“Combining Humble AI with risk-aware planning, we could ultimately design an autonomous vehicle navigation system that not only mimics a human’s capacity to assess risk, but also learn on the fly as it navigates unknown or unstructured territory,” Sen said.

The GE Research Robotics Team will be developing their risk-aware autonomous vehicle navigation system in a very iterative process over the next few months.  The Team will demonstrate their technology on a small-scale ground vehicle with the Army in November.

“We will be integrating a new algorithmic approach GE has developed called Humble AI, which will enable our system to decipher known paths from uncertain paths much like a human might do hiking through the forest. Essentially, GE’s autonomous system will be able to process the information our vision and LIDAR technologies gather to determine where it’s safe to drive and where it’s not safe to drive through highly unstructured environments.” -- Shiraj Sen, a Senior Robotics Scientist at GE Research and the Principal Investigator for GE's SARA project
Share to social
Media Contacts
MEDIA RELATIONS