It certainly wasn’t the first time a blanket of still, cold air covered the British Isles early in a November. But what made the autumn air mass that settled in the area this year different was its impact on the power industry.

The U.K. is increasingly relying on wind power — it is building the world’s largest offshore wind farm — and the weather system prompted managers at its electricity system operator, National Grid ESO, to take notice. They alerted the electricity market over Twitter that its spare capacity for generating power tightened. The U.K.’s growing number of wind turbines still produced some 21% of the country’s electricity supply that month. But factors “including below average temperatures, varying renewable output and generator outages have all played a role in reducing our buffer of spare electricity,” the operator later explained in a report, “meaning on a few occasions last month we issued an electricity margin notice.”

The occurrence meant that Britain tapped more electricity from sources like power plants using natural gas as fuel, trade media reported. In fact, the episode is a good example of what the future of electricity may look like. Wind and solar expansion are expected to add 74% of net new generation capacity by 2040, according to the International Energy Agency. But because power demand is expected to nearly double over the next two decades, wind and solar will still only account for 28% of total generation, the IEA estimates. That means they will need to work in tandem with sources like natural gas plants that can be fired up on demand to make sure that customers have electricity when they need it.

Natural gas has also other benefits . It can help address climate change by allowing companies to move away from more carbon-intense generation sources such as coal.

“Renewables are fantastic, but the challenge is that they are not always available,” says Brian Gutknecht, marketing leader at GE Gas Power. “It’s not just a matter of their constant variability, but you go through these cycles where it’s not uncommon to see a week with low-wind conditions. When they are not available, you need something that doesn’t just fill the gap for an hour or two. You need something that can fill the gap for days. Gas can step in and fill in the shortfall. You run existing gas a little bit harder or in some cases you can add new gas generation.”

Gutknecht should know. He and his team just published a new paper looking at the interplay of renewables and gas power generation and how together they can “accelerate the growth of renewables” and “rapidly change the trajectory of climate change.” He says that “the reality is that gas is already contributing to a massive carbon reduction by substituting coal-fired power generation at a scale that’s needed. Renewables at their current pace and trajectory are not going to be able to sufficiently address this in a timely enough fashion.”

Gas and renewables also tend to work well together on the power grid, where supply always has to match demand. Vera Silva, chief technology officer of GE Renewable Energy’s Grid Solutions unit, says utilities operate the electrical grid "like a Swiss clock,” balancing generation and demand on a millisecond basis and instantly absorbing any unexpected event without interrupting supply. “If you think about the transition to decarbonization, how do you convert that ambitious goal, in a way that keeps the grid rock-solid all the time, but deals with this rate of change?”

Smaller gas power plants depending on turbines called aeroderivatives — they are essentially a jet engine modified to burn gas and generate electricity — can start up in less than 10 minutes, and big combined-cycle power plants can take less than 30 minutes. This gives utilities enough time to get ready when the wind starts to die down. “Think of the gas turbines as a shock absorber that’s balancing the demand on the grid,” Gutknecht says. “I have demand that’s varying, I’ve got supply from renewables that’s varying, and the gas turbine that’s in between balancing constantly: up and down. I can ramp up and down hundreds of megawatts very quickly.” Silva’s unit is working with GE Digital on software to make this balancing act even smoother.

Gutknecht says that we have to start making meaningful headway in cutting carbon and slowing down climate change now, or we will run out of time. “It’s great to have these long-term decarbonization goals and ambitions, but there’s only so much sand in the hourglass before our opportunity runs out,” he says. “I want to make as big a reduction as quickly as possible so the sand falls at a lower rate. It’s like squeezing the neck of the sand timer. It would give me more time to get to that end state. Don’t figure out the path to zero in 2050. Figure out how you can make the biggest reduction in 2021, and then in 2022 and beyond.” 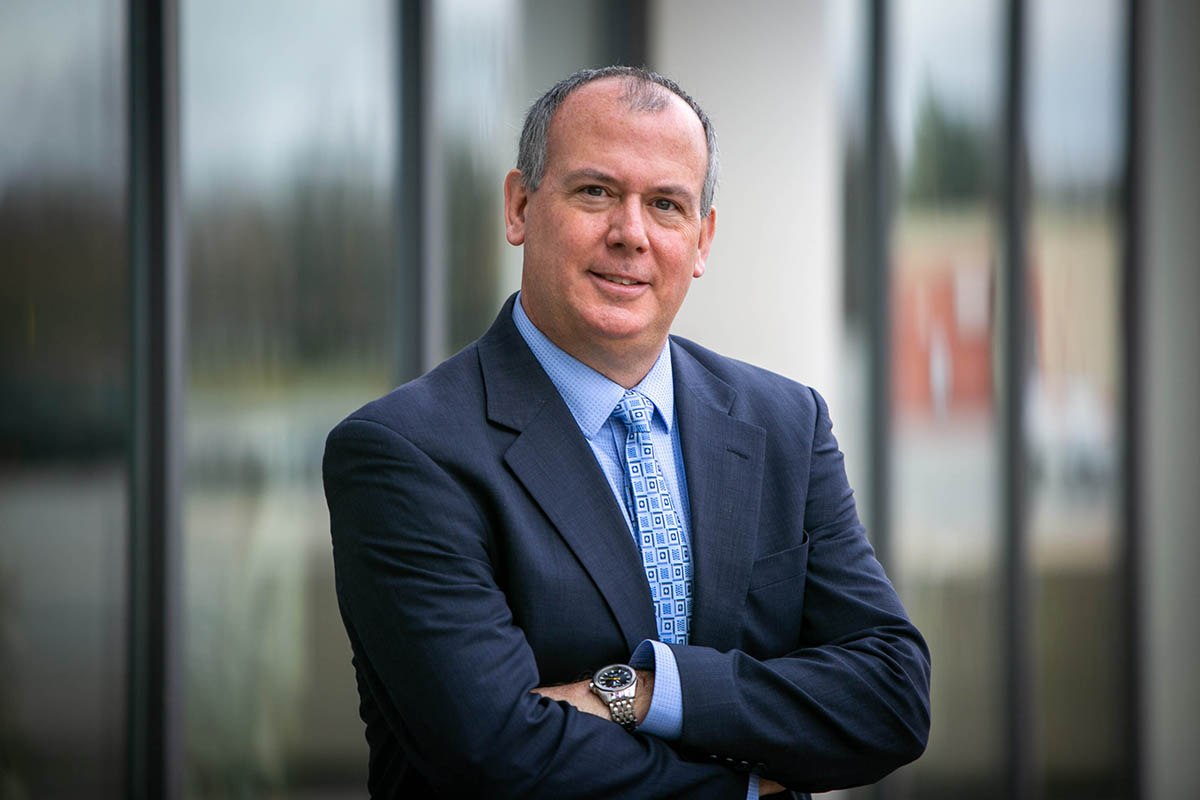 Power generation currently contributes 41% of the world’s total CO2 emissions, the most of all sectors, followed by industry with 26% and transportation with 25%. The importance of decarbonizing the power industry will only grow as more electric vehicles hit the roads, and the use of heat pumps, induction stoves and other technologies that need electricity expands. “Simply shifting from tailpipe emissions from an internal combustion engine to smokestack emissions from a coal power plant providing electricity to an EV does not necessarily reduce, and in some locations could increase, system CO2 emissions,” the team writes in the paper. But Gutknecht says improvements in decarbonization in the power industry can have “multiplying effect as you electrify other sectors.”

The improvements Gutknecht is talking about have been most visible in the U.S and the E.U., the world’s second and third largest power producers after China. The power sector in the U.S. has cut its carbon emissions by 33% since the peak in 2007, and Europe as a whole by 28% percent between 2010 and 2019, mainly by shutting down and idling coal-fired power plants.

One big reason for this drop involved replacing coal with gas generation and building out renewable capacity. In the U.S., coal generation has dropped roughly in half, from 50% to 24% of the total, while gas generation increased from 20% to 37% since 2007. At the same time, wind and solar grew from less than 2% to 9%, according to the U.S. Energy Information Administration.

In fact, switching from a coal plant to its gas equivalent can alone reduce emissions by as much 60%, when using the most advanced gas turbines together with steam turbines in a combined-cycle arrangement, according to the GE white paper. Add wind, solar and battery storage to the mix, and carbon emission could come down by as much as 80%. When combined, gas power and renewables are able to lower carbon emissions at a greater level than either technology deployed alone.

Gas power plants also complement renewable energy by offering attributes that are beneficial in situations where renewables are not practical, like in cities where land is expensive and demand is high. They require far less space to deploy, for example, as well as less overall capital cost. They can also provide affordable baseload power — or always-on power — and step up during peak demand and support the grid. (See our infographic.) 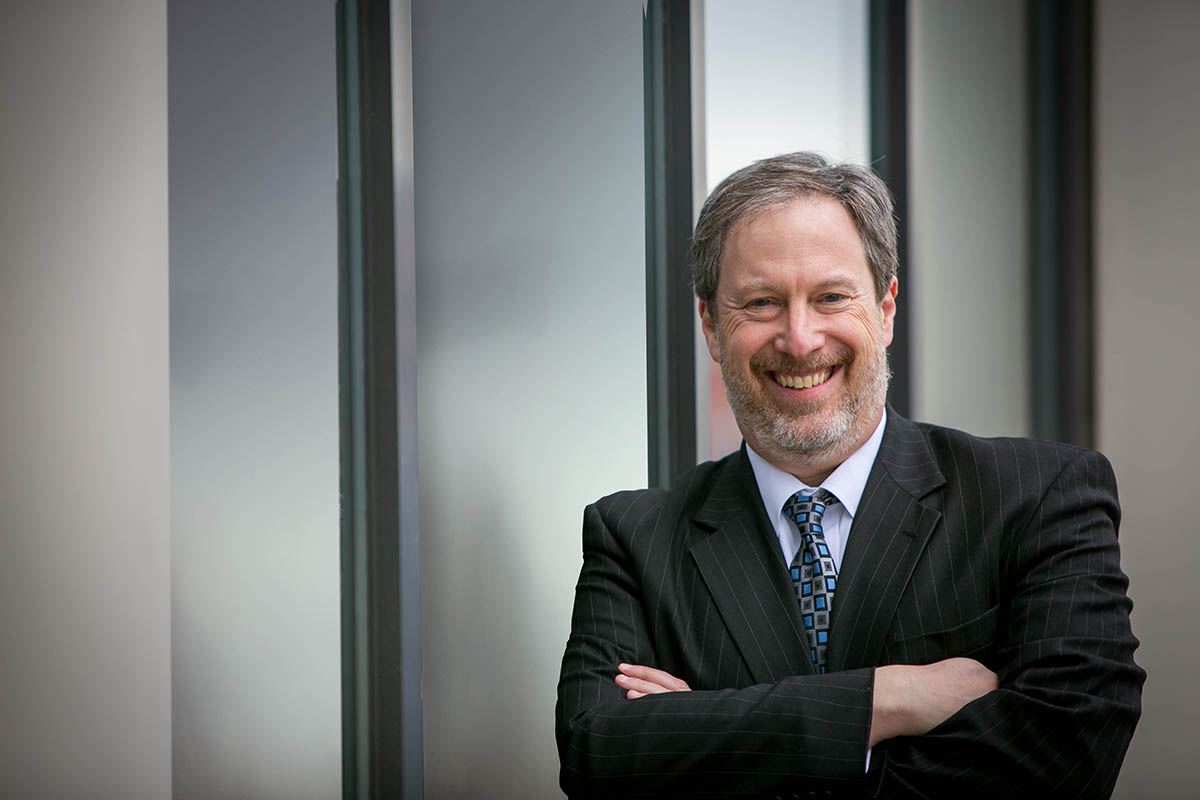 But there is more in store for gas power plants. The paper also looks at technology advances that could shrink their carbon output to near-zero carbon during operation.

There are several ways to get to that goal. One of them leads through hydrogen. Hydrogen is the most abundant element in the universe. But using it to generate electricity isn’t straightforward. The problem is that hydrogen is just too friendly; it easily combines with other elements, like carbon and oxygen. “The challenge of hydrogen is a little bit twofold,” Gutknecht says. “Where does the hydrogen come from? That really matters.”

Most hydrogen that’s produced today comes from fossil fuels, like methane (CH4). Splitting off hydrogen from methane leaves behind CO2, the very culprit the world is trying to control. “That is essentially creating carbon, even though the burning of the hydrogen can be CO2-free.”

But there are ways to deal with the problem, like storing carbon dioxide underground in a process known as carbon capture. “Earth has the capacity to store more CO2 than humans can produce, and there’s very strong evidence that we can safely store the CO2 underground for hundreds of millions of years,” the white paper authors explain. “Every CO2 molecule emitted began its journey underground, so the challenge is to put them back when we are done.”

The same logic applies to scrubbing CO2 from the exhaust of power plants that burn natural gas, which is essentially also CH4.  It could be used to lower their carbon output by as much as 90%. There the drawback involves using some of the plants’ energy to power the scrubbers and also taking up more land. “This is a proven technology,” says Gutknecht, adding that GE holds a host of patents covering carbon sequestration. “It’s been around for decades.”

The Bridge Is The Destination

One intriguing way of making hydrogen involves splitting it from water with electric current supplied by renewable sources. “When you do that, that whole life cycle would be carbon free,” Gutknecht says of this so-called “green hydrogen.” “It’s a little expensive today, but like a lot of things, renewables were very expensive 20 years ago too. With scale and with technology, we came down the cost curve.”

The good news is that, with minor modifications, power producers can burn hydrogen in the same turbines they now fuel with natural gas. Some 75 GE turbines, for example, have amassed over 6 million operating hours running on hydrogen or hydrogen-like fuels, mostly waste products from steel mills and smelters. “It’s something we can do today,” Gutknecht says. “When we originally built the know-how, decarbonization was not necessarily the target. It was burning waste gas, so economically it had good value. But now we can help the world decarbonize with the experience that we’ve had.”

GE is now taking that experience even further at a power plant called Long Ridge Energy Center in Ohio. It is working on the first purpose-built power plant where a turbine from the company’s most advanced fleet — the HA — will start burning a blend of natural gas and hydrogen and aims to transition to 100% hydrogen by 2030. “There’s this notion that natural gas is this bridge that will take us to a low-carbon future,” Gutknecht says. “But you could argue it is also a long-term destination because a gas power plant that can burn hydrogen can generate near-zero emissions during operation. This notion of being available to firm up renewables when they are not available and do it in a way that generates near-zero carbon emissions, that sounds like a real win-win.”

Energy storage is the final piece of the decarbonization puzzle that the white paper addresses. This technology can soak up power when customers don’t need it — like on a windy Sunday — and release it later on the grid when demand grows. There are several ways to store power, and GE is familiar with many of them. GE Renewable Energy's pumped-hydro technology can store energy by pumping water uphill to giant water reservoirs and then running it downhill through turbines to generate electricity. The technology is powerful, but you typically need a mountain to use it.

The company also developed grid-scale batteries that can be arranged in a field like shipping containers and placed near wind farms and other power plants. These batteries, Gutknecht says, can be effective in smoothing out short swings in supply and demand lasting minutes or hours.

The paper concludes that while no one-size-fits-all technology solution is perfect for every scenario, the strategic and accelerated deployment of renewables and gas power is an effective and efficient way to make substantive progress on climate goals. But the work needs to start today.