John Lavelle has seen many powerful machines during his nearly four decades as a GE engineer. But none measure up to the Haliade-X, the world’s most powerful offshore wind turbine in operation. The turbine set a world record earlier this year when it generated 288 megawatt-hours of electrical energy in a single day. That’s enough to power 30,000 homes in Rotterdam, where the first prototype is located.

Today the turbine hit another milestone: GE Renewable Energy signed the first contract for the powerful machine. Specifically, its Offshore Wind unit, where Lavelle now serves as CEO, will supply 190 Haliade-X 13 MW turbines for Dogger Bank A and Dogger Bank B, the first two phases of what will be the world’s largest offshore wind farm.

Located in the North Sea some 130 kilometers off the Yorkshire coast, Dogger Bank Wind Farm is a joint venture between SSE Renewables, which is building the wind farm, and Equinor, which will operate it. Scheduled for completion in 2026, the wind farm is projected to be capable of generating 3.6 gigawatts of electrical power — enough to supply 4.5 million U.K. households, and equal to approximately 5% of the U.K.’s estimated electricity generation.

When Lavelle took the helm of GE’s offshore wind unit in 2016, the Haliade-X barely existed as a computer drawing. Back then, Lavelle, as well as GE, were relative newcomers to the offshore industry. The company was, at that time, making an offshore wind turbine that generated 6 megawatts, half the output of the Haliade-X. “I was not a wind turbine expert coming in. But I knew that we needed to make a very considerable investment to come up with a technology that not only differentiated GE in the marketplace, but was helpful to the overall offshore wind industry, could reduce the cost of electricity and could make it a sustainable industry for years to come,” Lavelle says.

The team leveraged GE’s deep expertise in onshore wind, as well as in power generation, aviation and other industries. “The one thing I learned in my career is never doubt the capability of GE's engineering talent, regardless of the technology,” Lavelle says. “These things never go off as smoothly as the external world thinks. There's always the thrill of the minute and challenges, and it's that ability to overcome the challenges you face on your journey that separates the winners from the wannabes.”

GE’s Vincent Schellings, a wind industry veteran who leads the development of the Haliade-X, says the project is unlike anything he’d encountered in his career. The machine is so powerful — the blades, built by GE Renewable Energy subsidiary LM Wind Power, measure 107 meters each — that “in many cases, we actually also had to figure out how we were going to build the components, how we were going to ship the components, how we were going to assemble them,” Schellings says. “So it was more than just the engineering of the product. It was really also the engineering of the whole supply chain and that was a lot more labor-intensive than I thought it would be.”

But the effort paid off. The first prototype of the Haliade-X started generating electricity last fall in the Port of Rotterdam. In December 2019, Time magazine selected the turbine as one of the best inventions of the year.

The speed with which the team was able to race ahead also caught the industry’s attention. “The difference between announcing a machine and then building a prototype is a massive first step; it becomes real,” Lavelle says. “And then when it operates well, it gains credibility. So I would say we had very good market reception when we announced it but it was, ‘All right, prove it to me. Are you going to stick with this?’ That was a question mark that was out there. And then when the prototype came up, the market said, ‘Wow, they can do it.’”

The working prototype enabled GE to take giant leaps forward for customers in several important ways, Lavelle says. “When you think through everything we learned to develop a 12-megawatt turbine of this size, we’ve got several years of learning that will benefit our customers,” he says. “We've got two years of making a machine of this magnitude and running it for a full year of prototype testing. Everything we’ve learned over that time frame puts us in an even better position to deliver for customers.” 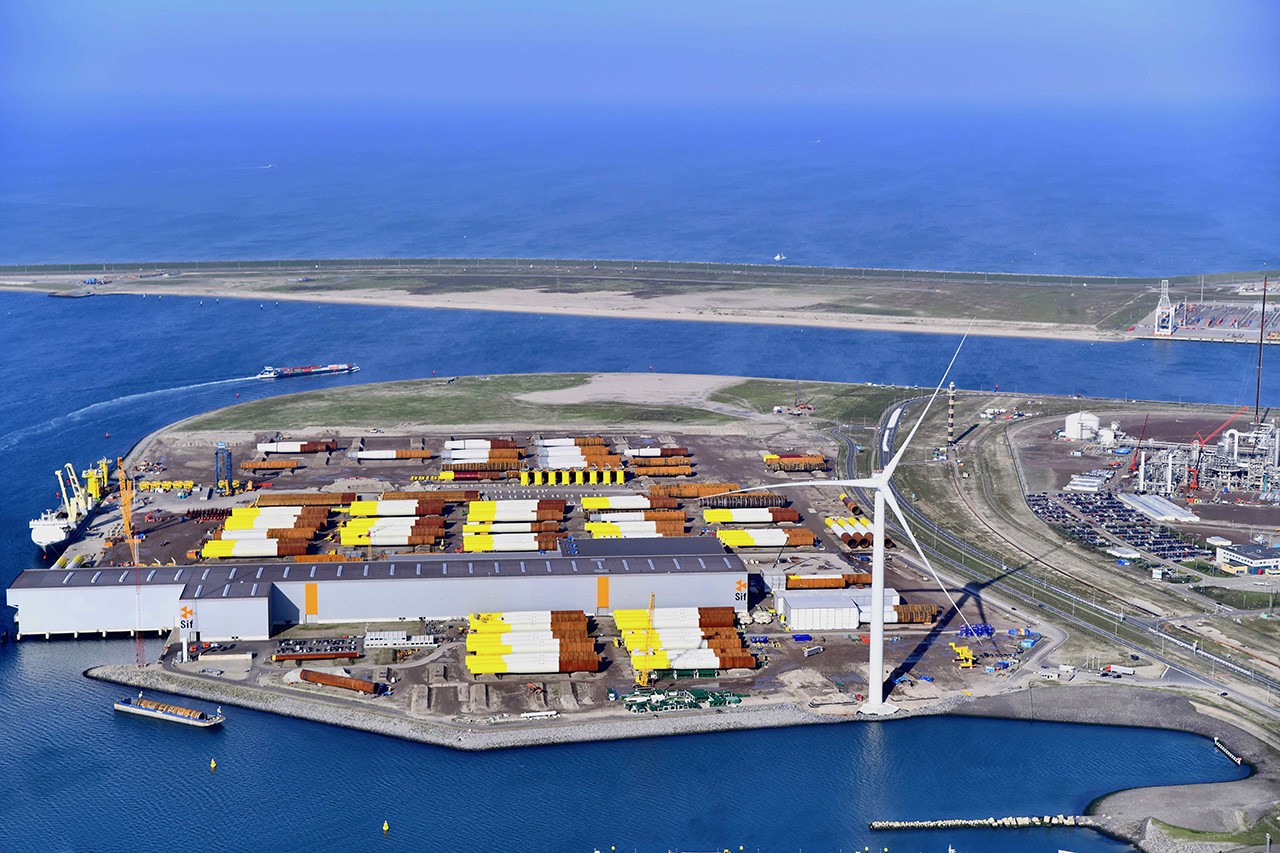 But the working prototype and the accolades it received earlier this year notwithstanding, the team wasn’t finished. The next step involved a review of the turbine by an accredited lab, a process called a type certification. The two-level task entails an assessment of the full prototype as well as the turbine’s components, including a review of the design, testing regimen and manufacturing process.

In June, DNV GL, an independent global certification body based in Norway, issued GE a provisional type certification that validates that the machine meets the highest safety and quality standards. GE expects to receive the full certificate later this year. “There's a lot of proof points that our team has had to work through to get customers to not only like what they see economically on paper but feel comfortable enough to place their trust in our team to say, ‘I’m willing to sign a contract,’” Lavelle says. “They now depend on us to execute for them to be successful.”

All the checking and testing of the prototype also revealed that the turbine can outperform its original goals. GE designed the first Haliade-X to generate 12 megawatts but the machines bound for Dogger Bank will produce 13 megawatts. “At some point during the design process, we asked ourselves, ‘How can we make Dogger Bank more competitive?’” Schellings says. The team realized that given the wind farm’s northerly location, lower ambient temperatures would allow them to run the generator at higher power without overheating. “The entire development really has been kind of a journey for us,” Schellings says. “On one side, we were figuring out how to develop it. On the other side, we were trying to figure out how to maximize the capability of the design that we had.”

That voyage isn’t finished. Lavelle, Schellings and the team now think of the Haliade-X as a platform, where they can increase its output without starting from scratch on a new design. “The beauty of the process is that once you get through it, you also fully understand what it takes to make this kind of stuff happen,” Schellings says. “You better understand the limitations of supply chain, the limitations of materials, all these kinds of things which actually help us to better understand how we can transition with the next steps on the Haliade-X journey.”

Lavelle says the working machine gave GE “a strategic road map to have a sustainable competitive advantage in the offshore wind industry. That's our goal. I never want to be caught short.”

These are powerful words, considering that the International Energy Agency has projected that global offshore wind capacity may increase 15-fold by 2040, attracting around $1 trillion of cumulative investment. GE has been selected for preferred supplier status for 5 gigawatts of offshore wind projects around the world, including two in the U.S. in addition to Dogger Bank.

But for now, Lavelle says the Haliade-X will have an important role to play in the U.K., which has set a goal of installing 40 gigawatts of offshore wind by 2030. That’s in addition to supporting the British government’s push to reduce greenhouse emissions to “net-zero” by 2050. “Dogger Bank is a fantastic opportunity for GE to get entrenched in what is the world's biggest offshore wind market today,” Lavelle says. “For us to be there, to develop an employee, operational, as well as a great customer base there, is really important.”

Says Lavelle: “Having a sustained competitive advantage with technology, and executing well with safety and quality, you're going to have a great business. And the team that started this thing will be proud for a long time.” 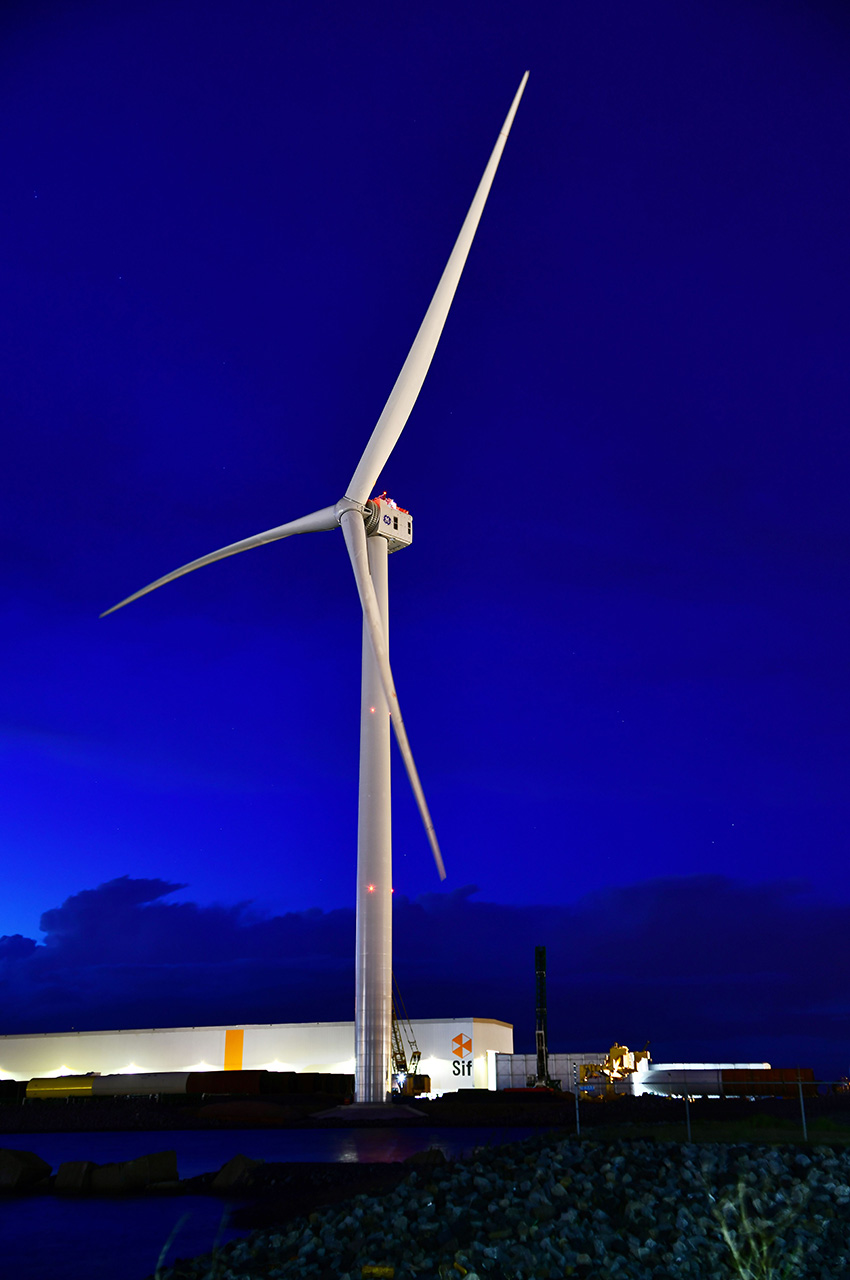