Mountain Man: This Engineer Helped Design A Huge Power Plant On Top Of The Alps

Having grown up in the shadow of the majestic Matterhorn in southern Switzerland — and summiting its pointy peak last year — Alex Schwery is not easily intimidated by the sight of a big mountain. But one cold day in the mid-2000s, he found himself standing in a cramped Alpine valley and he was practically trembling.

It was freezing, but Schwery and his colleagues were also nervous. They were about two hours from Zurich, in the village of Linthal, where a local utility planned to build one of Europe’s engineering marvels: a hydropower plant two miles deep inside the granite massif rising in front of them.

The plant would move water between two large lakes high in the mountains above the spot where Schwery stood, separated by a 2,000-foot drop — close to twice the height of the Eiffel Tower. The system would essentially act as a giant energy storage facility the size of a nuclear power plant. It would be capable of dispatching and absorbing 1 gigawatt over a day — that’s 24 gigawatt-hours of energy, enough to supply 1 million average Swiss homes for more than one day. “You cannot reasonably do that with traditional battery storage,” says Schwery, chief consulting engineer at GE Renewable Energy’s Hydro Power unit. “It doesn’t work.”

To make it all work, Schwery and his colleagues were proposing that the plant use four ingenious variable-speed machines that would do double duty, acting as pumps or, alternatively, as turbines that generate electricity. The machines the team designed would send water to the upper lake when the utility wanted to store energy for later use. When demand for electricity grew, an operator would send the teal-colored glacial water back down to the lower lake, converting its potential energy to spin the turbines and generate electricity. “This was an enormous team effort involving many others as dedicated I was,” Schwery says. 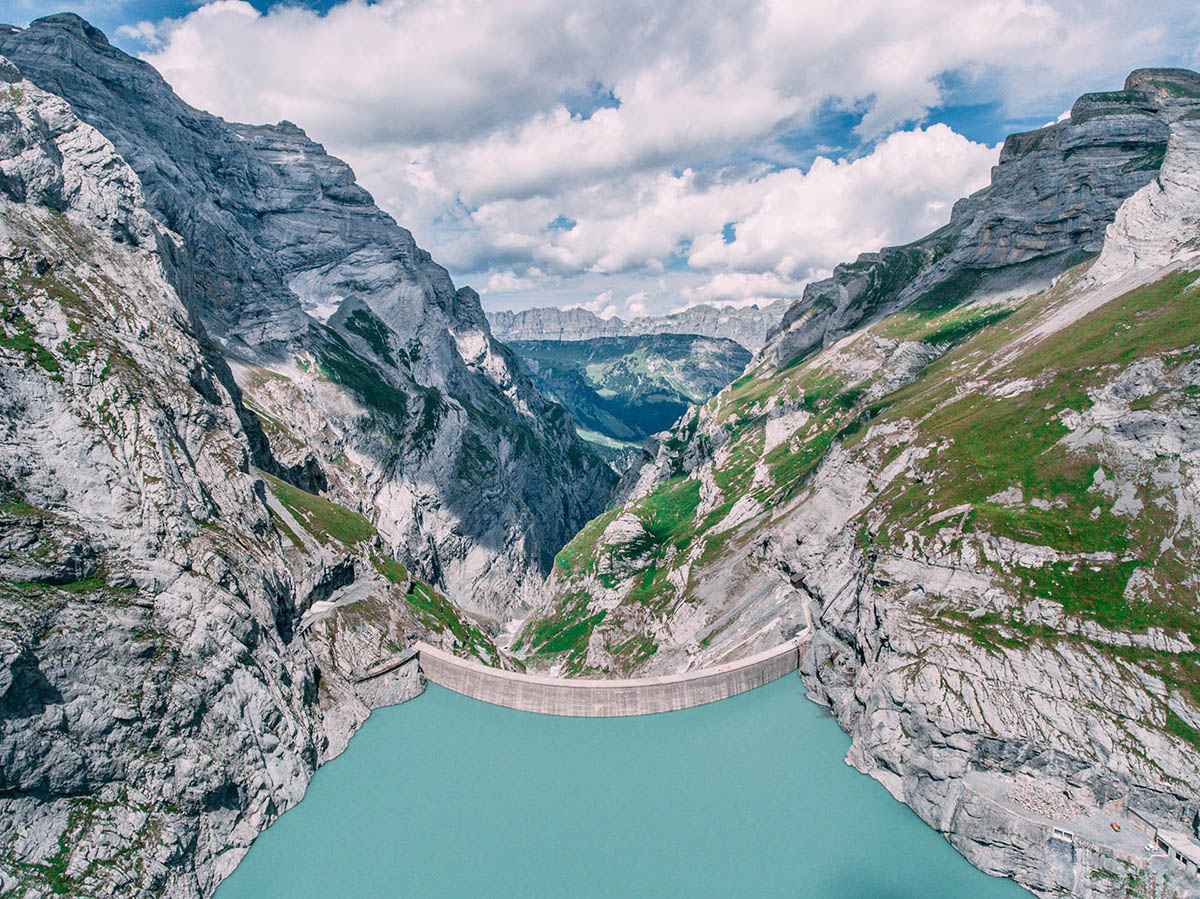 The notion of storing energy in lakes has been around for decades. But the nimble machines that Schwery was designing allowed operators to precisely monitor the amount of excess electricity in the grid and move just the right amount of energy at just the right time in just the right direction — uphill if demand on the grid falls and down the slope when supply is insufficient. The technology’s overall cycle efficiency — the ratio between the electricity supplied by “turbining” the water as it runs downhill and the energy used to pump it uphill — would be as high as 80%, meaning that this technology would be as much a power-generation play as an economic one.

The problem was that the machines existed pretty much only on paper. “It was snowing and we were just standing there, looking at the mountain, and there was nothing,” Schwery says. “You have all those concepts and things in your mind, but until then it was just a research program. And then you start to feel that it’s getting real.”

But they got it done. The mountain power plant, which could easily double as the Alpine lair of a Bond villain, has been storing and generating electricity for several years. Utilities from as close as Austria and as far as Australia have ordered the smart turbine generators that had their debut at Linthal. “Pumped storage is the most efficient way to store a large amount of energy, and you can control it both ways,” Schwery says. “You can control production as well as absorption.” 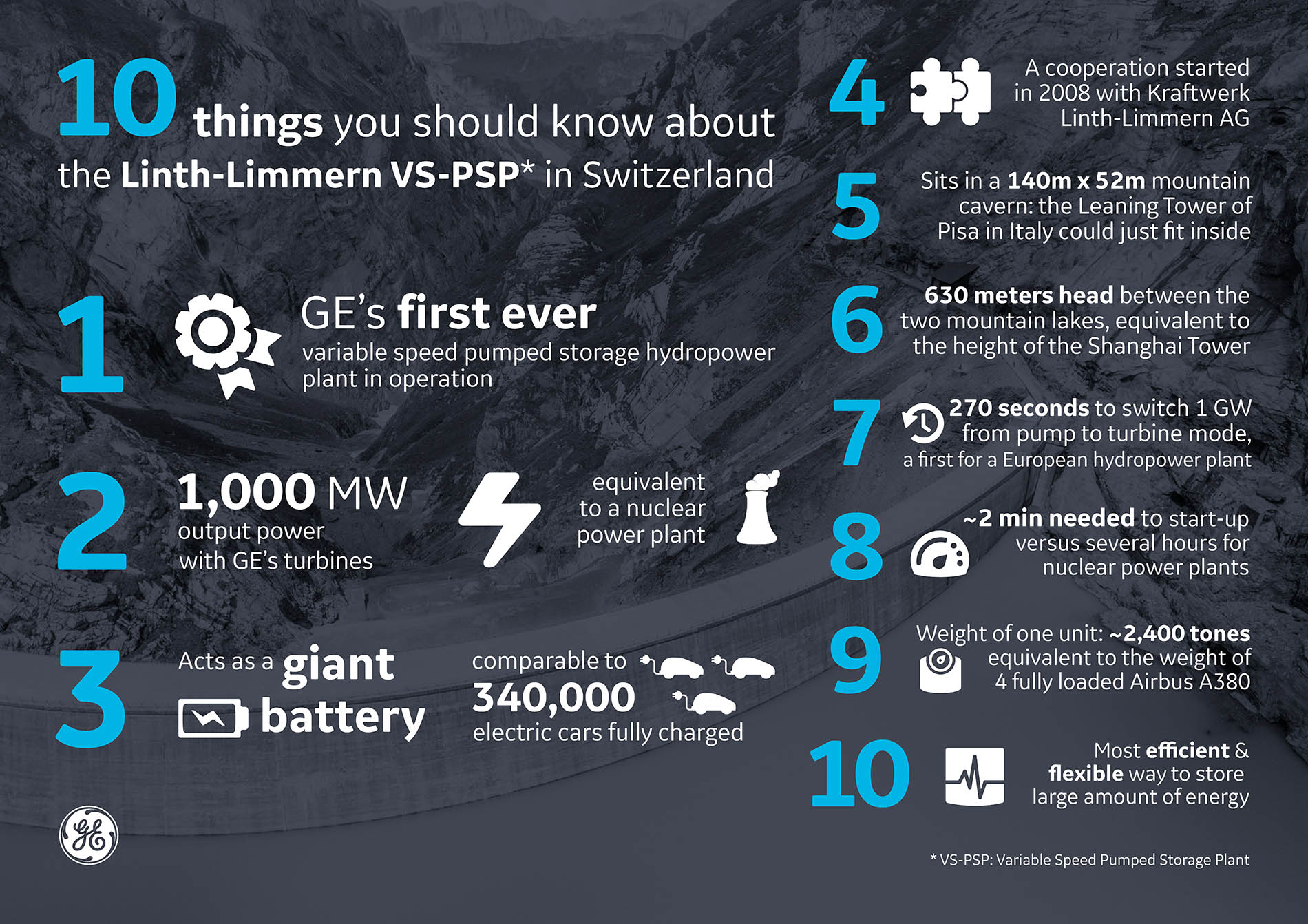 This is important because of the way the electrical grid works. “The grid is the largest industrial system built by mankind,” says Vera Silva, chief technology officer of GE Renewable Energy’s Grid Solutions unit. But despite its size, it must be perfectly balanced, with supply and demand closely matching, or the system will fail. Silva says utilities “operate the grid like a Swiss clock,” balancing generation and demand on a millisecond basis and instantly absorbing any unexpected event without interrupting supply. “If you think about the transition to decarbonization, how do you convert that ambitious goal in a way that keeps the grid rock-solid all the time but deals with this rate of change?”

Silva is talking about the rapid growth in renewable sources like wind and solar, which can generate large amounts of electricity but are also dependent on the weather and not always available on demand. With pumped hydro storage, “you’re creating a giant battery that you can literally use on a rainy day,” says Martin Kennedy, head of sales for Hydro Power at GE Renewable Energy in Australia, one of the countries building pumped hydro storage.

Looking back, Schwery says that “there was a period with a lot of sleepless nights.” But when he first visited the finished plant at Linthal — the first one to use the new technology he worked on — he was struck by its size. “It’s amazing how big this is — the lakes, the dams, the generator hall inside the mountain,” he says. “But then there’s the heart, and this is the motor-generator we built. The place is like your body: you have a lot of organs, and all of them are important, but if your heart is not properly working, then you can be in trouble.” 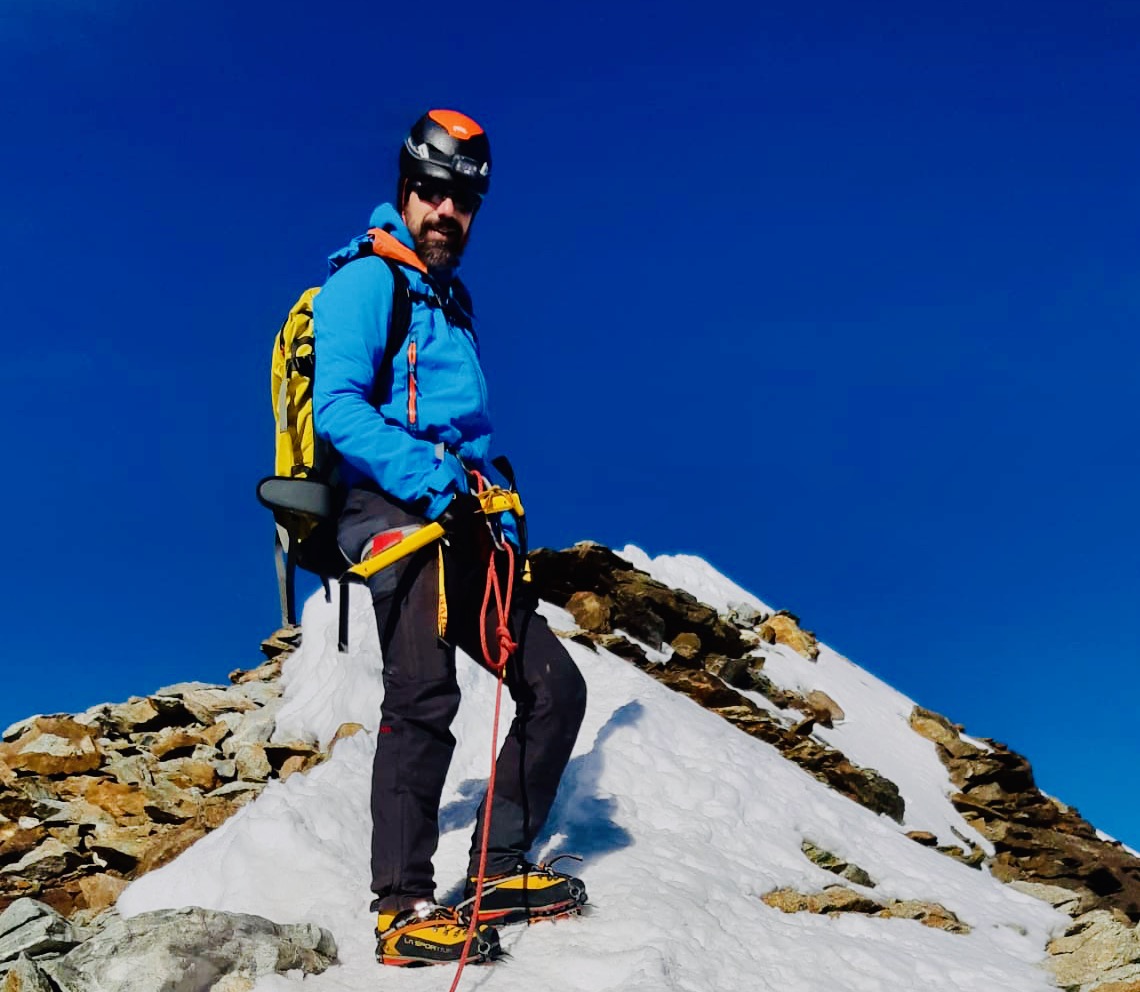 In many ways, the combination of mountains and big machines has always been in Schwery’s blood. He grew up hiking, skiing and mountain climbing in the Valais Valley in southern Switzerland, home to the picturesque Zermatt and Crans-Montana resorts and crowned by the imposing pyramid of the Matterhorn. His father had a construction company and he would frequently visit him at work and check out the equipment. “Maybe that’s how I made the connection,” he says.

He went on to study electrical engineering at the École Polytechnique Fédérale de Lausanne, one of Switzerland’s top schools. When it came time to decide his major in his third year, he stuck to what was close to his heart. “Most people went to telecommunications, but for me that was too theoretical,” he says. “I think in the machines there’s still a bit of intuition.”

This passion opened a door to a PhD exploring new ways to control machines. “I was working on special controls that were highly dynamic, mostly applicable to cars and robots,” he says. “But it was about variable speed,” the field of knowledge that would allow him to design the electrical system for the new pump turbine.

By the time he started working at what is now GE’s Hydro Power unit in the late 1990s, pumped storage was a mature technology. But few people were looking at variable-speed drives that would allow operators to store or generate just the right amount of power and increase pumped hydro’s efficiency. “Somebody asked me, ‘What do you think could be new?’" Schwery says.

They went to work, and today the proof of their success is in the mountain. 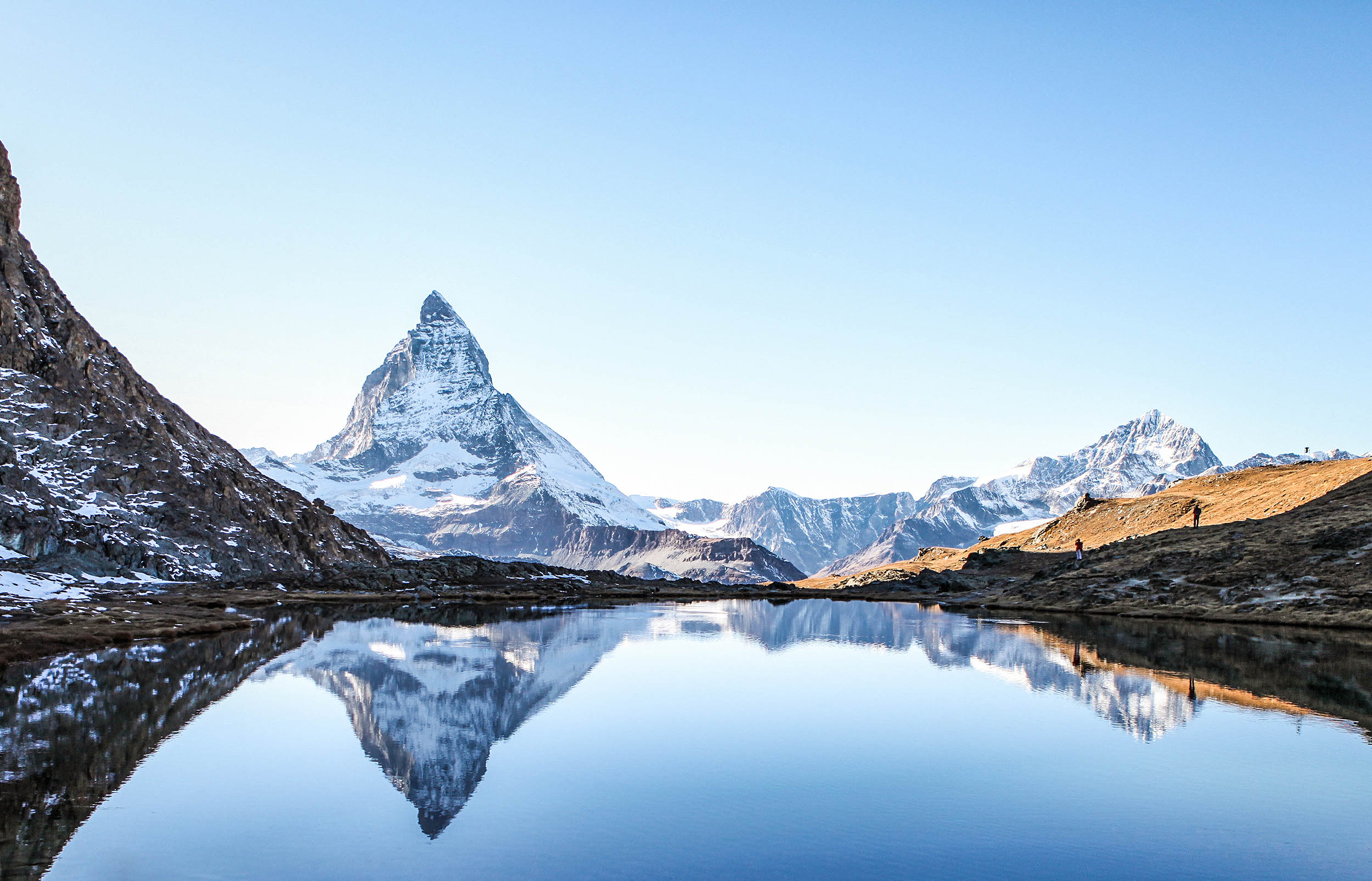