She Has Her Finger On Power’s Pulse: GE’s Vera Silva Talks About Building The Nervous System For Energy And Getting The Electric Grid Truly Ready For The 21st Century

Operating a massive power grid is a bit like riding a bike, says the Swiss national grid operator Swissgrid. It’s easiest if you’re on a level surface, but things get trickier going uphill or downhill — or, in the case of the grid, when there are fluctuations in supply and demand that require power plant operators to either spin their turbines faster or ease off the throttle. Last year, for instance, when a geopolitical dispute in the Balkans reduced the amount of power flowing into the European grid, its effects slowed down oven clocks and electronically controlled timers in homes across the continent. They rely on the steady frequency of the grid to keep time; when the grid’s frequency slowed, the clocks began to lag.

Frequency is not the only thing requiring a good balance — voltage, too, needs to be kept to tight levels at every single point of the grid to avoid system collapse. “The grid is the largest Swiss clock ever made. Fine-tuning and precision are everything,” says Vera Silva, chief technology officer at GE Grid Solutions, now part of GE Renewable Energy. She and her team are finding ways to make power supply steady, robust and secure. As the energy mix changes and a myriad of new producers join the energy market, Silva and her team also focus on making it easier for utilities and grid operators to bring renewables into homes, accommodate the growth of electric vehicles (EVs), and generate more revenue by storing and trading renewable power, for example.

GE Reports talked to Silva before DistribuTECH, one of the largest power transmission and distribution conferences, which starts Monday in New Orleans and draws more than 13,500 people from 77 countries. Here’s an edited version of our conversation. 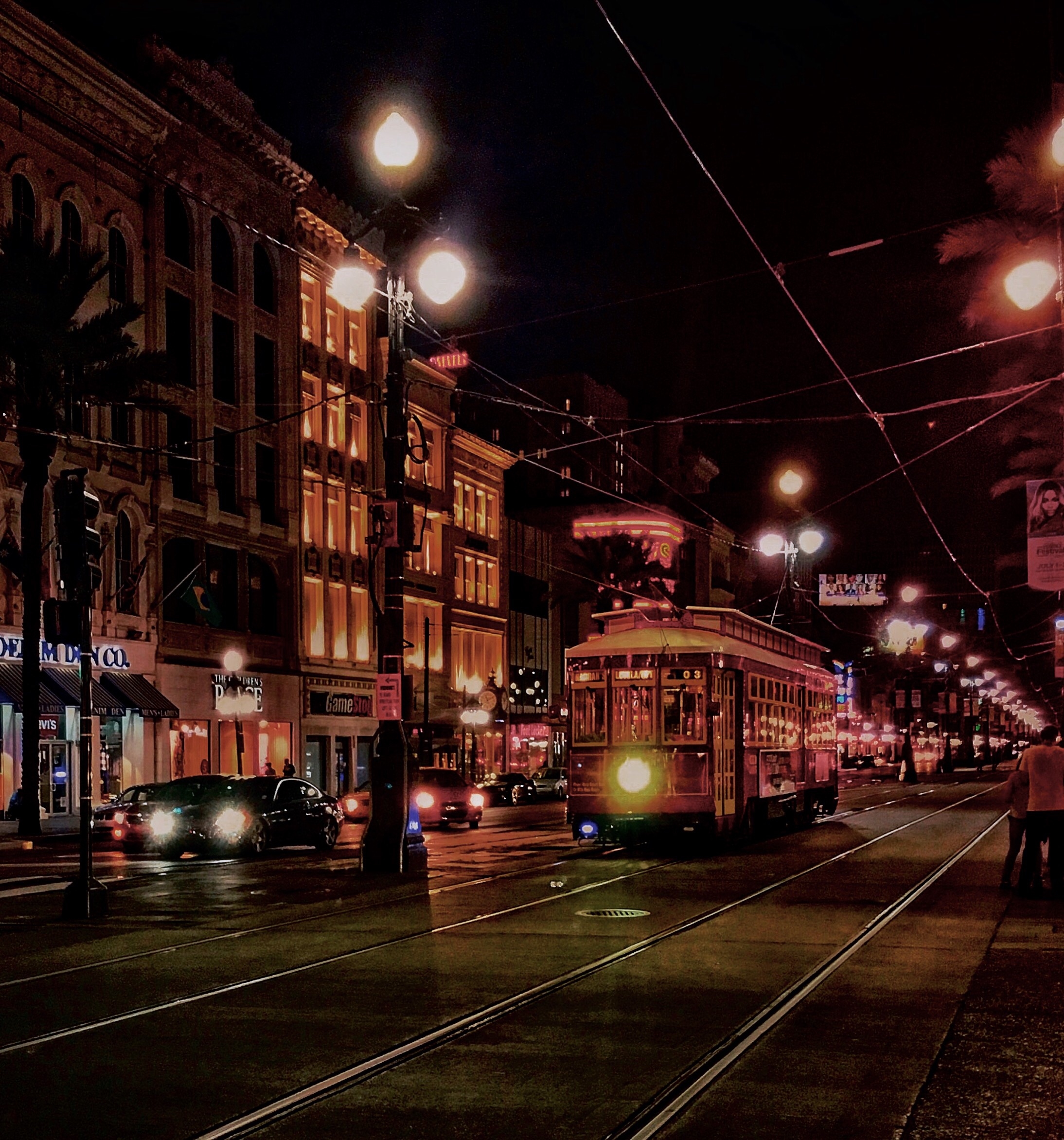 
GE Reports: Why do we need a better grid?

Vera Silva: The grid is the vital organ of the electricity system, connecting generation and consumers from neighborhoods to continents. It has been orchestrating the system on a milliseconds basis since the dawn of electrification. For most of the grid’s history, the flow of electricity has been downstream, from large generation plants to the transmission grid to distribution to reach consumers. This is currently changing with renewables growth. In many countries, more than 80 percent of the renewable generation is connected to the distribution grid. More and more people are putting photovoltaic systems (PVs) on their homes.

GER: Just to clarify, the transmission grid sends electricity over high-voltage wires stretching from power plants to cities, and the distribution grid is the final leg of the system that takes it to homes and businesses.

VS: Right. The changes are also on the grid’s demand side, with new loads coming from electric vehicles. These loads can actually be quite big, compared to other demand coming from domestic consumers, especially if we want to charge fast. And there’s also the emergence of cheaper energy storage.

This creates a whole new ecosystem at the edge of the distribution grid. Power distributors will be facilitating a lot of these local resources and will become both flexibility facilitators and consumers. This is quite a new responsibility for actors who used to play a very conventional role focused on grid reinforcements and asset management with reliability largely based on asset redundancy. This led to low utilization of installed assets. Power distributors are now becoming system operators orchestrating a very large and diverse set of users at the grid edge. Energy distributors are key to the success of the energy transition from conventional sources of generation to renewables and electrification of transport. In mature systems, such as the European and U.S. grids, this transition is done while managing an aging infrastructure.

VS: Digitization is a big part of it. We need a system that makes centralized resources — like power plants and bulk storage — and decentralized resources — like rooftop PVs — truly complementary. This can be done only if you have the right grid software tools, including energy management systems, wide-area monitoring systems, advanced distribution management systems and distributed energy resource management systems. But digitization opportunities also cover digital substations, and asset performance management is changing the way maintenance is done. A combination of digital and physical tools will help utilities integrate solar and wind farms, energy storage, and other distributed resources and improve the utilization of assets. Basically, we need to give them the right controls to activate the right resources in real time, orchestrated by a good maestro.

VS: Right. But it does the trick. Distributed energy resource management systems, or DERMS, is software that allows distributors to forecast dispatch and control energy resources. For example, it gives distributors forecasting tools that allow them to estimate the amount of solar energy coming from rooftop PVs as well as solar farms. If you can run your grid less in the dark, no pun intended, you can run it better. Another big feature is what we call controllability. It will allow the distribution system operators not only to make better predictions but also give them the possibility of controlling different generation sources connected to their grid close to real time to manage grid constraints.

GER: What type of data do they need?

VS: It’s information that comes from smart meters, devices installed at the edge of the system at the solar farm, for example, weather data — including satellite images — and other information. We also need to have the right levels of interoperability and security so all of these devices can communicate with each other in a secure way.

GER: Who is using the technology?

VS: DERMS is being deployed in continental Europe and in the U.K. We also have large projects underway in the U.S. DERMS is quickly becoming a very mainstream solution adopted by different distribution operators.

GER: What other technology do you need to get the smart grid going?

VS: Being able to see what’s happening on the grid is one thing. Another is having the ability to act closer to real time when you have good insight. This controllability of your own grid assets opens up a new way to strategically manage constraints by, say, reconfiguring the grid, or resorting to flexibility from demand, storage or by dispatching RES. For example, it allows you for a time to reduce power from PVs or wind, or postpone certain loads like the charging of EVs. This is greatly supported by technologies like the digital substation and advanced grid-automation applications. These are powerful and cost-effective ways to reduce congestion on the grid or redundancy in power-generating assets.

GER: What does the digital substation do?

VS: It’s almost like the nervous system. It allows us to act on different components and in different time and protect the assets and system users when faults happen. The substation, together with the software, will be a facilitator of the real-time control of the grid and devices at the edge. It will be a great enabler for the digital transition we’ve been talking about.

GER: What other digital tools are coming?

VS: There is a lot of innovation in this space. One interesting technology is blockchain. You will have PVs, battery storage, EVs willing to exchange generation or flexibility. The blockchain ultimately facilitates the security of the transaction. This, in turns, gives you access to new ways of creating transactions between actors in the system and supporting the emergence of new business models. For example, blockchain will enable local transactions and load coordination so that people in the community will be able to provide services to each other, or if they wish to aggregate their energy resources and exchange them between them or sell them to the grid operators. This space has been evolving quite quickly and there are already a number of trials.

But some solutions can be quite simple. Another interesting technology involves intelligent connection schemes such as the ones implemented in France between grid operators and renewables to accelerate their connection to the grid. Say you want to connect a large PV or wind farm to the grid. But the grid operator will need to reinforce the grid to be able to accommodate all the energy the farm generates on a very windy day. This can take quite a lot of time. But if you have the right organization, software and controls instead, they allow you to curtail a few percent of your energy in these instances, and you may connect right away.

Decentralized flexibility providing system services and flexibility to the transmission grid is the next challenge.

In systems with high renewables such as Denmark, Portugal, the U.K. and Ireland, there can be periods when renewables supply almost all of the energy at a given point of time. A large part of this generation is connected to the distribution grid, which creates a whole new environment for system and transmission operators. They are ensuring energy balancing in full coordination with distribution operators to manage local constraints resulting from balancing the wider system. This is a big challenge, but also a big opportunity. Distribution system operators will become facilitators of the overall load balancing.

GER: So it’s really about bringing in power from the myriad of new distributed sources of electricity, some of which are quite small.

VS: Yes. It’s about facilitating the access to all of the flexibility we can harvest, across system layers — from the home to the large centralized plants — to ensure that the system is working like a Swiss clock. If we look at the most recent example of frequency deviation in Europe in January, we can see that 1.5 gigawatts of industry loads in France responded very fast by reducing their consumption, preventing a wider incident. The contribution of these loads was equivalent to a large nuclear plant. The root cause of the deviation is being investigated, but the first lesson learned is that a part of the solution is having access to new resources such as flexible demand, available in real time to ensure the stability of the system.