Pumped About The Future: The Next Wave Of Hydropower Is Happening In Australia 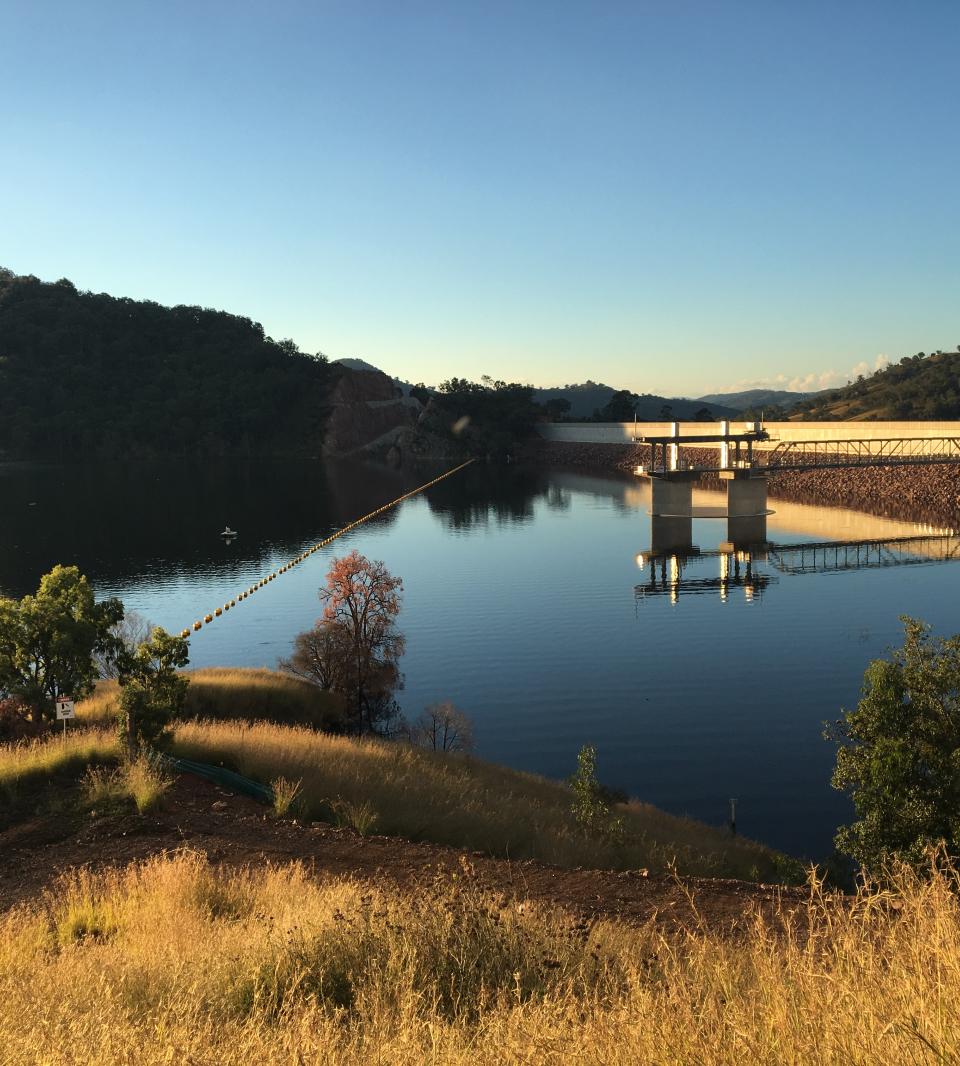 Australia’s grid is at a crossroads. The country has relied on coal to generate its power for decades, but those fossil-fueled plants are set to be retired over the next 20 years. As coal bows out, Australia plans to build 26 to 50 gigawatts (GW) of wind and solar power, roughly the same as South Africa’s total installed capacity, to fill some of the void.

But that switch is far from simple. Renewables are intermittent power sources — the wind doesn’t always blow, and the sun doesn’t always shine — but people everywhere want their electricity always on. To deal with Mother Nature’s caprices, the country also needs to build up to 19 GW of “firming capacity” in tandem with its giant wind and solar parks. “Firming capacity” refers to power sources such as power plants running on natural gas and batteries that smooth out the peaks and troughs of renewable electricity production, allowing grids to integrate them successfully.

One of the most potent ways to store energy involves so-called pumped-storage hydropower. The way it works is relatively simple. It involves two connected lakes, one higher than the other, and a set of pumps, turbines, and generators. When the weather cooperates, wind and solar energy can supply the power needed for the giant pumps to push the water uphill to the higher reservoir. When the weather disagrees and renewable energy production falters, the operators can release the water, allowing it to flow downhill through turbines and generating more energy for the grid. “You're creating a giant battery that you can literally use on a rainy day,” says Martin Kennedy, head of sales for hydropower at GE Renewable Energy in Australia. 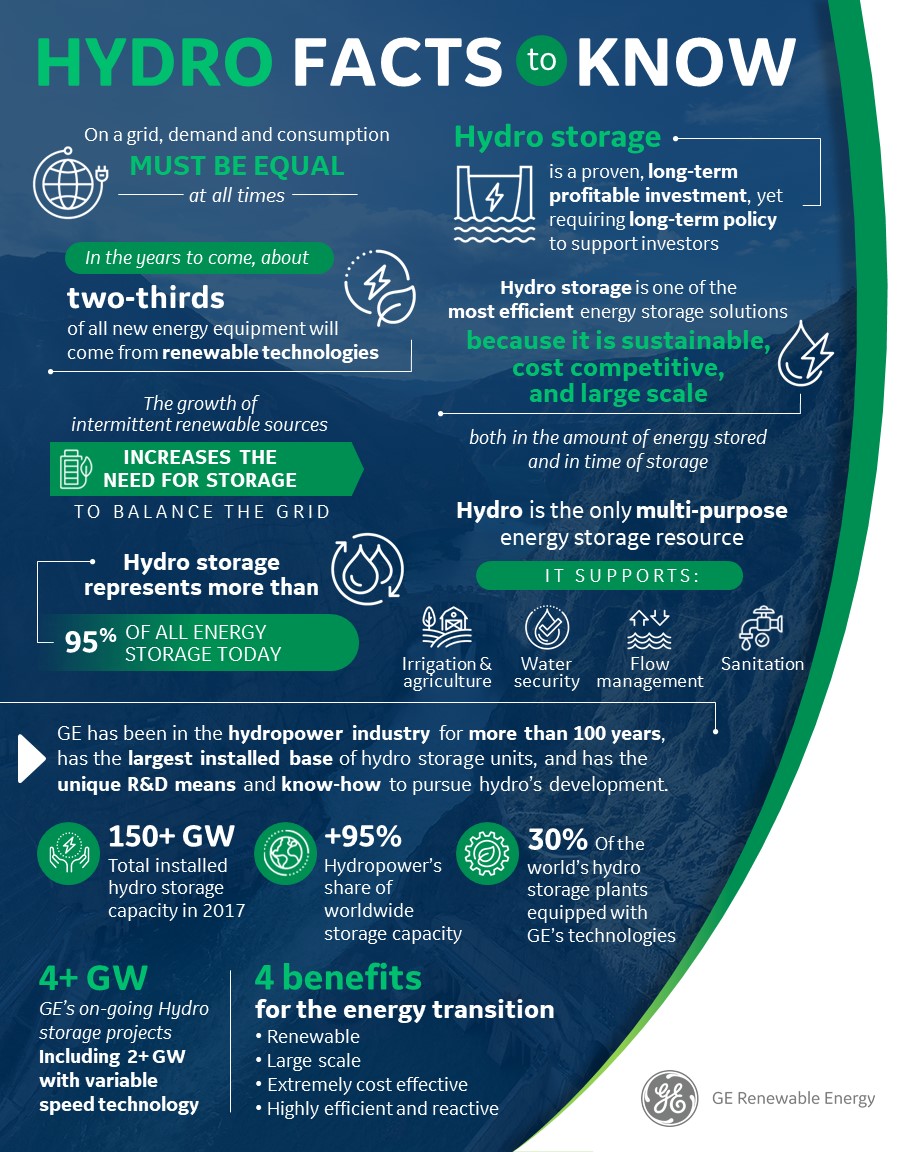 One such project is Dungowan, which GE Renewable Energy and Walcha Energy are co-developing as part of a broader 4 GW wind, solar and storage precinct in the New England region of New South Wales.

A similar approach is underway near Toowoomba, in Queensland, where GE Renewable Energy is partnering with BE Power to develop the Big T pumped-hydro project. When complete, it will provide enough firm electricity to power 200,000 Queensland homes for 10 hours straight.

In 2017, Australian National University identified 22,000 potential pumped-hydro sites in Australia. That’s a thousand times more than Australia would need to go totally renewable, according to Kennedy, but it shows the untapped potential for pumped hydro. “If we took the Melbourne Cricket Ground or a similar-size stadium, filled it to the rooftop with water and raised it 250 meters in the air, then you would have a gigawatt-hour of energy storage,” Kennedy says. “When you think about the amount of energy under storage and compare that to the footprint of, say, a coal mine, it’s relatively compact.”

GE Renewable Energy already supplies technology and equipment to over 30% of the world’s pumped-storage hydro plants. It has built huge projects in the United States, China and Switzerland. In 2016, the company installed its first variable-speed pumped-storage hydro plant, hidden in the side of a mountain in the Swiss Alpine town of Linthal, allowing the operator, Axpo, to carefully monitor the grid and move just the right amount of water in the right direction to keep it stable. In May 2019, the U.S. Department of Energy awarded a $1.25 million grant to a project team from GE Research and GE Energy Consulting to dig deeper into the possibilities of pumped hydro. And last September, GE Renewable Energy signed on to supply four 125 MW fixed-speed pumped-storage turbines for the new Kundah hydropower plant, in India.

Pascal Radue, president and CEO of GE’s Hydro Solutions, says Australia could serve as a model for other countries looking to update their grids. “What I see being done in Australia is definitely one of the best benchmarks today in terms of market design to accompany the energy transition,” Radue says, adding that this is a “global challenge.”

That global challenge has to do with the way countries manage their energy flow during peaks and troughs. Most operators around the world manage grids according to a “merit order system,” in which available sources of energy are ranked in ascending order of price and pollution and added to the grid until demand is met.

Pumped hydro provides an elegant solution, because it makes the grid more resilient and it doesn’t require costly fuel like coal to generate power, which reduces marginal costs of production. That means that whenever renewable generation slumps, pumped hydro can give the grid a lift. “The energy transition is a global phenomenon,” Kennedy says. He says that countries in the process of retiring coal are “seeing that capacity begin to be replaced either for technical or economic reasons with renewables, and they have a need to make that system stable.”

GE’s turbines and generators, or a combination of both, already power nearly half of the 8 GW of hydropower capacity currently available in Australia. With the two new agreements signed last year, GE Renewable Energy and Australia are diving headfirst into a future driven by pumped hydro.

“It’s quite a long development-and-construction cycle,” Kennedy says. “If you’re waiting to start building it until you desperately need it, that’s already too late. Australia is really trying to get out in front of the curve.”