I hope you and your family are staying healthy and safe. Inside GE, our businesses are in the midst of their quarterly operating reviews, where each team rigorously assesses progress against priorities. Larry Culp shared some insights from these sessions during recent investor events and meetings at Barclays Industrial Select Conference and Citi Industrial Conference.

As Larry noted at Citi, “it's really been encouraging to see how lean is seeping in—in a material way—deep into the GE operations around the world.” You can check out his comments from both conferences here. And for more on Larry’s own journey with lean and what made him embrace it for both running a business and shaping a culture, listen to Larry’s recent podcast with Southeastern Asset Management’s Staley Cates here.

Across our businesses, the GE team remains highly focused on three important, strategic opportunities—the energy transition, precision health, and the future of flight—as well as continuing to solidify our financial position and reduce risk. To that end, I’ve highlighted just some recent updates from different parts of GE below.

Thank you for your continued interest in GE, and please take care.

Last week GE Capital completed its December 31, 2020 statutory insurance reporting process, which determines the cash funding of our insurance legal entities.  Cash flow testing, a key component of this process, resulted in no change to the level of required statutory insurance reserves. As a result, GE funded a capital contribution of $2.0 billion, consistent with our expectations and as reported in our 2020 10-K last month.

CFM recently won an order with Scandinavian Airlines (SAS) valued at $2.9 billion, including LEAP-1A engines to power 35 additional A320neo family aircraft as well as a long-term services agreement. SAS’ Magnus Örnberg pointed out how “our goal is to be industry leaders in sustainable aviation … using state-of-the-art technologies allowing for lower fuel consumption and an increase in use of sustainable aviation fuels”—and the LEAP’s lower fuel consumption and CO2 emissions are helping them get there. Read more here.

GE’s widebody engine platforms are also differentiated by their fuel efficiency. Last week Aviation announced that Atlas Air has signed an agreement to purchase GEnx-2B engines for its four Boeing 747-8 Freighters along with a 20-year service agreement, valued at more than $800 million over the life of the agreement. The GEnx has the highest reliability and utilization, lowest fuel burn, and longest range capable of any engine in its thrust class. Read more here. 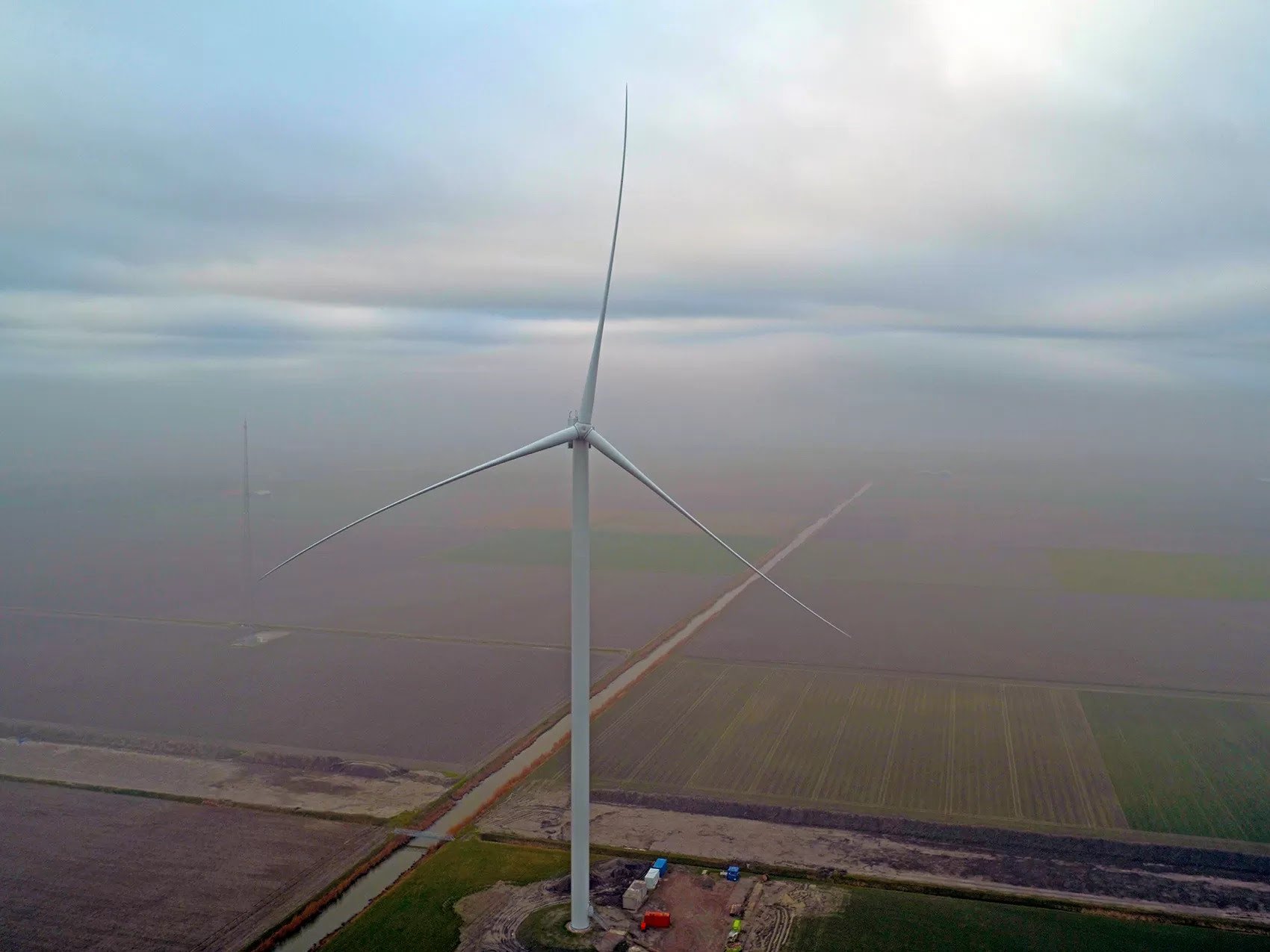 In what marks its biggest contract yet for its Cypress onshore wind platform, GE Renewable Energy was selected by Luxcara to partner on the largest-ever single onshore wind farm to be built in Europe. The 753 MW Önusberget wind farm in Sweden will be equipped with 137 of GE's Cypress onshore wind turbines, each boasting a capacity of 5.5 MW and a 158-meter rotor. In total, the project and its sub-parks will power the equivalent of more than 200,000 Swedish households per year and will save close to 1 million tons of CO₂ over its lifetime. Read more here.

Gas Power recently announced an order for six LM2500XPRESS units to help Colorado Springs Utilities retire an older, inefficient coal facility more than a decade ahead of schedule. The advanced aeroderivative units are the first of their kind in North America, offering quick installation, a small footprint, and the ability to easily relocate equipment in the future, helping Springs Utilities advance on its path to reduce carbon emissions. Read more here.

In Malaysia, which is targeting reducing its own carbon emissions by 45% by 2030, Gas Power also announced the first commercial operation of its 9HA.02 gas turbines anywhere in the world. Southern Power Generation’s Track 4A Power Plant, a 1.4-gigawatt combined cycle gas power plant in Pasir Gudang, will produce enough electricity to power approximately three million homes in Malaysia. GE’s H-Class fleet, which includes these units, has the capacity to burn up to 50% hydrogen by volume when blended with natural gas, allowing SPG the option to use hydrogen or other lower- or no-carbon fuels in the future. Read more here.

Important information about our forward-looking statements.