Data Plans: How Software Is Helping Airlines Take A Bite Out Of Carbon Emissions 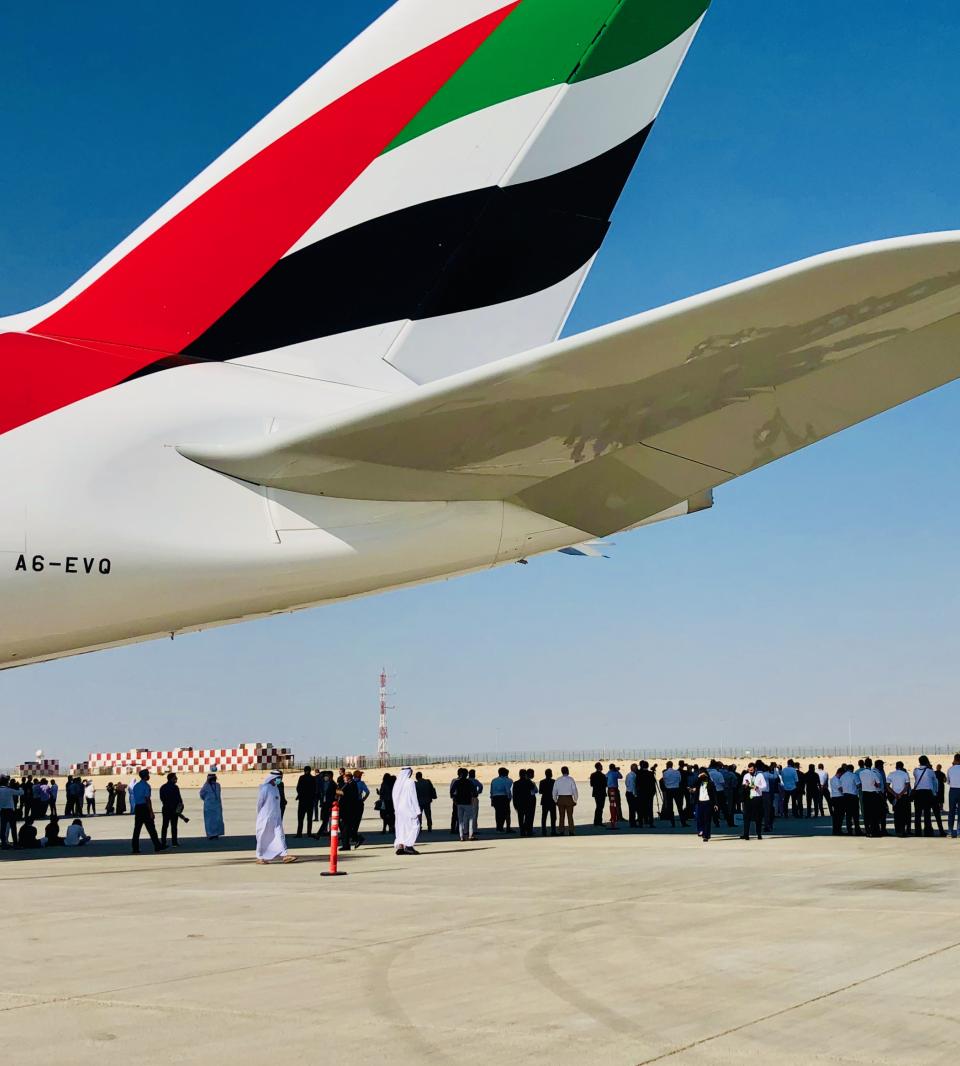 Data may not be what makes the world go round, but it can help airlines increase fuel efficiency and, by extension, help reduce carbon dioxide emissions when their passengers are on globe-trotting adventures.

This week, the Dubai-based airline Emirates announced at the Dubai Airshow plans to use two new flight data solutions from GE that will provide valuable insights to help the airline move toward its sustainability goals. The systems — Fuel Insight and FlightPulse Pre-Flight — were both developed by GE Digital. Emirates is the second airline to adopt both technologies in 2021, after Malaysia Airlines earlier in the year.

Reducing the amount of energy-rich kerosene airlines burn inside their jet engines doesn’t just help them cut their carbon footprint; it can also save them money. In 2018, airlines spent $220 billion on fuel, which represented almost one-quarter of their operating expenses and constituted their largest single expenditure. A 2019 report found that airlines overspent by about $11.3 billion on fuel the previous year — in other words, 5.4% of the airlines’ fuel bill was wasted due to inefficient flight planning, overfueling, surplus aircraft weight and other factors. This also added more than 50 million metric tons of CO2 to the atmosphere that year.

This is where Fuel Insight comes in. The software puts to work GE Digital’s aviation data and analytics platform to allow operators to study past flights and apply the lessons to future flights in order to cut back on fuel use and emissions. Fuel Insight analyzes details like altitude and planned vs. actual fuel use to see where savings can be gained. It allows analysts to make assessments at the macro level or drill down to how fuel was used — or unused — on an individual flight.

The software can help identify inefficiencies while in the air and allow the airline to adjust within minutes. GE also announced at the Dubai Airshow that it has added an opt-in benchmarking feature to Fuel Insight, which aggregates data from multiple airlines and flights, allowing one operator to compare against other anonymous operators to see how procedures such as single-engine taxi and idle reverse thrust helped them save fuel.

In October, Etihad Airways used Fuel Insight among a set of technologies and other sustainability solutions that, taken together, allowed it to reduce emissions on the airline’s landmark Sustainable Flight from London to Abu Dhabi by a hefty 72%, as compared with a similar flight three years earlier.

FlightPulse, meanwhile, takes data and puts it in pilots’ hands in the form of an app. This personal scorecard — think of it like the health app on your smartphone, with gallons of jet fuel burned instead of calories — allows pilots to measure their own fuel use and other statistics against their peers or against their own previous flights, so they can self-discover areas to optimize operations and efficiency. 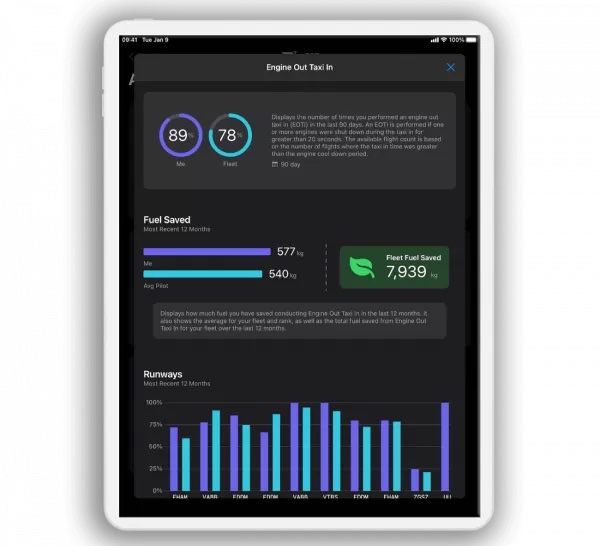 The FlightPulse app has been in use by Qantas Airlines’ fleet since 2017. Within the first year of use, 15% of Qantas’ pilots had adopted fuel-saving procedures and the airline had avoided 5.71 million kilograms of carbon emissions. If every airline with more than 25 aircraft were able to achieve the same results as Qantas, it would mean the equivalent of taking 260,217 passenger cars off the road.

Using software to save $11 billion in unnecessary fuel expense would be a clear win. The other half of the equation, of course, is how taking that extra CO2 out of the atmosphere helps airlines achieve decarbonization goals like that set by the International Air Transport Association (IATA), which has called for reaching net-zero CO2 emissions by 2050. While it’s clear that many of the biggest gains here will likely come from technologies that are still over the horizon — like widespread adoption of sustainable aviation fuels, including hydrogen, and more efficient engine technologies, which are the goal of the CFM RISE Program technology development demonstrator announced this summer — “we cannot afford to wait until then,” says Andrew Coleman, general manager of GE Digital’s Aviation Software business. “We have the data and solutions that can help the industry make strides toward net zero today, by leveraging data that already exists.”

“Operating modern and fuel efficient aircraft has been central to our business model since the airline’s inception,” says Capt. Hassan AlHammadi, divisional senior VP of flight operations for Emirates. “These solutions will help us to achieve our goals. We want to empower our pilots with state-of-the-art tools and technology to help them operate flights in a safe and efficient way.”