A Man On A Mission: Gurhan Andac Wants To Bring Sustainable Aviation Fuel To An Airport Near You

When Gurhan Andac was growing up in Ankara, Turkey, he dreamed of designing big ships or locomotives. Then, during his senior year at college, a professor showed the class a video about gas turbine jet engines, and he was converted. He decided to apply for graduate school abroad and was accepted into the University of Southern California’s engineering program. To help him plan his education, he wrote to GE to ask for advice, knowing it was a place where he might be able to pursue that career someday. The people who answered his query told him, “Why don’t you apply for a job with us right now?”

The offer felt good, and he did follow up on it — a decade later, when he had a master’s degree, a PhD and postdoc work at USC in mechanical engineering on his résumé. He moved to Cincinnati, the home of GE Aviation, and soon joined a team that was studying, together with Virgin Atlantic Airways, whether jet engines could fly on biofuel. “I loved it,” says Andac. “And the rest, for me at least, is history.”

In Andac’s case, that statement is not a throwaway cliché. As GE Aviation’s engineering leader for aviation fuels and additives, it’s his job to research biofuels and synthetic fuels for engines, or sustainable aviation fuel (SAF). His team studies how well the fuels perform in engines, quantifies their benefits and promotes SAF use with the airlines. “Sustainable fuel is not a research project that we are doing on the side,” Andac says. “It is happening. We are flying today with SAF blends.” Indeed, there are already 37 airports distributing SAF blends to airlines and operators globally, and it has powered nearly 370,000 commercial flights since 2011, according to the Air Transport Action Group. 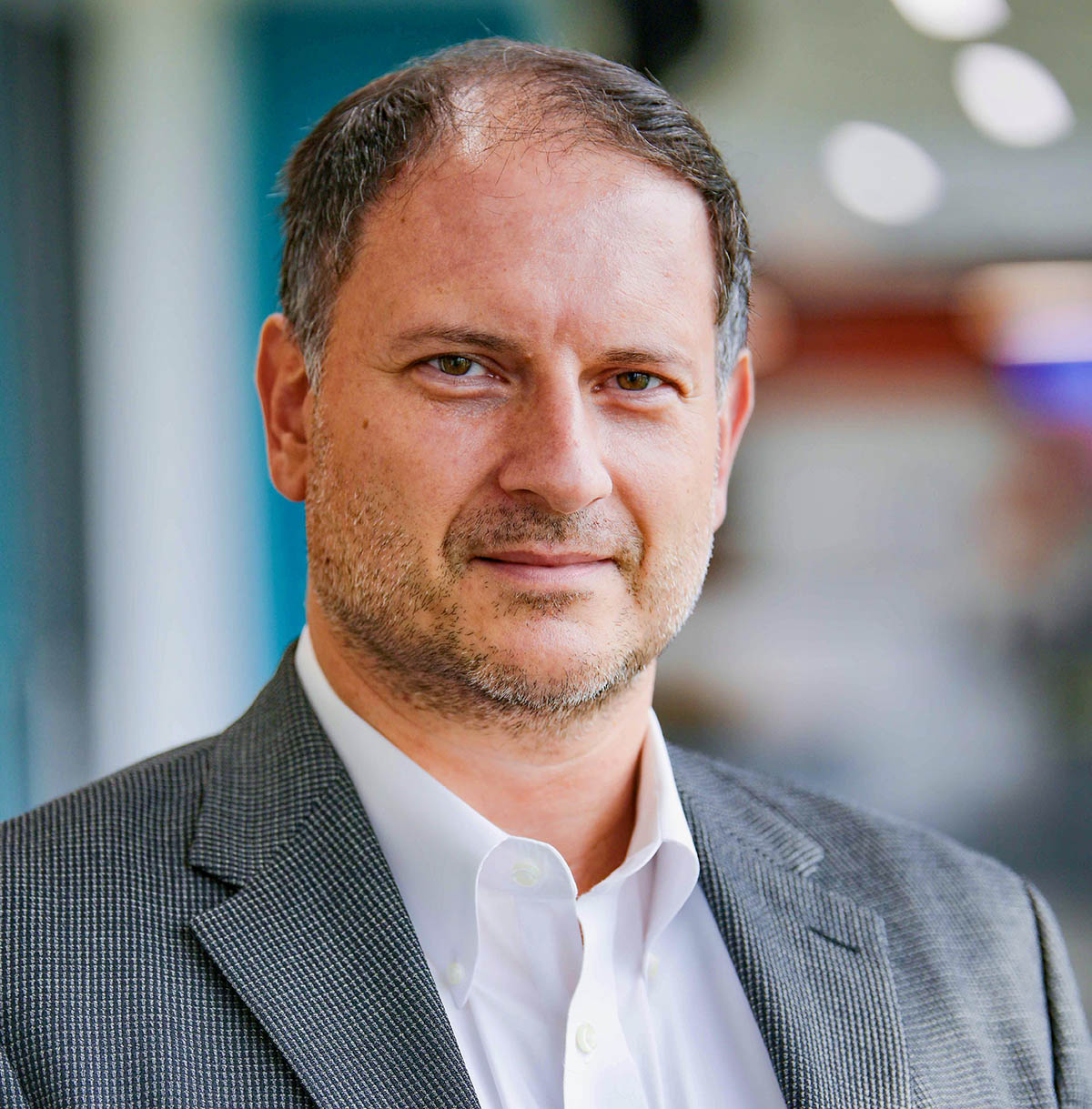 Andac’s pursuit of more SAF is a timely calling. In 2018, airlines worldwide carried about 4.3 billion airline passengers. By 2040 that number is projected to reach 10 billion, according to the International Civil Aviation Organization, an agency of the United Nations. In order for the airline industry to reduce its carbon footprint, it will have to get there through a combination of factors, including more efficient engines and cleaner fuels.

This year, there’s been good news on the engine technology front. CFM International, a 50-50 joint company between GE Aviation and Safran Aircraft Engines, this summer announced the CFM RISE (Revolutionary Innovation for Sustainable Engines) Program. The RISE Program aims to develop technologies such as open-fan designs and hybrid electric systems that could help improve fuel efficiency in new engines by more than 20% by the middle of the next decade.

But more efficient engines will need help if we’re to get the world across the finish line. Which is why on Sept. 9, President Biden, as part of his effort to reach a net-zero economy by 2050, announced a Sustainable Aviation Fuel Grand Challenge, calling for production of “at least 3 billion gallons of SAF per year by 2030 and, by 2050, sufficient SAF to meet 100% of aviation fuel demand, which is currently projected to be around 35 billion gallons per year.”

Andac says the goal is realistic, but there’s a lot of work to do. Today only a fraction of 1% of the fuel consumed in aviation is SAF. He thinks that by 2025 the industry could reach 2% displacement of conventional fuel and possibly “something like a 10% replacement of conventional jet fuel in 10 to 15 years,” he says. “Those increases might seem small, but once we get there, we will at some point reach a cusp. I think in about 10 to 15 years it will really accelerate when we have the fuel technologies in place, the policies in place, the airframe and engine technology in place regarding SAF use without the need for blending.”

Those who have been filling the family station wagon with ethanol blends over the years can name corn and a few other crops that have made up most biofuel production. But Andac and his team survey a much broader landscape of feedstocks — as many as 60 of them — which encompass an array of fats, oils, and greases. “And now we are talking about waste streams, municipal or wet wastes, we are talking about sugars and alcohols. And now carbon capture, either from the atmosphere or from industry,” he explains. “At the end of the day, all of them might play some role, no matter how small they may be, depending on the location, depending on the resources a particular region has. It will likely be a scenario where those solutions will be more localized rather than uniformized.”

In the realm of sustainable aviation fuel, there are seven technical pathways qualified so far by ASTM International. These are technologies, with names like oligomerization of alcohols and Fischer-Tropsch catalysis, that describe how raw materials are converted to SAF that can be “dropped in” to conventional jet fuel and used in a blend not to exceed a ratio of 50% — a number that Andac hopes to see extended to 100% before long. Toward that end, alongside his work to get more SAF pathways qualified, he chairs a task force at ASTM to enable 100% SAF use.

One of the technologies he’s most excited about for its carbon-reducing impact is called the power-to-liquid option (PtL), in which renewable electricity is used to split water into hydrogen and oxygen, then the resulting H2 is used with captured CO2 to synthesize liquid hydrocarbon fuel. Right now PtL is still expensive, but it’s generating a lot of enthusiasm as a long-term solution.

By switching from petroleum to SAF — when you take into consideration the entire life cycle of the fuel — the aviation industry could reduce its carbon contribution from fuel by up to 80%. PtL, along with carbon-capture technologies and liquid hydrogen fuel, could one day bring that figure all the way to 100%.

Whatever their origin, it’s important to note that every one of the pathways results in a product that’s chemically indistinguishable from the Jet A and Jet A-1 fuel (both forms of highly refined kerosene) that has powered airliners for decades.

“These molecules don’t know where they come from,” Andac says regarding the differences between SAF and conventional jet fuel. “Once a SAF blend meets the industrial standard, it is identified as Jet A/Jet A-1 and it becomes fungible. So you can blend it with any other Jet A/Jet A-1, and since it is the same product, the engine wouldn’t recognize any difference. And there would be no additional service or maintenance activities required for SAF fuel.”

But to make this undertaking bear fruit, Andac says, everybody has to play their part, from researchers to equipment manufacturers to the producers of feedstock — because biofuels are still far from reaching price parity with conventional jet fuel. “Fuel is the largest operational expense for the airlines,” he says — it accounts for as much as 20% of their operational costs — “so this really matters to them. In order to bridge that gap in price between SAF and conventional jet fuel, we need to scale up production.”