Charged Up: This GE Tech Is Engineered To Speed Up Energy Transition

Last year, GE made a commitment to becoming carbon-neutral in its own operations by 2030. In GE’s 2020 Sustainability Report, released this summer, the company is going even further, with an ambition to be net zero by 2050, including Scope 3 emissions from the use of sold products. GE’s tradition of innovation will play a big role as engineers find new ways to help solve looming challenges like the energy transition to address climate change.

“I feel really privileged to be part of GE at this pivotal moment for our people, communities and planet,” says Roger Martella, GE’s chief sustainability officer. “I am one of roughly 174,000 employees who get to contribute to these solutions, which are not only good for business but good for the planet. It’s a humbling opportunity. To be honest, we know the stakes are high, and we know that we have to succeed.”

Here are examples of some of the technologies GE has been working on.

GE’s Haliade-X offshore wind turbine was designed to evolve with the market, and evolve it has. The initial model produced 12 megawatts — and even at that level, a single rotation of the machine’s blades could generate enough power to supply the equivalent of one U.K. household for two days. But when GE Renewable Energy engineers tested a Haliade-X prototype, they found it could be optimized to produce 13 MW. Now an even more powerful version will be rated at 14 MW — and this machine has just been selected for Dogger Bank C, the 1.2-gigawatt third phase of the U.K.’s Dogger Bank wind farm. (At its 13-MW rating, the Haliade-X had previously been selected for the first two phases of the project.)

Set to be completed in 2026, Dogger Bank is projected to be the largest offshore wind installation in the world, with a planned installed generation capacity of 3.6 GW. The Haliade-X was also recently selected to power Vineyard Wind, an 800-MW farm off the coast of Massachusetts.

Gov. Andrew Cuomo announced in early July that New York will make a big push to bring green hydrogen into the state’s portfolio of sustainable energy solutions — and GE will help along the way. This fall, the Brentwood Power Station on Long Island will begin a demonstration project to test the feasibility of running on a blend of natural gas and green hydrogen, a fuel without carbon. GE Gas Power, whose combustion turbine powers the station, will provide the blending technology and help execute the project.

GE Gas Power is already an industry leader in the use of hydrogen. GE turbines have logged millions of hours of operation using blends of hydrogen, and power facilities set to go online in Ohio and Australia will use blends of hydrogen and natural gas. Hydrogen could remove millions of tons of CO2 from the atmosphere just by the end of the decade. Green hydrogen specifically uses renewable electricity to split water molecules and produce oxygen and hydrogen.

Pump Up The Volume

Austria is a longtime hydropower pioneer, and the nation's energy transition is moving mountains — by moving water. ÖBB, the country’s main railway operator, is taking Austria’s electrified railway system to a new level by adding variable-speed pumped hydro storage to the mix and essentially building a giant battery high up in the mountains. Scheduled to come online in 2025, ÖBB’s 170-megawatt Tauernmoos plant will operate in two modes. In pump mode, it will utilize low-cost surplus power from Austria’s grid to push water 260 meters uphill and store it in a lake. In turbine mode, the water will reverse course, running downhill through the same pump turbine to produce electricity. The plant can then dispatch that power to the grid to help smooth any gaps in supply from other renewable energy sources.

Tauernmoos will be much more than a powerful source of on-demand renewable power for the country’s trains. Pumped storage also underpins Austria’s goal of power generation from a 100% renewables-based grid by 2030. And in a world first for a variable-speed pumped storage plant, a single original equipment manufacturer — GE Renewable Energy — is not only designing, building and installing Tauernmoos’ two 85-MW pump and turbine generator units, it will also be responsible for integrating the power transformers and frequency converters that will help ensure smooth, flexible and synchronized electricity transfer between the plant, the network and the grid. “We are delighted to join forces and help ÖBB Infrastructure demonstrate the role that hydro storage solutions can play in accelerating the energy transition,” says Pascal Radue, CEO of GE Renewable Energy Hydro Solutions.

Growing up outside Philadelphia, Jhansi Kandasamy remembers being enchanted by her father’s descriptions of fans as large as houses that cooled the giant 1,100-megawatt nuclear power plant where he was an engineer. She channeled that fascination into her career today at GE Hitachi Nuclear Energy, in Wilmington, North Carolina, where she is developing a new generation of nuclear reactors called small modular reactors, or SMRs.

SMRs produce carbon-free electricity while they are in operation and promise to play an important role in tomorrow’s energy ecosystem. When the wind isn’t blowing and the sun isn’t shining, SMRs will be able to step up and pump out large amounts of energy. “It’s fascinating for me to think about how I can play a small part in this initiative to help care for the earth,” Kandasamy says. 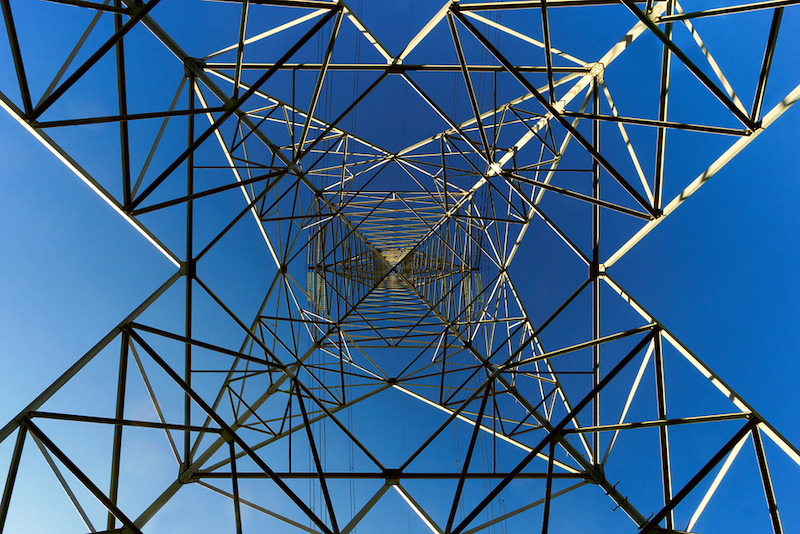 For more than a century, the electrical grid was a one-way street, with current traveling from power plants to consumers. But two decades into the 21st century, it’s rapidly becoming more like a busy highway, with lots of on-ramps and off-ramps. The rise of the renewables age, with tech like rooftop solar, storage batteries and electric vehicles, is adding a new layer of complexity for grid operators. Vera Silva, chief technology officer of GE Renewable Energy’s Grid Solutions unit, says utilities must “operate the grid like a Swiss clock” — and that her business is there to help: “If you think about the transition to decarbonization, how do you convert that ambitious goal, in a way that keeps the grid rock-solid all the time but deals with this rate of change?”

The answer is innovative hardware in combination with digital technology. That’s why Silva’s business is working to solve the challenge in partnership with GE Digital, GE’s software and analytics arm. During everyday operations, the grid generates a mammoth amount of data that can be mined for insights. Past outages and weather data, for instance, can help locate future spots of vulnerability during a storm — so utilities are prepared to speed up repairs and minimize downtime. The ultimate goal? An autonomous grid that can not only fix but predict problems on its own. “Our vision is that we will provide the technologies that enable the grid to continue to be highly reliable, but also resilient — so that it actually becomes even better-performing, more energy-efficient and renewables-centric,” said Patrick Byrne, GE senior vice president and CEO of GE Digital. “That’s a tremendous technology opportunity and challenge for us to take [on].” 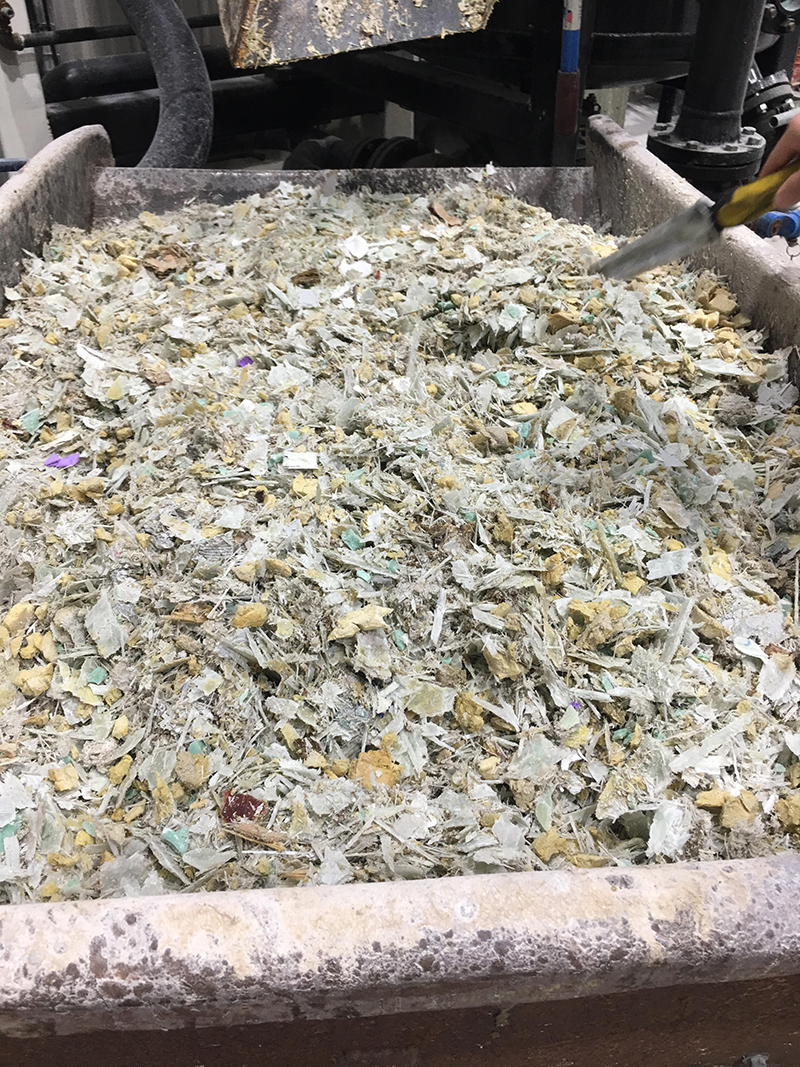 Wind power is a fast-growing source of renewable energy, but that doesn’t mean the industry isn’t trying to lower its carbon footprint. One way to do it involves lowering emissions in the wind turbine’s entire life cycle, from raw material sourcing to manufacturing processes to component transportation. That’s why GE Renewable Energy signed preliminary agreements this month with German and French-Swiss companies to dismantle, shred and co-process the blades from some of the continent’s onshore turbines that are approaching the end of their lives.

The deals come on the heels of a landmark agreement with Veolia North America late last year to recycle blades removed from its onshore turbines in the U.S. GE Renewable Energy’s European partners will follow a similar process: recycling the glass fibers and fillers from the decommissioned blades to be used as raw materials in cement, while recovering the organic materials as an energy source for the manufacturing process. Europe’s cement manufacturers are aiming for net zero emissions by 2050, and GE says manufacturing cement this way could emit as much as 20% less CO2 compared with conventional processes. Jérôme Pécresse, CEO of GE Renewable Energy, called the deals “a truly exciting next step in our journey to introduce new circular life cycle improvements for the wind industry in Europe.”

A Wind Turbine That Floats 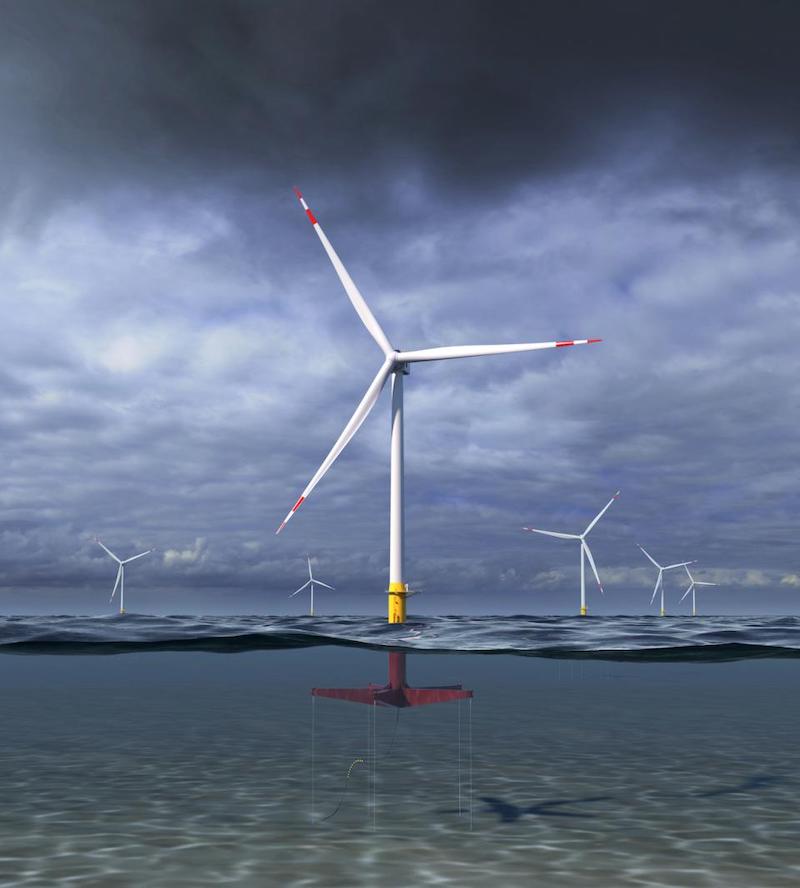 We know how to build wind farms on land and in relatively shallow waters, but it’s an entirely different story in places where the continental shelf quickly drops off, like parts of the West Coast. A team at GE Research has developed a floating wind turbine concept that expects to make that possible. Unlike fixed-bottom offshore turbines that require depths less than 60 meters (200 feet), the new design includes "active tendons" to keep the platform safely tethered to the seafloor while allowing it to ride big waves and reduce the magnitude of the overall mechanical load.

GE is partnering on the project with marine industry innovator Glosten. The team designed a 12-megawatt floating version of the Haliade-X, the most powerful offshore wind turbine in operation today. The concept turbines are 853 feet tall, with a rotor diameter of 720 feet; each one can generate 67 gigawatt-hours of electricity a year. Just one such machine could produce enough electricity to power the equivalent of 16,000 American households. The proposal comes with advanced controls that could allow it to be installed in deep coastal waters. The concept is sponsored by the Department of Energy’s Advanced Research Projects Agency-Energy (ARPA-E).