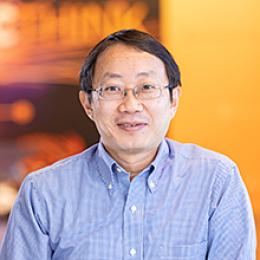 Rui Xu received a Ph.D. in Electrical Engineering from Missouri University of Science and Technology (MST), Rolla, MO. His research interests include prognostics and health management for industrial assets, continuous learning, pattern clustering and classification, and time series analysis. Rui Xu has more than 40 publications, including a book “Clustering” (Wiley-IEEE, 2009), and an Overall Best Paper Award from the 2010 IEEE Congress on Evolutionary Computation. He also has 1 granted patent and 8 filed patents. His publications have attracted more than 7,900 citations according to Google Scholar (12/2018).