E.ON AND GE - A POWER UP STORY

AEP increase in the first year 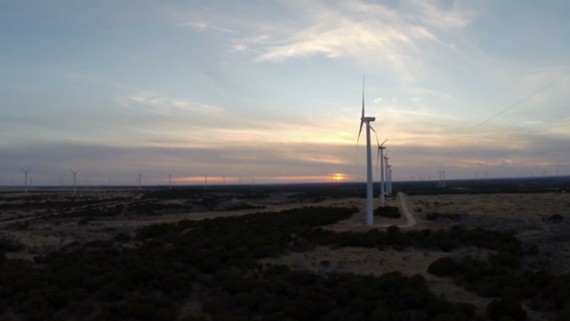 E.ON AND GE: A POWER UP STORY

In 2013, GE Renewable Energy launched the PowerUp* Platform to help wind developers get more power from their existing wind fleet.  E.ON Climate and Renewables (EC&R) North America partnered with GE to PowerUp their fleet and, after one year, is seeing incredible results.

PowerUp is a part of the GE brilliant wind platform, which harnesses the power of the Industrial Internet to analyze tens of thousands of data points on a wind farm each second.  This leads to higher power output, increased service productivity and the creation of new revenue streams for customers.

“There’s nothing more significant to our business than the actual wind itself,” explains Patrick Woodson, CEO of EC&R North America.  “Being able to harness that wind, even a little bit has massive implications for our bottom line.”  The potential AEP increase for E.ON is the equivalent of adding 10 more turbines to their fleet.

After partnering with GE in November 2013 to upgrade 469 of their 1.5-77 turbines with PowerUp, E.ON has seen tremendous growth in its output, announcing an increase of 4% AEP in the first year.  “PowerUp is allowing us to produce energy levels we’ve never seen before,” Woodson said.  “I think in the end, we ended up with a great product that will be great for both sides.”