What The Noise Is All About: How This Company Made A New Hollywood Blockbuster Roar

Sound engineering punched up the movie’s most memorable scenes: the first four minutes, filled with takeoffs and landings, pulsating atop of a major hit song to the roar of a fighter jet buzzing the tower, as well as the acute drone of the stall warning that preceded the failed ejection of the main hero’s best friend.

So how do you begin to top that when your mission is to help create sound for the movie’s sequel?

That work fell on the shoulders of Skywalker Sound, a team of audio wizards who specialize in sound design, mixing and audio post-production.

When they set out to create a new jet-engine sound library, the U.S. Navy and Paramount Pictures gave them the coordinates of GE Aviation, a top global builder of jet engines for fighter and passenger jets. Next, Skywalker’s request landed on the desk of Tom Lodge, an executive at GE Aviation who also happens to be an aviation film buff.

Soon Lodge was talking to Skywalker Sound’s lead sound designer, Al Nelson. “We discussed his needs and, contrary to my speculation, he did not need sounds from the specific GE F414 powering the F/A-18 Super Hornet, the featured aircraft in the film,” Lodge says. “He needed a portfolio of jet-engine sounds that would be used in various places in the movie to emphasize a high-tech environment.” 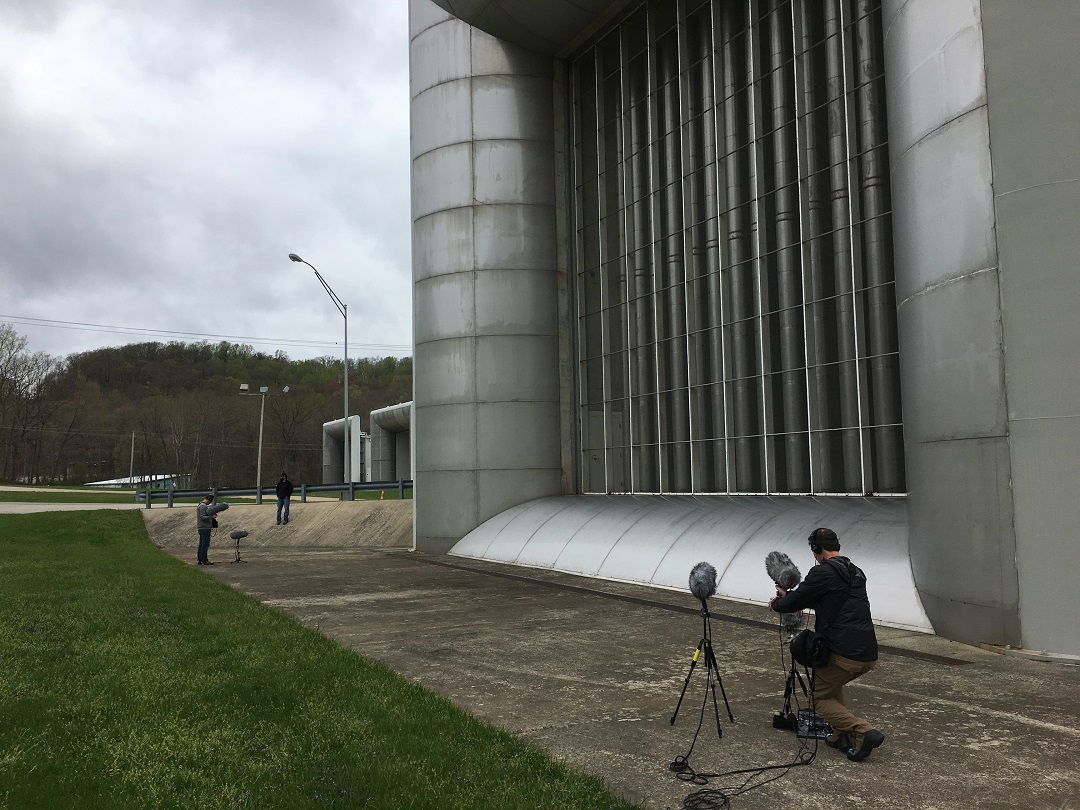 If anyone has the key to such a portfolio, it’s GE Aviation. The company’s engineers helped build engines ranging from the 2,000-pound-thrust HF120 engine for the HondaJet to the 105,000-pound-thrust GE9X engine for Boeing’s latest 777X plane, and everything in between.”

In April 2019, Nelson and his colleague Benny Burtt flew their specialized microphones and computers from their studio in the Bay Area to GE Aviation headquarters in Cincinnati, Ohio. Next stop: GE Aviation’s Peebles Test Operation, a 7,000-acre facility hidden in the woods of eastern Ohio where GE has tested engines for nearly 70 years. “It was a fascinating experience for us to witness how jet engines are produced and tested,” Burtt said. “The scale of the test facilities and sophistication of the instrumentation was beyond impressive.”

During their day at Peebles, the Skywalker Sound crew position various microphones inside test cells under the close supervision of the technicians who run tests there. They recorded the world’s most powerful commercial aviation engine, the mammoth GE9X, starting from running idle to its max power. They also recorded the unique sounds of the overhead cranes being moved. Skywalker Sound was able to record a run of a GEnx-1B, the engine GE Aviation built for the Boeing 787 Dreamliner.

Benny then traveled to GE Aviation’s engine facility in Lynn, Massachusetts, to capture recordings of a T700 engine, which powers the Navy’s MH-60 Seahawk and a wide range of military helicopters. Finally, they recorded a F414, the engine that powers the title character’s F/A-18 Super Hornet in the test cells. “GE Aviation has a long history with the U.S. military and the U.S. Navy in particular,” Lodge said. “We’ve powered their aircraft for over 70 years and are proud to be a contributor to [the film].  What an inspiration to see our F414s powering a very special member of the cast, the Boeing F/A-18 Super Hornet.” 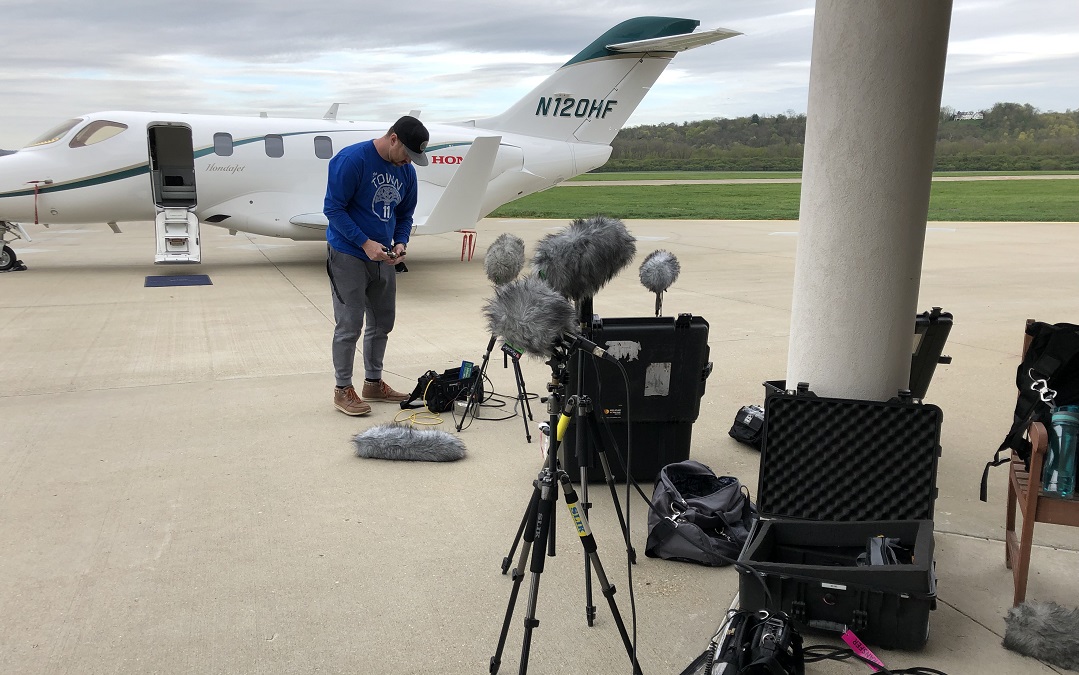 “We are grateful for the generosity of GE Aviation to open their doors to us,” Nelson said. “Their cooperation and hospitality enabled us to record very special and unique sounds that we would have had difficulty accessing normally.”

“It was a privilege to meet the Skywalker Sound team and to learn of the variety of projects and types of sounds they record,” Lodge said. “I gained a deeper appreciation of the creative skill needed to seek sound sources that become an integral part of the final movie experience.”