The Test Pilot: Heather Ross Is Helping Boeing Get Its Newest Jet Ready For Service 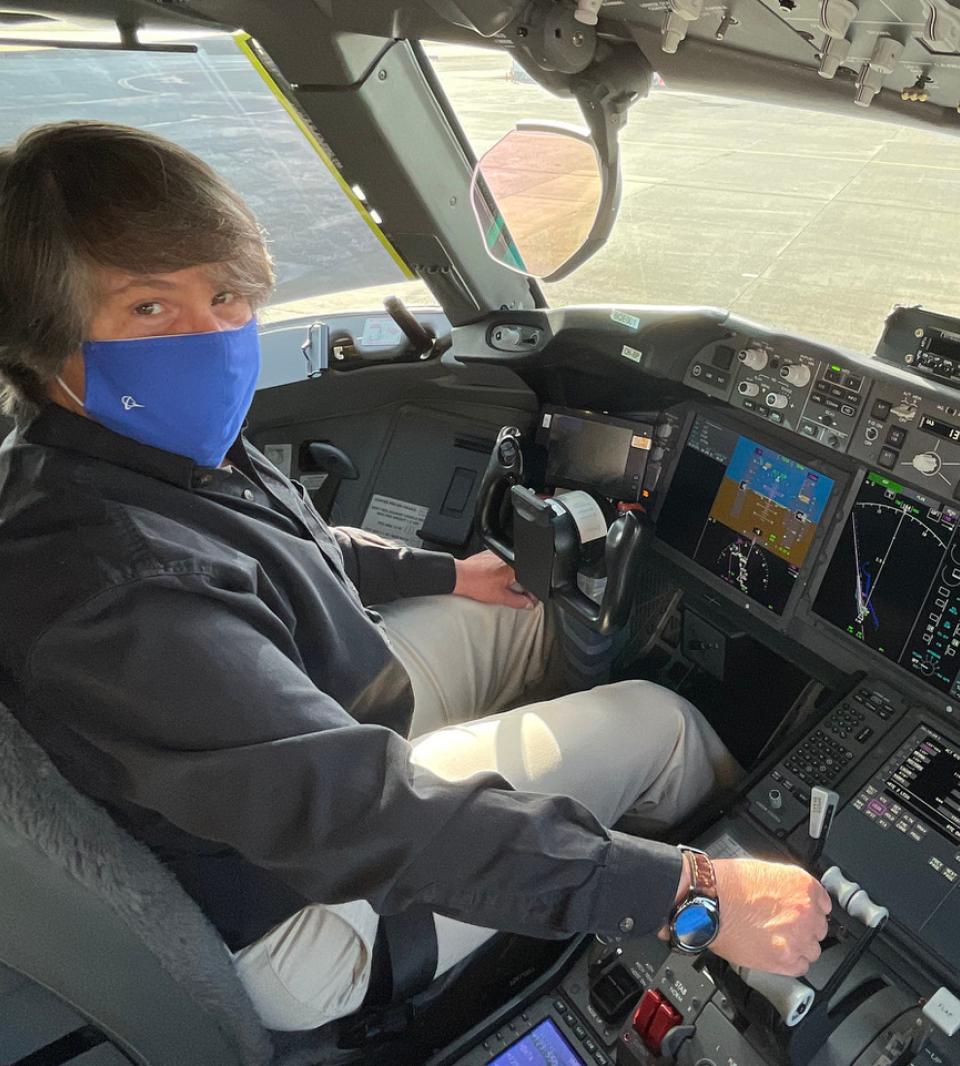 Heather Ross flew Air Force jets in the Gulf War and piloted passenger planes for a major U.S. airline. But nothing compares to the aircraft she’s flying now. In mid-November, she brought to the Dubai Airshow the Boeing 777X, the plane-maker’s latest widebody jet, for its much-anticipated public debut. As deputy chief pilot for the 777X program, Ross is part of the team making sure the jet will be ready to enter service.

GE Reports caught up with Ross inside the plane filled with sensors, computers and tools like water tanks that move around the plane’s center of gravity so she and a crew of Boeing engineers can simulate conditions beyond what the jet will experience in service. “I wouldn't bring my grandmother on board the airplane to fly it,” Ross laughs. “It's not because it's dangerous, but just because it can be uncomfortable. There's no reason to be doing the things that we're doing except we want to prove the design. We take a lot of time and effort and put a lot of focus on doing so safely.”

Below is an edited version of the conversation. 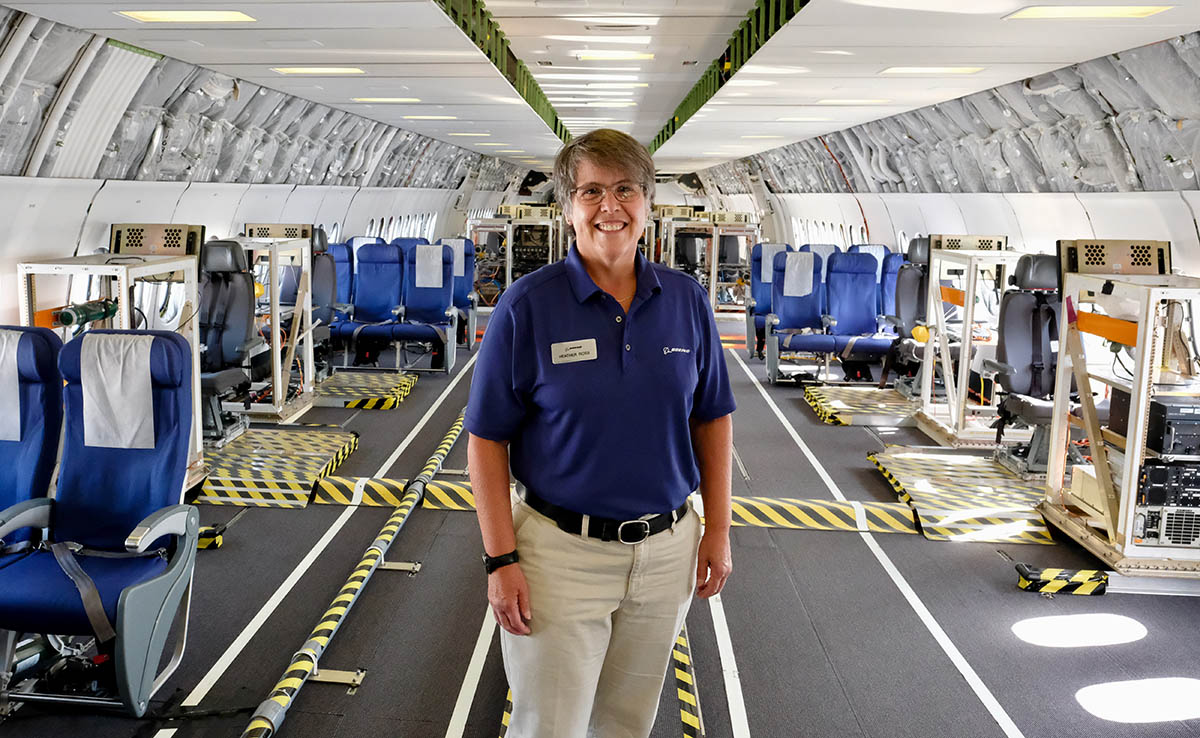 GE Reports: Tell us about your plane?

Heather Ross: It's not really mine. Technically, The Boeing Company owns the airplanes, but they throw me the keys now and again, so I get to go play with it, which is wonderful. It's a great airplane. The flight over was its first international flight, and the airplane performed very well. It was exciting to be able to fly over the ocean with this airplane after being basically domestic for the last two years.

GER: What did you do with the plane during that time?

HR: This is our No. 1 test airplane, which means this is the first airplane that flew. There's a whole package of testing that's associated with this airplane, including stability, control testing and performance testing. We do all kinds of unusual maneuvering to validate the airplane’s capabilities. We go safely beyond where the airplane would normally fly in service.

GER: What are the limits that you're trying to test? 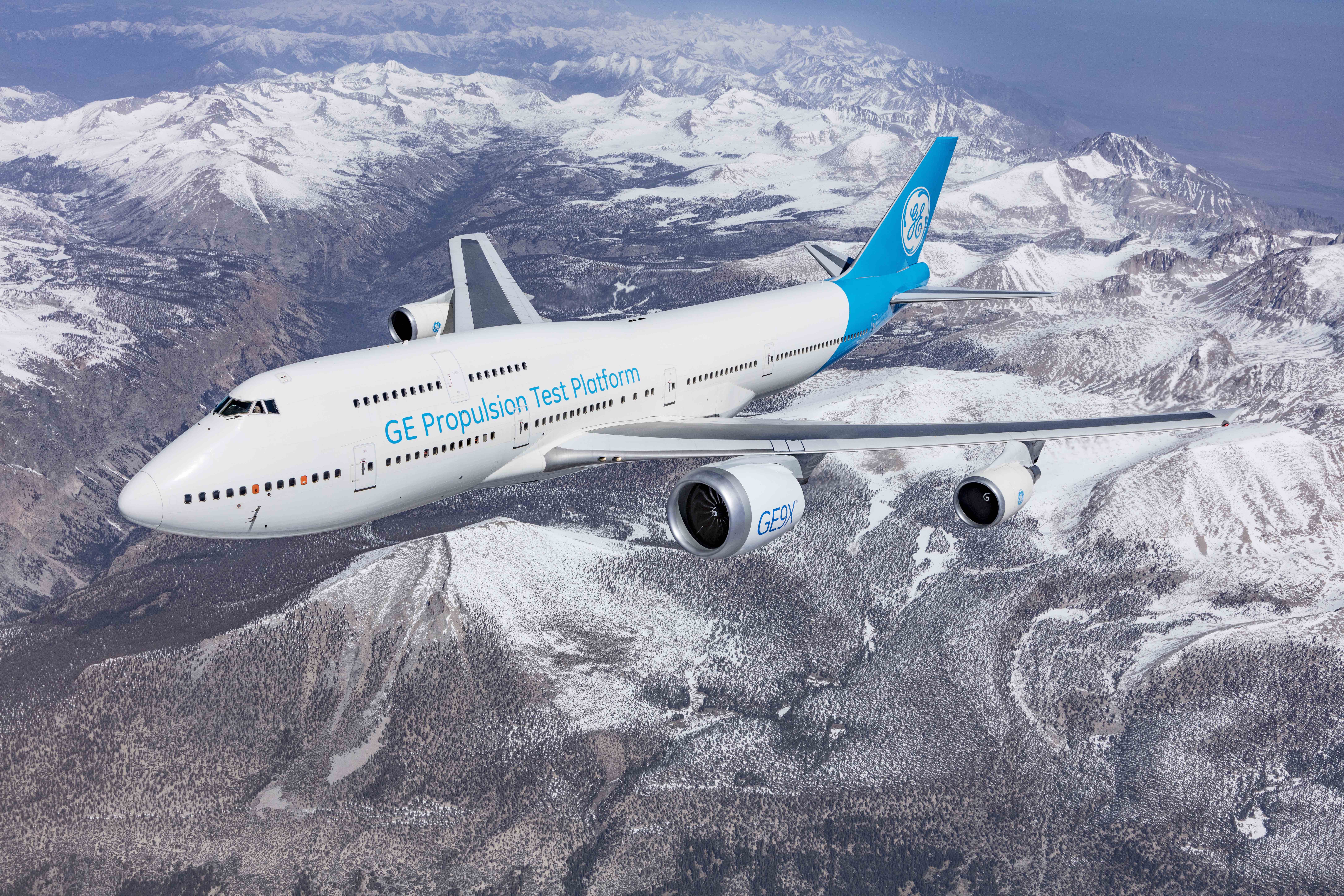 GER: The 777X has GE Aviation’s GE9X engine under each wing, the world’s most powerful jet engine capable of generating 134,000 pounds of thrust. What does it feel like to have all that power?

HR: They are incredible engines. Really great. I tell you what, it's exciting to push the thrust levers up on these engines. You can feel the thrust. A lot of our takeoffs are full thrust takeoffs, and they generate so much power. They are also super reliable, they've been good to us. It's exciting.

GER: But during the flyovers in Dubai, you can barely hear them.

HR: Yes, they’re so quiet on start that our ground support personnel who are usually on the headset with us and monitoring the starts, they don't even know that they started. They usually call, "Engine start, engine light off," and we're probably two-thirds of the way through the engine start. I can see the engine lighting off because I see the fuel flow.

If you've listened to the comments during the airshow as the airplane is flying overhead, it's a wonderful opportunity to hear the noise footprint and how small it is. I mean, it's incredibly quiet as compared to anything else flying. And that's the amazing thing. I can feel the thrust when I push the thrust levers up. I feel it when I'm pushing the thrust levers up for takeoff. I feel it when I push the thrust levers up during our maneuvering flying, when we're accelerating, when we're doing some of our test conditions, but it's so quiet. It really is very quiet. It has kind of a characteristic sort of a whoosh. I mean, it's powerful, but not loud. I don't know how to describe it, but it's a very unique sound in its way.

HR: I have the utmost respect for Jon. I flew with him on the flying testbed which is a Boeing 747, a couple of times. He’s got four engines, three of which I understand — I used to fly 747s as a commercial pilot — and one, the GE9X. He has it figured out and the whole team has done a very effective job of testing that engine. 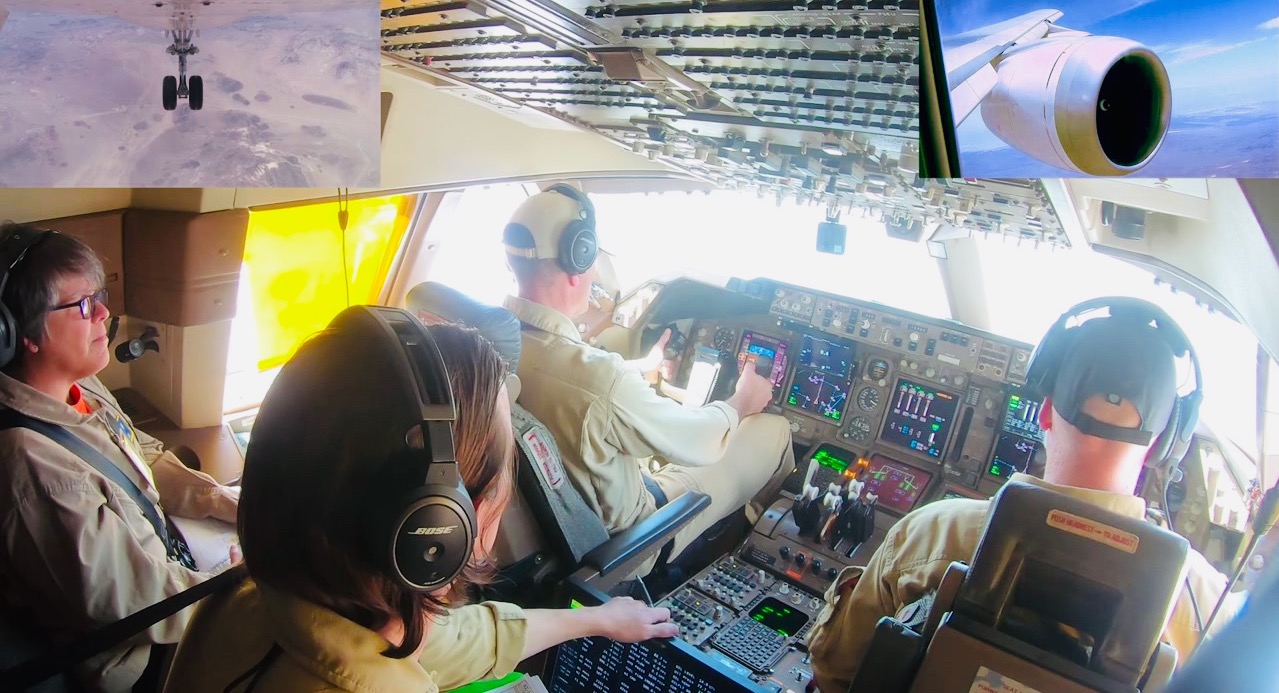 GER: What were some of the questions you had for Jon?

HR: What I wanted to understand on the GE test program and during those flights was how it related to what we would be doing later with those engines on this airplane. GE testing was integral to us being able to safely accomplish our first flight. It meant that we didn't have unknowns from the perspective of the engines and the engine capability. I mean, during its first flight the airplane flew with two brand new engines that had never flown. But GE had already gone out and proved the operation. That was important.

GER: How is flying a test plane different from flying a commercial jet?

HR: It's night and day. I loved being an airline pilot, I loved being able to take people from point A to point B. But for me, because of my engineering background and because I wanted to have a part in where the industry went with airplane designs and operations, I felt this was the place for me. The things that we do are unusual and we might go out beyond the normal flight envelope, but we do that for a reason, and we do it very methodically and in a buildup fashion so that we can accomplish that safely. As much as we want to get the job done, we must get it done safely. It has to be within this safety shell. We have a really great team, and we have great tools at Boeing and we can accomplish these difficult things.

GER: How did you become a test pilot?

HR: It was a long journey. I was always good at STEM studies and getting a strong degree in engineering was valuable. Of course, that was just the jumping-off point for me and my career. I came to Boeing as a young engineer, and I was flying in the back on board of test airplanes. But I was also trying to get my private pilot license and evolve as a pilot. I eventually joined the Air Force to get some pilot training, participated in the Gulf War and gathered a lot of experience there. Then I went to an airline as a pilot and did that for about four years. At that point I had enough experience to at least join our production flight group here at Boeing, and that means that I flew with customers on the current production airplanes. Eventually that evolved into a job on the 787 program as a project pilot, and then to this position as the deputy on the 777X.

GER: If you were to pick one thing that drives you, what would it be?

HR: Be curious. There’s not a day when I don’t learn something new.