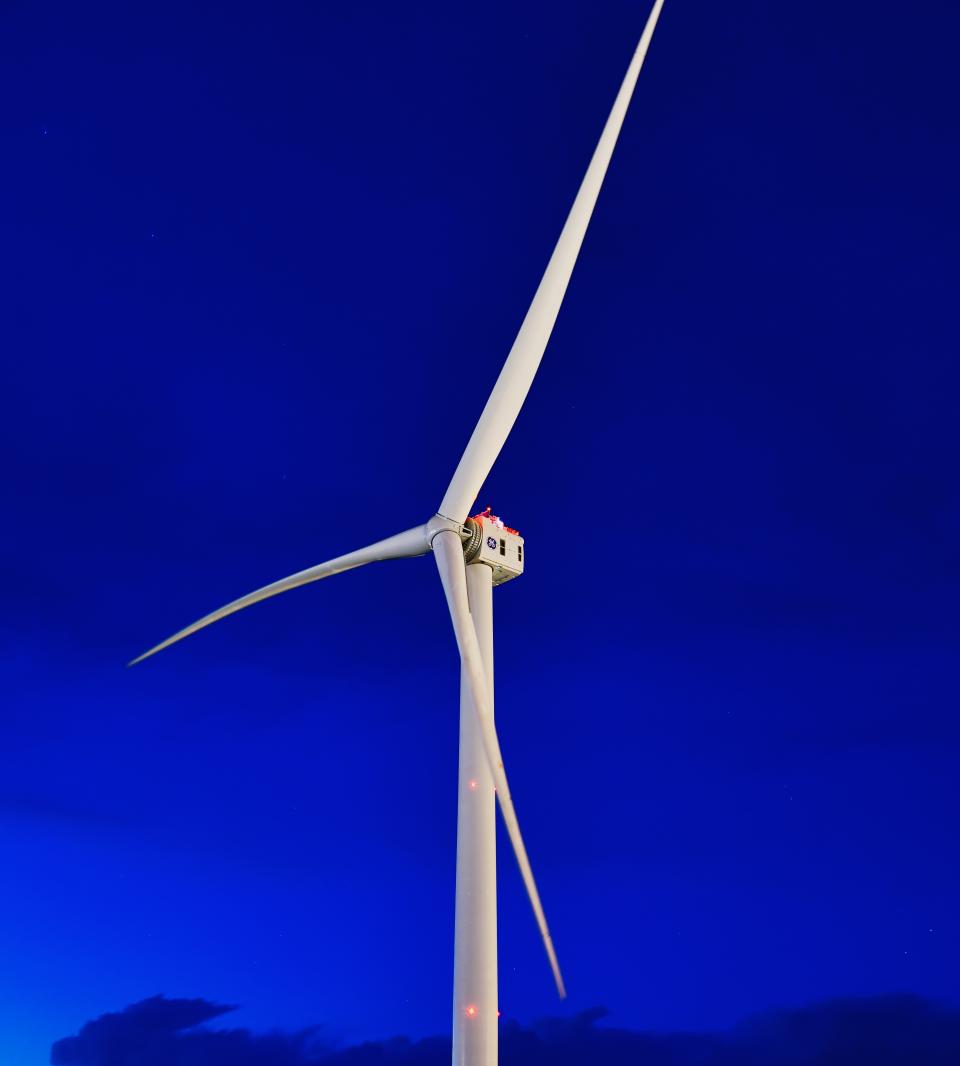 A little over a year ago, the Haliade-X offshore wind turbine set an important record when a working prototype of the machine, located at the Port of Rotterdam, became the first wind turbine to produce 288 megawatt-hours of energy within 24 hours. That may have been enough to power 30,000 households in that area but it wasn’t enough for the Haliade-X, which just bested the feat. In October the machine, which is also the most powerful offshore wind turbine operating today, produced 312 megawatt-hours of energy in a single 24-hour period. In short, the Haliade-X, which Time magazine honored as one of the best inventions of 2019 shortly after that first record was set, has had a newsworthy year.

But the machine isn’t finished. Engineers from the turbine’s maker, GE Renewable Energy, have spent the last year collecting data on the Rotterdam prototype in order to obtain full “type certificate” for the machine — verification from an independent body, DNV GL, that the new turbine will operate safely, reliably and according to design specifications. In another big development, DNV GL awarded that certification to the Haliade-X 12 MW earlier this week.

“This is a key milestone for us as it gives our customers the ability to obtain financing when purchasing the Haliade-X,” said Vincent Schellings, who leads development of the turbine for GE Renewable Energy. “Our continued goal is to provide them the technology they need to drive the global growth of offshore wind as it becomes an ever more affordable and reliable source of renewable energy.” It’s a good business to be in: The International Energy Agency has projected cumulative investment in offshore wind to hit $1 trillion by 2040.

The type certification came shortly after a constituent part of the turbine — its 107-meter-long blade, which exceeds the length of a football field — received its own component certification. The process of certifying the Haliade-X 12 MW involved separate testing of its blades, at facilities in the U.S. and U.K., and tests involving the prototype in Rotterdam.

GE designed the Haliade-X to generate 12 megawatts, but testing in Rotterdam revealed that it could outperform its original goals, to the tune of 13 megawatts. The new type certification specifically involves the 12 MW; testing of the Rotterdam prototype at 13 MW power output is underway now, with separate certification expected in the first half of 2021.

Next up after that milestone? Installation. In September GE Renewable Energy signed the first contract for the Haliade-X 13 MW, agreeing to supply 190 of the machines to Dogger Bank A and Dogger Bank B, the first two phases of what is expected to be the world’s largest offshore wind farm, located in the North Sea, some 130 kilometers off England’s Yorkshire coast. Scheduled for completion in 2026, the farm is projected to be capable of generating 3.6 gigawatts of electrical power — enough to supply 4.5 million U.K. households.