The Road To A Greener World: GE Renewable Energy Chief Talks About The Energy Transition 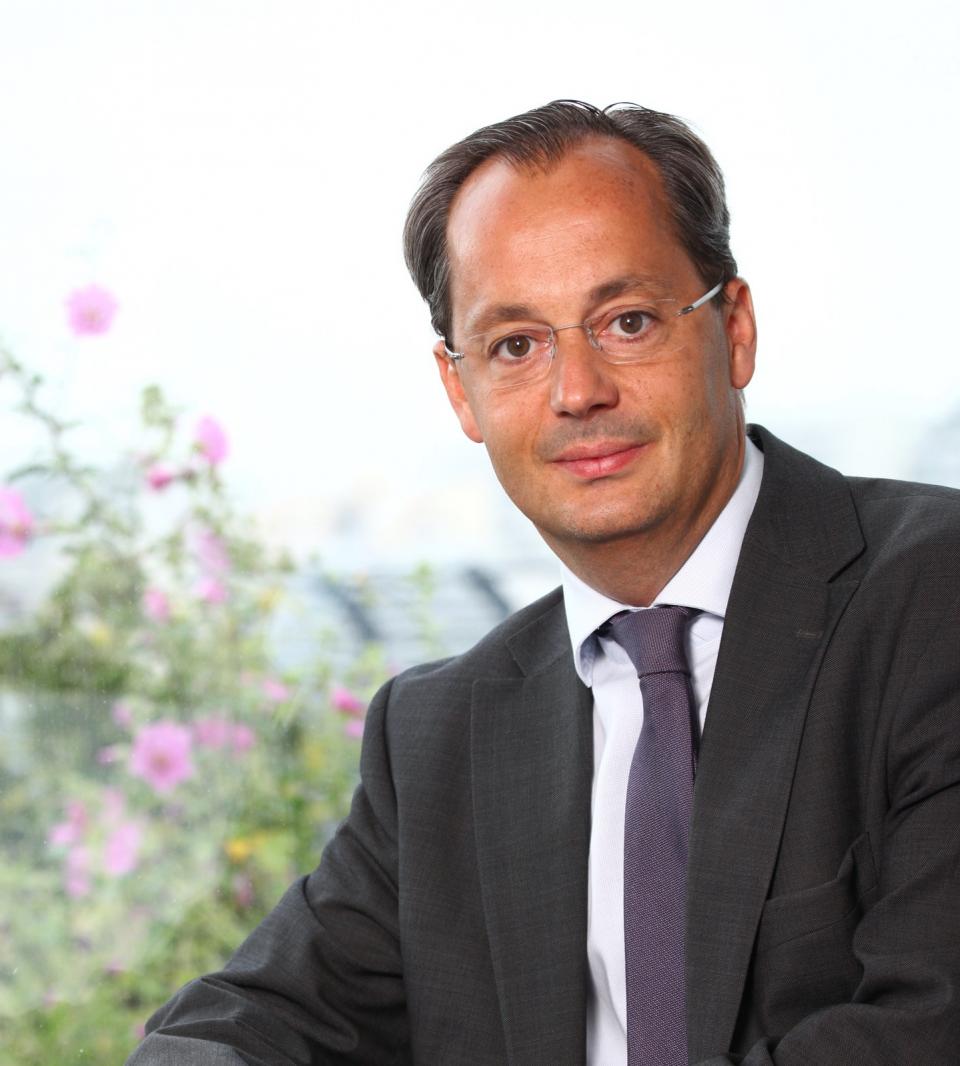 COVID-19 has altered the world, but it hasn’t stopped the steady march of renewable energy. In fact, during the pandemic the segment grew faster than in the past. The world added more than 260 gigawatts (GW) of renewable energy capacity in 2020, up nearly 50% from the previous year, according to the International Renewable Energy Agency (IRENA). “More than 80 per cent of all new electricity capacity added last year was renewable, with solar and wind accounting for 91 per cent of new renewables,” IRENA reported.

This is good news for the planet, but the energy transition to low-carbon sources of electricity involves much more than building new wind and solar farms. We need energy storage, for example, to soak up excess electricity on a sunny and windy Sunday, when supply exceeds demand. And we need a smart, flexible and resilient grid that can allow electricity flow in two directions — from power plants to homes and businesses, but also from rooftop solar panels back to the grid, among others. And what happens to power supply in a few years, when millions of motorists come home from work and plug in their EVs at the same time?

These questions have complex answers, and few people are better equipped to help provide them than Jérôme Pécresse, president and CEO of GE Renewable Energy. The GE unit makes onshore and offshore wind turbines, grid equipment, hydropower storage, battery hybrid systems and other technology. It also develops software that can help tie these systems together and include lower-carbon energy sources like natural gas and hydrogen to make sure people have power when they need it. “When you flip the light switch, the light must come on regardless of its power source because behind the scenes, a modern, reliable and resilient grid is in operation,” Pécresse writes in a LinkedIn post published last week. 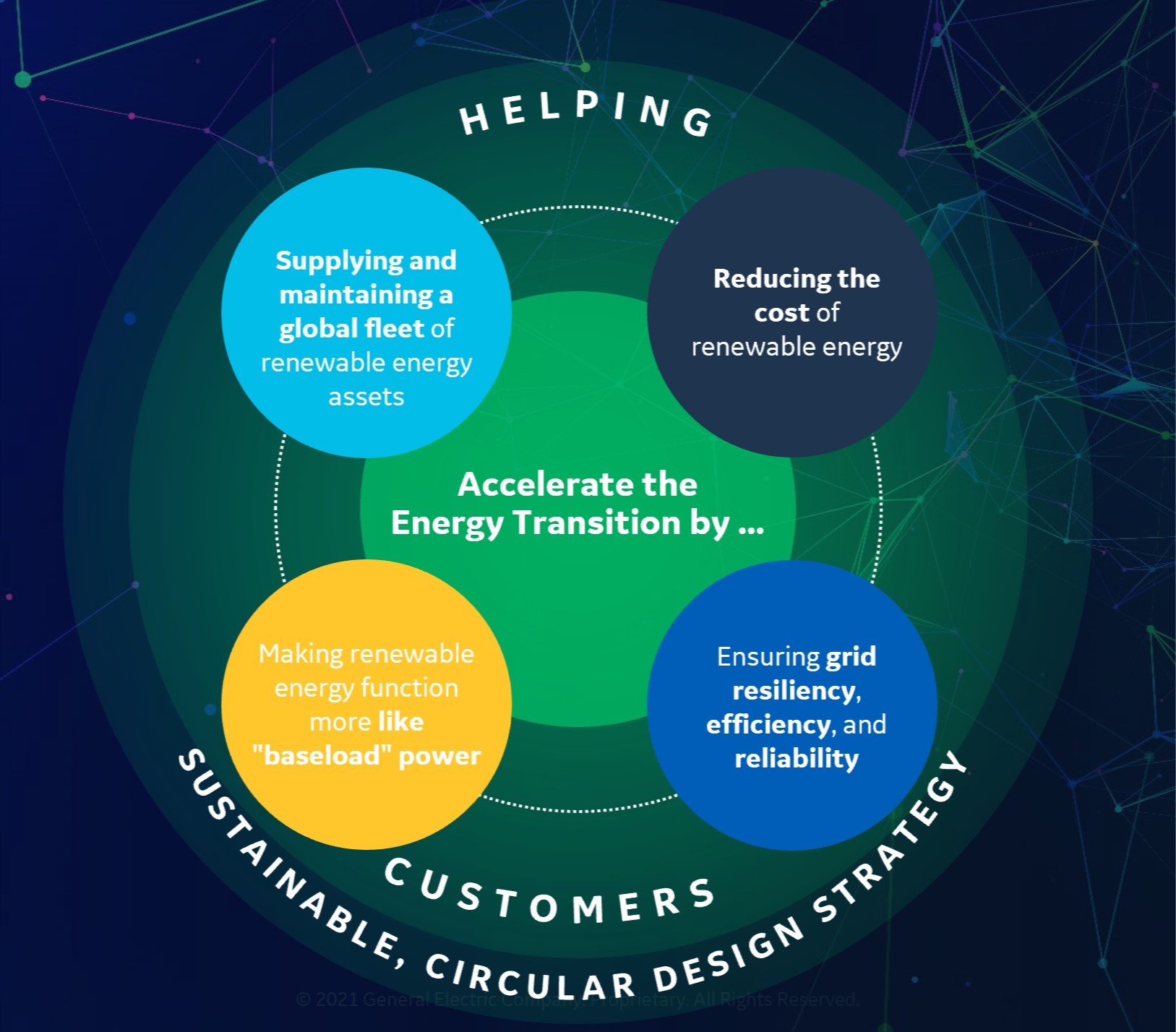 Pécresse covers a number of topics in his post: the energy transition itself, the technology and the things we need to do keep renewables marching on and lower their cost. He also talks about GE’s own commitment to sustainability and the company’s ambition to be net zero by 2050, including Scope 3 emissions from the use of sold products. “At GE Renewable Energy, we believe that the energy industry, policymakers, customers and consumers — working together — can accelerate the transition to a clean energy future and, in the process, enable a cleaner, better world,” Pécresse writes. “We are seeing every week examples of the dramatic impact of global warming on the planet and our lives. It is easy to get up in the morning to do what we do as I believe that renewable energy is one of the best industries to be in today and one where there is still a huge innovation potential ahead.”

Here’s a sample of the technologies Pécresse’s engineers are working on to help speed up the energy transition.

This Wind Turbine Will Blow You Away

GE’s Haliade-X offshore wind turbine was designed to evolve with the market, and evolve it has. The initial model produced 12 megawatts (MW) — and even at that level, a single rotation of the machine’s blades could generate enough power to supply the equivalent of one U.K. household for two days. But when GE Renewable Energy engineers tested a Haliade-X prototype, they found it could be optimized to produce 13 MW. Now an even more powerful version will be rated at 14 MW — and this machine has just been selected for Dogger Bank C, the 1.2 GW third phase of the U.K.’s Dogger Bank wind farm. (At its 13-MW rating, the Haliade-X had previously been selected for the first two phases of the project.) Set to be completed in 2026, Dogger Bank is projected to be the largest offshore wind installation in the world, with a planned installed generation capacity of 3.6 GW. The Haliade-X was also recently selected to power Vineyard Wind, an 800 MW farm off the coast of Massachusetts.

For more than a century, the electrical grid was a one-way street, with current traveling from power plants to consumers. But 20 years into the 21st century, it’s rapidly becoming more like a busy highway, with lots of on-ramps and off-ramps: The rise of the renewables age, with tech like rooftop solar, storage batteries and electric vehicles, is adding a new layer of complexity for grid operators. Vera Silva, chief technology officer of GE Renewable Energy’s Grid Solutions unit, says utilities must “operate the grid like a Swiss clock” — and that her business is there to help: “If you think about the transition to decarbonization, how do you convert that ambitious goal, in a way that keeps the grid rock-solid all the time, but deals with this rate of change?”

One answer is digital technology. That’s why Silva’s business is working to solve the challenge in partnership with GE Digital, GE’s software and analytics arm. During everyday operations, the grid generates a mammoth amount of data that can be mined for insights. Past outages and weather data, for instance, can help locate future spots of vulnerability during a storm — so utilities are prepared to speed up repairs and minimize downtime. The ultimate goal? An autonomous grid that can not only fix but actually predict problems on its own. “Our vision is that we will provide the technologies that enable the grid to continue to be highly reliable, but also resilient — so that it actually becomes even better-performing, more energy-efficient, and renewables-centric,” said Patrick Byrne, CEO of GE Digital. “That’s a tremendous technology opportunity and challenge for us to take [on].”

In the 19th century, the U.K. city of Manchester was a crucial part of the Industrial Revolution — but it’s an hour south, in Stafford, where one of the major revolutions of the 21st century is underway. Sitting in the shadows of an old Saxon castle, Stafford has quietly emerged as a key player in renewable energy technology, where engineers from more than 40 countries are working to slow climate change and increase the share of energy from clean and plentiful sources like wind and sunshine. Abundant as they may be, wind and sun need a clear path between where the electricity is produced and the homes and businesses where it’s needed. In Stafford, GE owns several factories and engineering facilities developing smart and sturdy technology for high-voltage direct current, or HVDC, power lines. HVDC isn’t a new mode of power transmission, but it’s gained fresh promise as operators attempt to integrate power into the grid from a diverse array of sources — say, an offshore wind farm in Europe’s North Sea or a hydropower plant in the Amazon basin.

One of the latest projects is Sofia, an offshore wind farm that will generate 1.4 GW off the coast of England when it comes online in the middle of the decade. GE Renewable Energy’s Grid Solutions division struck a deal last fall, together with Sembcorp Marine, to bring electricity onshore from Sofia through a 220-kilometer-long HVDC subsea cable.

Water World On Top Of Europe 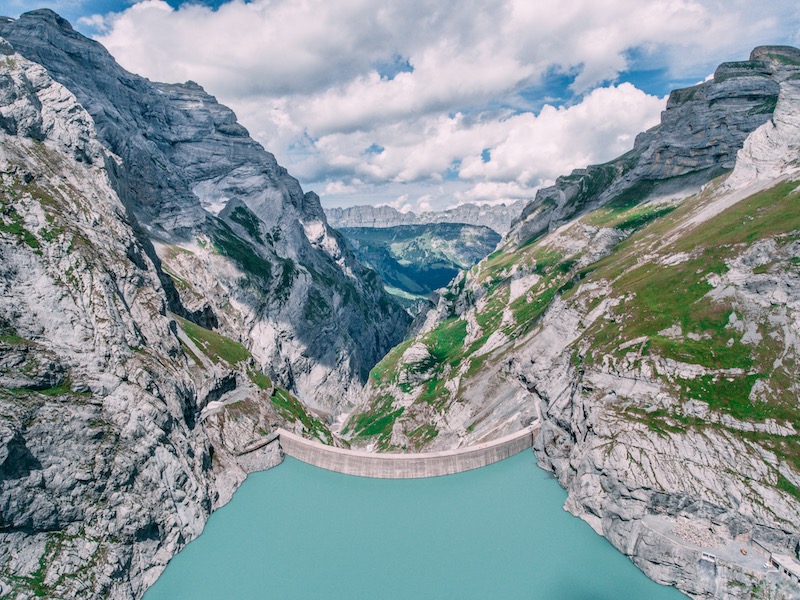 Alex Schwery is not intimidated by the sight of a big mountain. He grew up in the shadow of Switzerland’s Matterhorn and summited its pointy peak last year. So when GE Renewable Energy was tasked with developing the technology to run a huge 1 GW hydroelectric storage plant above the Alpine village of Linthal, Schwery was in just the right place. The chief consulting engineer at GE Renewable Energy’s Hydro Power unit was part of a team that designed four ingenious pump turbines to efficiently move water between two lakes separated by a 2,000-foot drop — close to twice the height of the Eiffel Tower — and use them to store enough energy to supply the equivalent of 1 million Swiss homes for more than one day.

The plant also helps the electrical grid. In order for the grid to operate, it must be perfectly balanced, with supply and demand closely matching. So when the grid has too much power, it can use electricity to pump water to the upper lake through a network of tunnels. When demand spikes, it reverses the process to get electricity by letting the water run downhill through the turbines. Because the GE motor-generators can be precisely controlled in response to demand, the technology can be as much a power-generation play as an economic one. “Pumped storage is the most efficient way to store a large amount of energy, and you can control it both ways,” Schwery says.

This Gas Is Greener 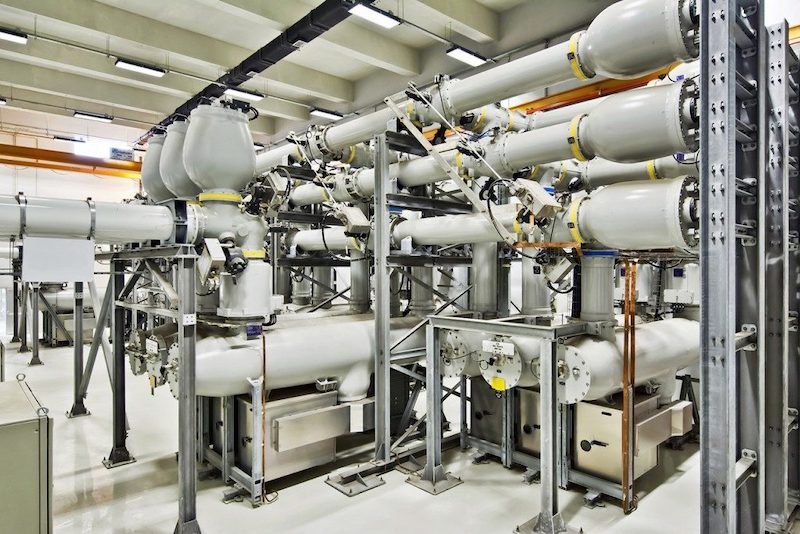 High-voltage electrical substations, those ubiquitous installations that adjust voltage up or down so that electrical power can travel over long distances, have for a half-century relied on a highly effective insulator and arc extinguisher that helps keep their size manageable. Trouble is, that insulator, a gas called sulfur hexafluoride (SF6), is also among the world’s most potent greenhouse gases — and it can linger in the atmosphere for millennia. Now for the good news: Last April, GE Renewable Energy’s Grid Solutions unit announced that it had signed a nonexclusive cross-licensing agreement with a competitor, Hitachi ABB Power Grids, to replace SF6 with more environmentally-friendly gas insulator alternatives, enabling utilities and industries to reduce their greenhouse gas emissions.

One alternative to SF6 is GE’s g³ gas (pronounced “g cubed”), an insulating and switching gas that reduces the global warming potential of SF6 by more than 99% while retaining the same insulating and switching qualities. It also allows electric substations to keep the same compact dimensions and performance as traditional SF6 equipment. The g³ gas is the result of more than a decade of research and development conducted by GE's Grid Solutions in collaboration with the 3M Company. “Utilities are becoming increasingly aware of their environmental footprint and the impact it has on their communities and the world around them,” says Heiner Markhoff, CEO of GE’s Grid Solutions. “Today’s landmark agreement reinforces our commitment to help our customers to reduce their greenhouse gas emissions.”