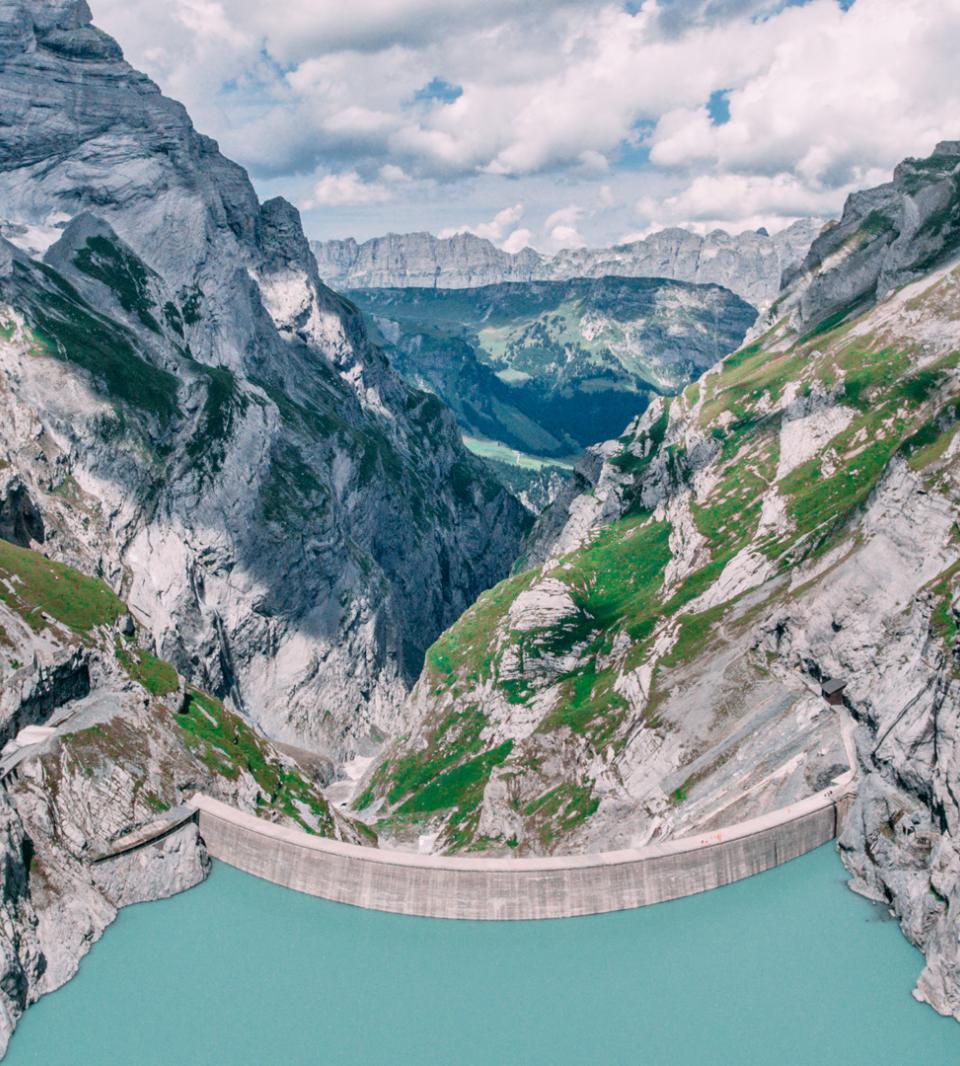 The enormous growth in renewable power in recent years has been helping decarbonize electricity grids around the world. But there remains a robust debate about the best way to store the energy produced by wind turbines and solar panels when demand is low, and use it when the wind doesn’t blow and the sun doesn’t shine.

One person looking for a solution is GE Renewable Energy’s David Havard. The senior product manager believes that one common approach — lithium-ion batteries — won’t be the only answer to the energy storage question. This conviction stems from a simple fact: Supply on the grid must always meet demand in order for the system to function without blackouts and brownouts. If you want batteries that can keep the grid in balance for hours at a time, you will need a lot of energy at your disposal, a lot more than typical lithium-ion storage can provide today.

Havard is a fan of the latest developments in an existing way to store massive amounts of energy known as pumped hydro storage, or PHS. The method uses excess electricity to pump water to a lake uphill when demand is low and then, when demand spikes, lets it run downhill through a power-generating turbine to a lower lake.

The technology is innovative, well proven and reliable, yet siting issues and a lack of adequate, equitable incentives have constrained its growth in certain markets such as the U.S. But many people are taking a second look. A new report commissioned by the U.S. Department of Energy and produced by GE Research asserts that the addition of PHS to a large grid with a high proportion of renewables can cut the total cost of annual electricity production on the network by tens of millions of dollars, while remaining a profitable proposition for power producers and project developers alike. And it reduces dependency on fossil-fuel plants to step in when demand rises and renewables can’t keep up, which can cut millions of tons of carbon emissions. 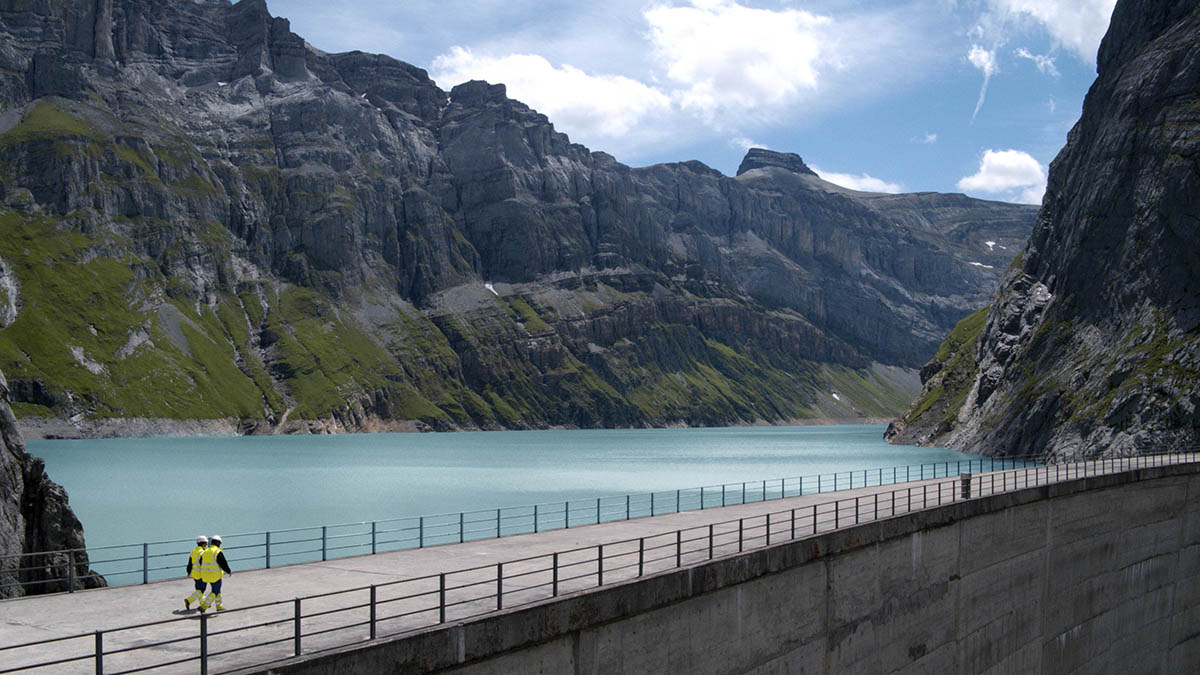 As a case study, the authors focused on the Western Interconnection, the massive renewables-heavy grid that serves 80 million people across 14 U.S. states, including California and Arizona, and parts of Canada. If the Western Interconnection continued large amounts of renewables, by beefing up its existing storage capacity with just a single, large-scale PHS plant in Arizona, the study said it would slash the whole grid’s generation costs by around 1.5%, or $182 million, in the single year 2028. “It’s an important finding,” Havard says, “because PHS plants simply won’t get built if the value is not identified and adequately compensated.”

“Unlike batteries, PHS absorbs all that excess energy from renewables, which avoids waste, and then it gives you long-term, reliable and flexible power dispatch,” he adds. Engineers at GE Renewable Energy built pumped storage units for a massive project in Linthal, Switzerland.  It is capable of quickly producing or absorbing 1 gigawatt (1,000 MW) of power, while storing up to 34 GWh of energy. “You cannot reasonably do that with traditional battery storage,” Alex Schwery, chief consulting engineer at GE Renewable Energy’s Hydro Power unit, told GE Reports. “It doesn’t work.”

Building a battery on top of the Alps is certainly extreme engineering. But there are few other options now. The scale and penetration of renewables on the grid makes smoothing over intermittency a herculean challenge. Consider California, where last year more than 33% of the state’s total generation came from renewable sources. Solar power production in California booms at lunchtime and peters out in the evening, when the sun sets and people turn on their lights. To cover the shortfall between demand and production, the state’s thermal plants, which mostly lie idle in the day, come online at dusk. While generators are using more battery energy storage, the lithium-ion cells alone aren’t sufficient to do the job, Havard says. GWh-scale storage is needed for durations beyond two or four hours. “While it has some existing PHS and batteries, California still ends up needing gas-fired plants to meet the early-morning and evening peaks,” he explains.

The study calculated that a single 500-MW PHS plant in California with eight hours of storage could reduce annual electricity production costs on the western grid by up to 0.5%, or $62 million. (That assumes the western grid is generating 50% of its annual energy from wind and solar by 2028, a scenario now looking more likely.) Those savings largely come from reduced curtailment (waste) of renewables and the reduced use of thermal plants to smooth over intermittency. “That maybe does not sound like much, but we’re talking about fractions of enormous numbers,” Havard says.

Havard and his colleagues firmed up the economic case for the technology by harnessing GE Energy Consulting’s grid simulation software with publicly available data. The authors,  including experts from GE Research, GE Energy Consulting and GE Renewables, drilled down about every aspect of the western grid: future installed capacity in the desert Southwest, seasonality in California, expected plant retirements, price elasticity in Arizona and so on.

Havard calls the new report a “must-read” for public utility commissions, utilities and regional planning organizations in the U.S. and beyond. “It’s no good just thinking about today,” he says. “PSH takes a long time to build, and the U.S. is already at 20% renewable generation. We’re talking about 30%, 40% and even 50% in coming years, so we need to look five or ten years over the horizon and see what that looks like.”