The U.S. Navy’s Blue Angels flight demonstration team was established with a big goal in mind: to put on a good show. The year was 1946 and, with World War II over, Chief of Naval Operations Chester Nimitz was looking for ways to maintain public interest in naval aviation. He envisioned a corps of expert pilots performing deft combat maneuvers while admiring crowds watched from the ground. The very first team debuted in June 1946 in Jacksonville, Florida, and today the Blue Angels continue to keep up a busy schedule, performing at air shows across the country throughout the year.

Earlier in November, members of the squadron took to the skies over the Sunshine State to mark another milestone. It was their final flight in the McDonnell Douglas F/A-18 Hornet, which the Blue Angels have flown for 34 years — making that aircraft the longest-serving Blue Angels jet.

Powered by GE’s versatile F404 jet engine, the lightweight, carrier-capable Hornet has had a remarkable run with the U.S. Navy, Marine Corps and allied forces abroad. And although the Navy retired its last Hornet from operational service in 2019, the Marines continue to rely on the plane today. These days the F/A-18 is known as the “legacy” Hornet. 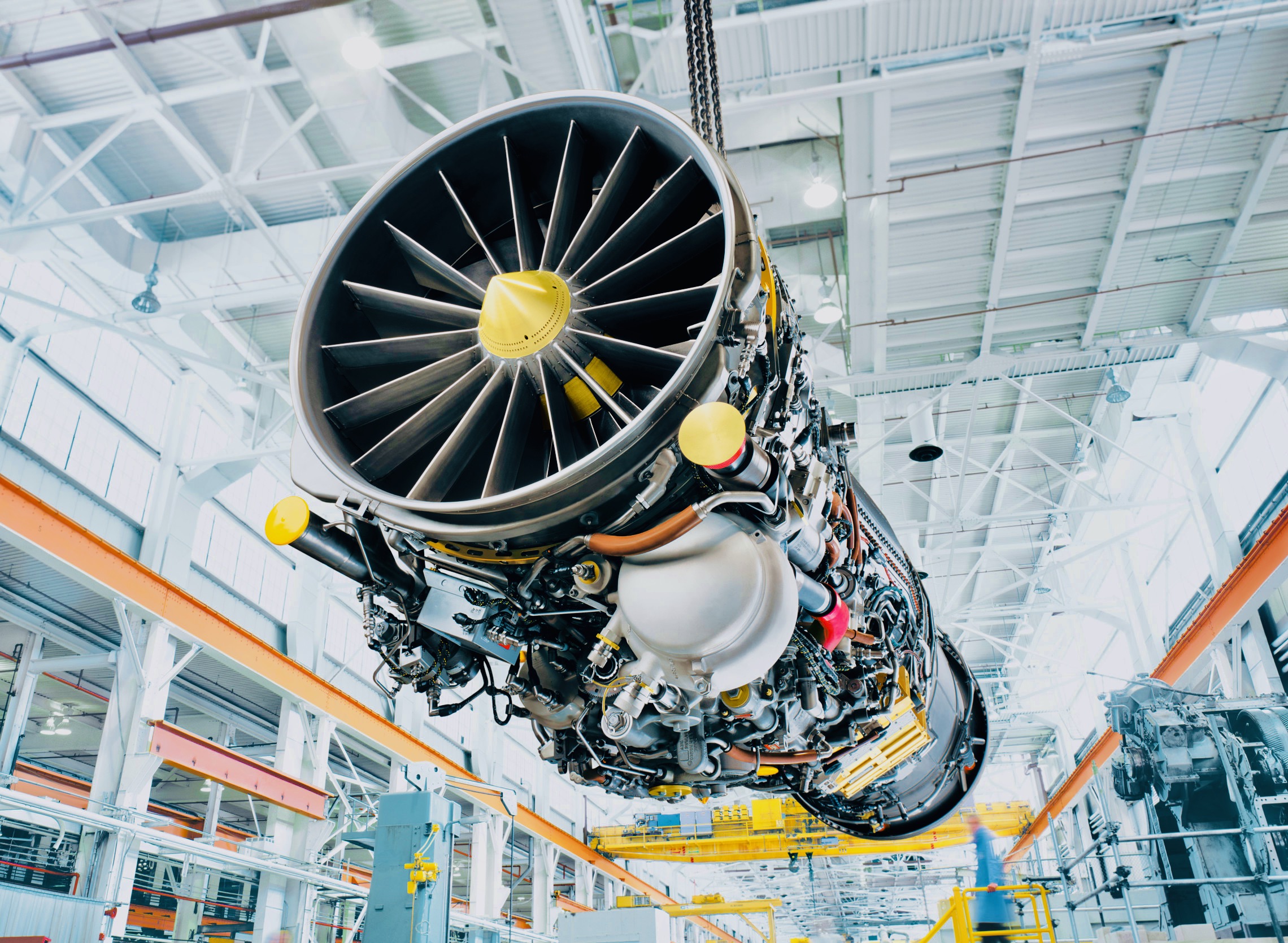 The F404 engine also is well-traveled, powering planes including Lockheed Martin’s F-117A Nighthawk and Saab’s JAS 39 Gripen. The latest version, the F404-GE-103, was recently chosen to power the U.S. Air Force’s next generation of training jets.

And while the Blue Angels will hit the skies in April 2021 in a shiny new aircraft — Boeing’s F/A-18 E/F Super Hornet — some things remain constant: That plane, too, will sport a GE engine, in this case an F414. A testament to the power of a long partnership, the Super Hornet will be the third Blue Angels aircraft operating with GE thrust. Prior to the retiring legacy Hornets, the Blue Angels operated the J79-powered F-4J Phantom II from 1969 to 1974.

First deployed in combat operations aboard the USS Abraham Lincoln in 2002, the Super Hornet remains the backbone of the U.S. Navy carrier-based fleet today. Offering 22,000 pounds of thrust per engine, the GE F414 powers Super Hornets, the EA-18G Growler electronic warfare aircraft (a Super Hornet variant), and several international fighter and experimental programs. “The F414-powered Super Hornets folks see in action during Blue Angels shows next spring will make for a spectacular show, and we’re excited to continue being the propulsion behind this special team,” said Scott Snyder, director of GE’s F404/F414 U.S. Navy program.

The Blue Angels’ home base remains in Florida, and that’s where the team’s pilots will show off their new wings in a show in Jacksonville on April 11. Then they’ll embark on the air show circuit — find out here if they’ll be hitting an airfield near you. 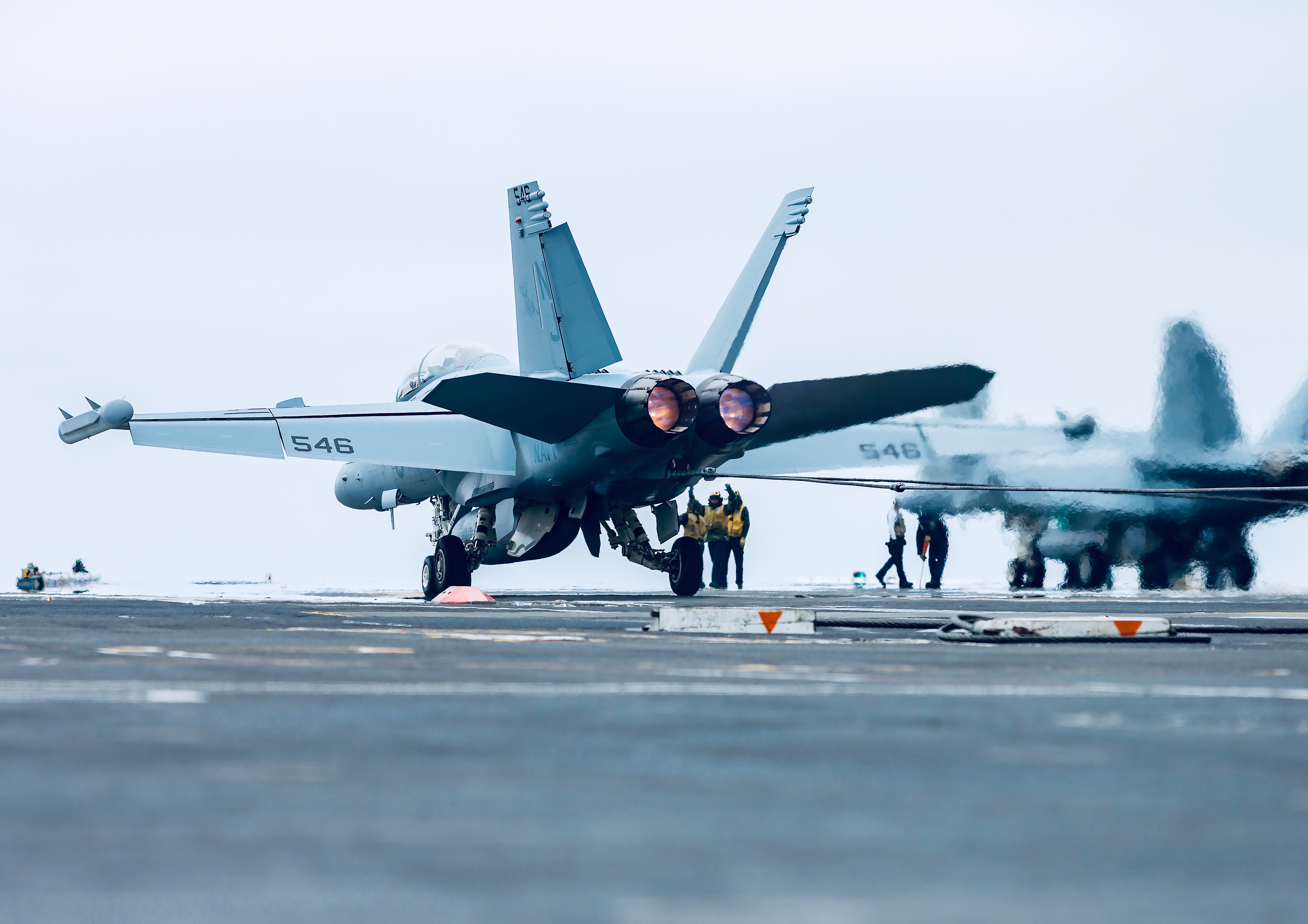 A version of this story originally appeared on GE Aviation’s blog.