Metamorphosis: A Versatile Jet Engine Is Ready For Its Next Act

Speaking at a Pentagon news conference in 1988, Assistant Secretary of Defense J. Daniel Howard famously held up a single grainy photo of a stealthy aircraft. The picture officially confirmed the existence of Lockheed Martin’s F-117A Nighthawk, a jet that was until then the subject of widespread speculation

Concealed within the F-117 were two GE engines, the F404-GE-F1D2. The U.S. Navy in 1975 originally selected the engine to power the F/A-18 Hornet. But it also made an ideal candidate for the F-117.  The engine was affordable, lightweight and offered ample thrust for the stealthy plane. As a result, a small number of F404s destined for U.S. Navy's F/A-18s were strategically plucked from the assembly line at GE Aviation' plant in Lynn, Massachusetts, subjected to special modifications, and rerouted to Burbank, California, where Lockheed Martin was building F-117s under wraps.

Despite the F404 being capable of supersonic propulsion, as demonstrated on the Hornet, the Nighthawk was notably restricted to subsonic speeds — the afterburners required to break the sound barrier would negate the aircraft’s stealth properties. GE engineers helped design the F-117’s unique exhaust to diffuse the hot air leaving the engine and help evade both radar and heat-seeking missiles. 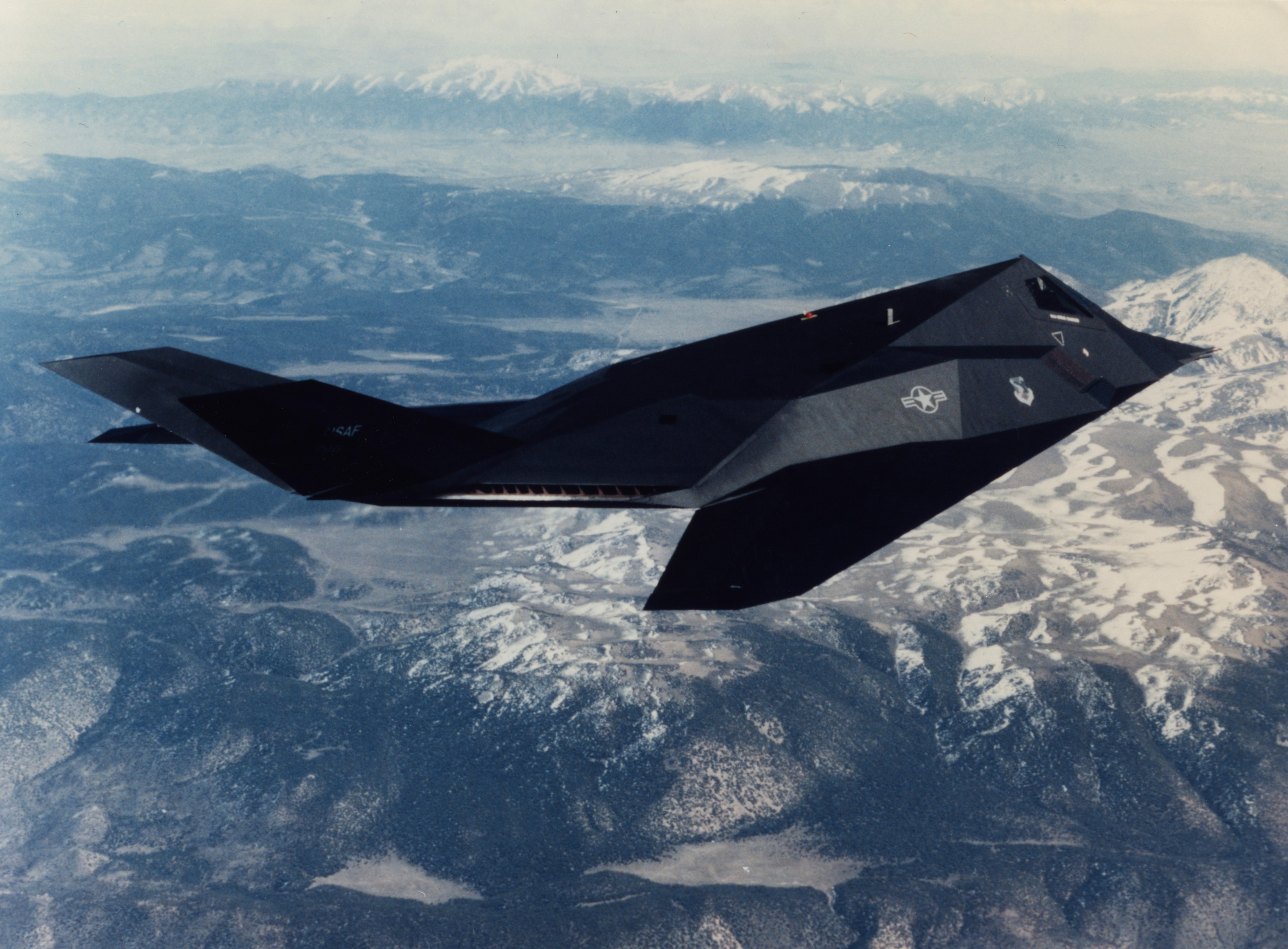 With all these modifications, the F404 gained a one-word reputation: versatile.

In the more than 40 years of the F404 program’s life, variants of the engine have powered 15 different production and prototype aircraft.  Besides the Nighthawk and the  Hornet, the list includes KAI’s T-50 Golden Eagle, HAL’s Tejas Mk1 and Saab’s JAS 39 Gripen continue to perform with F404 power today.

Some remarkable prototypes also went through their paces with the F404. Grumman’s forward-swept wing X-29 completed 437 flights between 1984 and 1992. Northrop’s successor to its F-5 Tiger, the F-20 Tigershark, was a fan favorite, but failed to attract customers before the program was mothballed. Two Rockwell/MBB X-31 prototypes were tested from the early- to mid-1990s to study thrust vectoring.

It’s a strong history of performance, but don’t let it fool you: The F404 is anything but an “old” engine.

Its newest variant, the F404-GE-103, has been chosen to power the Boeing/Saab T-7A Red Hawk trainer jet and carry the next generation of U.S. Air Force pilots through a rigorous flight training program. This new application is poised to keep these engines in the sky well into the future. 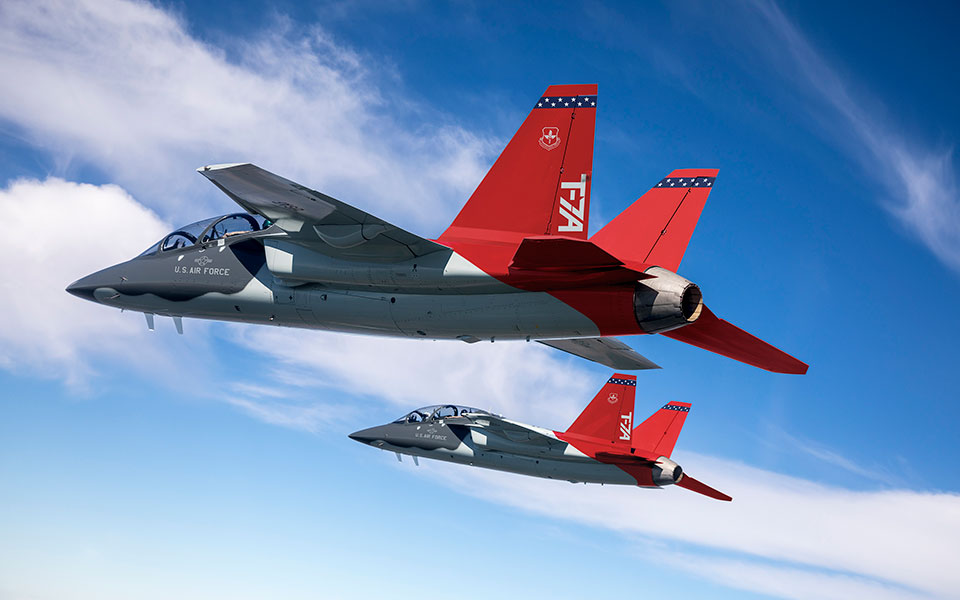 GE Aviation employees Adam Donofrio, Justin Woodfall and Josh Siegel work daily with the new engine. “We’ve demonstrated the ability to integrate this engine into all different types of aircraft with different inlets and different exhaust systems,” Donofrio, the T-7A product director, says. “Back at the start of the F404 program, the engineering team designed and pushed this engine to the limits. That’s set us up for success today, where, for example, with the T-X competition, we were well-positioned based on decades of knowledge and experience in this thrust class.” 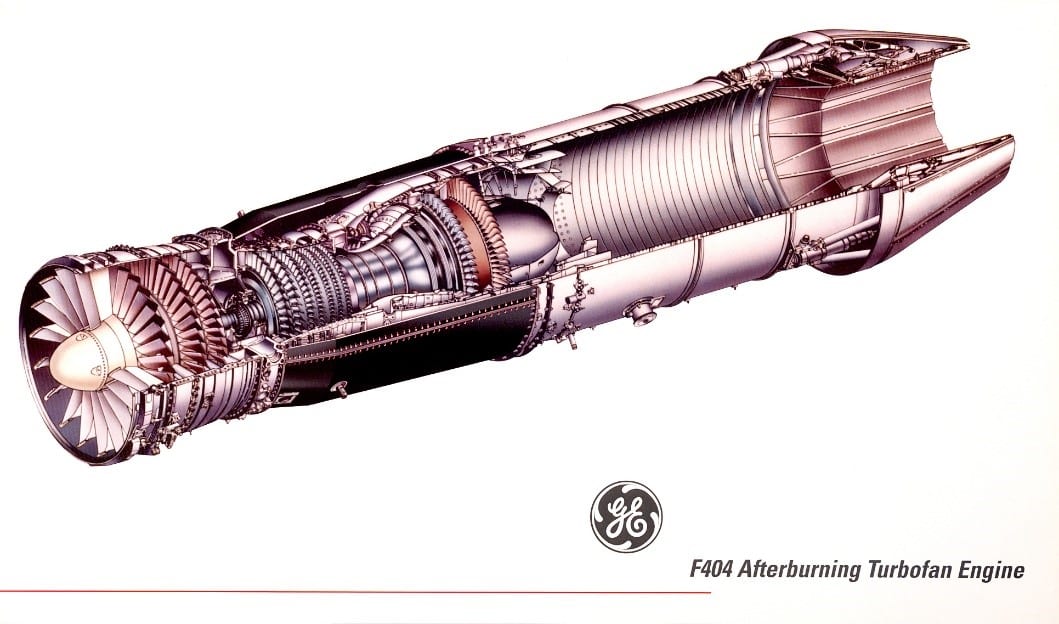 Woodfall, GE’s T-7A engineering platform leader, highlighted the engine's modernization and single engine safety features, including its full authority digital engine control (FADEC), as key differentiators in the engine’s performance. The FADEC, for example, allows for an assortment of benefits, namely advanced engine health monitoring and enhanced engine diagnostics. “Previous F404 variants did not require or have as much digital capability,” Woodfall said. “We’re excited how we can use this FADEC capability and modernization to provide the U.S. Air Force with advanced digital health monitoring, which aligns with requirements for the fighters of the future.”

Another huge consideration for the customer is maintenance, Siegel, the T-7A program manager, said. Maintainability can allow engines to remain operable for extended periods of time. Take, for instance, the T-7A’s predecessor and one of the Air Force’s current trainers, the T-38C Talon. The T-38, powered by GE’s J85 engine, took its first flight in 1959 — more than 60 years ago. “That longevity can’t happen without maintainability,” Siegel noted. “Another benefit with the F404, is its modular design which gives operators additional maintenance flexibility, lower maintenance costs and better time-on-wing.” 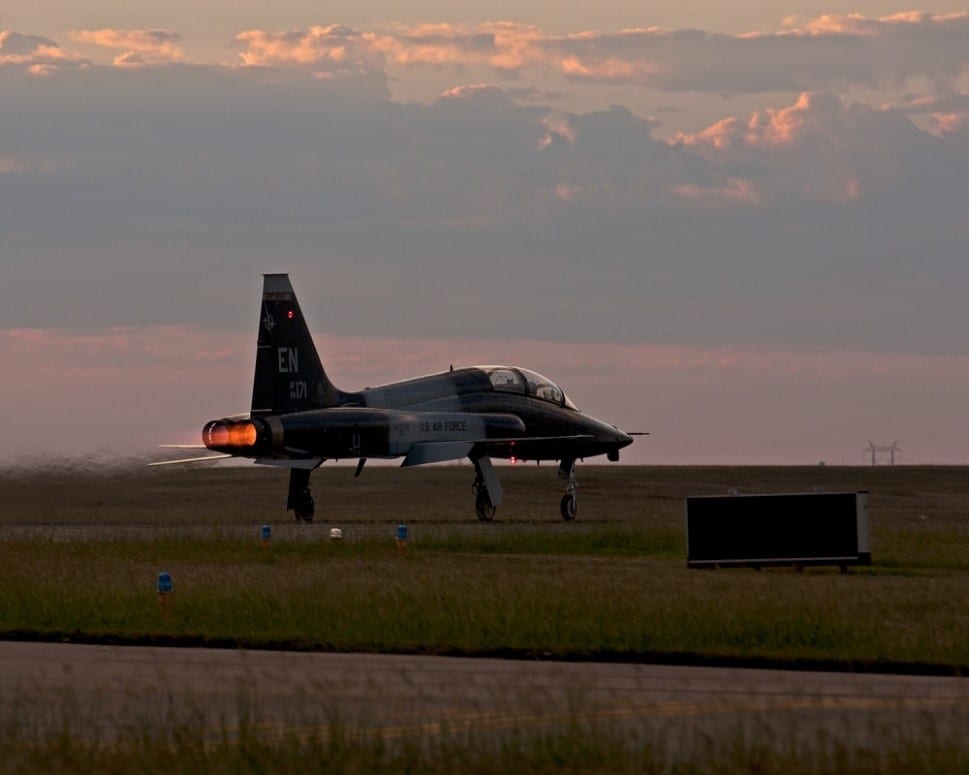 The new engine is currently part of the T-7A flight test campaign. It’s a rigorous process, but nothing the F404 hasn’t seen before. “We have 40 years’ experience telling us the engine will perform. It’s the integration with the airframe that we’re really focused on during flight tests,” Donofrio said. “We want to make sure the engine and airframe are completely in sync.”

It’s been on display, too. Boeing has recently highlighted both a single-engine air start and inverted flight maneuvering to push the trainer to its limits.

It will be several years before the T-7A officially begins replacing the T-38 in U.S. Air Force training squadrons. But Donofrio, Woodfall, Siegel and the F404 team know every day spent improving this product is worth it.

“There’s really an opportunity here to repeat what we did with the J85,” Donofrio said. “That engine-airframe combination has been around for 60 years, and I think we’d be thrilled with another 60 with this F404. We’re really excited about how this engine will perform as it powers future generations of Air Force fighter pilots through training.”