Lean And The Art Of Gas Turbine Maintenance: How Lean Management Helps Keep The Lights On 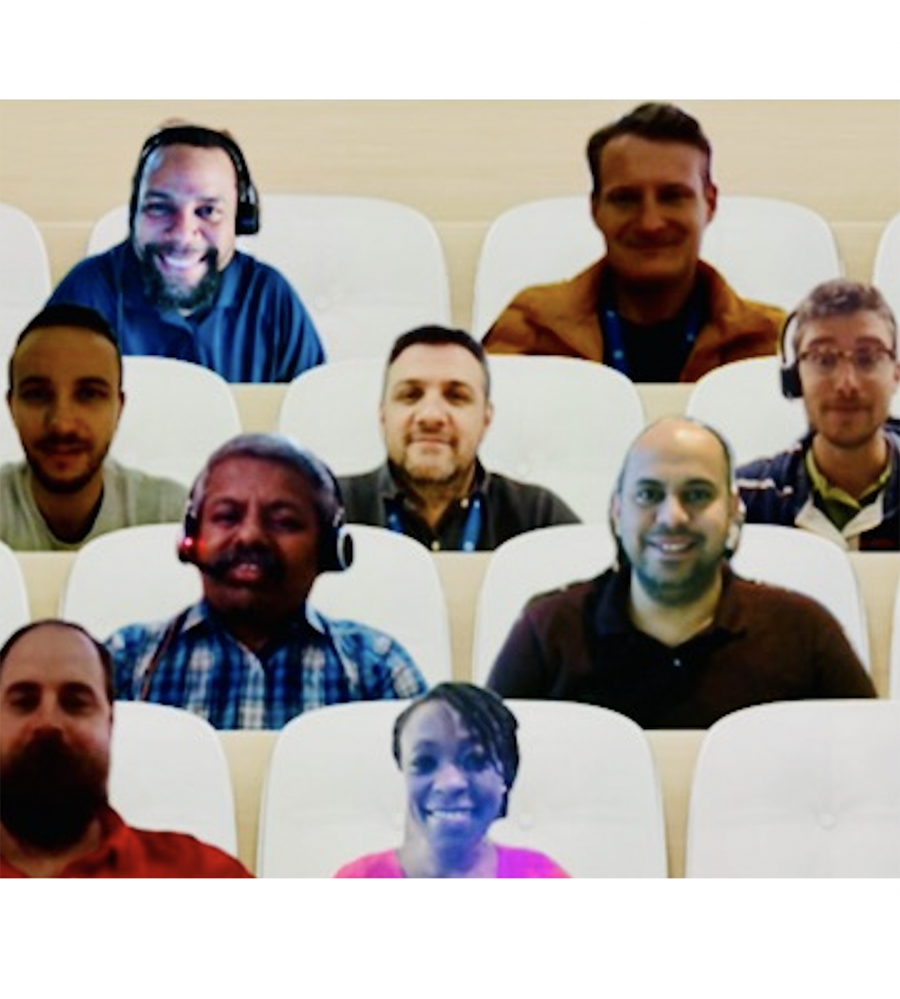 Ezra Laurent is a mechanical engineer, but he likes to think like a sports coach. “I’m always asking questions,” he says. “What can we do better? How can we change things? Who are our best performers? What can we do differently?” But Laurent isn’t seeking to get an edge from elite athletes. He and his team are working to get the very best out of another group of powerful performers: a fleet of GE’s gas turbines that generate electricity for people around the world.

Laurent, a director of global field services at FieldCore, the GE-owned service and maintenance subsidiary, specializes in lean management. He fixates on one particular number: the sum of hours a gas turbine is offline during routine maintenance. Every minute the machine isn’t generating electricity not only costs money, but it could lead to disruptions in power supply. Idling one GE 7F gas turbine, which can produce up to 769 megawatts (MW) in a combined cycle, could translate into tens of thousands of dollars in lost revenue for the power producer every hour. “It’s all about improving execution for outages,” says Laurent, who joined GE 20 years ago.

Using lean, they were able to cut those hours nearly by half in just a few weeks while making the process safer for everyone involved. 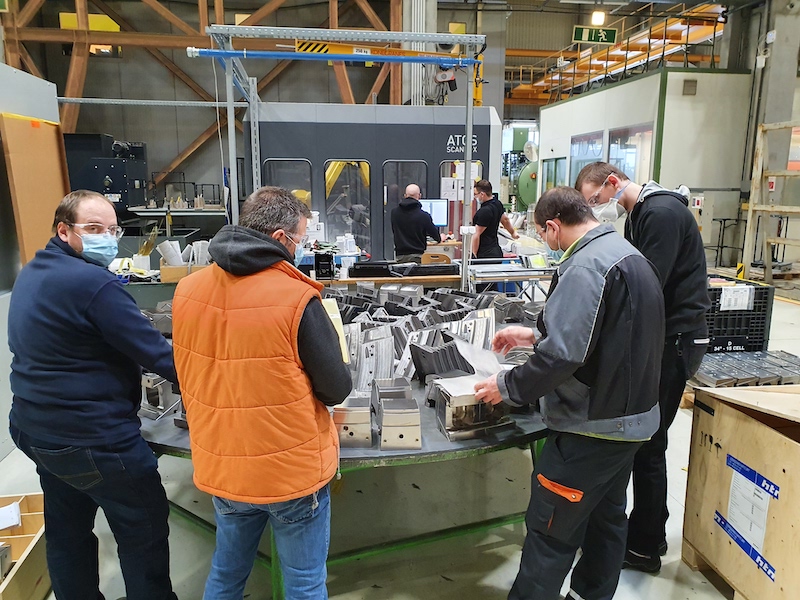 What The Doctor Ordered

Just like cars and humans, heavy-duty gas turbines need a regular health check to ensure that they are in top shape. This mission has become all the more relevant as more and more megawatts from weather-dependent renewable sources like wind and solar keep coming online. When the wind stops blowing, gas plants need to quickly step up and pick up the slack to make sure that customers don’t lose power. Field service crews have to move quickly and finish maintenance on schedule to prevent onerous unplanned outages and costs. And that’s where lean management comes in.

Lean is a powerful tool at the core of GE’s transformation. Adapted from Japan in the 20th century, the lean business philosophy revolves around the idea of continuous improvement. Over the past half century, it has produced remarkable results in American corporations. All GE businesses have been using it to improve their factories, accounting, inventory and services, and many other operations.

Bob Karl, who has been using lean to improve services and inventory at GE Renewable Energy, says that lean is common sense applied “in such a way that it’s rigorous, there’s a process, and there is a road map that you follow. You know, some people get scared of lean and they say, ‘Well, it’s just another gimmick, it’s another initiative.’ But honestly, what I tell the team and what I remind myself is that this is a way to get at untapped potential in your organization that you never knew existed.” A gas turbine that weighs thousands of pounds and includes hundreds of parts certainly holds a lot of potential. Finding it, though, is no simple task. “This means going down all the way to the nuts and bolts,” Laurent says.

Learning where to look and finding the hidden causes of delays and inefficiencies is one of lean’s core strengths. When the team at FieldCore applied lean to its process and used it to root out the causes of delays, it soon hit on a surprising culprit jamming down the process. It has to do with the heavy metal shields — called shrouds in the industry — that protect the turbine’s precise blades and other rotating parts. The problem wasn’t the shrouds themselves — the design was solid — but the long hours engineers and mechanics spent taking the old parts out and swapping the new ones in.

Getting Better All The Time

The team did it by holding a kaizen, a lean workout that all GE business units are using to improve their operations. The word kaizen means “continuous improvement” in Japanese, and kaizen workouts typically involve several days of intense, in-person problem-solving. They bring together participants deeply familiar with the topic at hand and outsiders who can introduce fresh thinking into the mix. The first step often involves drawing a “value-stream map” of the process they are trying to improve.

But the team also had to solve another problem: the pandemic. With travel restrictions in place and the group scattered around the world, the event had to be moved online. “We had to bring imagination to life in a very unconventional way,” explains Funmi-Lola Ajayi, North America Region fulfillment leader at GE, who is based in Atlanta.

Over two weeks in January, workers from FieldCore, GE Gas Power’s manufacturing facility in Hungary, and technicians from its repair and service center in Greenville, South Carolina, looked for causes of delays while trying not to interrupt one another on their computer screens. “We started looking at what we can do to improve how we actually present new hardware at the site,” Laurent says. “Then we drilled down into each component and asked ourselves, ‘What can we do for this one? What can we do for that?’” 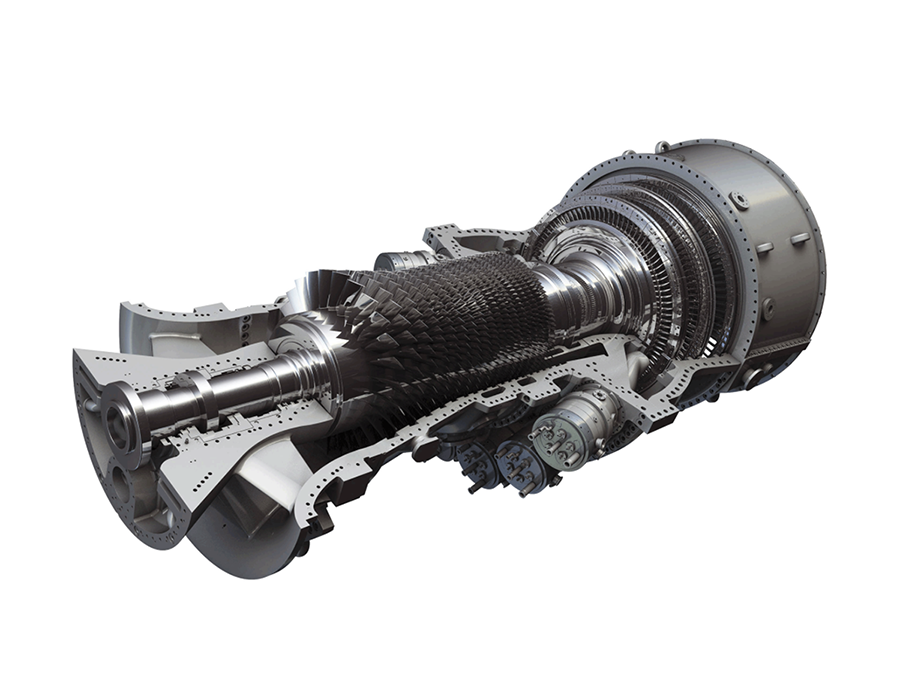 Shroud, Shroud, Let It All Out

The shroud soon made it to the top of the team’s list. It typically takes about 25 hours to replace a shroud, Laurent says. But lean allowed the team to see that on average it spent 14 of those 25 hours packing and unpacking the heavy components in and out of the crates.

But why did it take so long? Digging deeper, the team began to untangle the shroud’s entire journey. It turned out to be more like an odyssey.

The journey begins “shop-side” in the factory or service center. There, technicians load new shroud blocks onto a wooden pallet and haul it by a forklift to another location, where workers transfer the blocks by hand to wooden crates — 16 shroud blocks per crate.

One shroud block weighs 60 pounds, and when they arrive at the power plant, FieldCore crews pop the crates open, take the blocks out, attach heat-trapping metallic or metallic cloth seals on them and bevel the seals with a special die grinder. “We used to do this wherever the customer gave us some room,” Laurent says. “It could be a gravel parking lot, a warehouse or a covered area.”

The workers then assemble the shiny new blocks on another wooden pallet and forklift them to the turbine. But before they can install them, the team must remove the old shroud blocks from the turbine, place them on a spare pallet and, eventually, load them back into the empty crate. Now consider that GE’s 7F turbines have 116 shroud blocks split between their three main sections. “The gas turbine is also at a height of about two stories,” says Laurent. “It’s heavy manual labor, with multiple lifts.”

With the value-stream map now on its computers, the team started looking for ways to cut out waste and make the journey shorter. At a pre-pandemic kaizen, this involved a sea of Post-it notes with ideas attached to a wall, and fervent discussions about what should go where. Once again, the team had to make sense of it from their homes. “We knew we had to develop something that made it easier and safer to lift shrouds,” says Laurent. “The service center guys are doing this all day long.”

The participants used a special lean matrix that allowed them to visualize which operations were adding value. They saw that packing and unpacking the heavy wooden crate was causing pain. But they also observed that a nifty design change proposed early in the kaizen by Abdel Rahman Elkhatib, operations lean director for the Americas at FieldCore, could help them move in the right direction. The design relied on a simple stroke of design genius: The crates would be double-sided, like egg cartons, contain specially numbered compartments and hold just eight blocks instead of 16. “We wanted to have a solution where the box coming in would be the same as the box leaving,” Elkhatib says.

At this point, Ajayi remembers, it became challenging to strip the emotion out of discussions. “[It felt like] FieldCore had walked in with a concept that was born in the field, and they had to sell it to the upstream” — that is, shop-side — “teams,” she says. But the matrix helped all the kaizen participants see where the value was. “We saw the factory and service center teams actually pivot back to Elkhatib’s original concept,” Ajayi adds.

The participants also hit upon other changes: They would use special handheld cranes to lift the shroud blocks and reduce physical labor. They would also install the seals at the GE facility prior to shipping rather than out in the field. “It’s a standard, repeatable process with no variability,” Laurent says.

With a plan in hand, the group built the new crates, ordered the cranes and tested them out.

It worked. The group cut the time it takes to replace shrouds nearly by half — from 25 hours to 13 hours — because the new crate design doubles up for inbound and outbound components. The new cranes also help alleviate repetitive strain. “The result is a safer and more efficient shop and site for GE, and less costly downtime for the power producers,” Laurent says.

The kaizen required considerable patience, humility and transparency on both sides of the Atlantic, notes Elkhatib, but he says GE technicians and customers everywhere will reap the rewards. “This isn’t just about the U.S. and North America,” he says. “It leads to lean work being standardized across the board. Somebody will now be doing the same shroud preparation in Saudi Arabia, South Korea or Japan.”

“It was cross-value chain collaboration in action,” Ajayi says. “It was a beautiful thing to watch.”