Got Capacity? An Inside Look At The Tech Helping Oregon’s Hospitals Track ICU Beds During COVID And Beyond 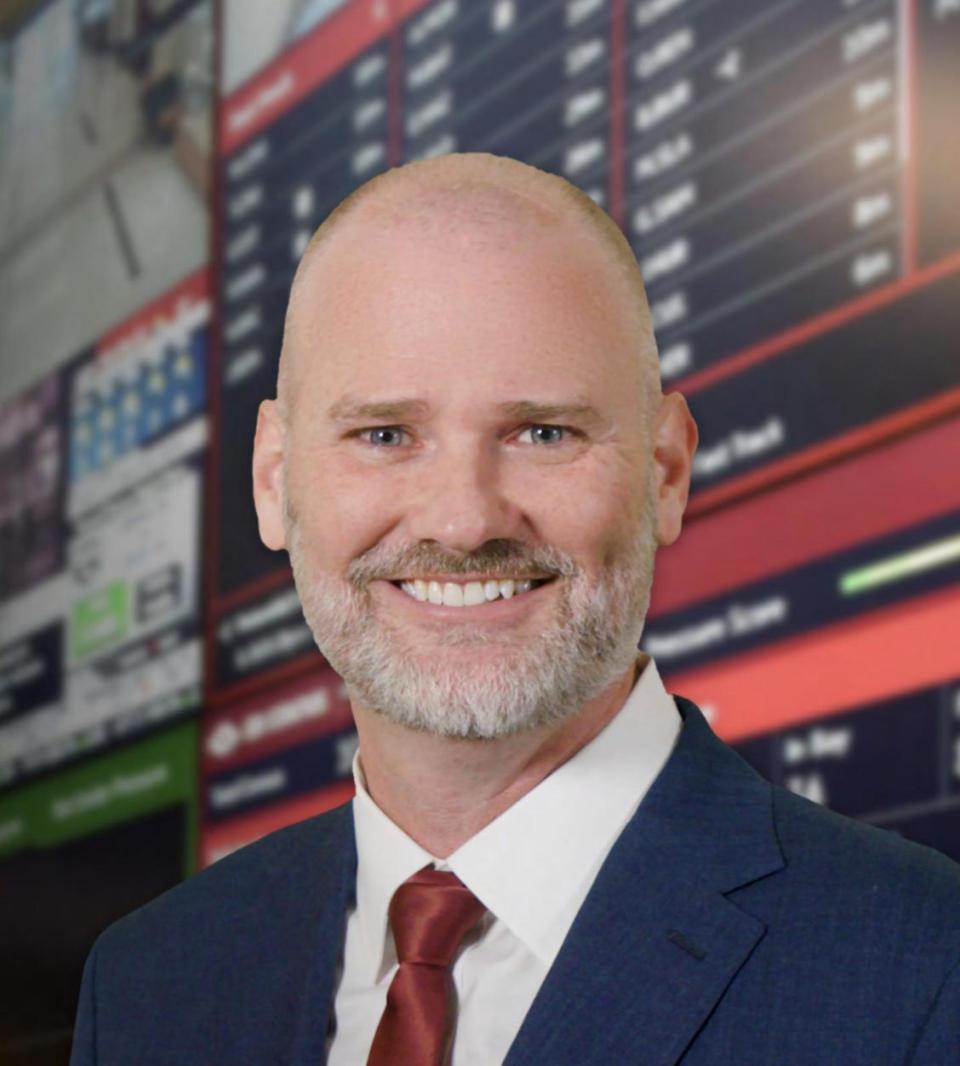 Oregon has been a relative bright spot when it comes to fighting COVID-19. As of October 2021, the state has some of the lowest case and death rates in the country. Like other places, it has implemented mask and social distancing mandates, but Oregon’s hospitals have also harnessed cutting-edge technology to better allocate lifesaving resources to critically ill patients. Since April 2020, some 65 Oregon hospitals — accounting for about 90% of the state’s beds — have been using software called the Oregon Care System (OCS) to match patients with required medical resources such as ICUs, ventilators and negative pressure beds.

That system corralled 4.2 million data points per day from the state’s hospital networks, updating once every five minutes with fresh intelligence about admissions, patient movements, nursing flows, ventilator usage and bed requests. When algorithms went to work on this data, Oregon’s clinicians were able to see those key metrics and use them to make quicker, more informed operational decisions.

Now, with that system expanding to new uses statewide, GE Reports spoke to Jeff Terry (pictured above), who leads Clinical Command Centers, the GE Healthcare unit that developed the software.

GE Reports: Can you give us an idea of what the expanded Oregon Care System (OCS) will look like?

Jeff Terry: The first version of the OCS tracked and flagged the availability of ICUs, negative pressure beds and ventilators across the entire state. But we’re updating the system to cover around 15 different bed types: psychiatric, rehabilitation, medical-surgical, progressive care, neonatal intensive care, pediatric and more. That will give us a common understanding of how many beds are staffed at any given time, and the percentage of beds that are occupied at any given time, or the “inpatient utilization rate.”

GER: Why is that number important?

JT: It’s very closely tied to a hospital’s bottom line. Most hospitals are trying to push their utilization rates higher to take the costs out of healthcare. In fact, the average major hospital in a large city has probably seen 90%-plus midday occupancy over the past ten years. This can result in newspaper headlines that make it seem like the facilities are almost overwhelmed, which isn’t really the case. In fact, a 99% utilization rate at midday isn’t news, but 99% at midnight could be news. 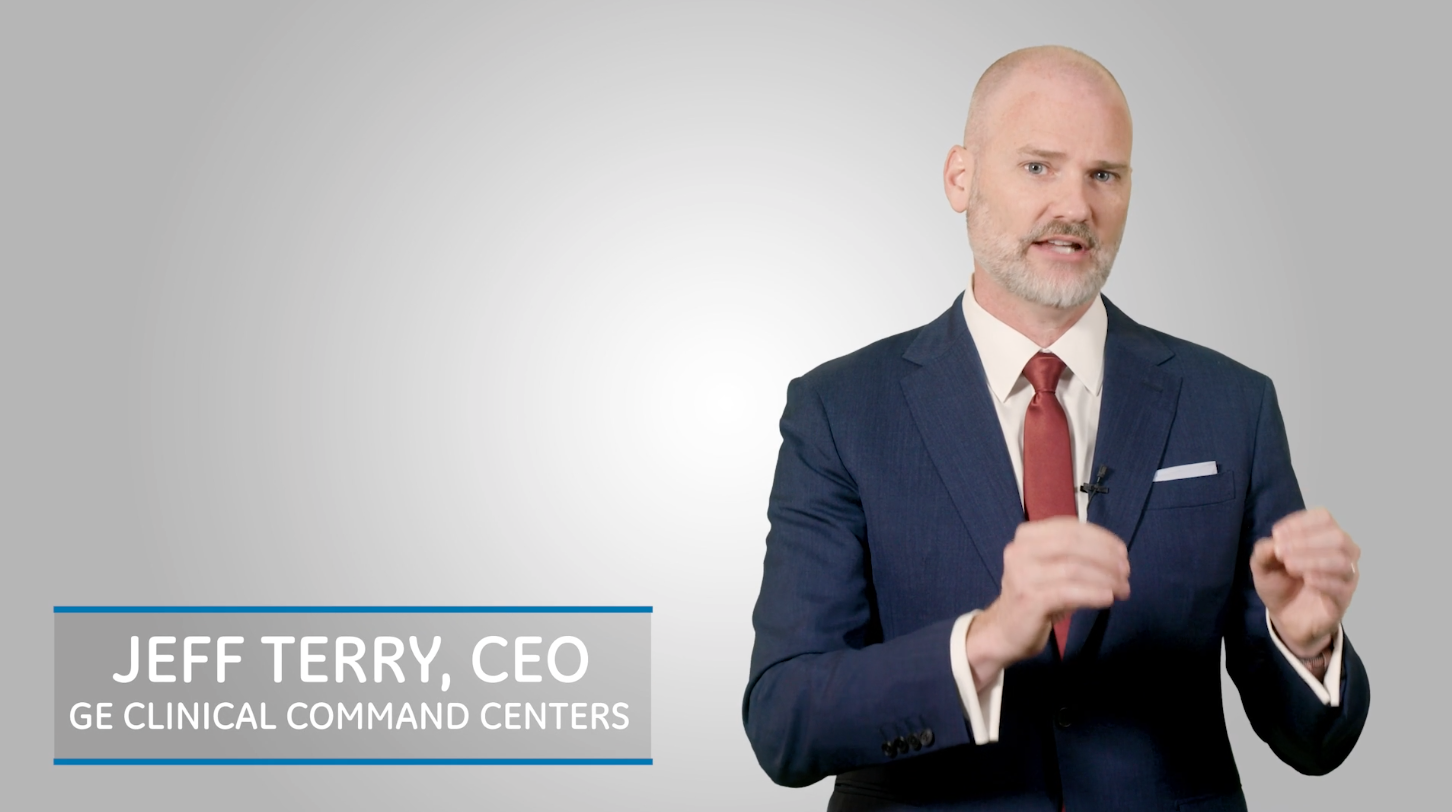 GER: What is the difference between the two numbers?

JT: Like anything else in life, hospital capacity has its own complexities, and the data hasn’t existed to really be as informative as everyone would like it to be. Let me start with the first question: How full is your hospital? The CEO of the hospital will know, but very few other people really know. And if you ask “How full are the hospitals in my region?” nobody knows the answer to that question. It’s unknown. By the time you’re reading about it, you have a picture of something that was true several days ago. Our system was designed to change that.

GER: But why is 90%-plus midday occupancy good, and the same number in the middle of the night news?

JT: When someone says the hospitals are at 98% occupancy, there are two things you need to know about that number: How busy is 98%, and when did you measure it? If you are 98% at noon, that actually may not be very high, because you may be discharging patients and will have empty beds. But if you are 98% at midnight, that’s very high.

GER: So how is GE Healthcare helping hospitals to manage the capacity rate?

JT: We understand the dynamics of that number pretty well. If hospitals want to keep taking the costs out of the system, they’ll need to move the red line, or “sweet spot,” of inpatient utilization upward. And that’s what GE Healthcare has helped hospitals do over the past decade. We’ve helped them move their midnight rates up from about 85% to 90%, and their noontime rates from 95% to 99%.

GER: What kind of new data are you collecting that helps you do this?

JT: The first version of the OCS collected around 7 million data points per day, but the expanded version will gather around 30 million data points per day. That’ll give us a good idea of what’s going on in emergency departments in real time: how many patients with COVID-19 are occupying an ICU and how old they are, how many patients are waiting for a bed, what’s the availability of our long-term care facilities, and so on. The OCS also boasts new data streams about the availability and utilization rate of other key resources, such as continuous renal replacement therapy (CRRT). We’re growing in confidence about automation; we’ve developed a method to get the data out of the EMRs that is very reliable, relatively easy and ultra-secure. We’re not collecting any sensitive patient data.

GER: How are hospitals using the information?

JT: They’re saving time in day-to-day decision-making and can quickly answer questions such as: Where do we send the next ambulance, or the next CRRT patient? Who is the most critically ill patient requiring life support? Does this patient need a psychiatric hospital bed? Who has an inpatient bed today, and for how long? Those kinds of questions have become much easier to answer today in Oregon than they were 18 months ago, and that's a huge benefit. You used to have to call around to hospitals to get a sense of where you might send critically ill patients. But we’re getting rid of that telephone game.

GER: What about the cost savings?

JT: If you can get the right patient to the right ICU bed, you’ll be preserving capacity for those who need it. But the system is also helping to lighten the administrative load. We estimate that the new system could save Oregon’s hospitals around 43,000 hours of human effort per year. Normally, hospitals employ people to populate online spreadsheets twice per day and key in all that information. But the OCS removes the need for manual entry.

GER: How will the updated OCS help Oregon’s hospitals during COVID-19 and after?

JT: The OCS has just performed brilliantly throughout COVID-19; it’s never gone down, the data flowed, it’s been there when needed. But the system is evolving. We’ve now categorized the state’s ICUs into four subcategories based on their capabilities to give us a very granular sense of what kind of capacity we have, and where. Asking how many ICU beds you have is not quite the right question; it’s how many ICU beds you have that can take a vented patient, or that can take a patient with a tracheostomy tube. That kind of information is especially important in a big state like Oregon, where the default action might otherwise be to send all COVID-19 patients from rural areas to the Oregon Health & Science University hospital in Portland.

GER: How quickly could this system be rolled out elsewhere?

JT: We anticipate one obstacle to adoption worldwide, and that’s the “frenemy” dynamic between hospitals, whether they are in London, Kolkata, Riyadh or Iowa City. Neighboring hospitals tend to work together while also competing, which is generally something that is very healthy, but it naturally leads to some hospitals being hesitant about sharing data. This natural hesitancy about capacity transparency needs to be overcome. Having said that, Oregon’s major health systems have said “We’re going to do this,” while other organizations such as the Assistant Secretary for Preparedness and Response (ASPR) and the U.S Department of Health & Human Services have helped to fund this expansion. They know they all have an interest in systems like this working.

GER: Are there other states considering adopting a version of the OCS?

JT: I think a year from now, I expect you may see a regional or national system emerge, which could be activated during disaster situations. The country is already divided into ASPR regions, so the structure is already in place for states to form regional bodies. Governments at the state and federal level are thinking hard about this, no doubt about it.

Tiles present and aggregate information gathered from other hospital systems to improve visibility and workflow efficiency, based on hospital-defined standards. Tiles do not make clinical determinations and are not intended for patient monitoring