Malaysia is not unlike other nations in Southeast Asia. Its population has tripled since 1970 and stands at 33 million today, while its GDP has grown nearly a hundredfold in that time. Growth is good, but keeping everyone’s light’s on while striving to cut carbon emissions and reduce air pollution requires some creative thinking.

Earlier this year, Southern Power Generation’s Track 4A Power Plant began operation in the Malaysian state of Johor, just across the strait from Singapore. Track 4A is a natural-gas–fired power plant equipped with the first commercial GE 9HA.02 gas turbine, one of the world’s largest and most efficient power-generating turbines.

HA gas turbines (short for “high-efficiency, air-cooled”) include GE’s latest advances in materials science, thermodynamics and turbine engineering. A power plant’s efficiency is a measure of how much electricity it extracts from fuel. For example, coal-fired plants have a max efficiency of about 47%. Just over a decade ago, no power plant in existence could break the threshold of 60% efficiency, and normally the industry sees increases of 1% take a full ten years. Since the introduction of GE’s HA technology in 2014, new records have been set with startling regularity: a power plant in France equipped with the first 9HA model and set up in a combined-cycle mode — in which steam turbines harvest heat from a gas turbine and generate extra power — rocketed past 62% in 2016. It was followed soon after by a combined-cycle plant in Japan equipped with a 7HA unit that pushed beyond 63% efficiency. Track 4A is equipped with GE’s highly efficient 9HA.02 gas turbine. The Malaysia facility’s accomplishments won it plant of the year honors from POWER magazine and power plant of the world from Diesel & Gas Turbine Worldwide. 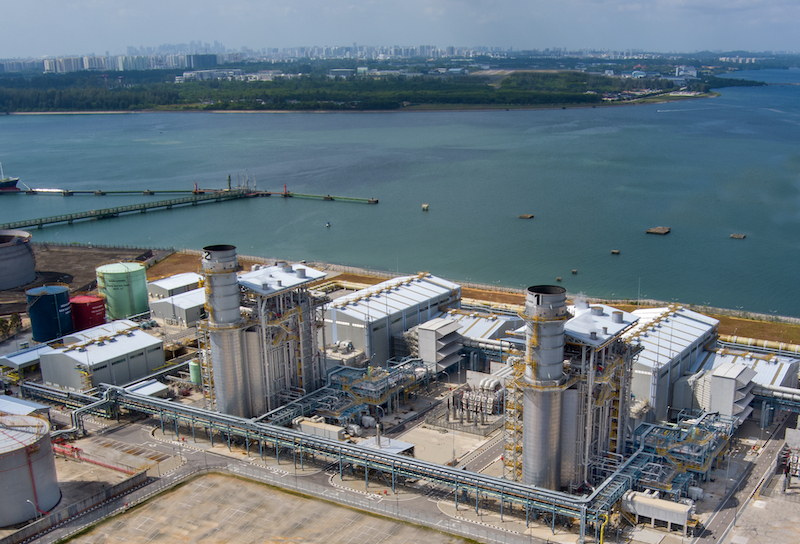 This month GE Gas Power announced that in the seven years since 2014, its HA fleet — comprising the 7HA product line used in parts of the world where the grid operates on 60Hz, like the U.S. and parts of Japan, and the 9HA product line for 50Hz countries in Europe — has now secured orders to supply turbines to its 50th customer. The fleet is operating in 20 countries and is capable of generating more than 26 GWs of power. Worldwide, the fleet has surpassed a total of 1 million hours of operation.

If gains of a percentage point or two seem like no big thing, consider this: When two of GE’s HA units went into operation at a Florida power plant in 2019, it meant .4% more power from every cubic foot of natural gas than was achieved with its predecessor. That translated into $1 million worth of fuel saved per year. In Asia, where natural gas prices are far higher, such a switch could save a producer as much as $4 million a year.

That efficiency also has implications for the environment. Bringing more new technology like HA online allows countries to retire their coal-fired facilities and integrate greater levels of renewable energy. GE’s H-Class gas turbine portfolio has the capability to burn up to 50% by volume of hydrogen blended with natural gas. GE’s H-Class combined-cycle plants could one day be configured with a post-combustion capture system to reduce CO2 emissions by up to 95%. 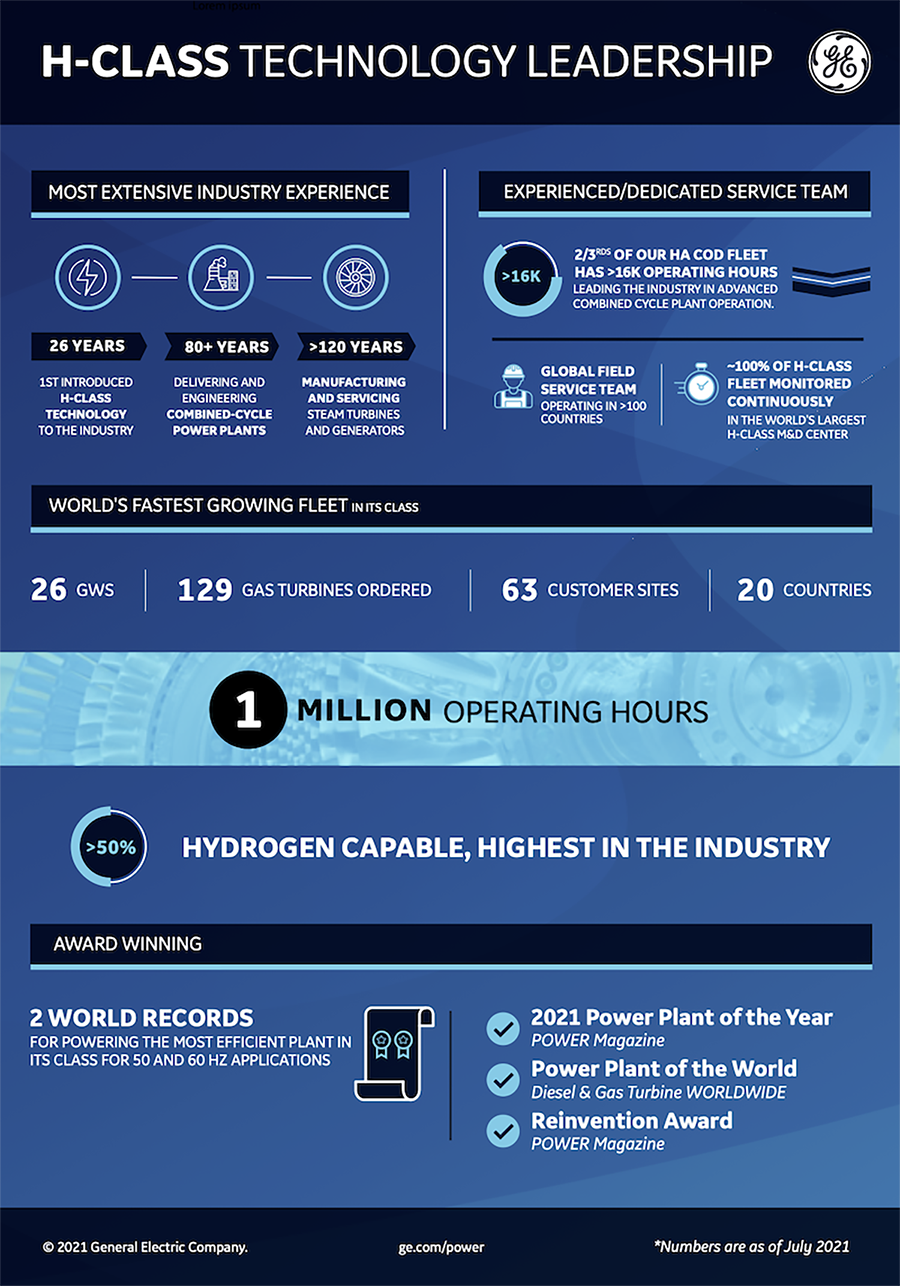 These savings can add up. Last year, GE made a commitment to become carbon-neutral in its own operations by 2030. In GE’s 2020 Sustainability Report, released in early July, the company went even further, with an ambition to be net zero by 2050, including Scope 3 emissions from the use of sold products.

Another bonus of the HA technology is its flexibility. HA turbines employ mixing systems that allow them to gradually dial back to just 15%-33% of their full load while staying in compliance with emission regulations. This is called turndown, and it’s especially important in countries with a high percentage of intermittent renewables on the grid. When wind and solar are not able to generate power at full capacity, or when a heat wave means high electric demand, the HA turbines can turn up and make up the difference in 30 minutes.

“Gas is best-suited to complement renewable energy,” said Amit Kulkarni, head of product management for heavy-duty gas turbines at GE Gas Power. “GE meticulously engineered our H-Class turbines to be an industry leader and help power plant operators thrive in the complex world of the energy transition, providing reliable and sustainable power today and being well-positioned as a destination technology for years to come.”