When it comes to traditional manufacturing techniques, humans have some practice — we’ve been working metal for millennia. But we’ve only had a few decades, by contrast, to get used to 3D printing, in which computer-guided lasers fuse tiny metal particles into complex shapes. Because it’s still so relatively new, there are kinks to be worked out. “We’re finding that while we have capabilities to build features we never had before, we don’t yet have the design tools to take advantage,” said Brent Brunell, technology director for additive technology at GE Research. That’s why GE, Xerox subsidiary PARC and Oak Ridge National Laboratory (ORNL) are collaborating on a new project that they hope will cut the timeline for designing and validating 3D-printed components by two-thirds.

Super models: Funded by a grant from the U.S. Energy Department’s Advanced Research Projects Agency (ARPA-E), the project is a natural fit for GE, which already uses 3D-printed parts in jet engines. The consortium will compile a database of materials that could be used in 3D printing, and take advantage of ORNL’s powerful supercomputers to model how various parts will hold up during the strain of the build process. That should speed up prototype design, Brunell explained: “We’ll be able to produce parts we never could have produced before. And with the push of a button, change the design and get a new part in weeks or months, instead of years.”

Workplace colleagues can often come to feel like family, but the sensation must’ve been especially intense for Kurt Vonnegut Jr.: He and his brother, Bernard, both worked for GE at the same time. In fact it was Bernard, a GE physicist, who recommended Kurt in 1947 for a publicist job with the company. Vonnegut, of course, would go on to become one of the great novelists of the 20th century. But while Kurt imagined science-fiction scenarios, his brother brought science ideas to life: In the late 1940s and early 1950s, Bernard Vonnegut became involved in a fascinating project to modify the weather — trying to make it rain or snow, or to stop hurricanes in their tracks.

Cool science: As summer temperatures rise in the U.S. — which is in the midst of a hurricane season projected to be more intense than usual — GE Reports is revisiting the curious case of Bernard Vonnegut. Part of an initiative called Project Cirrus, Vonnegut and his colleagues Vincent Schaefer and Nobel laureate Irving Langmuir conducted all manner of intriguing research over American skies: Shaefer, for instance, released a bag of dry ice into a cloud over upstate New York in 1946 and set off the world’s first artificial snowfall. The following year, the team dumped 80 pounds of dry ice from a modified B-17 while circling a hurricane off the southeast coast. The project lost funding in 1952, but GE is still studying the effects of ice on, say, wind turbine blades and airplane wings — with the benefit of technologies like supercomputers that, in the Vonneguts’ day, would’ve seemed like science fiction indeed. 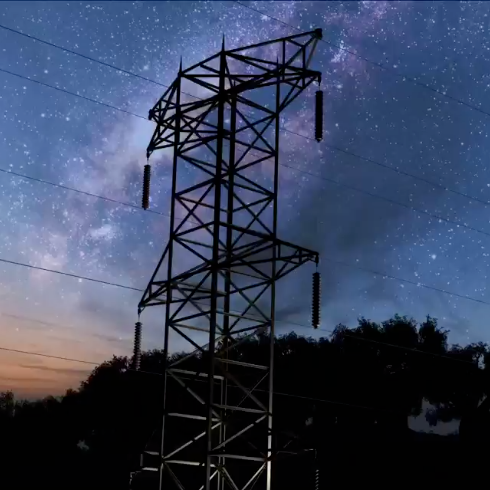 Relying on deep expertise and an abundance of data, the GE Grid Solutions unit of GE Renewable Energy is helping make the electrical grid smarter and more resilient, and bringing more renewables to homes and businesses.

“Additive manufacturing is just a completely different way of manufacturing parts. We’re finding that while we have capabilities to build features we never had before, we don’t yet have the design tools to take advantage.”