Back To The Future: DOE’s Granholm Tours GE Research Lab To See The Energy Transition Unfolding 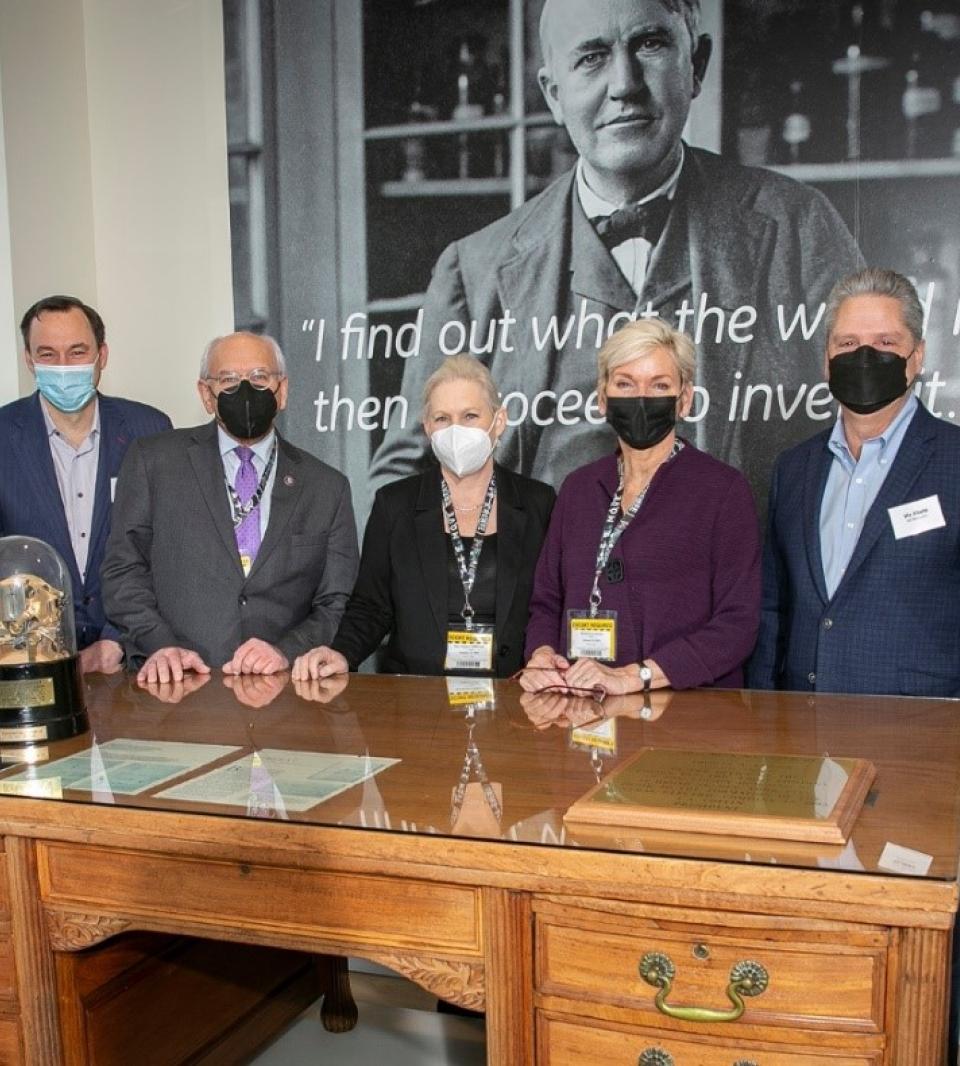 It was a particularly pertinent visit for Granholm. GE Research often partners with the government, industry and academia on technology development. But Granholm’s Energy Department has no fewer than 61 programs with GE Research alone, including many projects focusing on the energy transition to fight climate change. For this tour, the secretary got an opportunity to see the latest technologies that GE scientists and engineers are working on to increase the penetration of renewables, manage carbon emissions and modernize the grid.

One of them is a $20 million project funded by the DOE to develop the world’s largest offshore wind turbine using superconducting generator technology. Dave Torrey, a senior principal engineer, and Courtney Leeds, an early-career Edison Engineer, provided an update on the technology, which has the potential to dramatically increase the turbine’s power while driving up the efficiency and economies of scale for offshore wind. (Named after GE founder Thomas Edison, the “Edisons” are an elite group of new college graduates who get to spend two or three years rotating through several of GE’s many departments.) 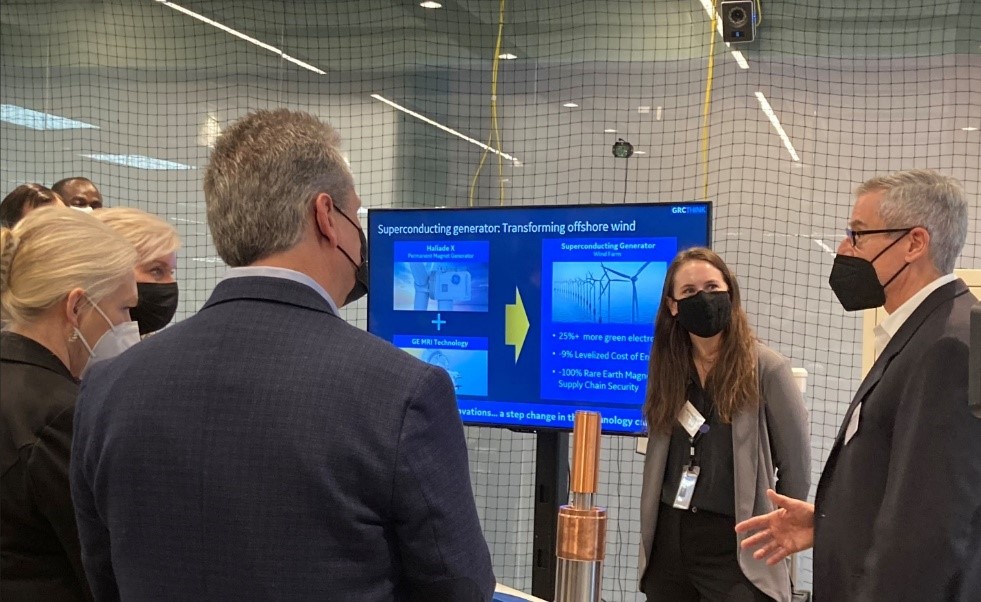 Another DOE-backed project is taking aim at modernizing the electrical grid and making improvements so it will be robust enough to withstand extreme weather and to help bring more renewables online. It’s urgent work. More than 70% of the U.S. transformer fleet, for example, is older than 25 years. About 15% is already exceeding the average life expectancy of 40 years. Granholm met with Ibrahima Ndiaye, a technology manager at GE Research who is leading a project to demonstrate the world’s first large flexible transformer. The goal is to improve the grid’s resiliency, in part by serving as a universal spare for a wide range of transformers operating at different voltage levels. GE scientists are also working on an array of grid advances in such areas as power electronics, controls and digital technologies.

The visitors also learned about the newly created Climate Action @ GE (CAGE) Lab, which is looking for ways to decarbonize not only the power sector but the atmosphere itself. Dave Moore, GE Research’s carbon-capture technology leader, told the guests about the team’s direct air capture work, which brings together GE’s expertise in thermal management, 3D design and special materials to remove carbon from the air.

The decarbonization efforts extend into aviation as well. Scientists are looking at ways to accelerate the adoption of sustainable aviation fuels and develop next-generation engines, including technologies to enable hybrid electric flight. Granholm got to see an altitude test chamber in the Hybrid Electric Flight Lab that can simulate flight conditions at altitudes beyond 35,000 feet. Satish Prabhakaran, GE Research’s hybrid electric aviation portfolio leader, and his team are working with GE Aviation as they look to demonstrate a hybrid electric flight in the mid-2020s.

Said Abate: “GE Research sits at the nexus between our energy businesses and government agencies like the DOE, which allows us not only to accelerate needed innovations but also drive it to its final destination.”

Read more about the visit here.