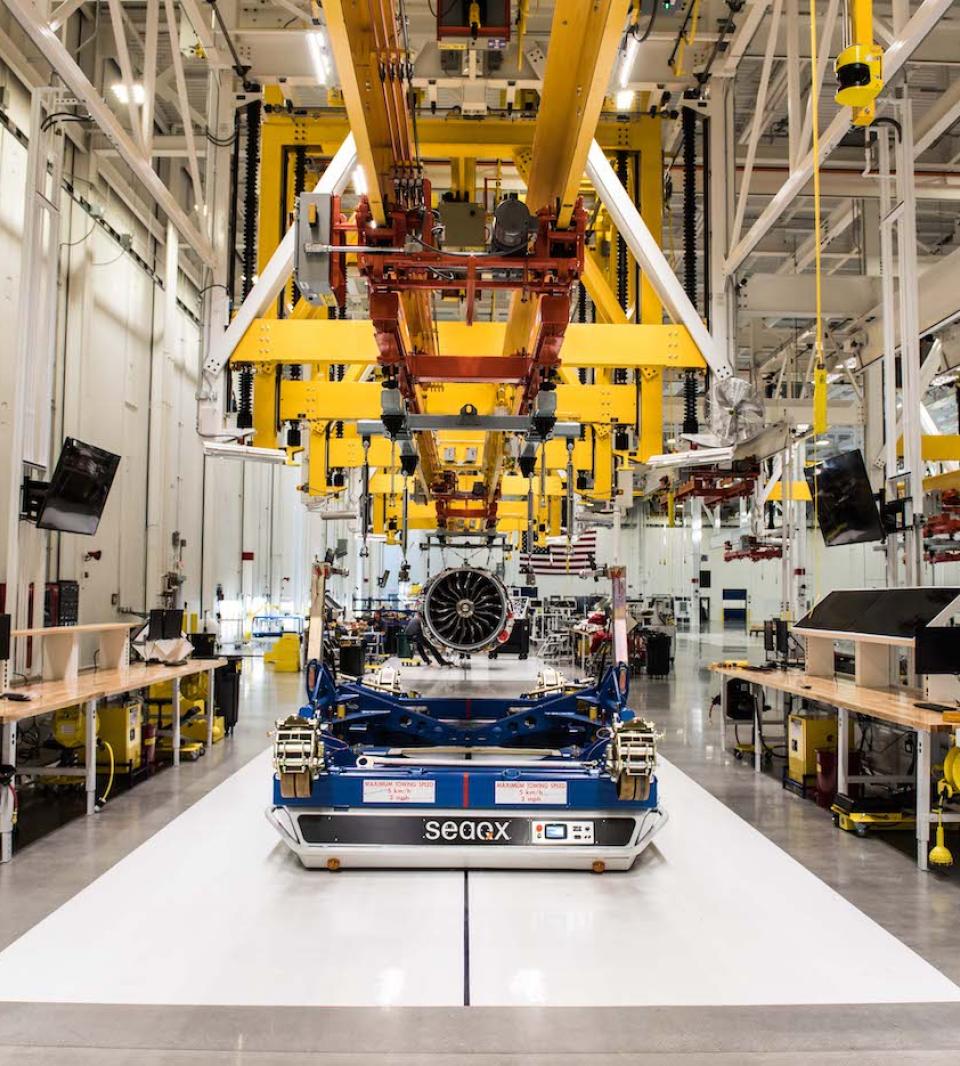 Workers at GE Aviation’s Lafayette, Indiana, jet engine-manufacturing plant were facing a problem. They had to hand-start 48 nuts in a tedious process that forced technicians to use repetitive wrist and hand movements.

A cross-functional team used lean management to come up with a creative solution, one that is now receiving acclaim from the Applied Ergonomics Society. The GE team recently won the society’s prestigious 2022 Ergo Cup in the competition’s largest category, Team-Driven Workplace Solutions with Internal Competitions.

“If you see something, say something,” said Kelsey Barnett, a technician at the GE Aviation factory that is assembling CFM International’s fuel-efficient LEAP engines (pictured above), which power the latest generation of Airbus and Boeing narrow-body jets. (CFM is a 50-50 joint company between GE and Safran Aircraft Engines.)

In assembling the LEAP engine’s compressor module assembly, technicians had to turn the nuts using only a quarter-inch socket extension and with limited visibility. The team developed computer-aided design software to draw up a prototype of a gear-driven socket wrench, borrowing on a gear-and-belt concept from another tool in use at the plant. The technicians added a small mirror to the wrench, which would allow them to see into the blind flange of the module and ensure that a nut is installed. The newly designed tool also allowed them to keep their arms, wrists and shoulders in a more neutral position.

The new nut assembly tool eliminates 16 ergonomic risk factors. It could generate an estimated injury prevention savings of $77,000 and result in an annual operational savings of $2,641. “Really small changes to your tool or work station can make significant improvements to your daily work life,” Barnett told GE Reports. Read here about other ways GE workers are applying lean techniques to improve ergonomics.