NISKAYUNA, NY – August 12, 2022 – With a focus on enhancing hydropower’s role as a grid stabilizer to support other renewables assets coming online, GE Research, the technology development arm for the General Electric Company (NYSE: GE), has been awarded a 30- month, $4.3 million project through US Department of Energy’s Water Power Technologies Office to improve both the operating capacity and flexibility of hydropower assets.

A multi-disciplinary team of engineers from GE Research will work with GE Renewable Energy’s Hydro business, and two major hydro plant operators, Eagle Creek Renewable Power, and FirstLight Power, to outfit three plants with minimal sensors and other tools to enhance the existing operational flexibility by more effectively ramping electricity generation up or down with their hydro assets.

Tiwari said, “Hydro power today already is the most flexible and dispatchable renewable resource, but the growth of other variable renewables, such as wind and solar, will require it to become even more flexible and keep the grid in balance, especially as other traditional forms of base load generation come offline or retire.  We believe this can be accomplished at minimal cost and disruption by outfitting hydro plants with sensors and other tools that allow hydro units to expand their capabilities.”

Tiwari added, “Working together with Eagle Creek Renewable Energy, and FirstLight Power, we will have the opportunity to demonstrate our methods in three grid connected hydro plants.” 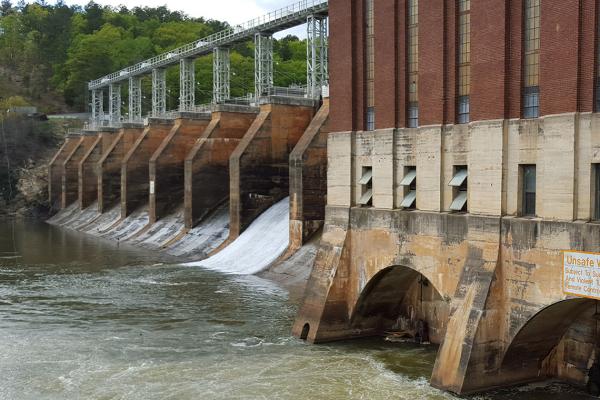 Caption: Pictured at top is Eagle's Creek's High Rock hydro facility in North Carolina, and pictured below is FirstLight's Stevenson Generating Station in Connecticut. Both are among the Eagle Creek and FirstLight facilities being considered for the flexible hydro project demonstrations.

Justin Trudell, FirstLight’s Chief Operating Officer, said “We are very excited to work with our institutional partners to help find new ways to enhance hydropower’s already critical contributions to the fight against climate change. Hydro’s flexibility is vital to our efforts to create a cleaner, more sustainable energy future, ensuring that the growing renewable sector is both reliable and resilient.”

Eagle Creek’s Sr. Advisor, Jose Zayas said, “As we continue to decarbonize our electricity system, hydropower can provide significant system benefits to accelerate the transition to a cleaner grid.  This research project is a critical step in identifying novel and cost-effective ways to unlocking hydropower’s true potential.”

Guillaume Rudelle, senior hydro product manager at GE Renewable Energy, said this project is in lock step with the Hydro businesses’ staunch commitment to advance more affordable solutions that can be widely deployed and harness the untapped flexibility potential of the existing hydropower fleet.

Tiwari explained that a key objective of the demonstration is to show the increased flexibility and operating capacity of hydro plants with existing components, without compromising the life of plant equipment.  Certain hydro plants were initially designed for stable, constant operations with limited flexibility.  The GE Research team believes that with more data and great visibility of plant behavior, they can introduce more variability in operations such as fast ramp ups of hydro units without compromising the life of their components.

As part of the $4.3 million project ($3 million from the DOE, $1.3 million in cost share from GE and its project partners), Tiwari said the GE team will look at a variety of operating scenarios, including the combination of batteries with hydropower and operational improvements for pumped storage hydropower.

“As the nation moves through the energy transition, we will need to introduce more resiliency and flexibility into the grid to handle the changes that are coming,” Tiwari concluded. “Hydro is a key renewable asset and tool for not only producing more clean, renewable electricity, but serving as a stable partner in welcoming other renewables generation to the mix as well.”