When David Tweedie describes what it’s like working on the XA100, a fighter jet engine that has been designed to adapt for improved fuel burn on long patrols or increase thrust in combat situations, he compares it to a robot that could have leaped off the pages of a comic book.

“It’s like a transforming engine — literally,” says Tweedie, general manager for advanced combat engines at GE Edison Works, a business unit dedicated to the research, development and production of advanced technology for the military. “XA100 is an engine that can adapt in flight to mimic a passenger jet engine or a fighter jet engine — all without the pilot pushing a button.”

The XA100 is what’s known as an adaptive cycle engine. It’s engineered to switch easily between high-thrust and high-efficiency modes, allowing it to adapt to just about any situation a military jet could encounter in the air. The engine is currently in testing, but it has been designed for future use in the Lockheed Martin F-35A and F-35C. 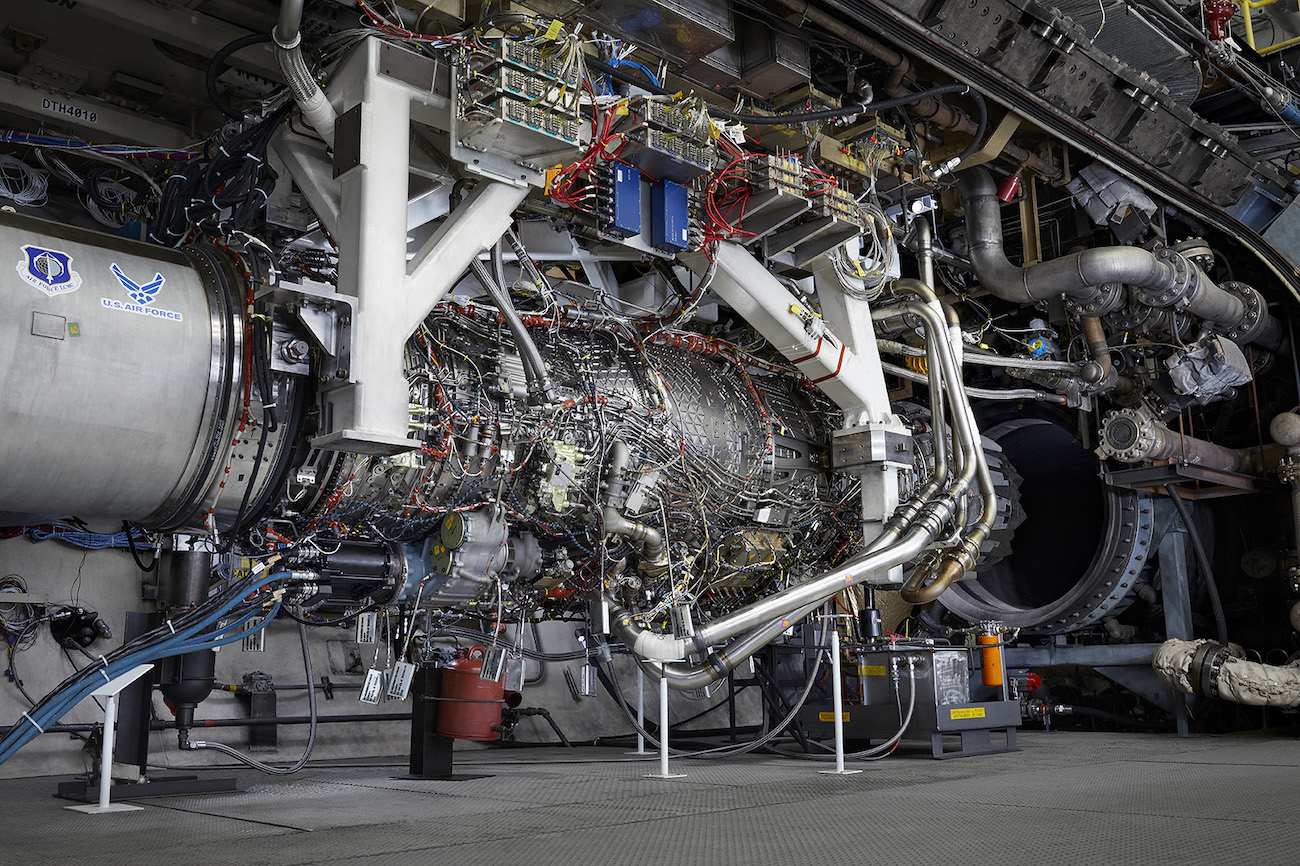 GE has been working closely with the Air Force on an adaptive cycle engine since 2007, first under the auspices of the Adaptive Versatile Engine Technology (ADVENT) program and then through the Adaptive Engine Technology Development (AETD) program. All those years of testing, analysis and Air Force investment paid off last December when the first prototype for the AETP program roared to life and passed its first big test.

Then, in August, Tweedie and his team fired up their second prototype at GE’s altitude test facility in Evendale, Ohio. “This engine wanted to fire up,” he says. “There’s not much I’m allowed to share about testing, but I can share that there was a tremendous amount of excitement. And now we’re fully focused on a successful test campaign.”

They were enthusiastic for good reason. The XA100 combines essential design elements from two different worlds — military and commercial. Fighter jets are powered by sleek, narrow low-bypass turbofans that quickly move air through the engine core, maximizing the amount of thrust from the airflow. But to reach the supersonic speeds fighter jets are known for, fuel efficiency is a fallout. Commercial airline engines, on the other hand, are equipped with high-bypass turbofans, which send the bulk of air through their large fans — the GE9X fan measures 11 feet in diameter — and push less air through the engine core. This helps them cover long distances without refueling stops.

Until now, design engineers had to choose between the two designs. But the XA100’s flow path has been engineered in such a way that it allows the engine to adapt to its mission, automatically switching between a high-thrust mode to achieve maximum speed and a high-efficiency mode to conserve fuel. It opens up what Tweedie and his team call “the world of ‘and.’”

“Legacy fighter engine architecture has limits,” Tweedie explains. “You can make marginal improvements in thrust, fuel efficiency or thermal management, but it means choosing which characteristic to improve and which to leave behind. The adaptive cycle architecture enables transformational improvements in fuel efficiency and thrust and cooling, all in a single package. You don’t have to live with the traditional trade-offs.”

The high-efficiency mode can be a cost saver, too. As is true of airlines, a sizable chunk of U.S. military spending each year goes to jet fuel. A more fuel-efficient engine means using less fuel and less reliance on the air-to-air tanker refueling support fighter jets need for longer missions. It also translates to reduced carbon emissions.

“Over the life cycle of the engine, those fuel savings amount to a significant amount of money that, in effect, helps the engine pay for itself,” he adds. 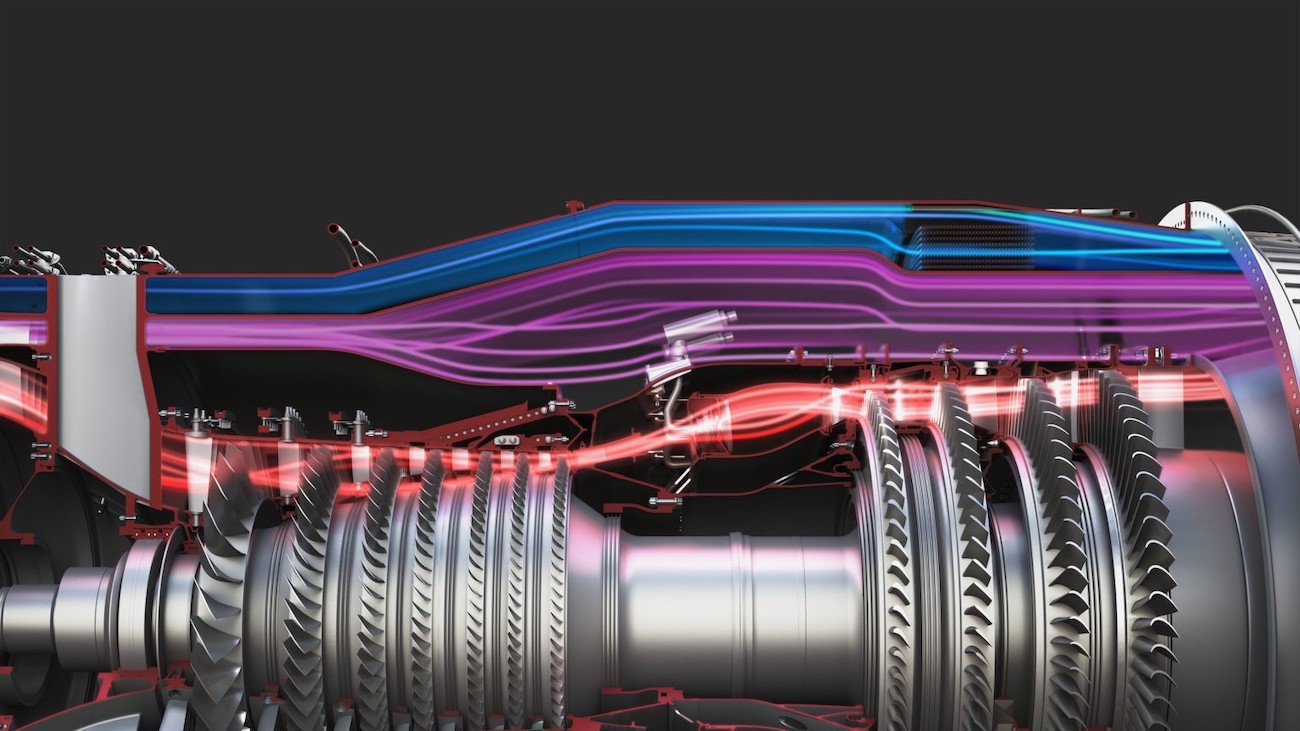 Tweedie describes the two XA100 prototype engines as the “most heavily instrumented engines in history.” Engine instrumentation allows the test team to make sure every part of the engine is performing as expected. But to get from the starting point five years ago to the first two prototype tests required “rigorous design work.” His team, along with their partners at Wright-Patterson Air Force Base in Dayton, Ohio, had to build a new engine “front to back,” he says. This approach enabled this revolutionary engine design while also allowing GE to use cutting-edge manufacturing technologies like additive manufacturing and ceramic matrix composites (CMCs).

“3D printing helped us to create an amazing array of heat exchangers that simply could not be made conventionally,” Tweedie says, referring to the process used in additive manufacturing. “We also have a turbine blade made out of ceramic matrix composites. This is the first engine intended for production that we have put this in.”

As for the crucial testing data, it’s showing the investment in GE’s engine is paying off. The XA100 is demonstrating the performance goals the Air Force set for itself: increasing thrust by 10%, increasing fuel efficiency by 25% and significantly increasing thermal management via the third airflow stream to dissipate heat from both the engine and the aircraft.

“We’ve had the good fortune to mature XA100 in close partnership with the Air Force,” Tweedie says. “With the technologies in XA100, I think having that strong synergy has been key in reaching this milestone.”

GE will continue testing the engine in Evendale, Ohio, before it goes for further testing at the world-class testing facilities of the U.S. Air Force Arnold Engineering Development Complex in Tennessee. Once the team finishes there, Tweedie says, GE will have concluded its work for the AETP program.

“This engine is not a concept or an experiment or a marketing pitch — it’s the future of propulsion,” Tweedie says. “It’s been designed, built, tested and validated. We’re ready to bring it out of the test cell and into the hands of military pilots.”