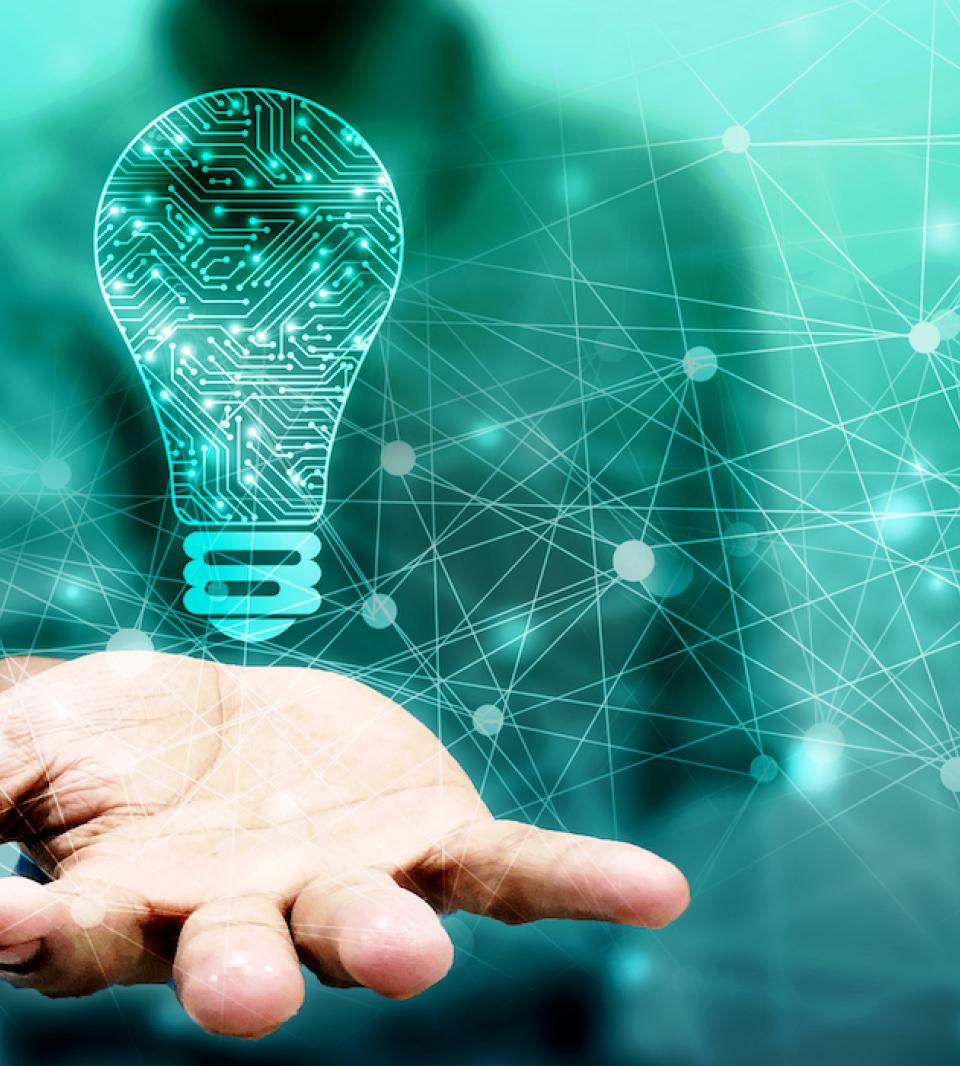 Delving into biodiversity, predicting proteins, and imaging on the go. This week’s coolest things make scientific discovery an everyday adventure. 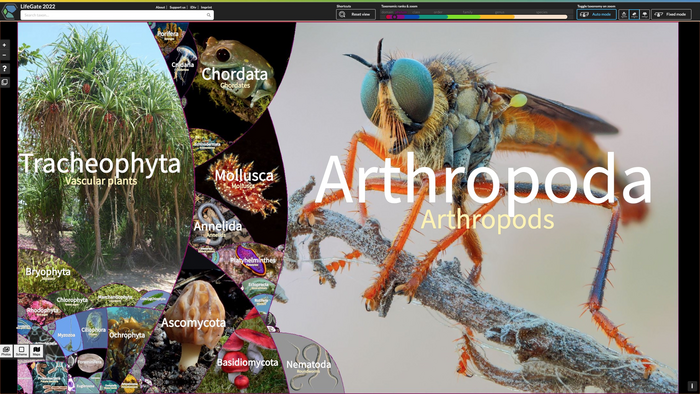 What is it? University of Leipzig researchers created a navigable online map of every species on Earth.

Why does it matter? Unlike scientific diagrams showing the taxonomic classifications of organisms, such as insects, birds, or bacteria, the LifeGate map is a visual family tree that includes all forms of life and is accessible to experts, students, and laypeople alike. “In the future, every online search for animals, plants, or bacteria will start with LifeGate,” said Martin Freiberg, curator of the botanical garden at Leipzig University and creator of the site. “It should become the ‘Google Maps of biodiversity.’”

How does it work? At the initial, zoomed-out level, the LifeGate map shows photos of about two dozen phyla, including vascular plants, arthropods (bugs and crustaceans), and various types of fungi. The photos vary in size according to the relative size of each phylum. As the user zooms in — from phylum to class, order, family, genus, and species — the map resolves into hundreds of thousands of crowdsourced photos at each phylogenetic level. (Not every one of the 2.6 million species has a photo yet.) If you zoom in on the Chordata phylum to mammals, primates, hominids, and eventually Homo sapiens, you’ll find a photo of Freiberg and his daughter. 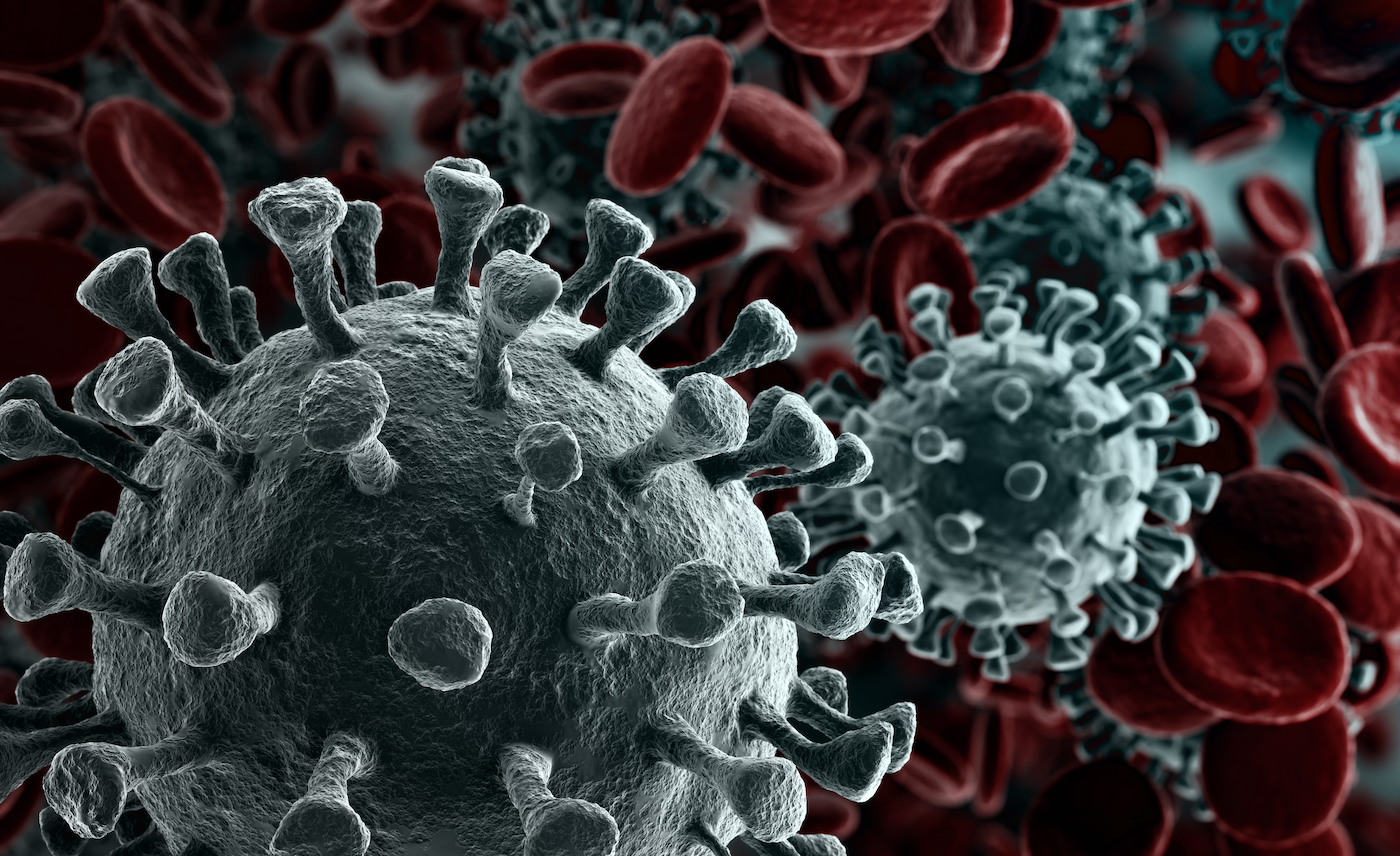 What is it? Francis Crick Institute scientists have identified a target in the coronavirus spike protein that could enable a vaccine that protects against future variants as well as the common cold.

Why does it matter? Most research on the coronavirus vaccine has focused on a specific part of SARS-CoV-2’s telltale spike protein, referred to as the S1 area. The Crick team is homing in on another area, called S2, which is much more similar across different coronaviruses and less subject to mutations, according to Kevin Ng, co–first author of a study in Science Translational Medicine.

How does it work? Researchers believe that while S2 antibodies might not stave off an initial infection, they could fight a range of illnesses. “The expectation for a vaccine that targets the S2 area is that it could offer some protection against all current, as well as future, coronaviruses,” said lead researcher George Kassiotis. In mice studies, the S2 vaccine offered protection against several coronaviruses, including the original strain of SARS-CoV-2, several variants, and the seasonal cold.

What is it? MIT engineers produced wearable ultrasound devices that can record images of internal organs for 48 straight hours.

Why does it matter? Typical ultrasound imaging requires a technician to hold a probe on a patient’s body while they lie in an exam room. The sticker could enable continuous imaging of internal body structures while patients go about their day. “We envision a few patches adhered to different locations on the body, and the patches would communicate with your cellphone, where AI algorithms would analyze the images on demand,” said Xuanhe Zhao, senior author of a paper in Science. (The prototypes are not yet wireless, but that is in the works. GE debuted a wireless pocket-size ultrasound in 2022.)

How does it work? Sonograms are made by bouncing ultrasound waves off an organ or structure of interest. Zhao’s team replaced the bulky ultrasound machine and transducer with a 2-centimeter-square micro-array of transducers embedded in a flexible layer of elastomer. Another elastomer layer adheres to the skin. Between them, a layer of solid hydrogel stands in for the sticky gel required to transmit sound waves from the transducers into the body and back. In tests, the patches created high-resolution images of blood vessels, heart, stomach, and muscles while subjects stood, sat, biked, jogged, and lifted weights. 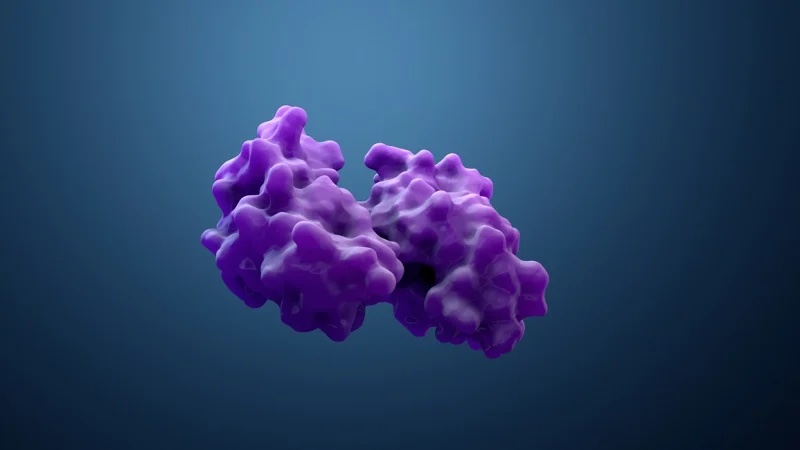 What is it? DeepMind Technologies’ AlphaFold released the 3D structures of nearly all proteins known to science.

Why does it matter? The AI-predicted database now makes the structures of 200 million plant, animal, bacterial, and fungal proteins available for free to scientists around the world. “Determining the 3D structure of a protein used to take many months or years; it now takes seconds,” said Eric Topol, founder and director of the Scripps Research Translational Institute. “We can expect more biological mysteries to be solved each day.”

How does it work? Proteins underpin all of life’s fundamental processes, and their shapes largely determine their functions. To find treatments to cure or prevent diseases, for example, scientists must identify potential protein targets and figure out how drugs will bind to and affect them. DeepMind’s artificial intelligence engine predicted the shape and structure of 1 million human proteins, which made up the AlphaFold database that the company released in July 2021. In the year since, those predictions have been used by 500,000 researchers around the world for drug discovery and biological research. 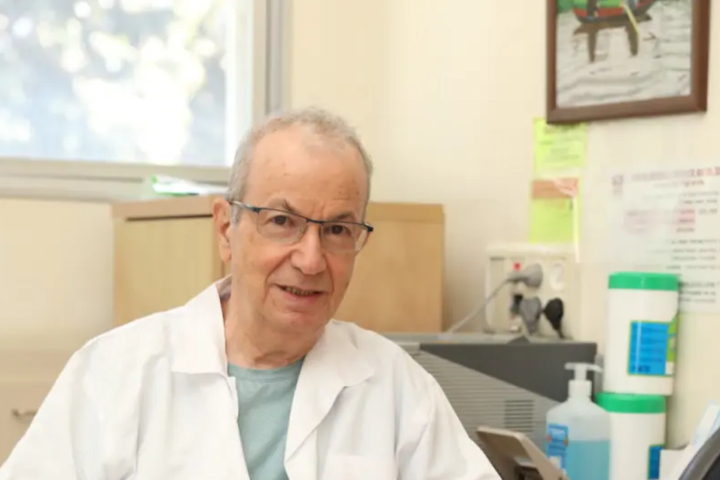 What is it? Scientists in Israel reversed aging in human skin by transplanting it onto young mice.

Why does it matter? Analyzing the molecular differences between old and rejuvenated skin helps pinpoint what really happens when bodies age — and what could be done to address it. “Dissecting the key drivers of human organ aging and developing effective molecular strategies to prevent or even reverse it surely constitutes one of the most fundamental missions of biomedical research,” the researchers wrote in a study in Science Advances.

How does it work? Led by Amos Gilhar and others at the Rambam Health Care Campus and Technion-Israel Institute of Technology, in Haifa, with collaborators in Europe, the research team grafted pieces of aged human skin onto young and old mice. A month later, only the grafts on the young mice had improved. They were thicker and less flattened out, had a stronger protective barrier, and produced more melanin. This last finding suggests pigmentation may play a more important role in skin aging than was previously appreciated.