Power Play: This Plant In Malaysia Can Now Provide The Equivalent Of 10% Of The Country’s Electricity Needs

As developing nations around the world work to balance their growing populations and electricity demands with decarbonization goals, Malaysia, a rapidly emerging economy with 33 million people, is providing a case study in transitioning from coal to natural gas, a fossil fuel with a significantly smaller carbon footprint than coal.

Phasing out coal and replacing it with natural-gas-fired generators can reduce CO2 emissions by up to 67%. Malaysia plans to phase out of coal-fired power generation, with an expected 7 GW of coal power to be retired by 2033, leading to a notable increase in other energy sources including gas. But there’s even more to the turbines powering the Alor Gajah plant: its combustion system is engineered to burn a blend of natural gas and up to 50% hydrogen.To learn more about using hydrogen as a fuel in gas turbines, watch this video from GE’s “fuel guy,” Jeff Goldmeer. 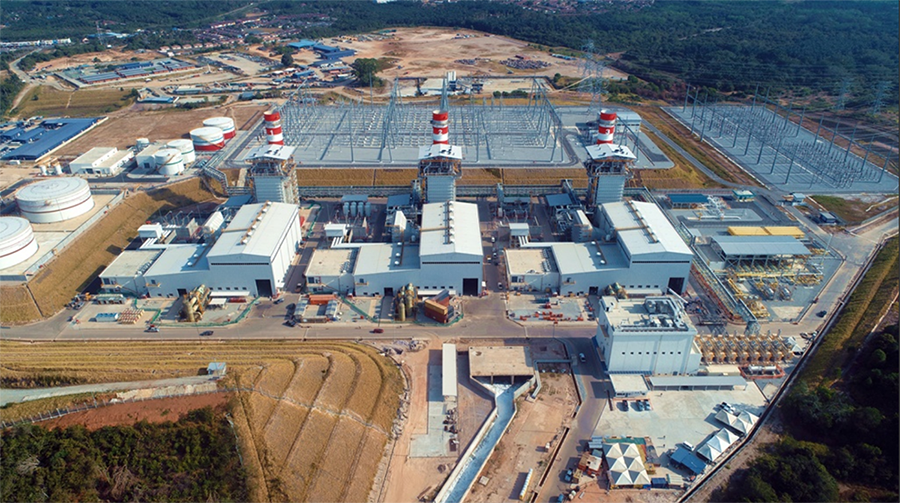 GE has been helping Malaysia power its economy since 1975, with gas turbines operating in the country now capable of generating more than 7 GW of electricity.

A bit farther north, China is also investing in H-class turbines. A 2021 project in Tianjin City replaced an outdated coal-fired facility with a 661-MW gas power plant, and in 2023 two new GE turbines are expected to begin generating 1.34 GW of electricity for the Pearl River Delta region, home to some 86 million people.