For Abbey Bugenske, the decision to get vaccinated against the COVID-19 virus was a natural one. “I got it purely on my own, wanting to protect the people around me,” she says. Protecting herself, along with her friends, family and colleagues at work? It just made perfect sense.

What made a little less sense was the message she received on the evening of May 26. She was motoring up I-71 from Cincinnati to Cleveland to visit her parents and hunt for a used car over Memorial Day weekend when her cell phone registered a call from an unknown number in Columbus. Puzzled, she picked up. The first thing she heard was Mike DeWine, the governor of Ohio, introducing himself. The next thing she heard was that she’d won $1 million in Ohio’s Vax-a-Million lottery, which the state had recently set up to boost public participation in the COVID-19 vaccination program.

“I didn’t believe Mike DeWine was calling me,” Bugenske says. “And then he followed with [the message] that I had won a million dollars. I definitely didn’t believe him then.” This was about five minutes before they made the official public announcement. “So I had a little bit of time to freak out in my car alone,” she says.

Still, she couldn’t help wondering if it was a prank. She recalled her mom sending her the Vax-a-Million link and encouraging her to sign up. “Why wouldn’t I sign up for it?” she remembers thinking. “I had already done all the heavy lifting, which was just going and getting a vaccine, which isn’t heavy lifting.”

By the time she reached her parents’ house, her phone was blowing up. Calls, texts, Facebook messages and Instagram follows were rolling in. “Then I knew that I actually had won the first Vax-a-Million,” she says. “Kind of crazy.”

That may be the understatement of this totally crazy year. But Bugenske is taking it in stride. After all, she’s got other things on her mind. In less than 12 months, she’s gone from finishing up a mechanical engineering degree at Michigan State to landing a spot in GE’s prestigious Edison Engineering Development Program. She was not unfamiliar with the program — both of her parents had been “Edisons” at GE — but she was still figuring out what direction she wanted to go in during her last year in school. And GE wasn’t the only company she was looking at with a rotational program for young engineers.

One of the things that nudged her in the company’s direction was a manufacturing internship she completed one summer during college with GE Oil & Gas (which later merged with Baker Hughes). Working in a small manufacturing plant for ten weeks, she helped design a new press to assemble scintillation detectors, which help measure gamma rays in oil drilling operations. “When I came in to the internship, I started that project. And when I left I made sure the press was in production and being used,” she says. “It was a very start-to-finish role. I really enjoyed that.”

Bugenske also liked the way GE’s Edison program gives participants the chance to soak up as much industry experience as possible by rotating them through various departments over the course of two or three years while they simultaneously complete a master’s degree in engineering. Ultimately, when she got the job offer, she was sold. “GE has been kind of a dream company for me for a while,” she admits. “Toward the end of college, I thought aviation would be a really good field to go into — a lot of new technology and just a great place for an engineer.” 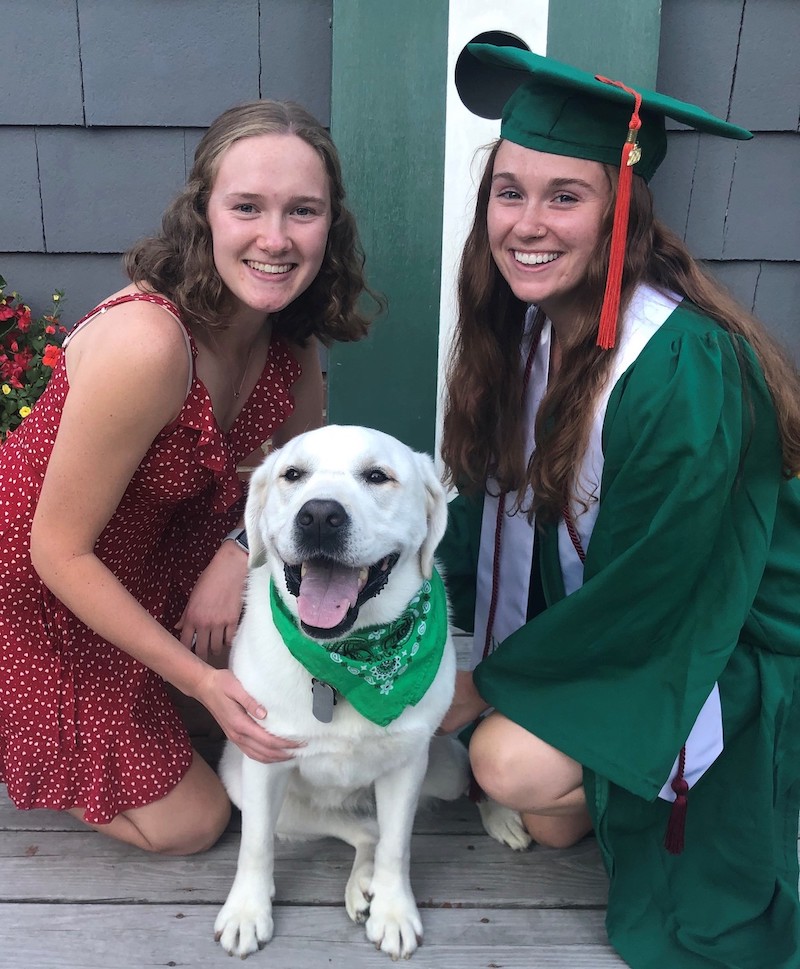 That dream has come true, but it hasn’t necessarily come easy. Bugenske’s current rotation at GE Aviation involves working on efficient gas turbines for power generation called aeroderivatives. As their name implies, the turbines have been “derived” from engines originally designed for aerospace. “We’re called ‘the penguins,’” she says, because engineers took jet engines built for flight and reconfigured them for terrestrial use in power plants and on ships. At the moment she’s working as a systems engineer on the LM9000 gas turbine, a derivative of the GE90 jet engine GE built for the Boeing 777; she focuses on the turbine and compressor sections. The team just shipped its first engine, a major milestone for the program. But the testing and fine-tuning never really ends. “There’s a lot of parts,” she notes. “Having no aviation experience before coming here, it’s been a lot to take in. But I think the learning curve has definitely leveled. And at this point, I’m just excited to dive deeper.”

For her next Edison rotation, she’s looking at more advanced programs “where the initial design happens,” she says. “I think that is a really good place to understand why we do the things we do at GE — why we designed a part this way instead of that way and just really understanding the part and how it works.”

If she had to put a finger on where her passion lies, it’s seeing the machines she works on come to life. “I like making things,” Bugenske says. She knows she’s only a small part of the process at the moment, but “just getting to be a part of designing whatever part within the engine and then seeing it all come together and fly a plane, that’s pretty cool.”

In the meantime, she’s got her own personal punch list to deal with. She’s still in the market for that used car. She’s pursuing a master’s degree in aerospace engineering at Ohio State. And then there’s the small matter of the $1 million the governor just sent her. She’s not sure what she’ll do with the money yet, but she plans on giving some to charity. “I’ve definitely got a lot of recommendations to talk to a financial adviser,” she says.